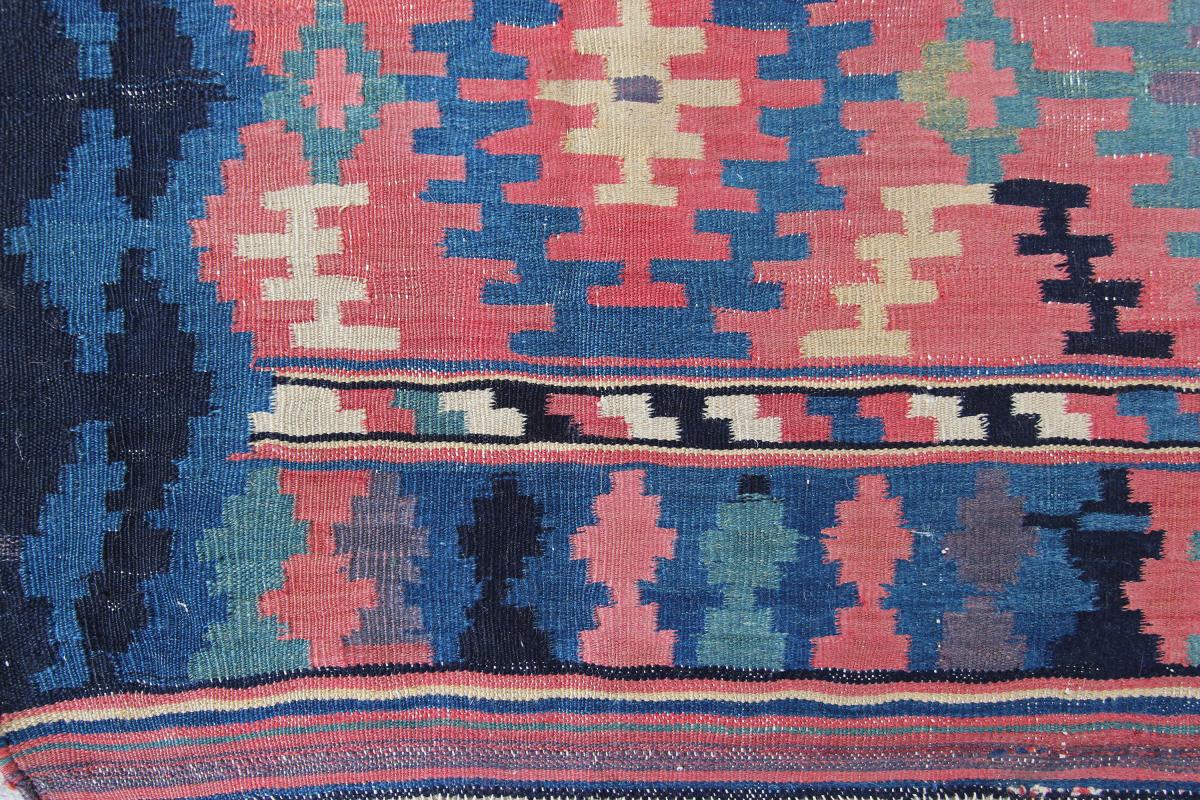 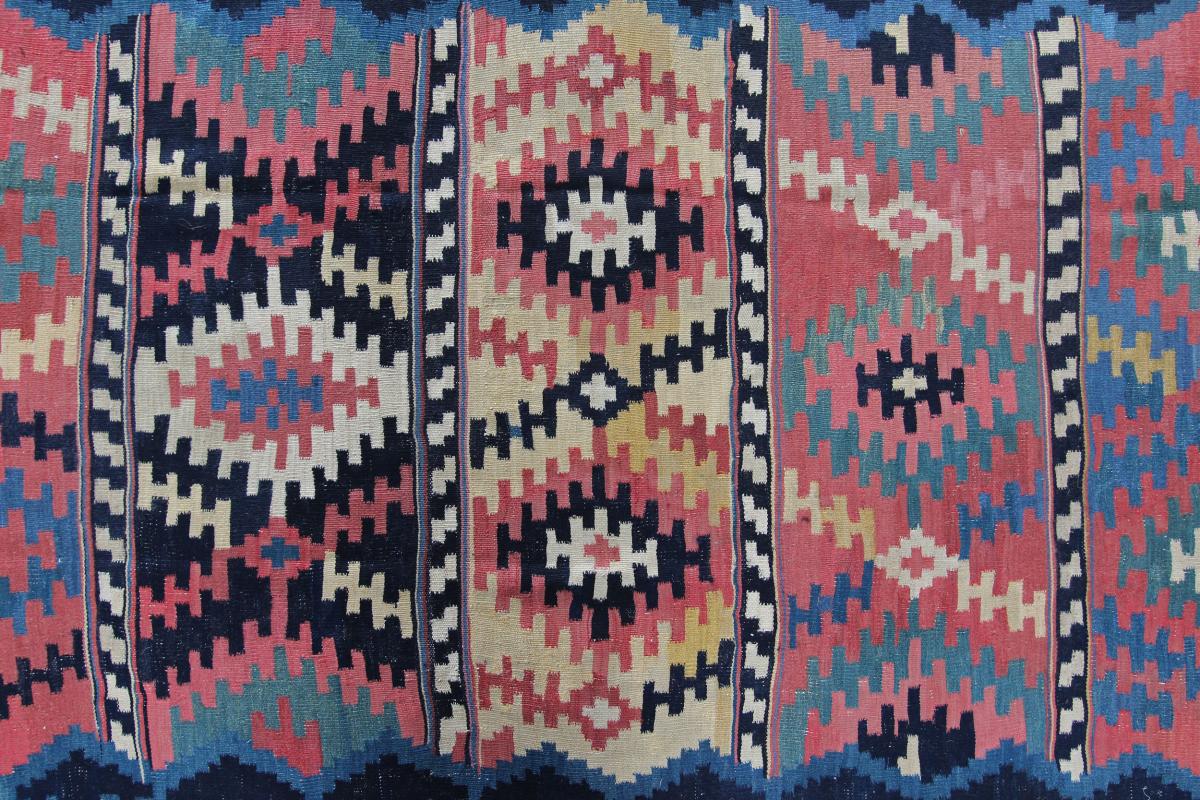 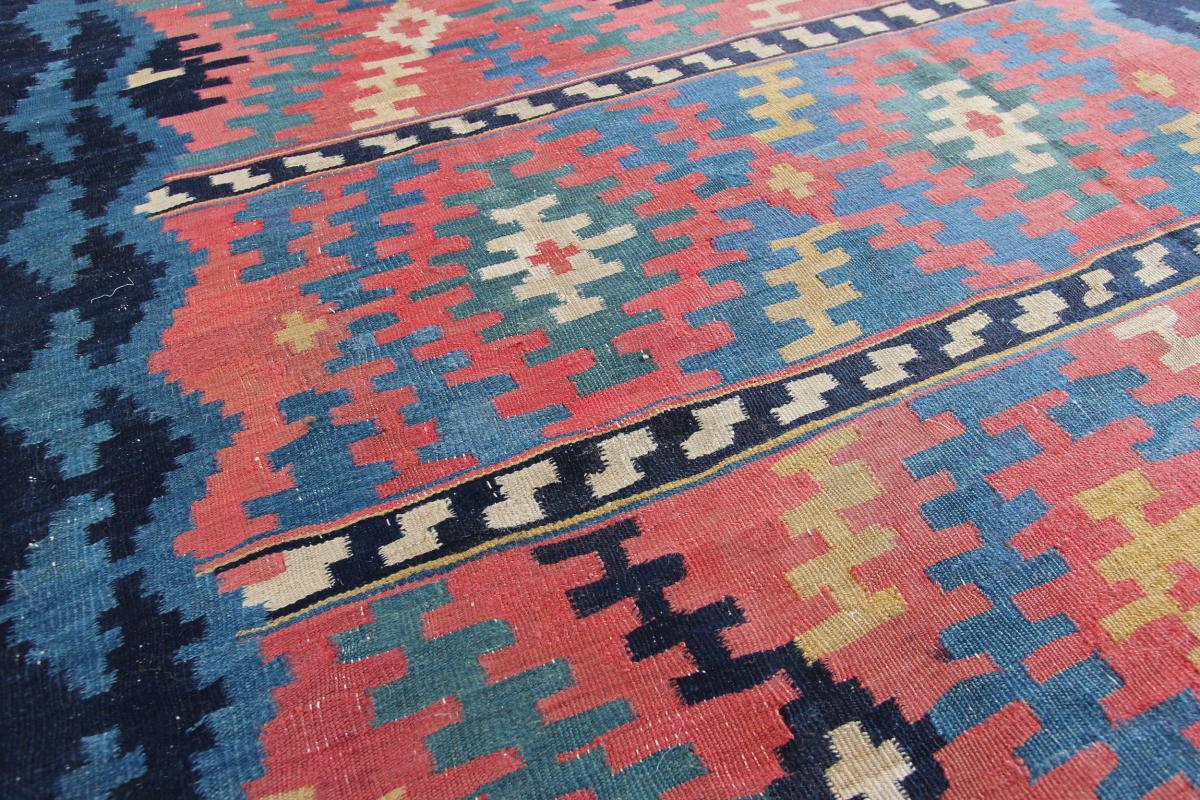 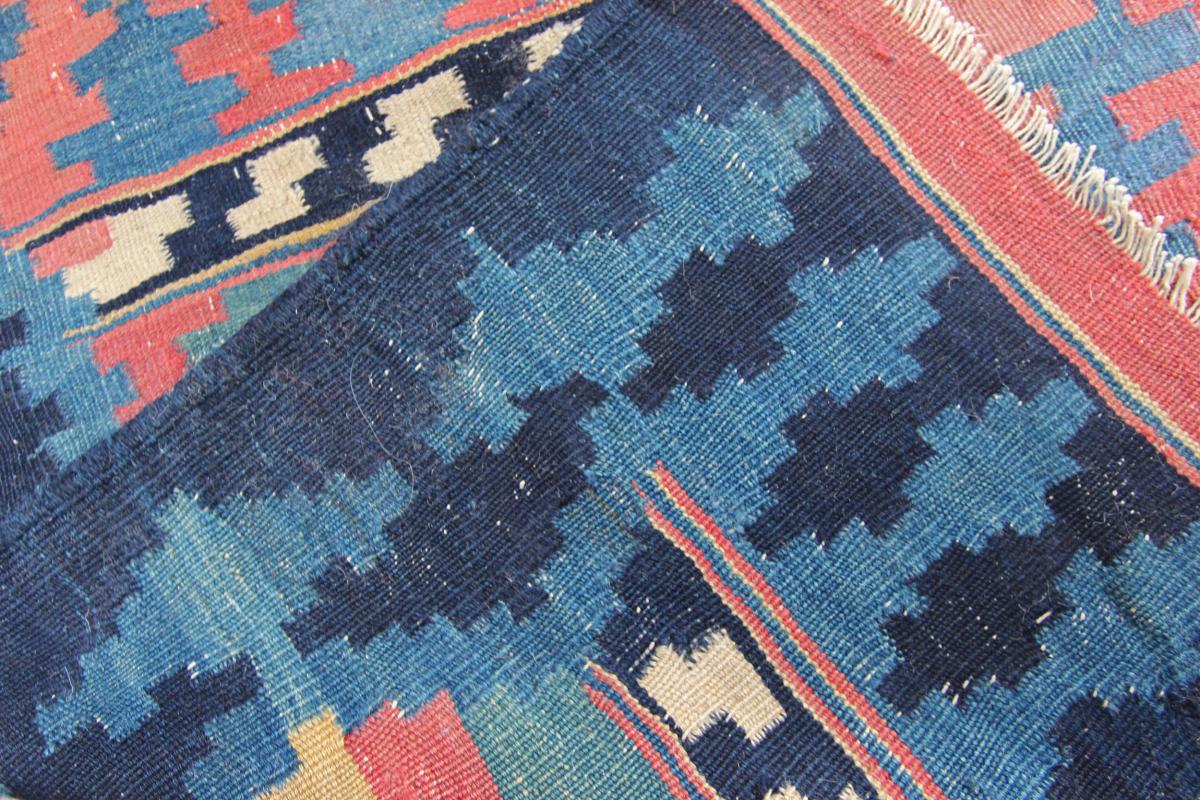 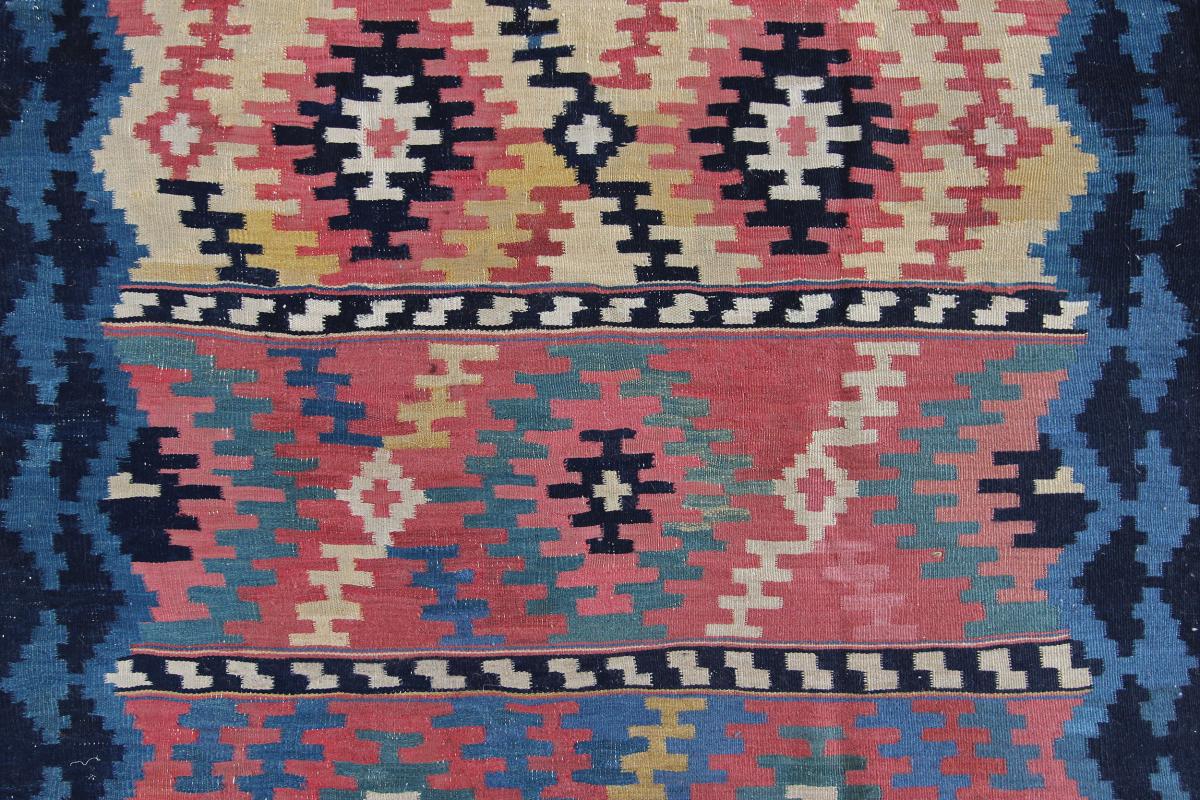 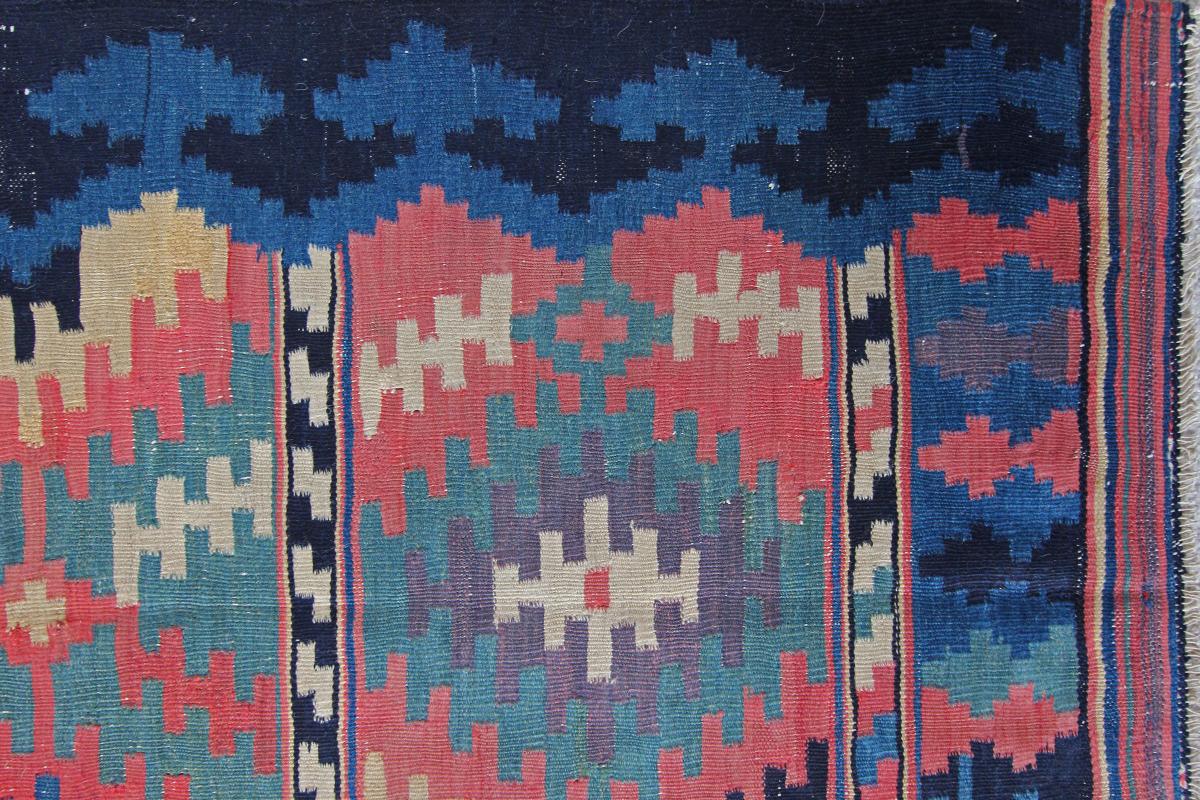 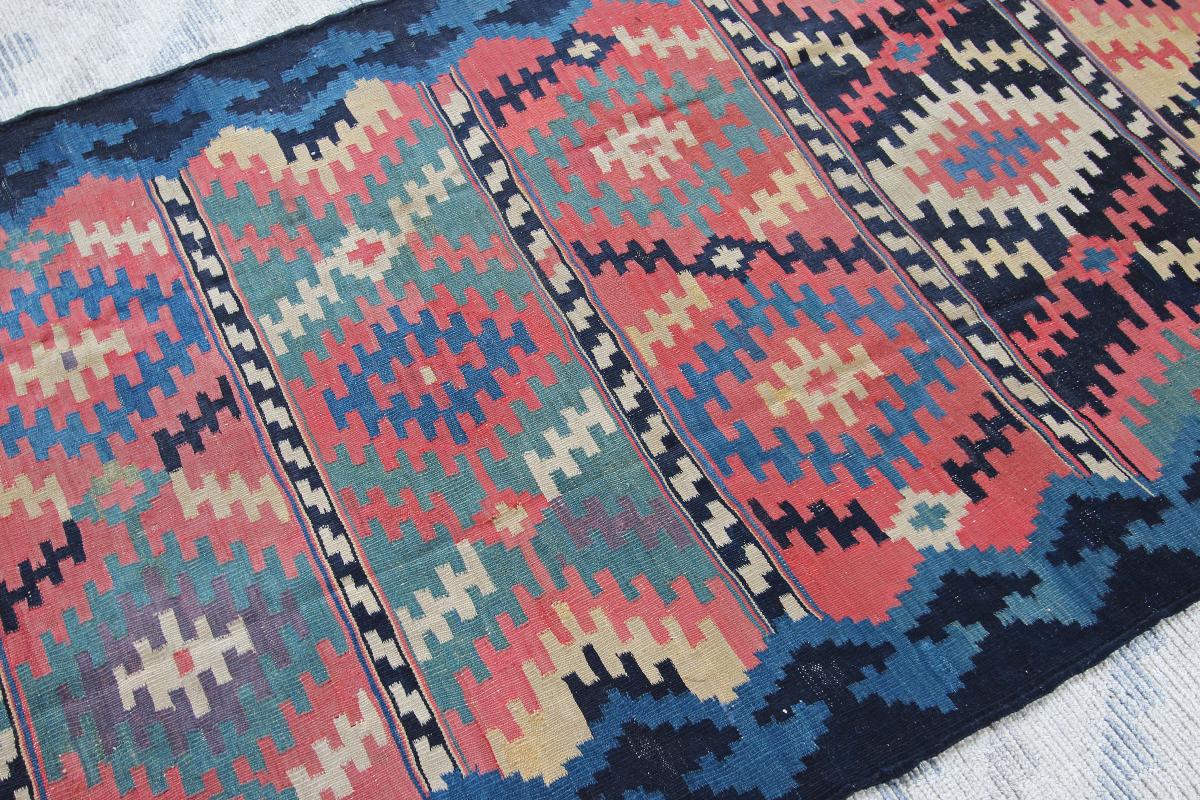 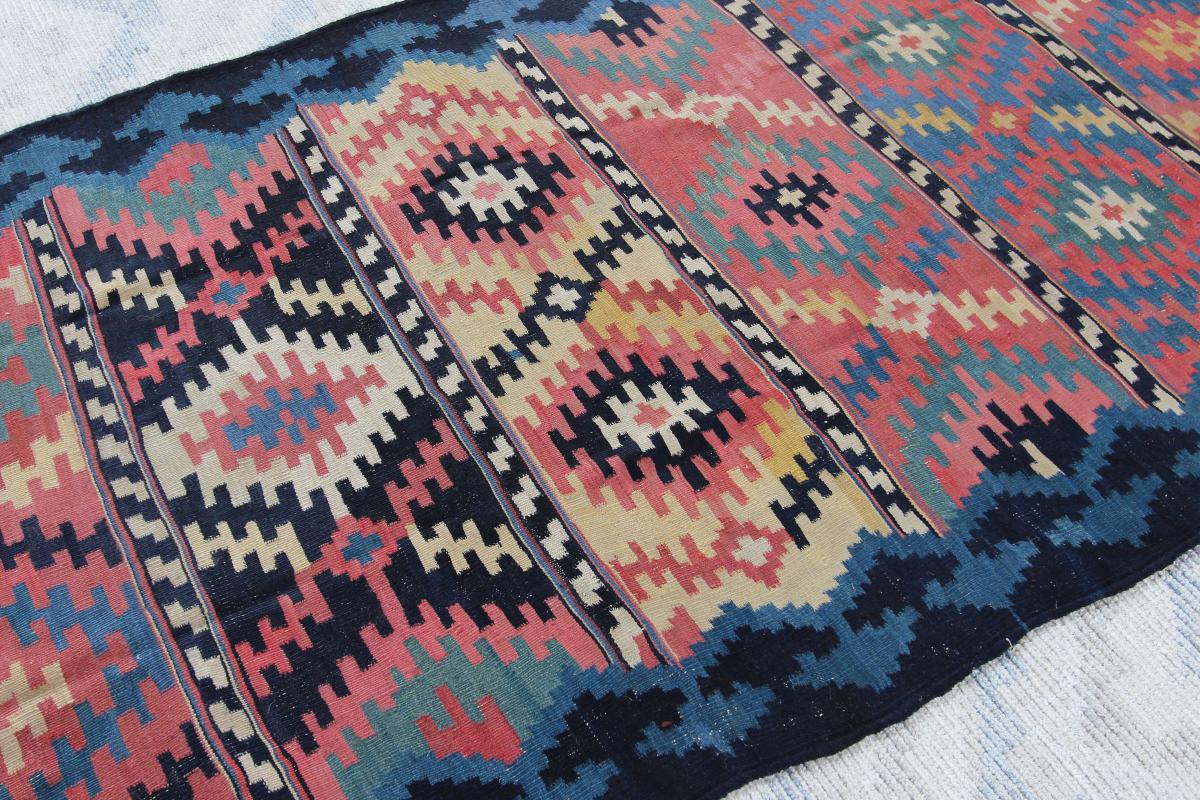 A vibrant tribal antique Shashavan Kilim woven in the late 19th century with gorgeous natural dyes and a lovely variation of colourful dyes.  This striking geometric design has such a contemporary feel to it, the colours combined are amazing! We just love the yellows in this runner! These tribal weavers from the northeastern Persia reside in the mountainous area.  This area was home to a smaller group of tribal weavers and these diverse weavings were based on vivid geometric designs usually with medallions repeating throughout such as this piece.  The Turkish memling gul is often found on these pieces too and we can see other Caucasian rug attributes too from these pieces which are full of rainbow colours!

Condition is extremely good, with soft wool on this flat weave.  Some small areas of old restoration, in general it is in great  original condition.

Shashavan runners are sometimes known as Southern Caucasian rugs but maybe this is due to their close proximity to the Caucasus.  Historians claim the Shah Abbas Safavid (1587-1629) formed this tribe to defend western frontiers against Turkish tribes, hence how the Shah was used to form this nomad tribe.

Request a home visit to see this beautiful tribal runner at home.  We travel nationwide helping customers and interior designers find the perfect carpet, rug or runner to suit an interior.

Condition is extremely good, with soft wool on this flat weave.  Some small areas of old restoration, in general it is in great  original condition.