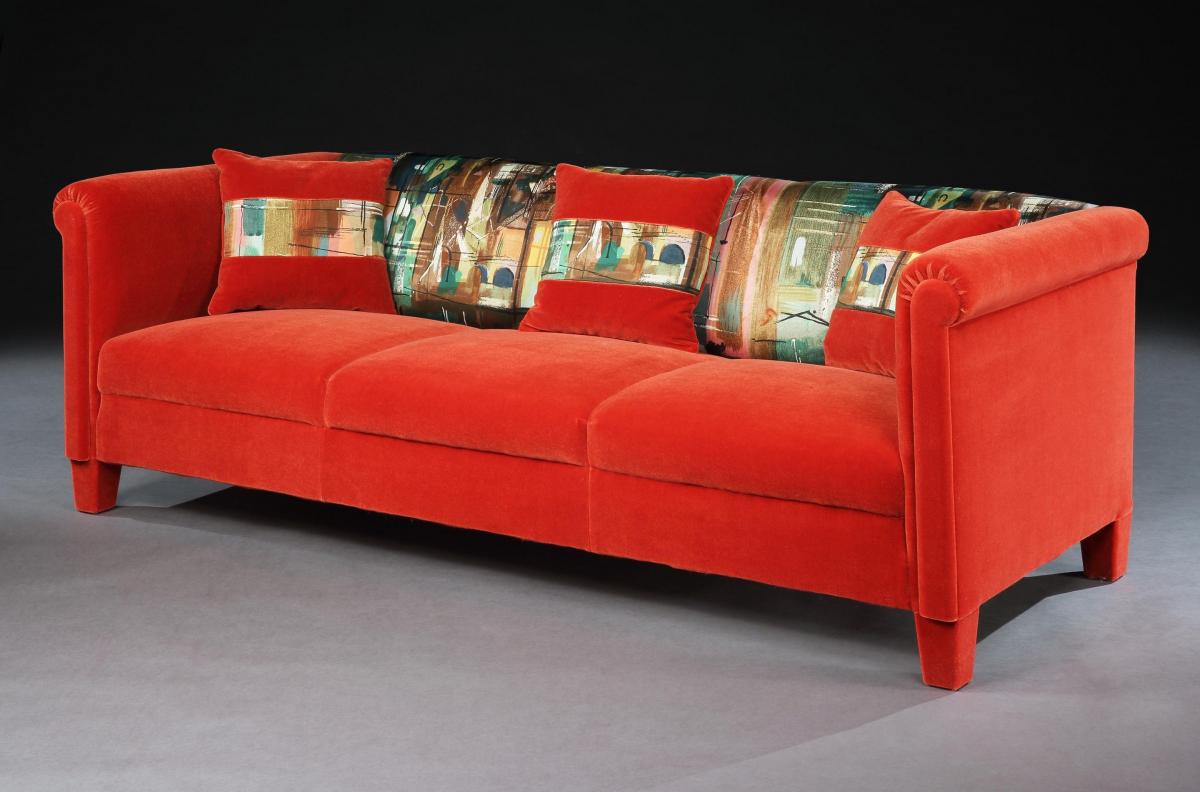 Incorporating 'Stones of Bath' into this settee is inspired the Pipers use of one of the five designs commissioned for their centenary, ‘The Glyders’, as loose covers for the chairs at their home Fawley Bottom which John Betjeman called ‘Fawley Bum’.

'Stones of Bath' is one of five John Piper (1903-1992) designs commissioned by Arthur Sanderson & Sons in 1959 for their 1960 centenary celebrations. In 1962 Sanderson's screen printed ‘Stones of Bath’ on their Sanderlin fabric, a satinised linen which gave the design a shimmering, restless texture.

This was ideally suited to the play of light depicted on the stone in the architectural repeat of buildings in the city of Bath.

A piece of this fabric which is in the collection of the V&A was exhibited at the John Piper retrospective held at the Tate Gallery, London, 1983. Reference: 'Artists’ Textiles in Britain 1945-1970', Cat. No. 74.

From the late 1950's to the early 60's there was interest in painterly textiles that demonstrated the unique potential of screen printing, with its ability to capture the quality of brush-stroked colour.

"The monumental grandeur of many artists' textiles in the early 1960's was necessary if they were to work in the large scale architectural interiors of the era which witnesed a rapid growth in new public buildings, all which required furnishing with suitably prestigious fabrics".