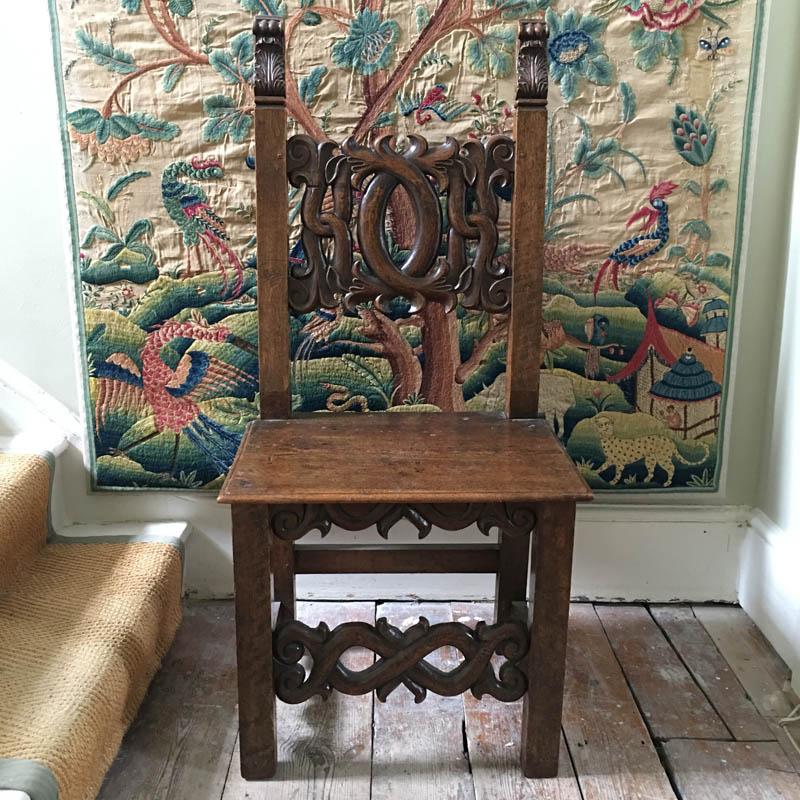 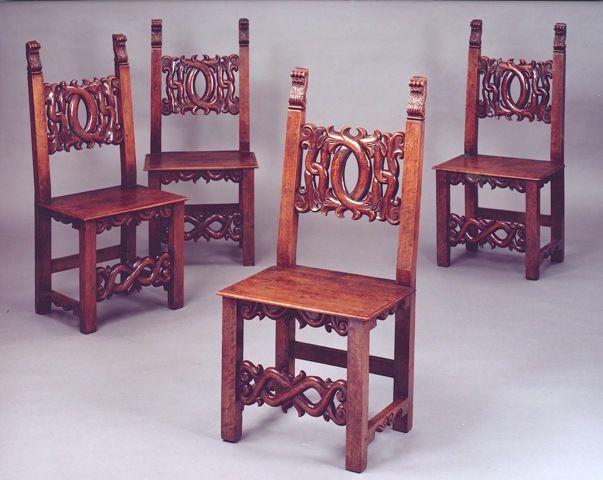 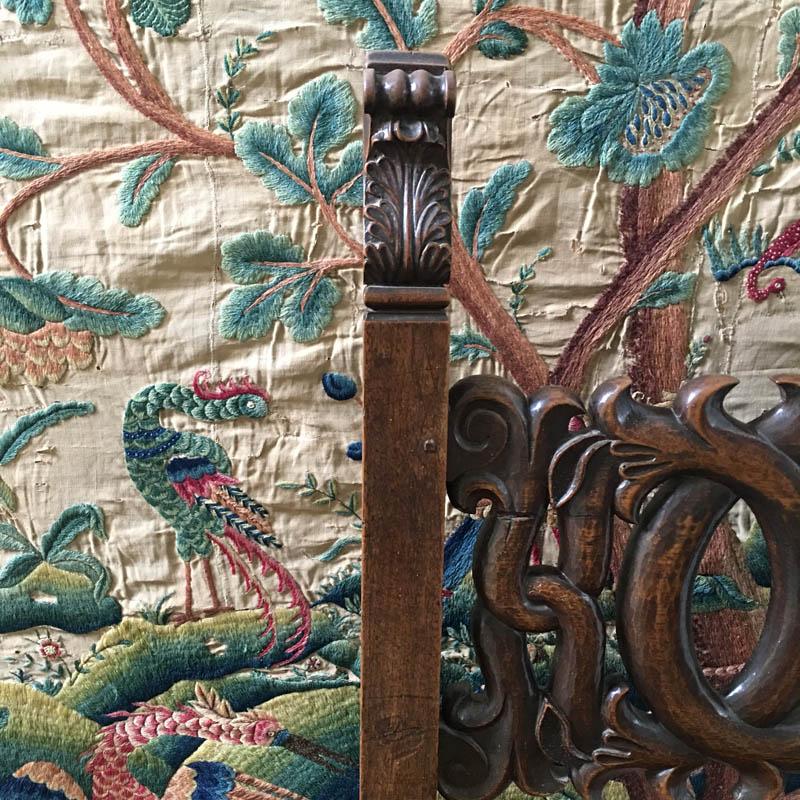 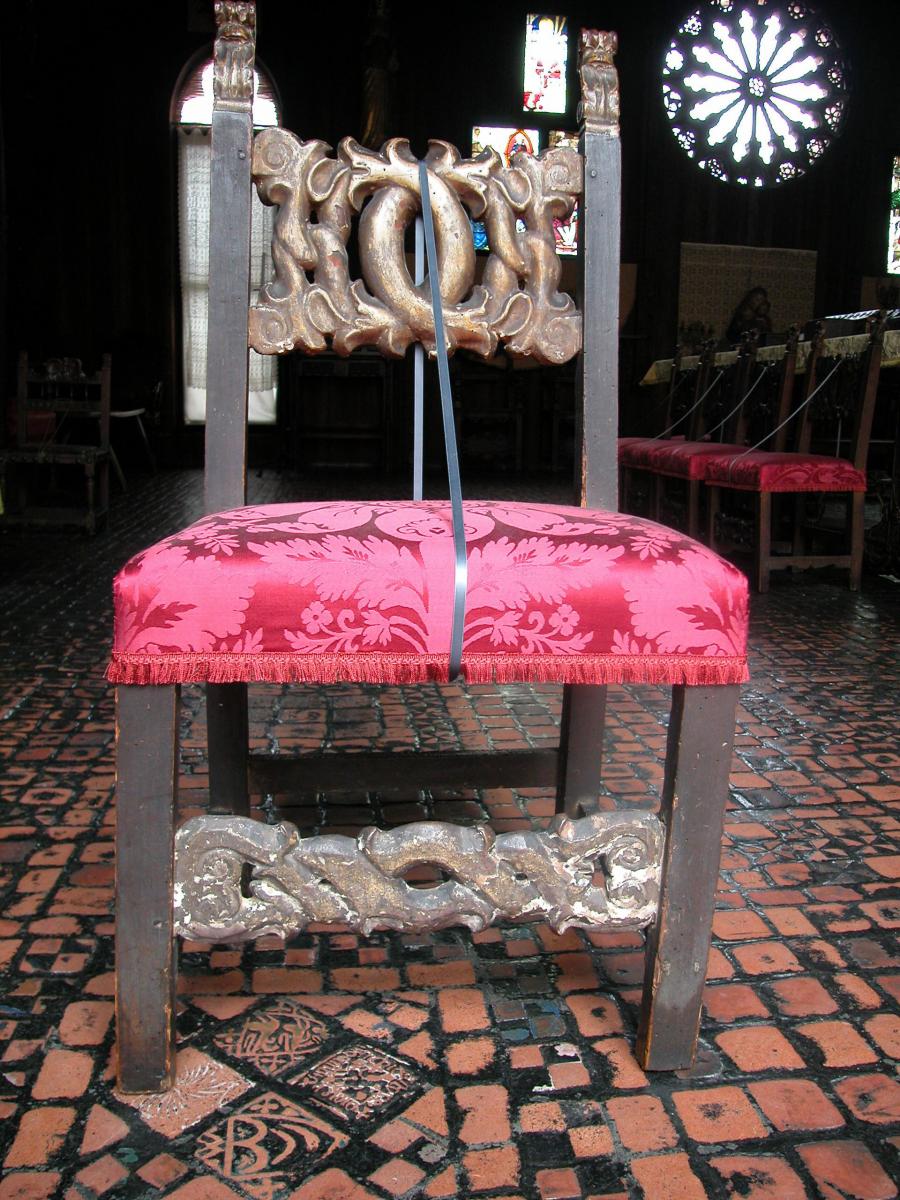 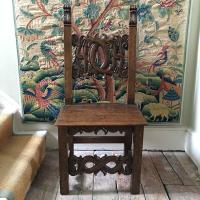 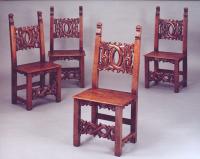 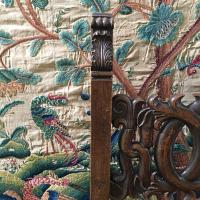 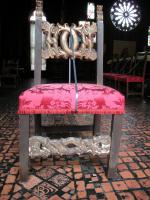 These chairs are likely to have been bought by him, or his successor, John Paul Getty, who owned the house until his death in 1976.

These chairs are very similar to a set in the Isabella Stewart Gardner Museum, Boston (in the Gothic Room).

The unusual and striking design of stylised branches has parallels back into the mid-15th Century. The infilling of pierced marble panels by Donatello in San Lorenzo, Florence, of that date, show an even more naturalistic treatment.(1) The delicately carved finials of these present chairs have counterparts in the 16th Century and are closely similar to those on chairs in the Palazzo Vecchio, Florence,(2) and to related chairs from Bologna and Ferrara.(3)
_______________