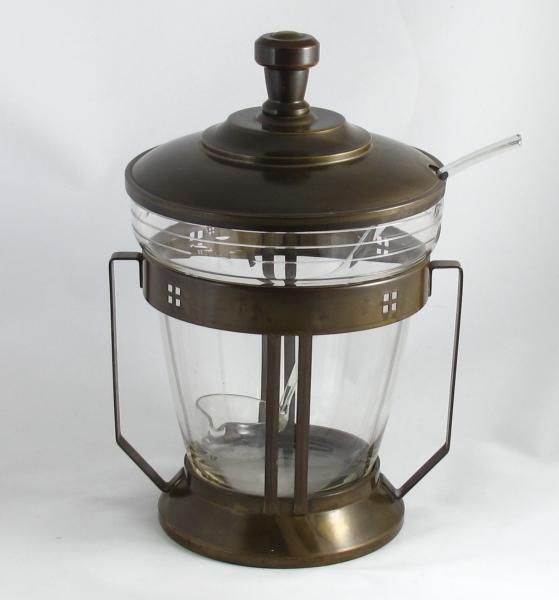 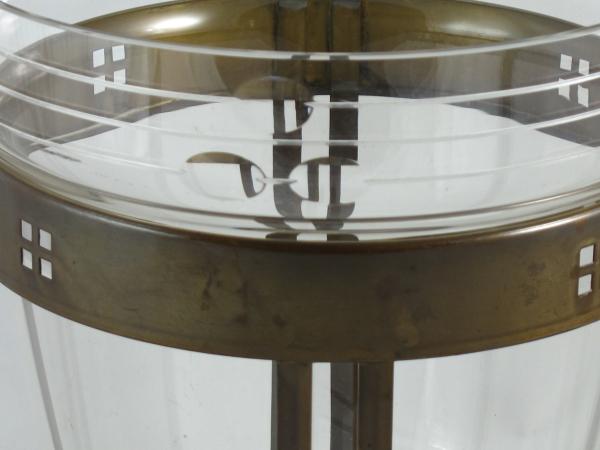 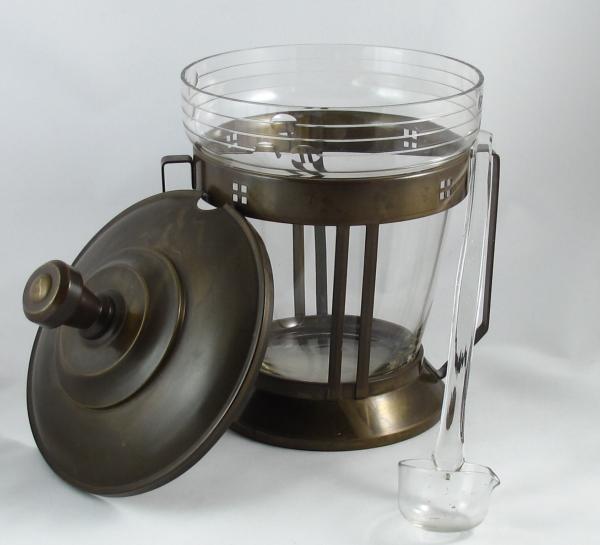 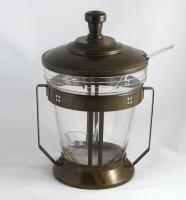 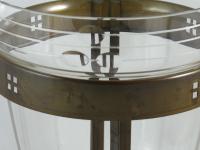 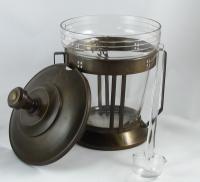 Approx height (including cover) 36 cm and max diameter 21.5. It is very rare to still have the original glass punch ladle.

Hans Ofner (1880-1939) architect and designer. Studied at the Vienna Kunstgewerbeschule under Josef Hoffmann.

Little is written on Ofner, his designs for small metal and glass tableware executed by Bakalowits & Sons and Argentor Werke as well as Wolkenstein & Glückselig Wien appear in The Studio and other journals in 1906 and were very similar to the works of the Wiener Werkstaette.

This movement included painters, sculptors, and architects. The first president of the Secession was Gustav Klimt, and Rudolf von Alt was made honorary president. Its official magazine was called Ver Sacrum. The movement was as much philosophical as aesthetic.

Unlike other movements, there is no one style that unites the work of artists who were part of the Secessionst movement. The Secession building in Vienna most nearly represents the movement.

Above its entrance is the phrase “Der Zeit ihre Kunst. Der Kunst ihre Freiheit.” (“To every age its art. To every art its freedom.”). Secession artists were concerned, above all else, with the possibilities of art outside the confines of academic tradition.

They hoped to create a new style that owed nothing to historical influence, in keeping with the spirit of turn-of-the-century Vienna (the time and place that also saw the publication of Freud’s first writings).