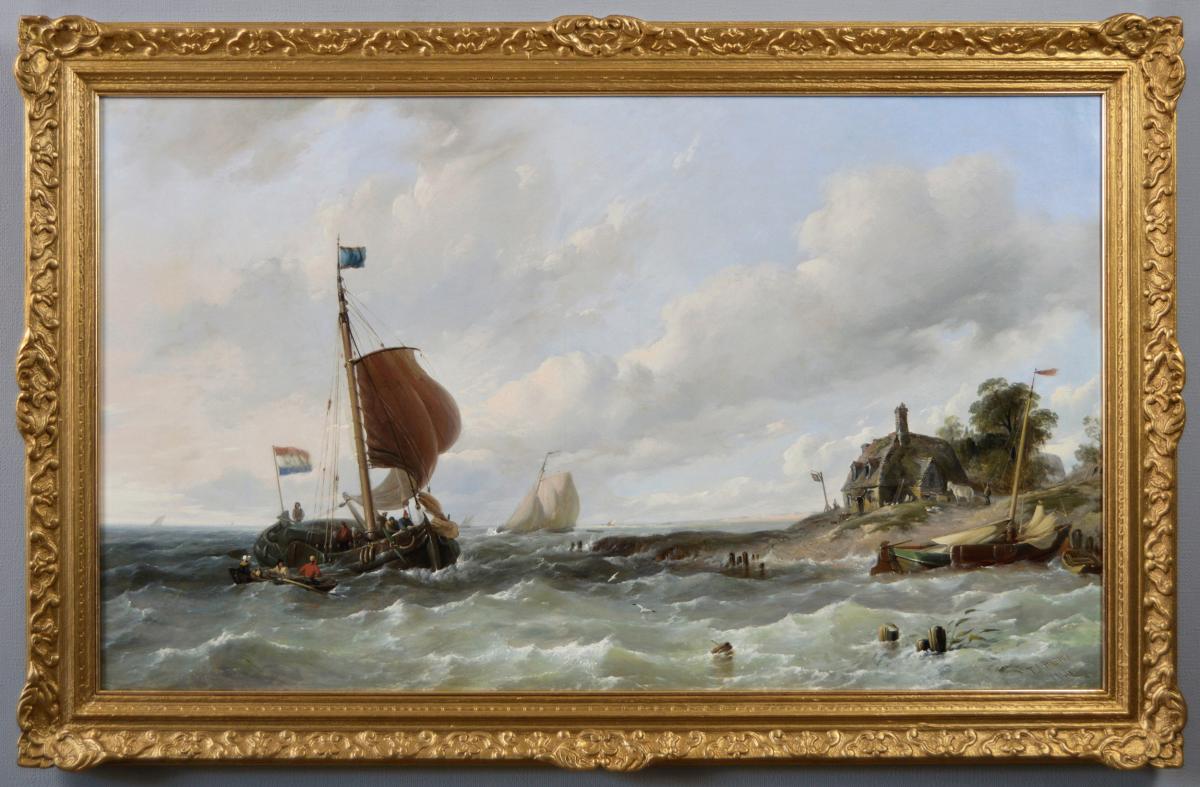 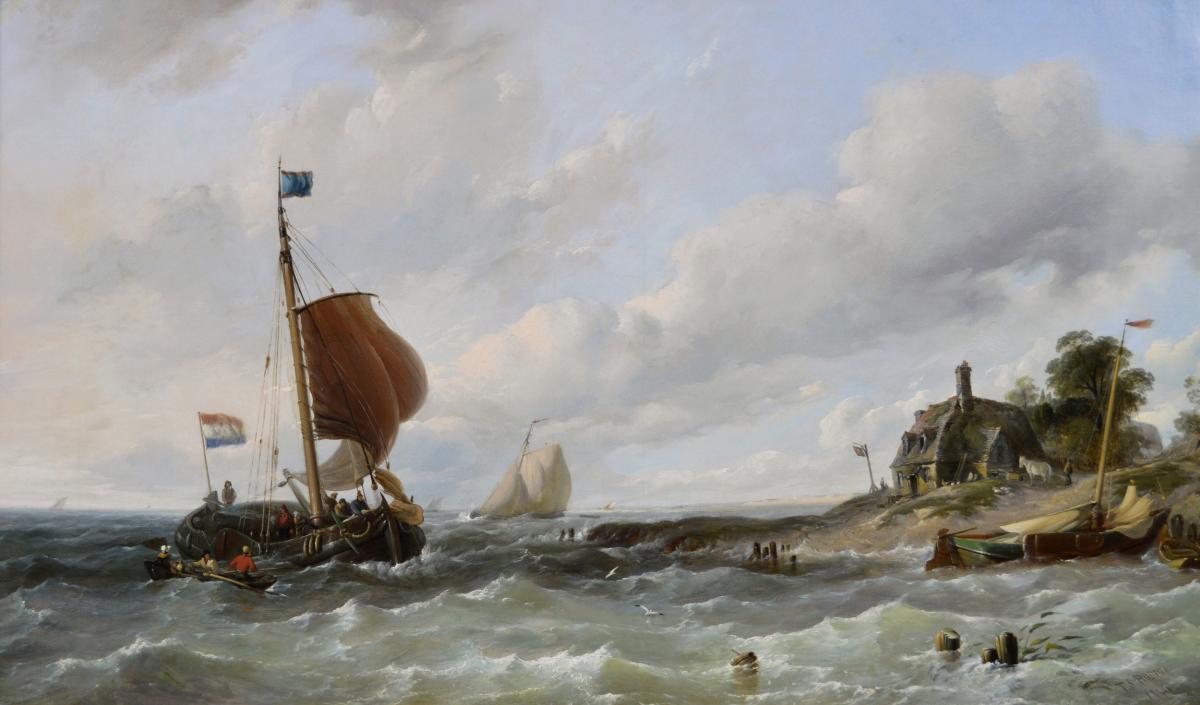 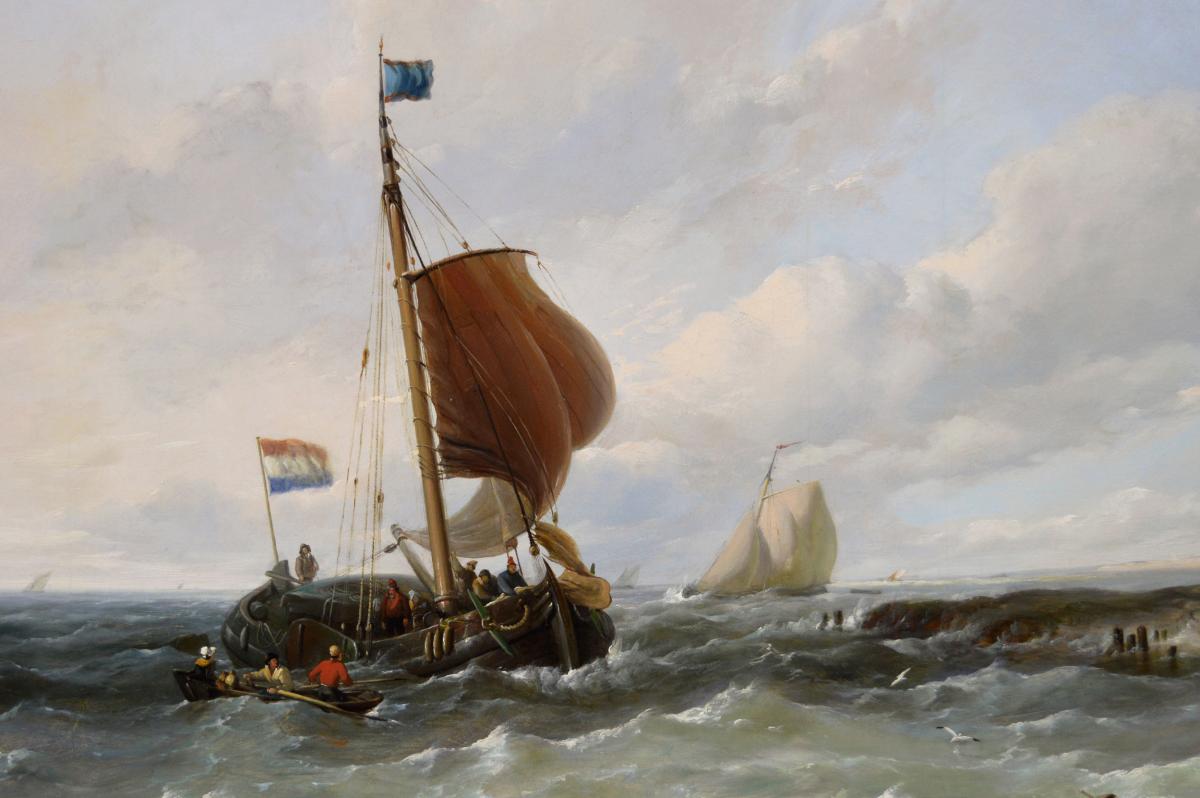 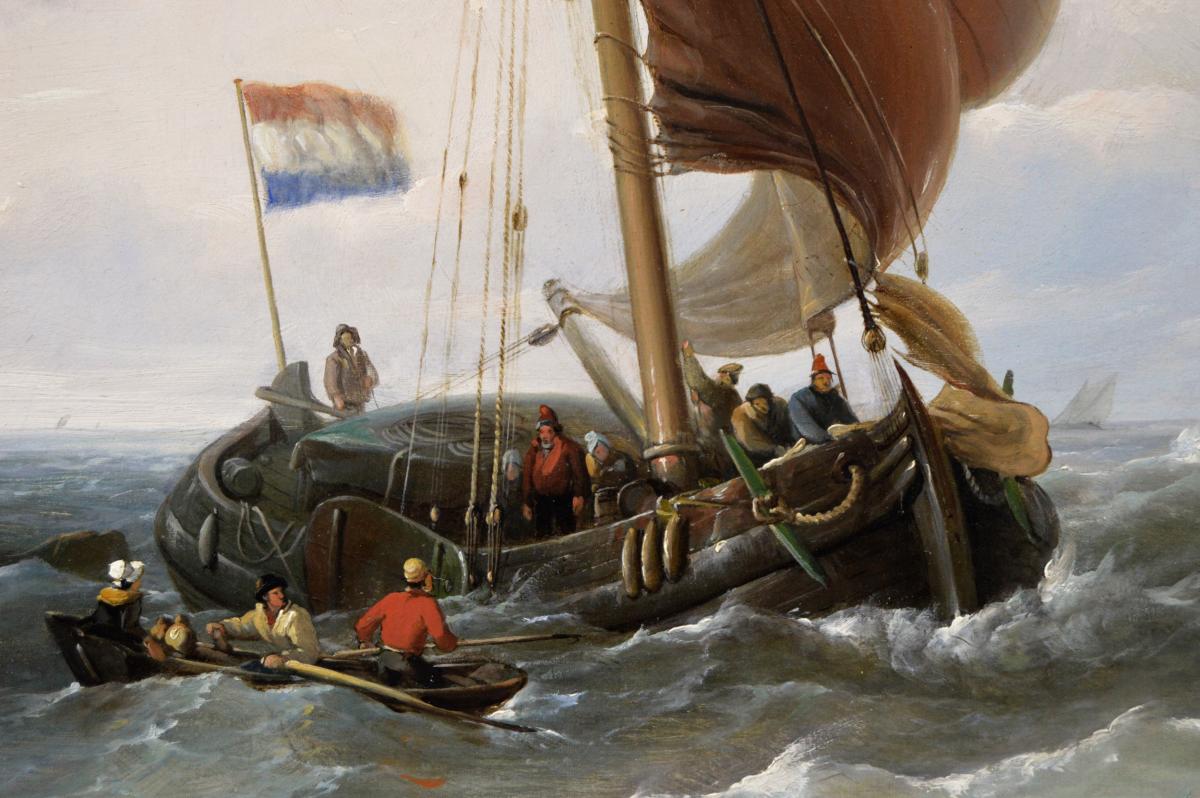 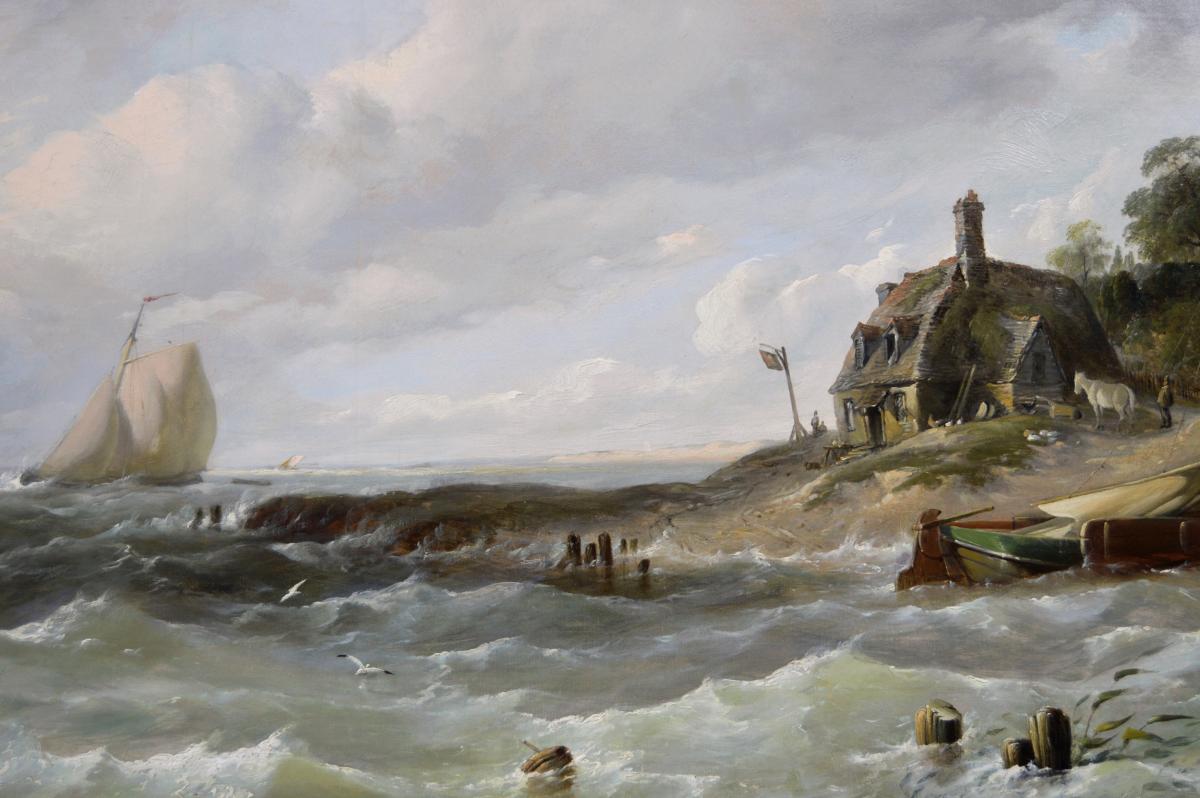 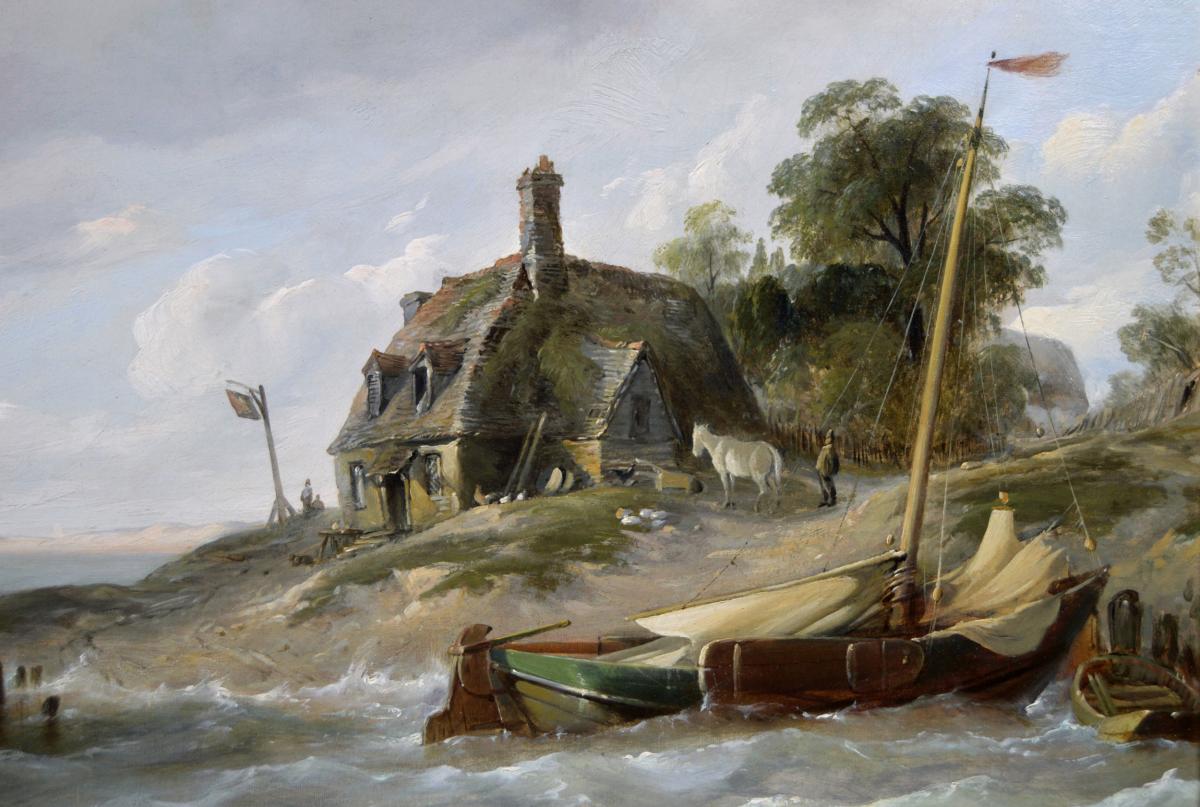 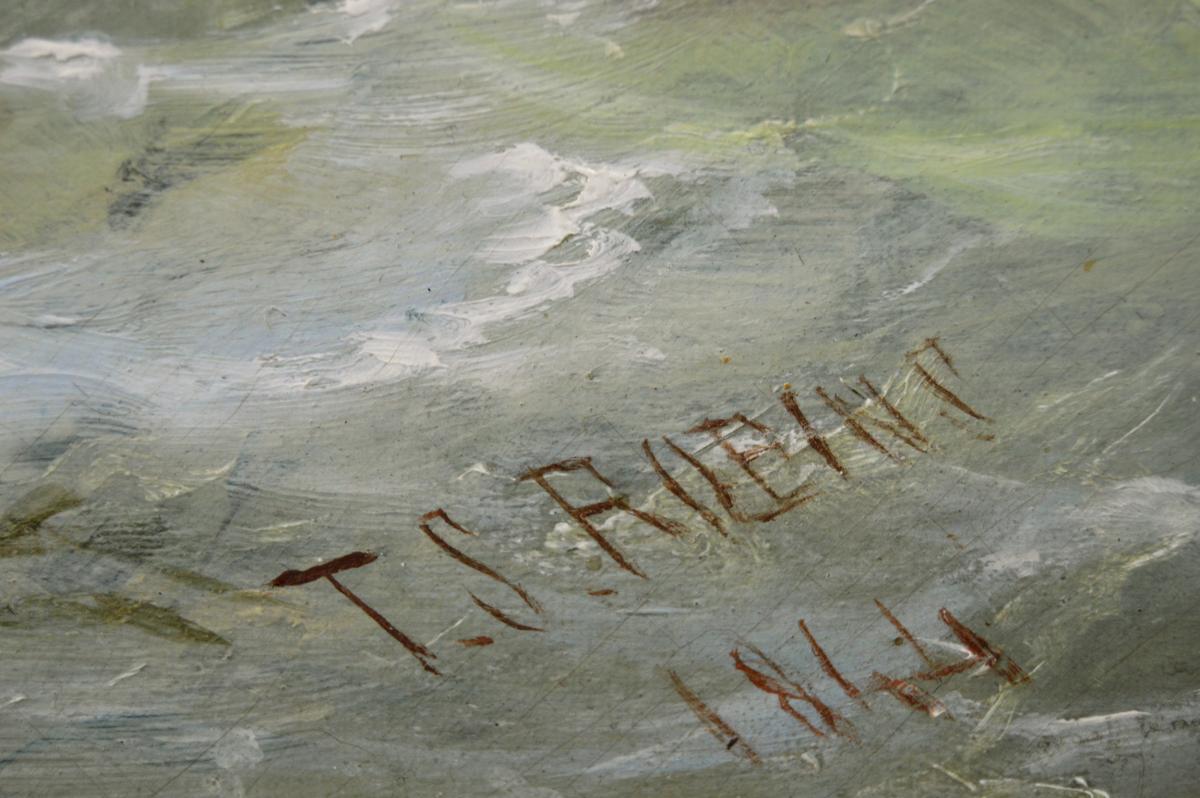 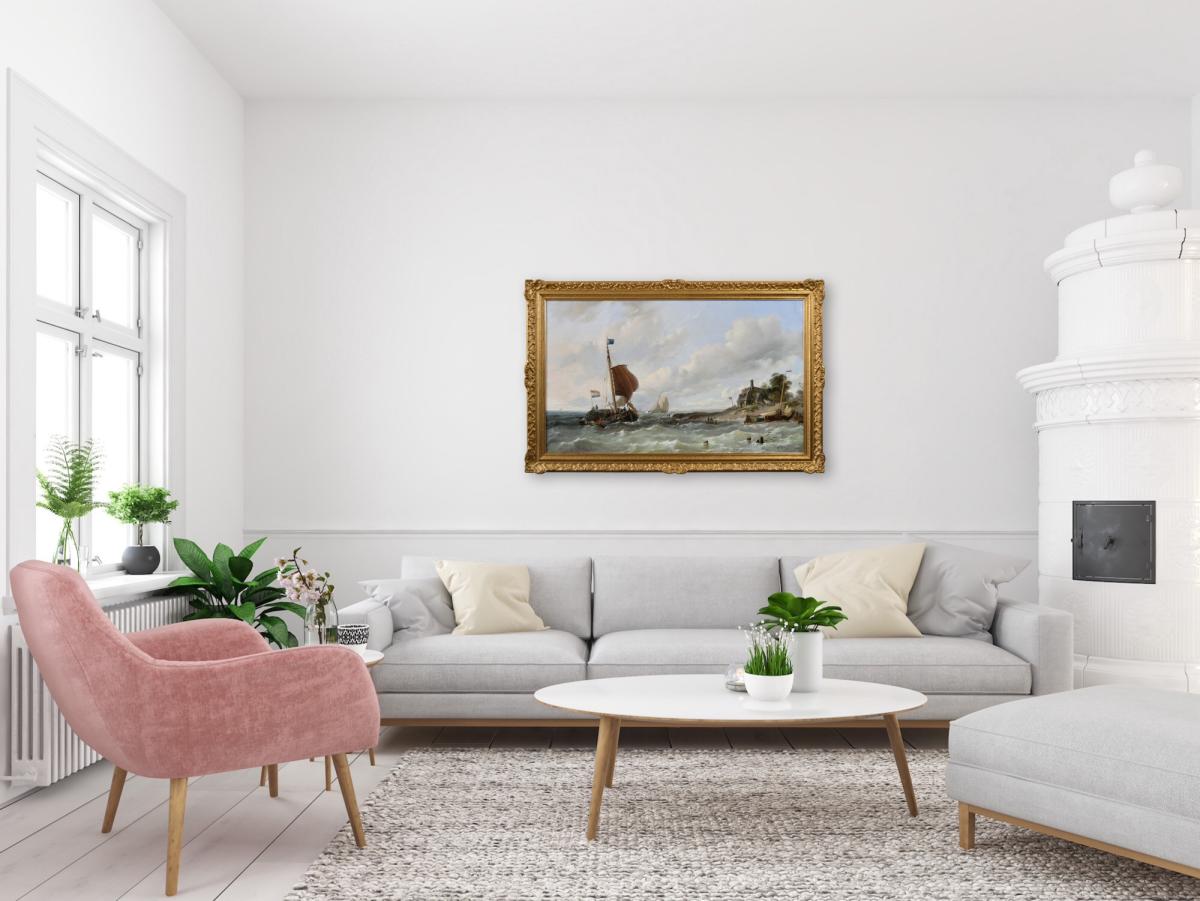 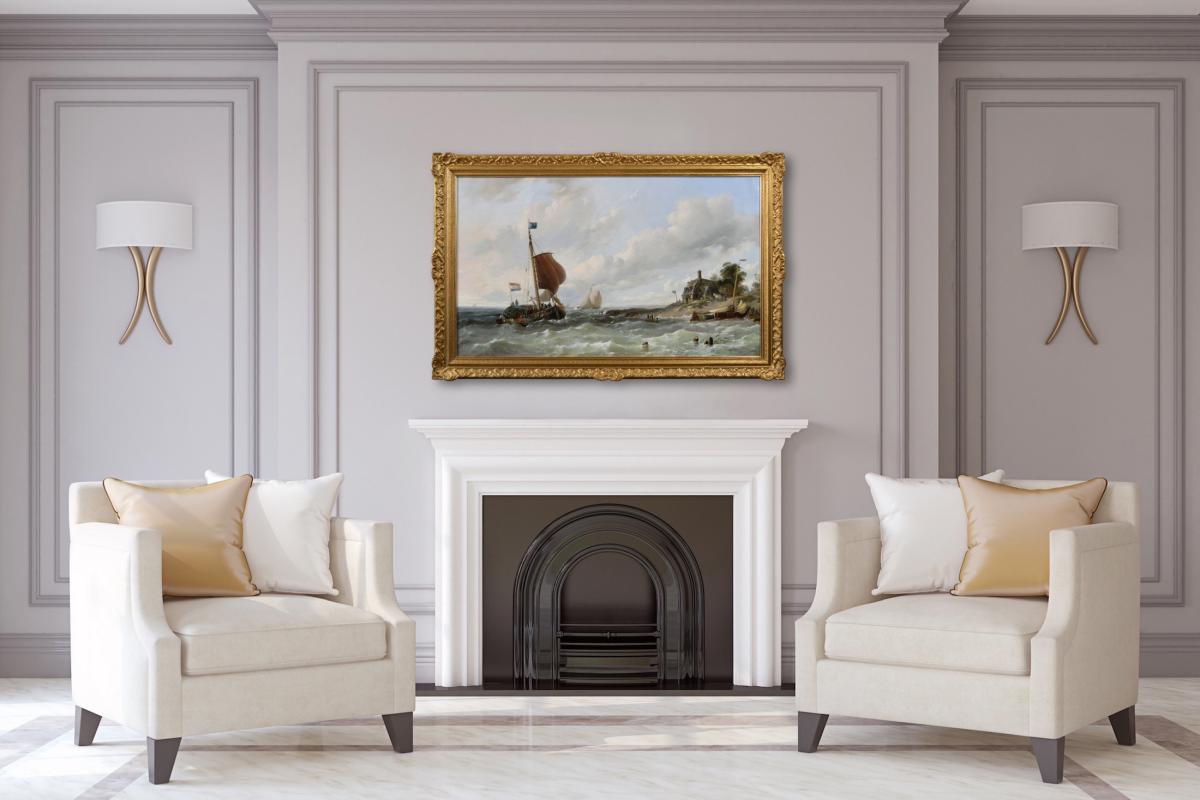 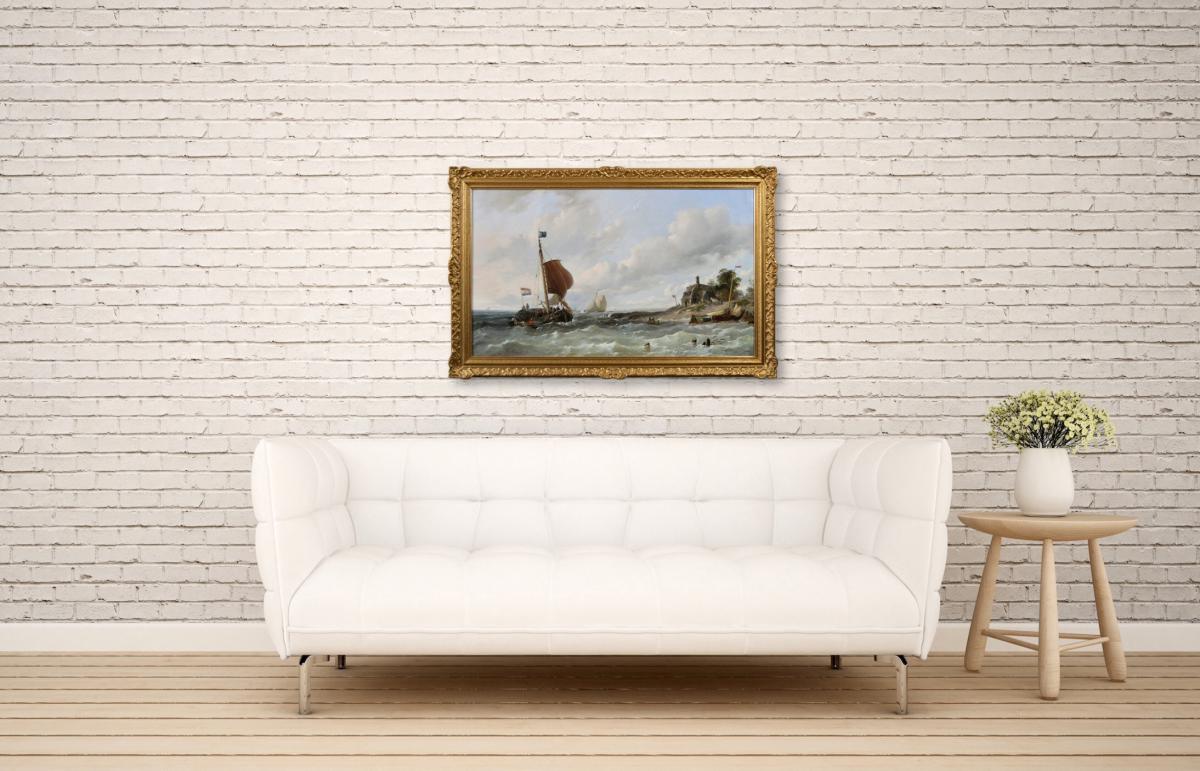 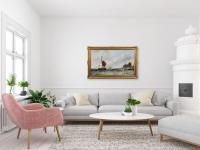 Thomas Sewell Robins was born on 8 May, 1810 in Devonport near Plymouth to William Robins and Elizabeth Sewell. He showed an early artistic talent for art and in 1829 he entered the Royal Academy under the sponsorship of the artist James Northcote, who was also from Devon.  He studied under Thomas Phillips and was also tutored by JMW Turner. He made his debut at the RA in 1829 and began exhibiting at the British Institution from 1832. He also exhibited at Suffolk Street and the New Watercolour Society, where he was made an Associate in 1839.

He married Elizabeth Roberts, who was from North Wales at St Pancras on 15 November, 1834. Together they lived at 31 Cirencester Place in London and later 24 Victoria Road, Kensington with their daughter Delia Elizabeth. He seems to have spent his time travelling around the country spending time in Wales and Brighton, using his Victoria Road address as a long term base.

Much of Robins’s output consisted of marine and coastal scenes. His early experience of living near a port undoubtedly provided the inspiration for his subject matter. As well as painting many scenes of the British coast, he also travelled abroad, first visiting France in 1842 and later Holland, Italy and Germany. During the 1860’s his ill health forced him to stop travelling and reduce his workload. Robins died at Victoria Road, Kensington on 9 August, 1880. He is buried at Brompton Cemetery.

Examples of his work are held by many public collections including the British Museum, Dover Collections, National Maritime Museum, Newport Museum & Art Gallery, Royal Pavilion & Museums Trust and the V&A.