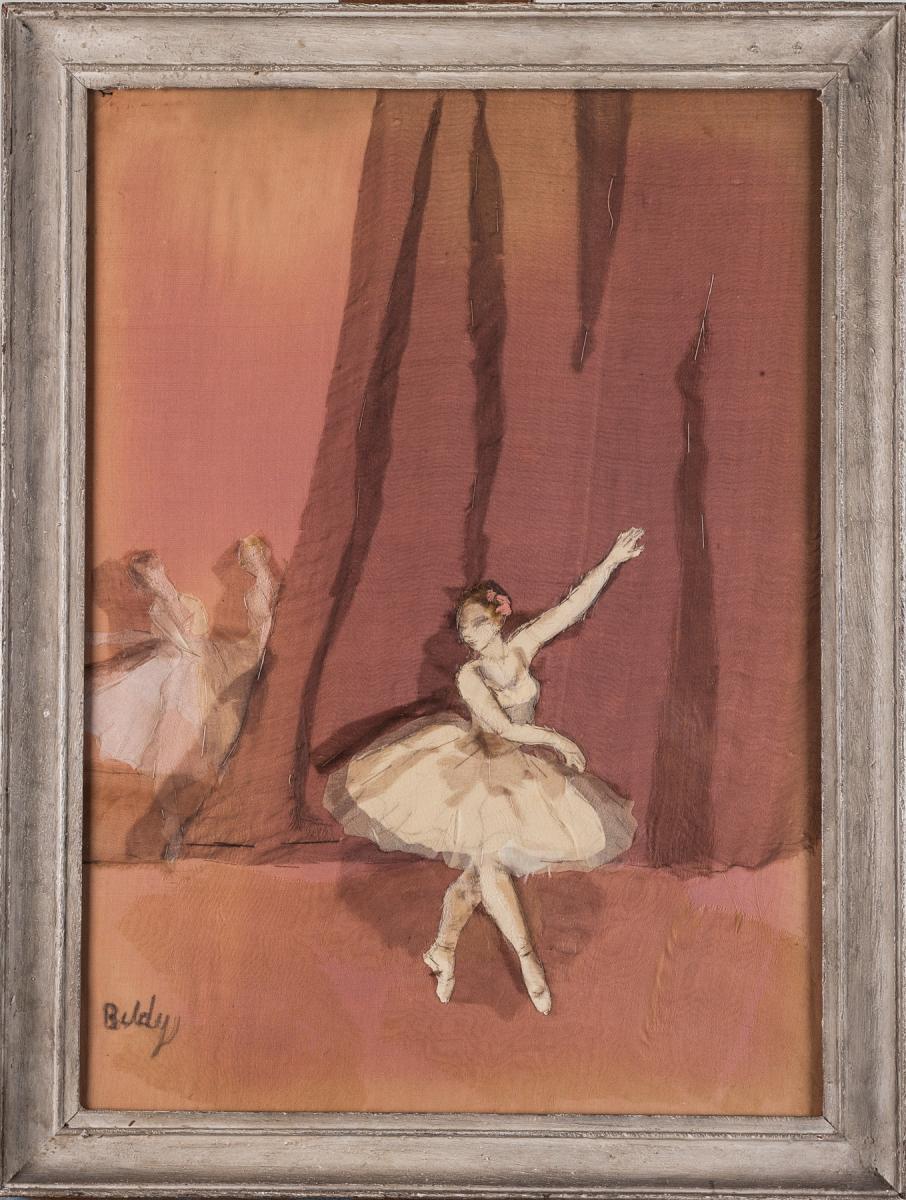 A fabric picture, by Mabel Maugham Beldy, perhaps from the series 'Scenes de Ballet',originally exhibited and sold from the exhibition of her work held at The Leicester Galleries, December 1948.

Signed by the artist lower left and within the original painted frame.

Born in 1874 and taught the rudiments of art by her father, the animal painter Heywood Hardy, she was to marry a brother of Somerset Maugham and enjoyed a long career as a water-colourist. Her son-in-law was the Italian artist, Felice Casorati, and it was he who encourage her with her idea of making pictures from fabrics, when she was in her 50's. From 1929 Beldy exhibited her work in Paris, Geneva, Milan, Rome, Turin, Basle, New York and London.

Examples of her work are held at both the V&A and Jeu de Paume, Paris, as well as numerous private and public galleries throughout the world. 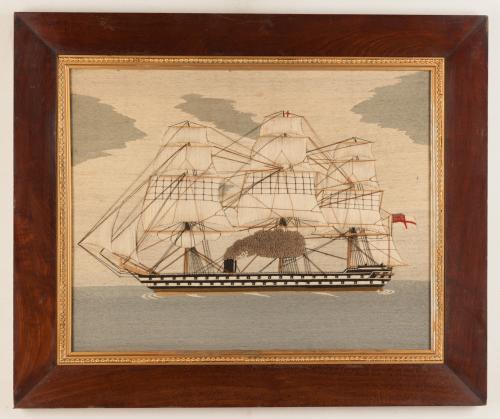 Sailormade Woolwork Picture of a Ship of the Line
Walpoles 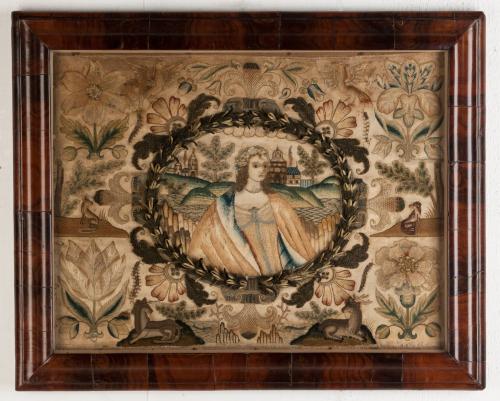 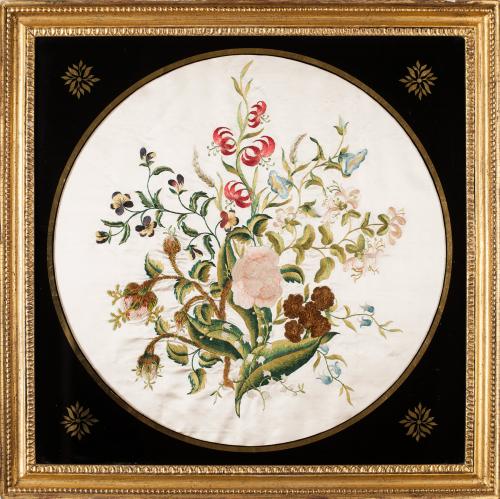 Georgian Silkwork Flowers
Walpoles
View all from this dealer