Saltram: A Worcester Teacup and Saucer 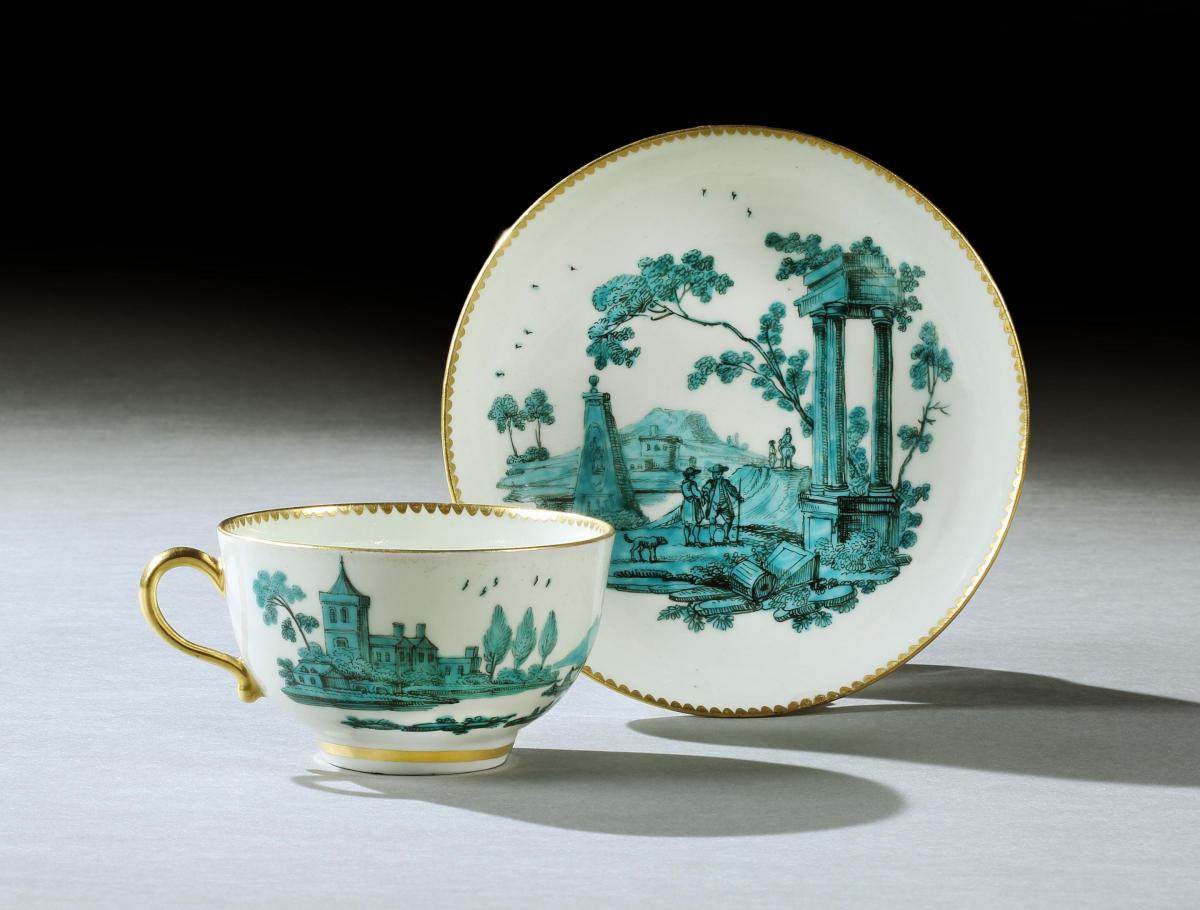 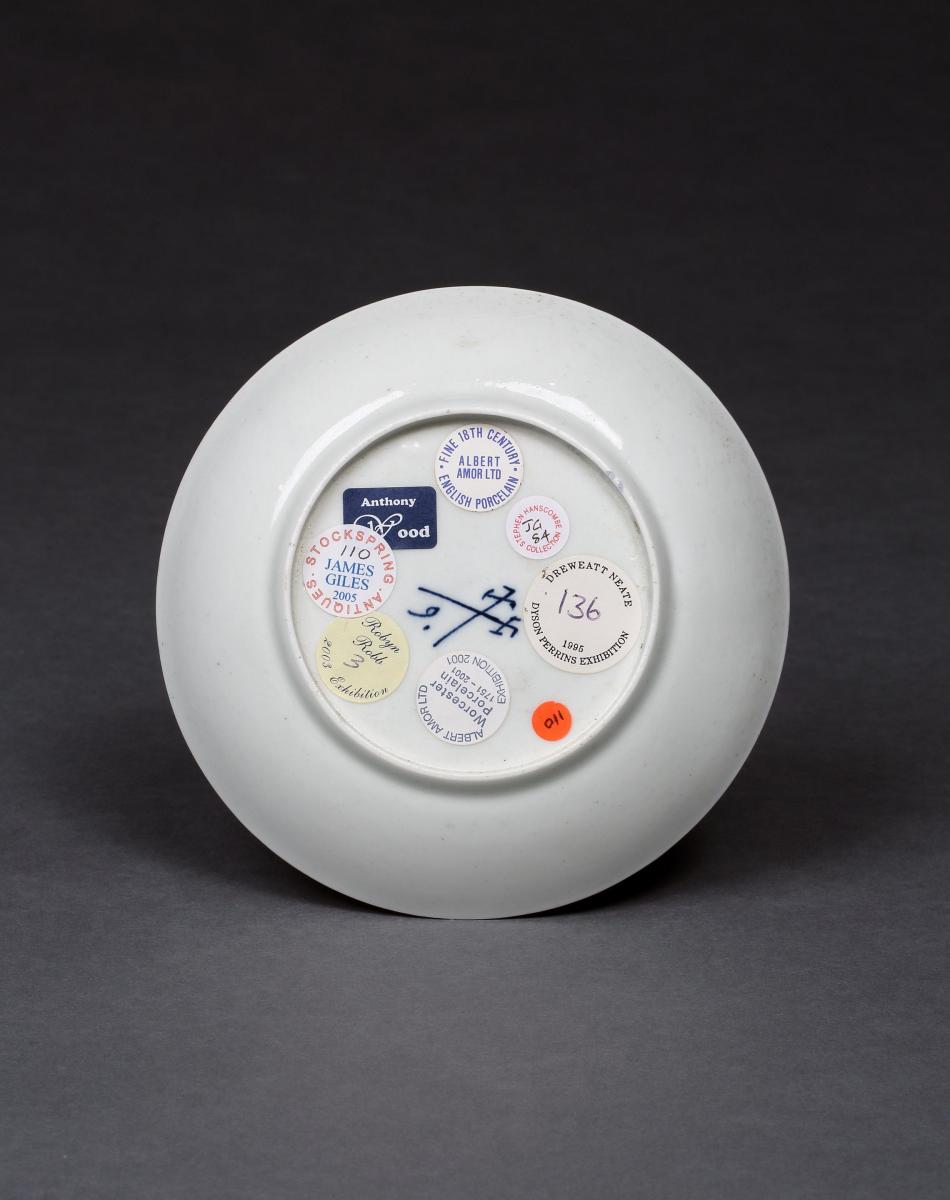 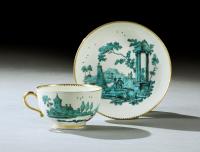 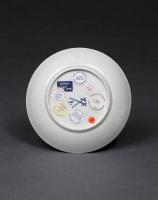 An extremely rare Worcester teacup and saucer from the workshop of James Giles. Superbly painted in green monochrome on a pure white ground, with figures in classical landscapes, with a gilt dentil border, a solid gilt handle and a wide gilt band around the footrim.

Both pieces have crossed swords and 9 mark in underglaze blue. Numerous exhibition labels to undersides.

The Parker Family
The Parker family rose to prominence in the mid-16th century as the bailiff of the manor of North Molton. George Parker (1651-1743) purchased the manor of Saltram, Devon in 1712 from the Carteret family and Whiteway House, Devon in 1722 from the Bennett family.

The Service
There is an extensive tea and coffee service, with exactly the same painted and gilded decoration, in the collections at Saltram House today. This service is understood to have been commissioned from the workshop of James Giles by Montagu Edmund Parker for Whiteway House, Devon.

After Whiteway was sold by the family in 1923, it is logical the some of the contents, including this service, would have been transferred to Saltram. The service first appears, coinciding neatly with these events, in a valuation of the contents of Saltram in 1924.

The aforementioned 1924 inventory carried out at Saltram contains full details of the green landscape service which then, as now, had four teacups missing. It would appear that these four teacups and saucers left the collection at, or before, this time.

The other three teacups and saucers can be found in the collections of the British Museum, the Victoria & Albert Museum and the Worcester Museum.

Saltram House is now owned by the National Trust.

James Giles
James Giles (1718-1780) was an outstanding English porcelain and glass painter who worked for all of the major porcelain manufacturers, including Worcester, Derby, Bow, and Chelsea. Giles’ father, also James Giles, was a ‘China Painter’ by trade working and living in London.

Giles established a workshop in the Arts Museum in Cockspur Street opposite Haymarket. His advertisements in Mortimer’s Universal Director of 1763 proclaims, ‘This ingenious Artist copies the Pattern of any China with the utmost exactness, both with respect to the Design and the Colours, either in European of Chinese taste … [and that] He has also brought the Enamel Colours to great perfection.’

Throughout his career, Giles received numerous important commissions from esteemed clients including Clive of India, the Duke of Northumberland, the Duke of Marlborough, Horace Walpole, and Princess Amelia, the second daughter of George II.

There is a related service to the Saltram service at Corsham Court, documented as being purchased on 20 February 1771, by Paul Methuen from James Giles.