Royal Highnesses at the Opera House 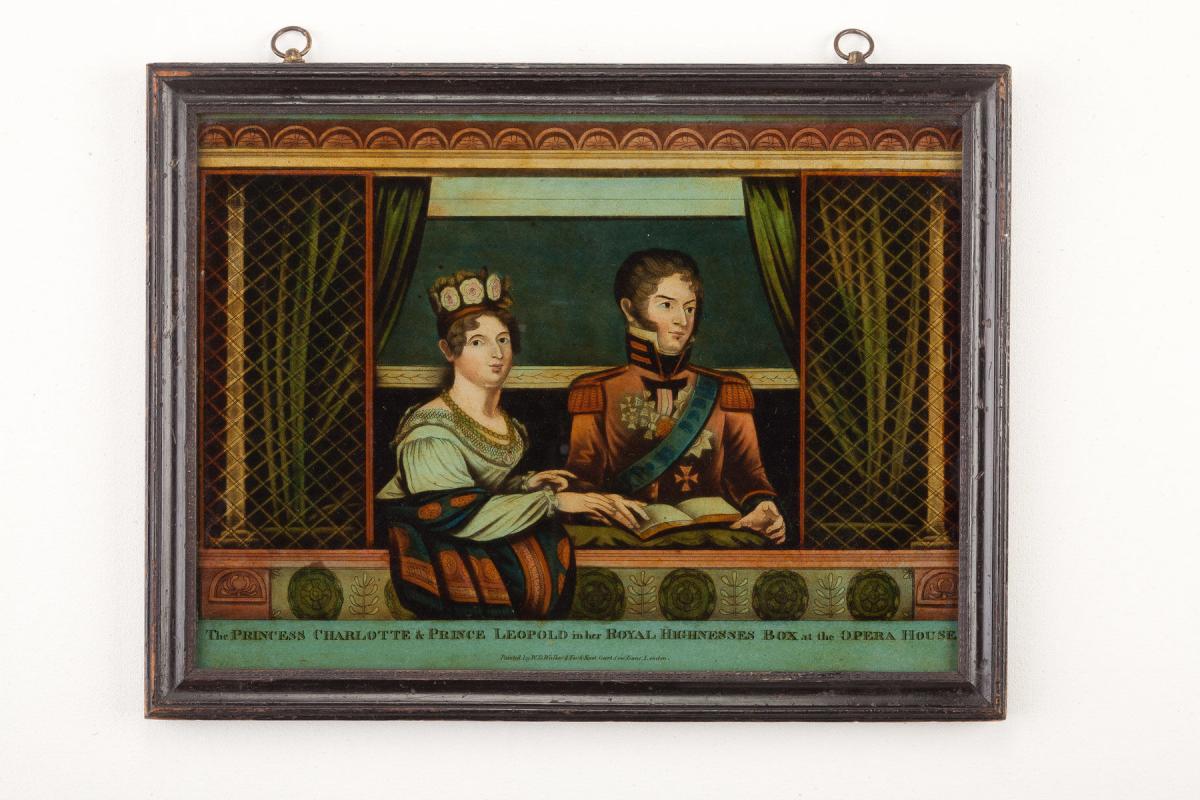 A reverse painted mezzotint laid down onto glass; "The Princess Charlotte & Prince Leopold in her Royal Highnesses Box at the Opera House", Published by W.B.Walker 4 Fox & Knot Court, Cow Lane, London, after the work by George Dawe 1781-1829. (An English portraitist who painted 329 portraits of Russian generals active during Napoleon's invasion of Russia for the Military Gallery of the Winter Palace).Within the original 'Hogarth' type frame.

Charlotte, having successfully side-stepped the  marriage arranged for her by her unpopular father, the then Prince of Wales, eventually succeeded in marrying her choice, Prince Leopold of Saxe-Coburg-Saalfeld, in May of 1816. The Royal couple were enormously popular with the public and having returned to London for the social season, would invariably be greeted by loud applause from the audience at the theatre and the singing of "God Save the King". When she was taken ill at the Opera, there was great public concern about her condition and it was announced that she had suffered a miscarriage. As it transpired, she died the following year, on the 6th of November, following the birth of a still born boy. Reverse painted mezzotints were popular from the middle of the 18th century through to the beginning of the 19th. From around 1790 publishers produced large numbers of prints popular with the general public; the return of Princess Caroline, the death of Nelson, Wellington and Waterloo, Hunting, the Seasons, Peace & Plenty, etc, etc,. Please see the attached account of "The Making of a Glass Picture".