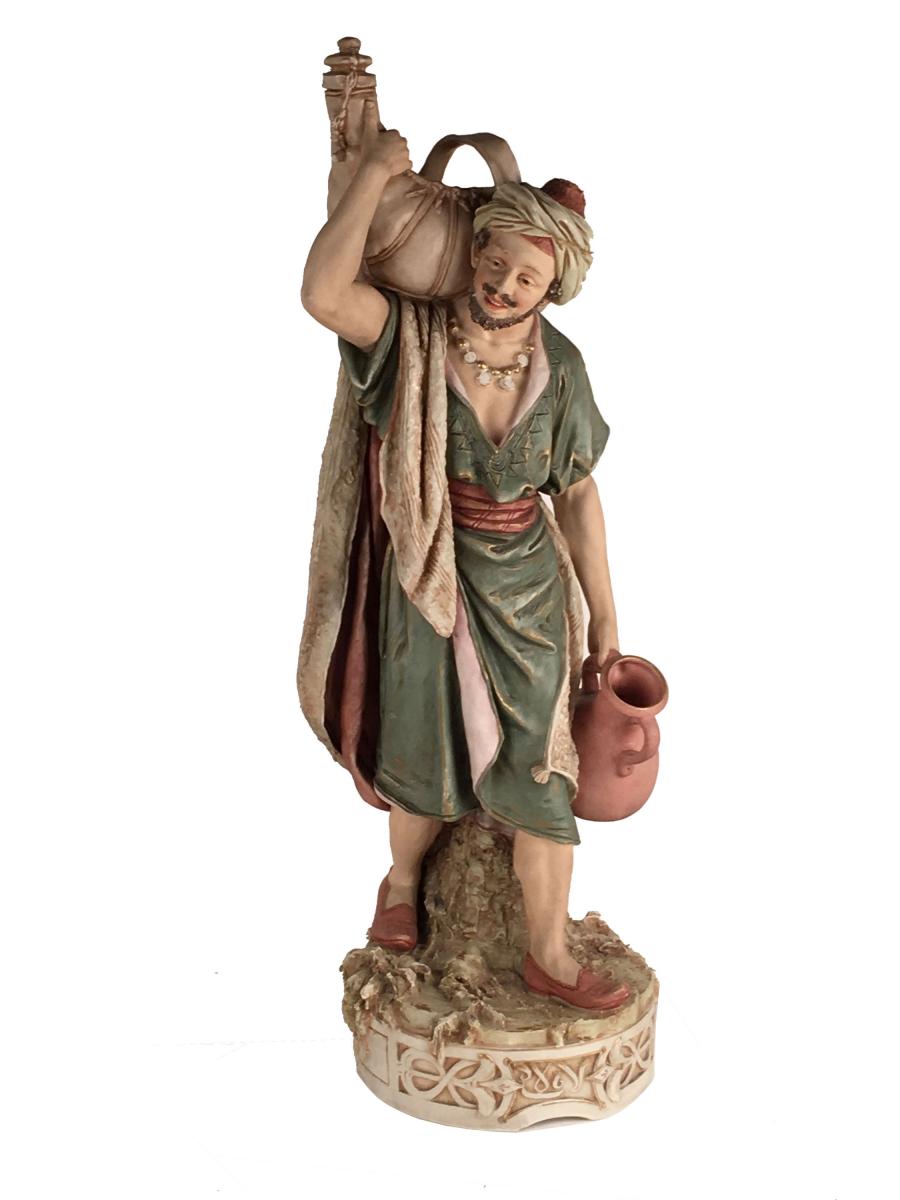 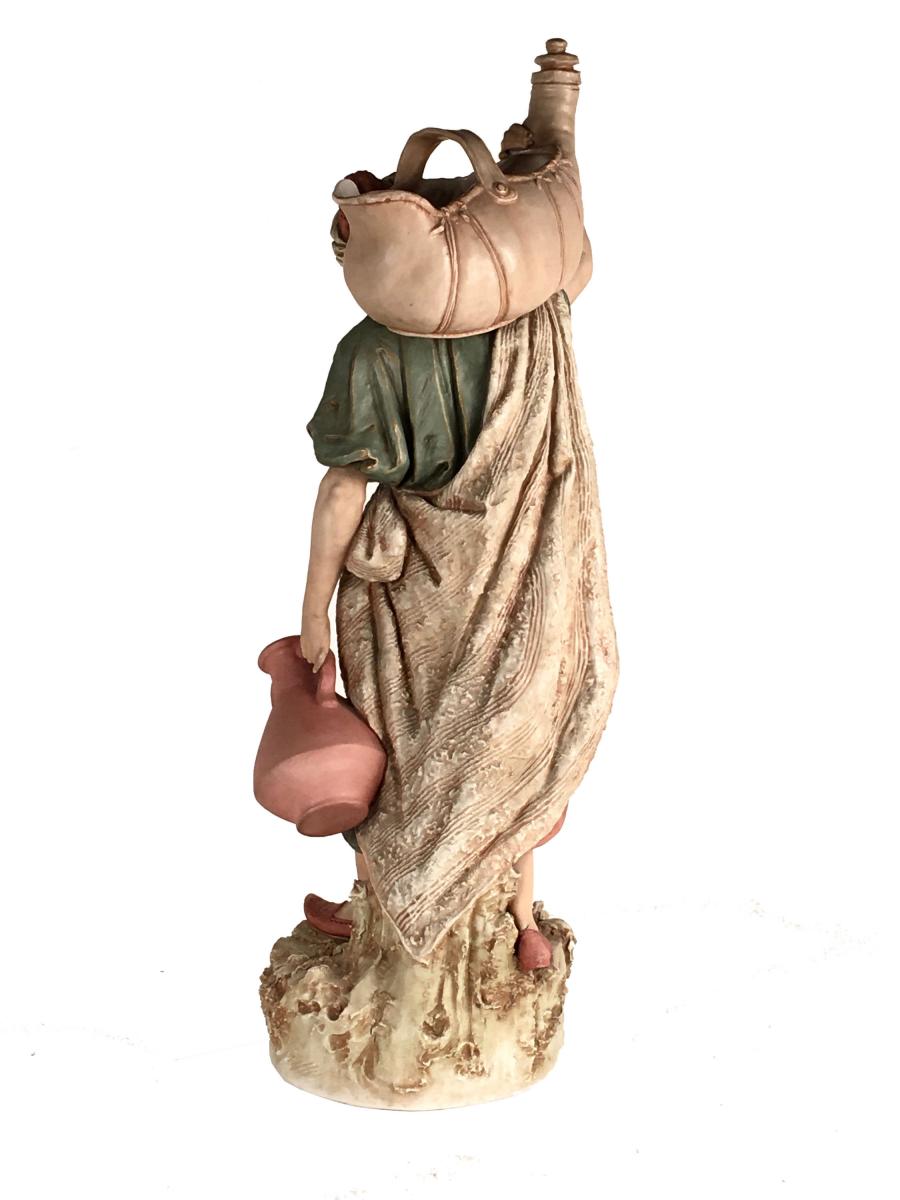 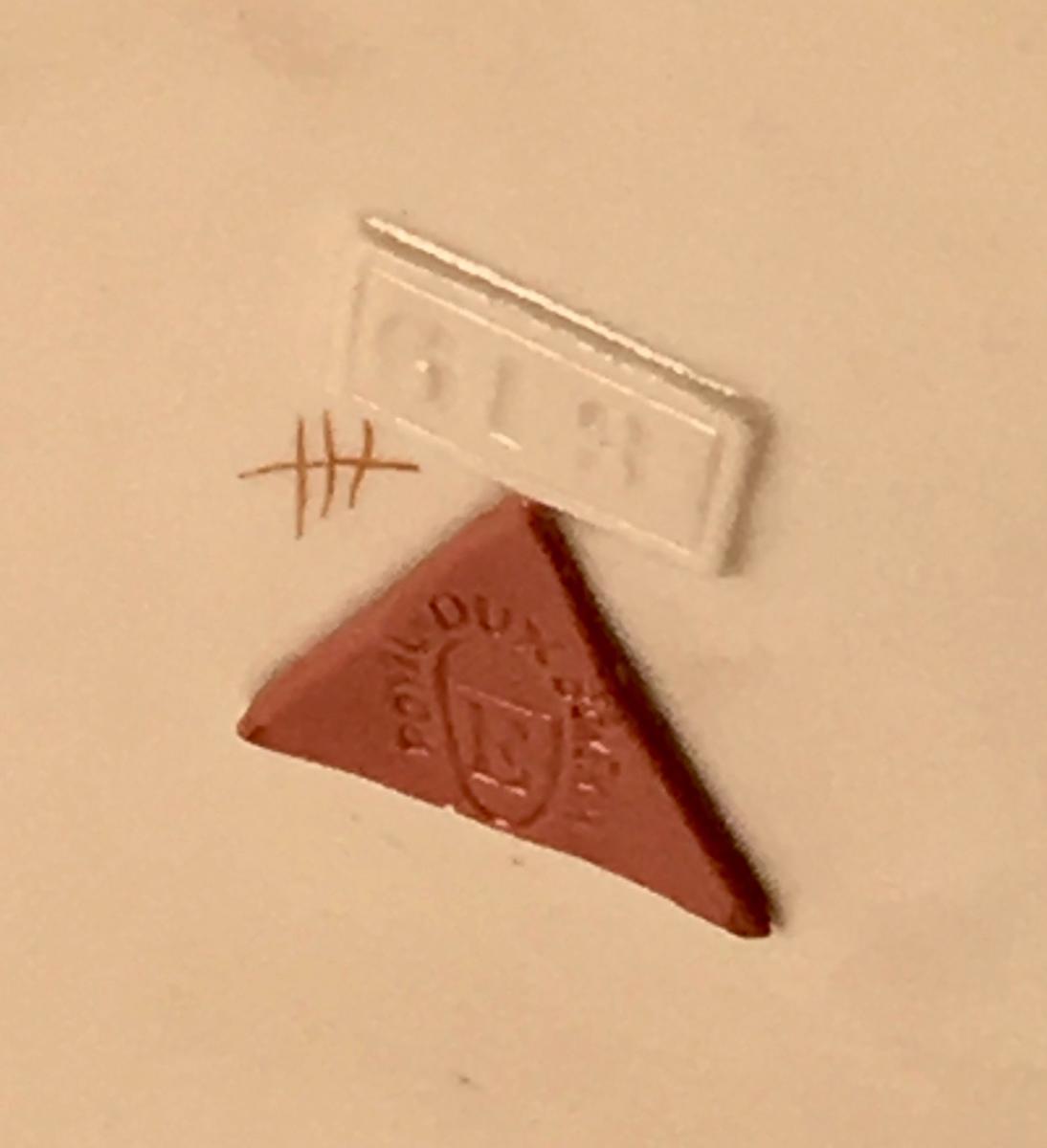 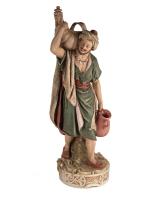 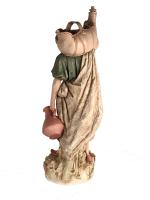 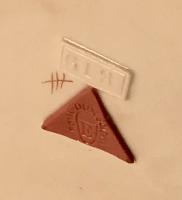 Biscuit glazed, hand crafted and painted figure of a Middle Eastern turbaned man carrying a water pitcher in one hand and a goatskin water container on his shoulder. His green tunic is tied at the middle by a red sash and he wears a blanket over one shoulder. All on a decorative plinth. To the base, the Royal Dux pink triangle with an E to the centre, indicating a manufacture period between 1860 and 1919. The mould or pattern number of 613 also imprinted to the base along with an unidentified painter’s monogram.
Bohemia (now the Czech Republic), circa 1900 - 1910
H. 28” (71cm)
Base Dia. 8” (20cm)
Stock No. 1390

The Dux Porcelain Manufactory was started in 1860 by the expert modeller, Eduard Eichler in what was then known as Duchov, Bohemia. Terracotta, faience and majolica products based on designs from Copenhagen, Worcester and Sèvres were the principal items manufactured at the time and the company flourished, being awarded a Silver Medal in the Paris exhibition in 1878. With a change of ownership, the factory began producing soft paste porcelain goods alongside their traditional items and enjoyed ongoing success. In 1904, the factory was employing 400 workers. That year it was awarded the Grand Prix at the world exhibition in St Louis, the silver medal at the Exhibition in Milan, 1906 and gold medal at the Exhibition in Liberec. Some of the products made at that time are still being produced today. Sample store-houses and representatives existed in Berlin, Hamburg, Vienna, London, Amsterdam, Bologna, Paris, Stockholm and Madrid and the company had trade connections with all Europe, Russia and even North America.