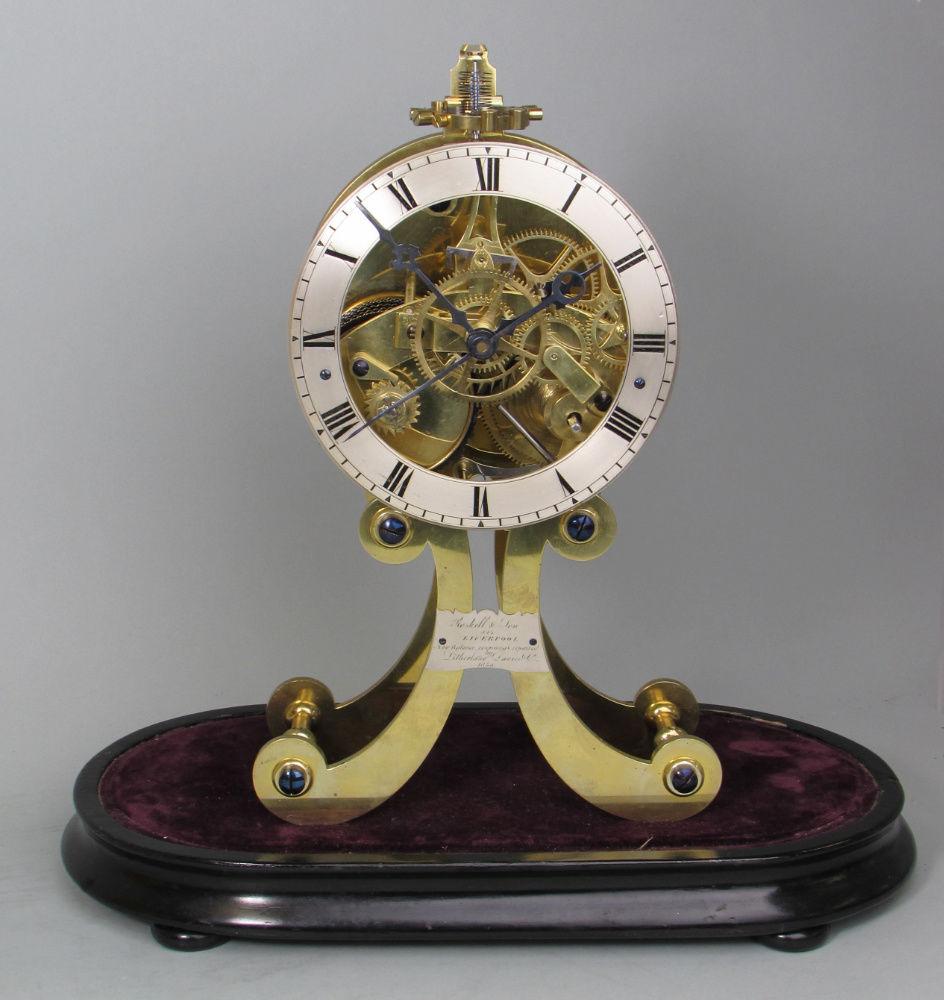 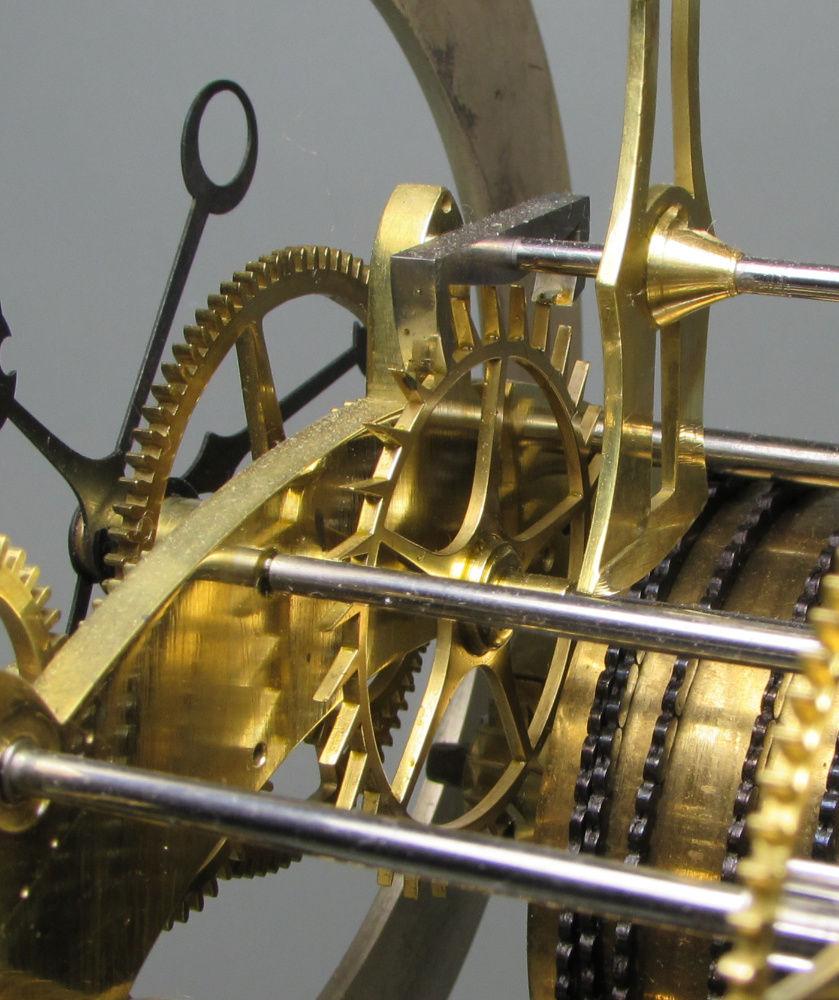 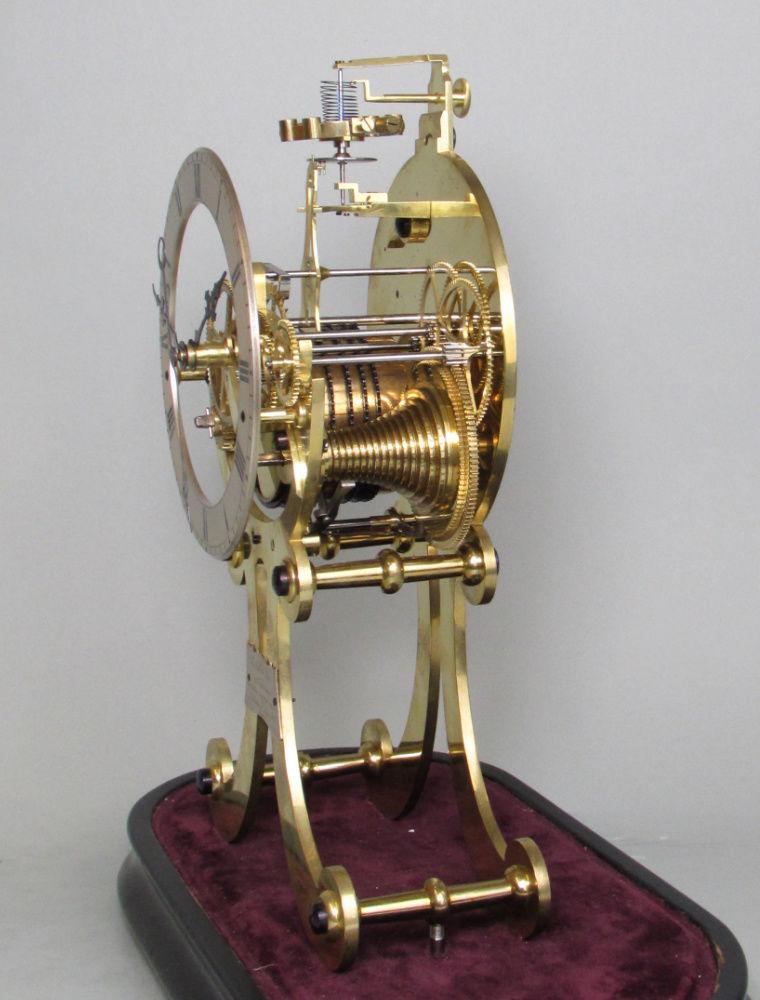 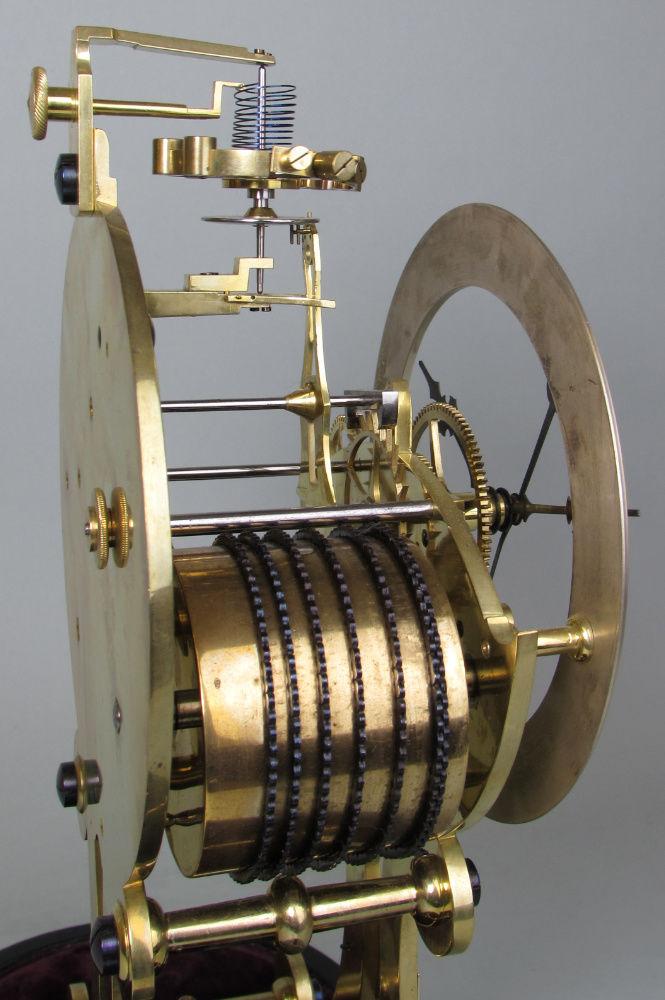 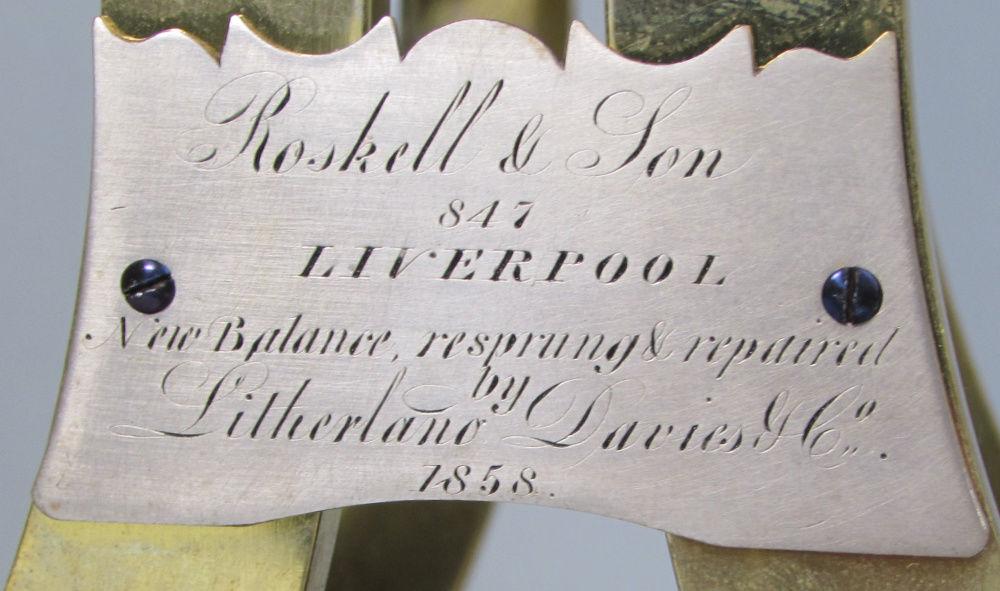 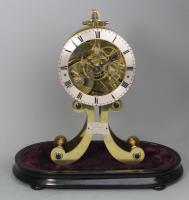 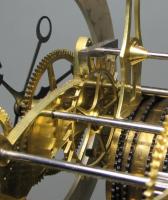 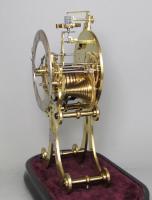 The eight-day duration, single-fusee movement has five-spoke crossing-out to the wheelwork, maintaining power and an escapement consisting of a large bi-metallic balance with a blued helical spring and large timing and poising screws, with the dead-beat ‘scape wheel set central to the plates and running the sweep seconds hand, the movement consists of a semi-circular bar to the front and a solid backplate whilst the silvered chapter ring has engraved black Roman numerals and blued-steel qautrefoil hands, all standing on tapered C-scroll-shaped supports. Set to the front is a silvered plaque engraved Roskell & Son, 847, Liverpool, New Balance Resprung & Repaired by Litherland, Davies & Co, 1858.

All standing on an ebonised oval base with glass dome.

Robert Roskell was most energetic and enthusiastic chronometer, clock and watch maker who collaborated with Peter Litherland by incorporating the latter’s patented rack lever in his watches. They are recorded as working at 21 - 23, Church Street, Liverpool from 1805 until 1873, as well as 13 - 14 Church Street in at least 1822 and also 31, Church Street in 1839. John Roskell junior is recorded at 21, Church Street. From 1796 the business was known as R. & J. Roskell, becoming Roskell & Son in 1848, although this clock may pre-date this year as the number would suggest a date of manufacture of circa 1840/41.