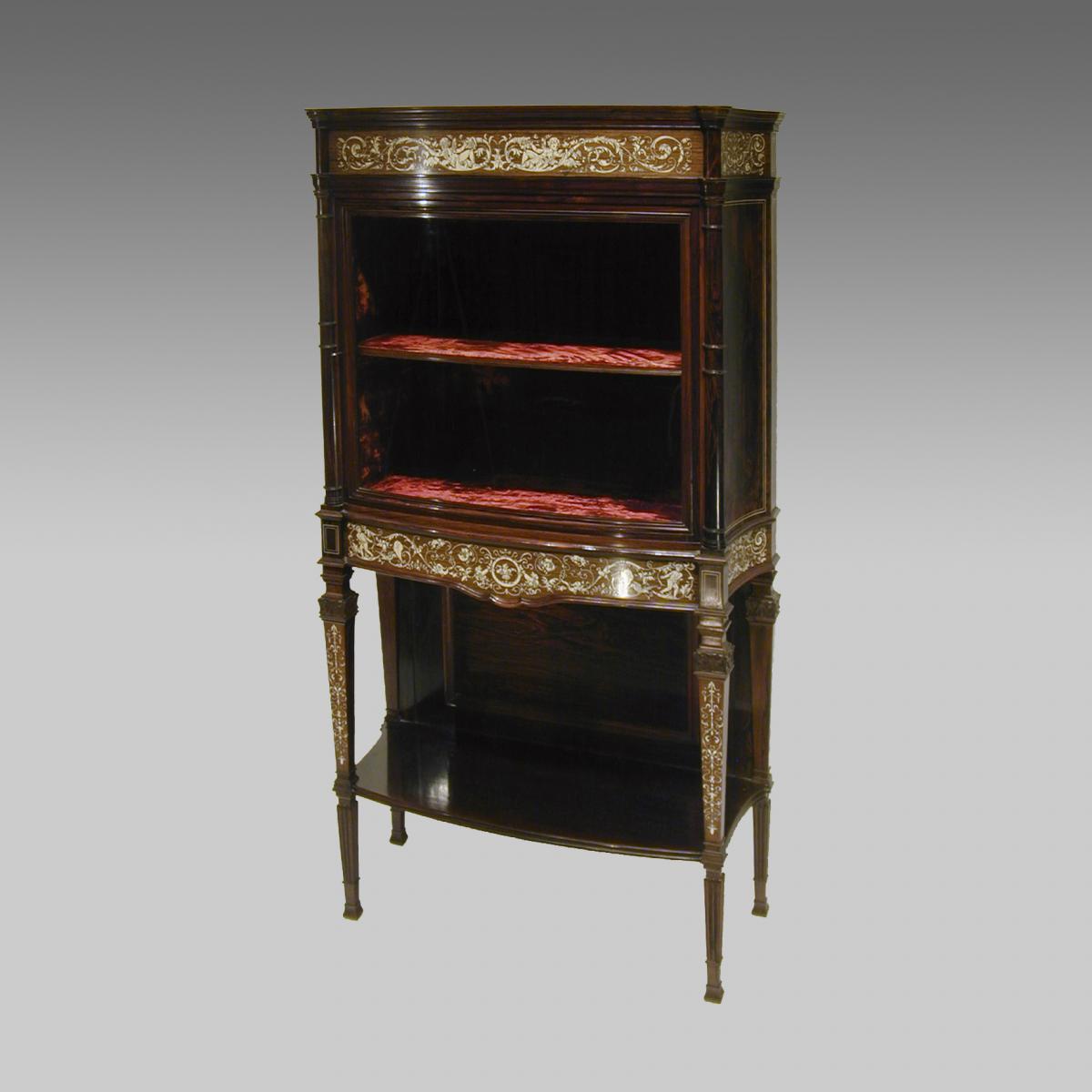 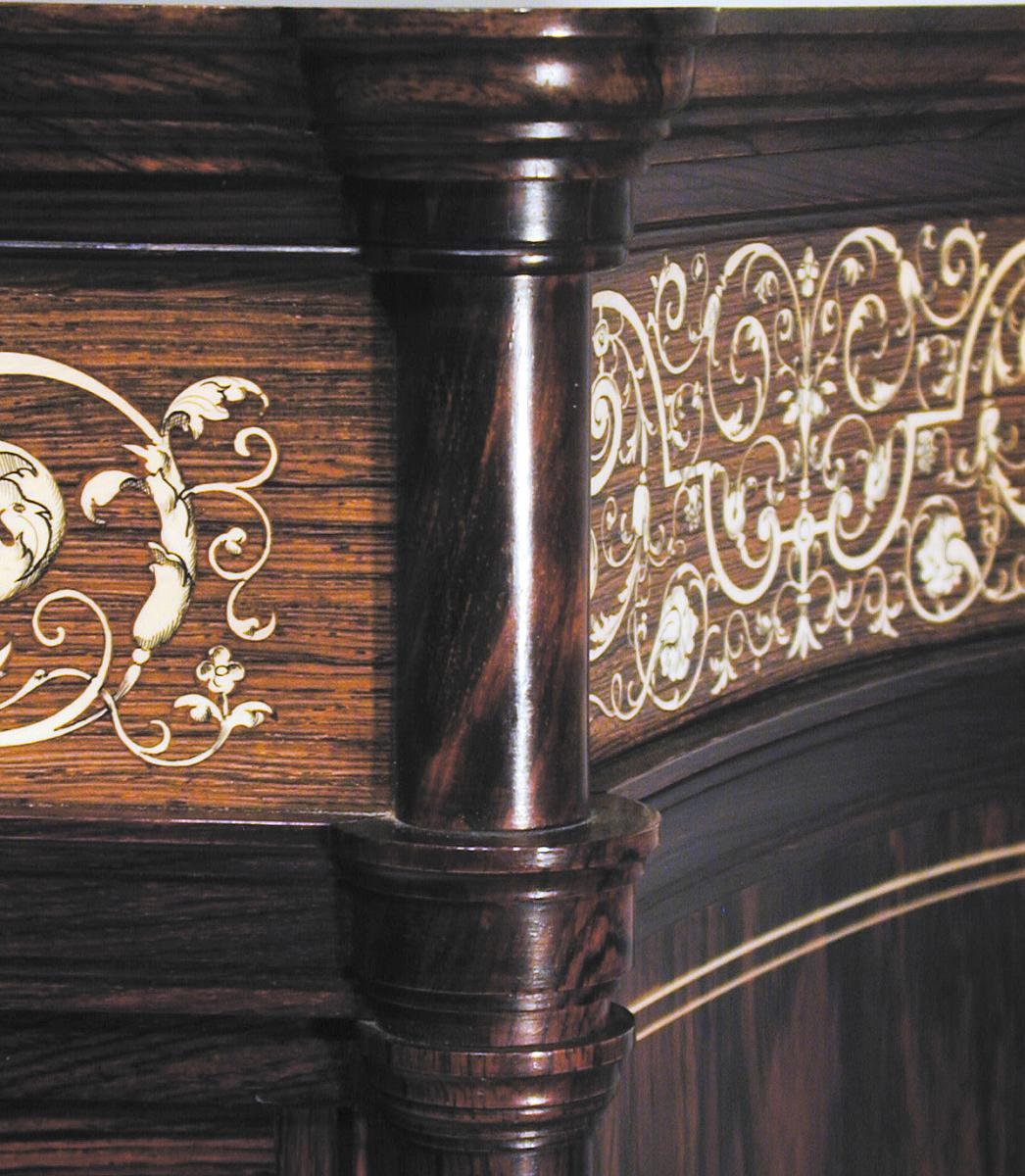 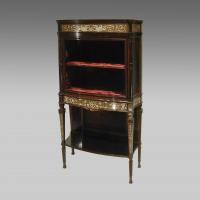 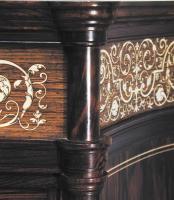 Rosewood cabinet by Collinson & Lock, London.  The cabinet was probably designed by J.S. Lock himself, the engraved ivory Italianate arabesque chimeric figures and scrolling foliage inlay being the work of Stephen Webb who worked for the company from 1885 onwards.

The distinction of his work lies as much in his adaptation of renaissance details as in the quality of his engraving. It has never been more delicately executed. In 1897, the company of Collinson & Lock was taken over by Gillow’s.

Stephen Webb was later appointed Professor of Sculpture at the Royal College of Art. He was also a member of the Art Workers’ Guild from 1887-1902. Cabinet bears impressed maker’s mark and the number 2441. It is of exhibition quality and retains its original silk plush lining

Established in the 1860s, the company was one of the foremost designers and producers of furniture in the ‘Aesthetic’ and ‘Art Nouveau’ movements. Although the existence of the company was comparatively brief – little over a quarter of a century – their work was highly admired, bought by royalty, exhibited at major international exhibitions and represented nowadays by pieces in the Victoria and Albert Museum.

F.G.Collinson and G.J.Lock met whilst working for another well-known furniture manufacturer, Jackson & Graham, which they were eventually to take over in 1885, moving to Oxford Street in the process.

From the beginning of their enterprise, they hired only the best designers and craftsmen, such as the architect T E Collcut, J Moyr-Smith (who was to engrave the plates for the extensive catalogue he created in 1871), A H Mackmurdo, E W Godwin, H W Batley and Stephen Webb – the company’s senior designer.

The latter two were to produce work for the Savoy Theatre in 1881 and the company also received the commission to furnish the Royal Courts of Justice. Changing direction by taking expensive commissions for grandiose London houses, the company met declining success and was eventually taken over by Gillow’s in 1897.

Collinson and Lock were internationally renowned for their use of fine rosewood and intricate ivory inlay of Italianate arabesques, chimeric figures and scrolling foliage and it is this superior work that can be seen in this display cabinet.

Its design characteristics are to be seen in furniture displayed in the catalogue produced by Gillow’s in 1900, where a page illustrates a selection of ivory inlaid rosewood furniture, identical to those pieces originally designed by J S Lock himself and decorated by Stephen Webb. A member of the Art Worker’s Guild from 1887-1902, Webb was to be later appointed as Professor of Sculpture at the Royal College of Art. 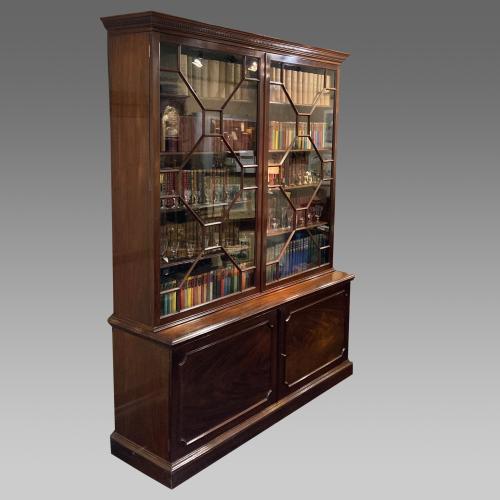 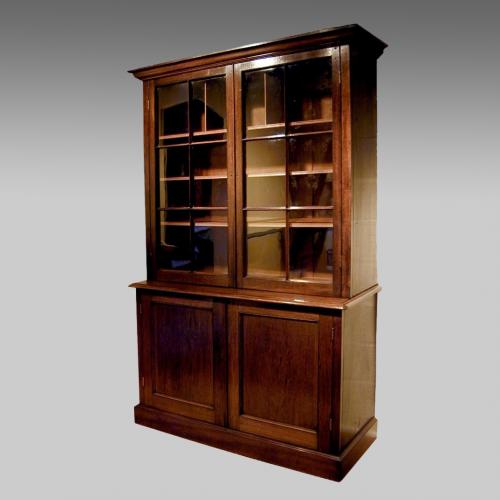 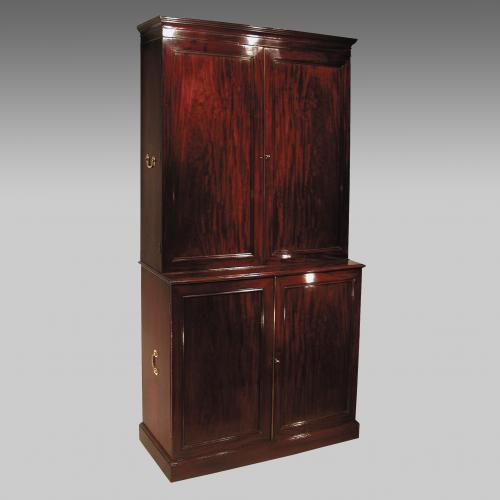