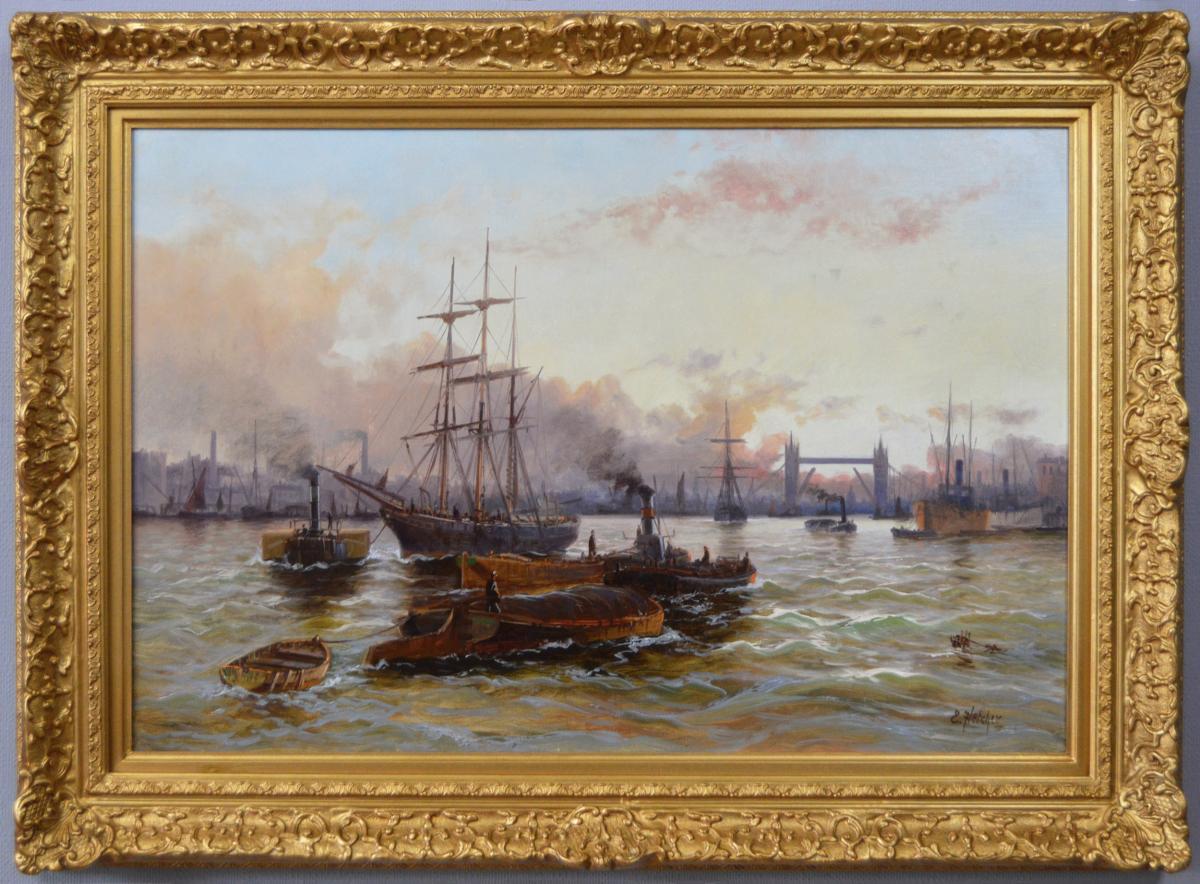 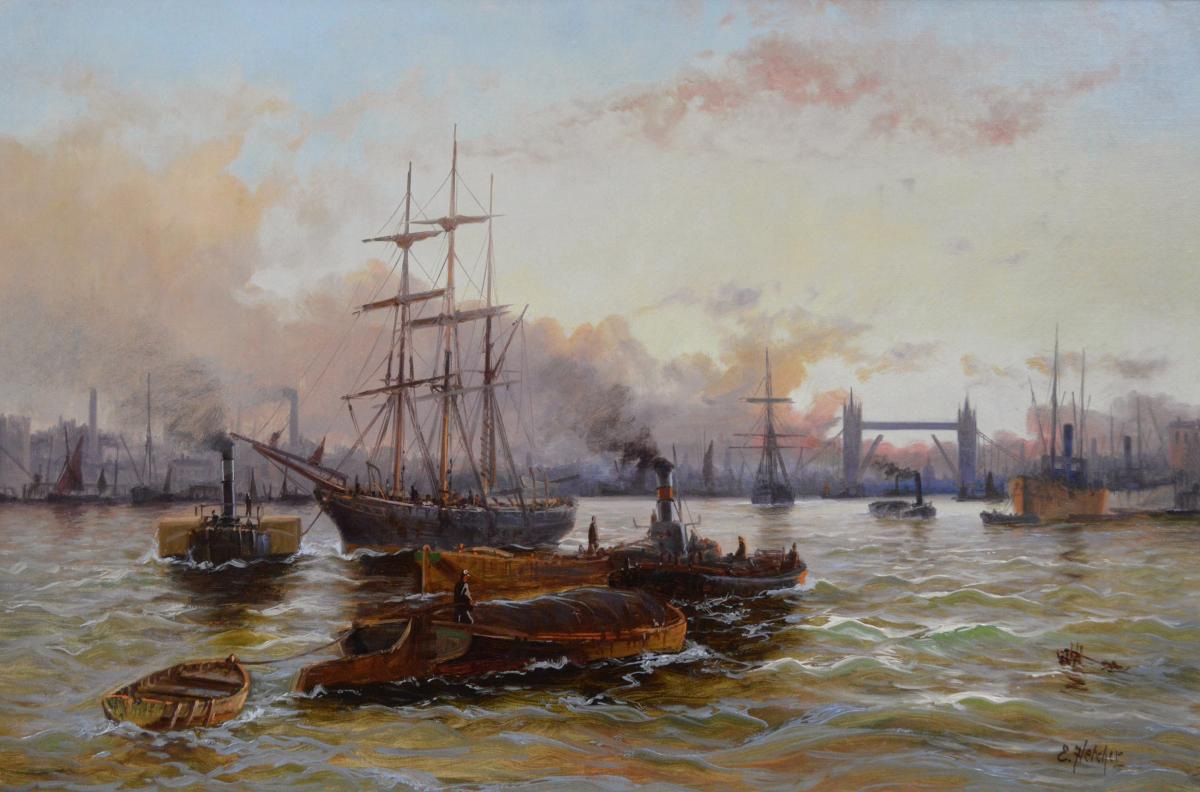 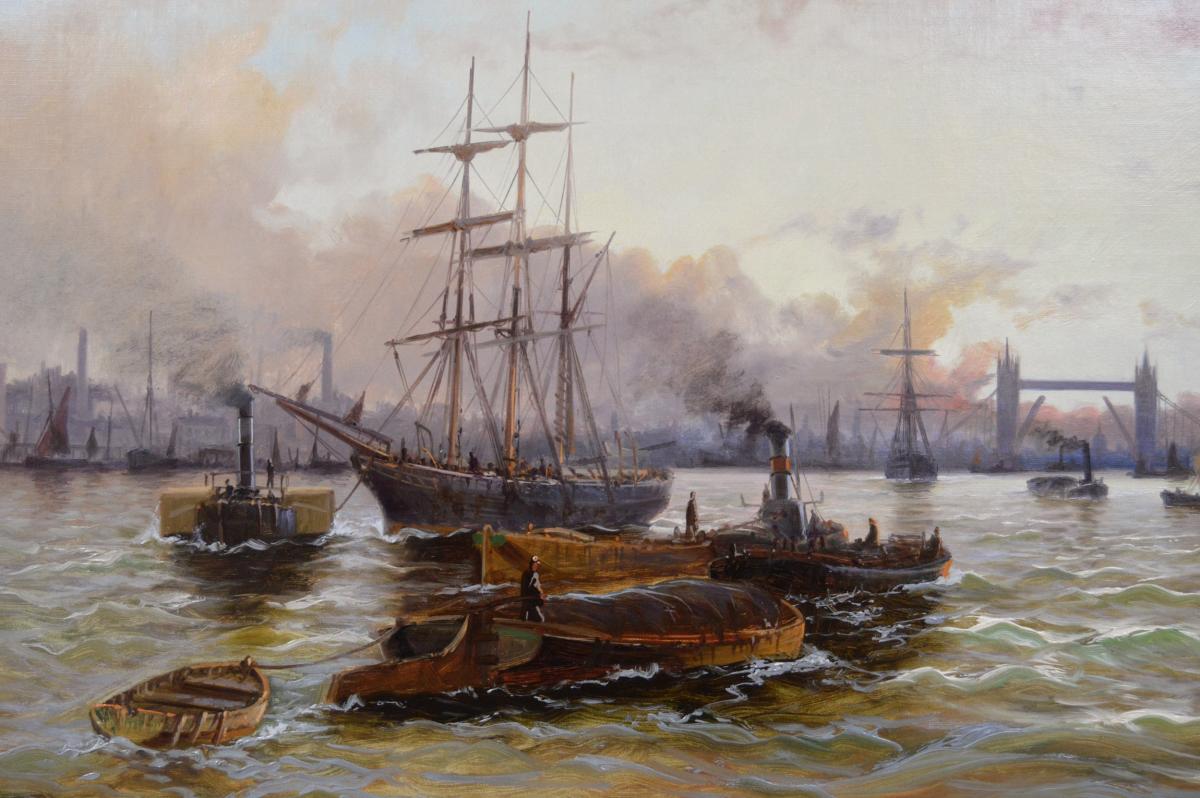 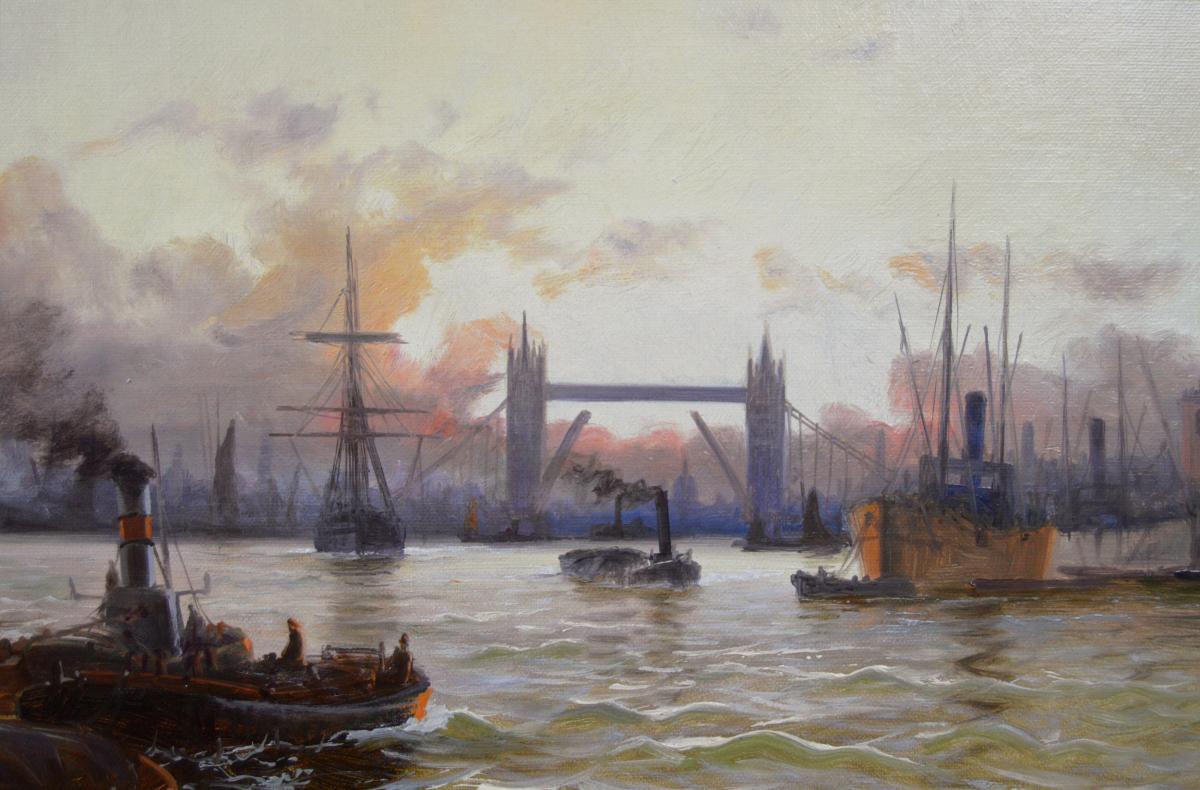 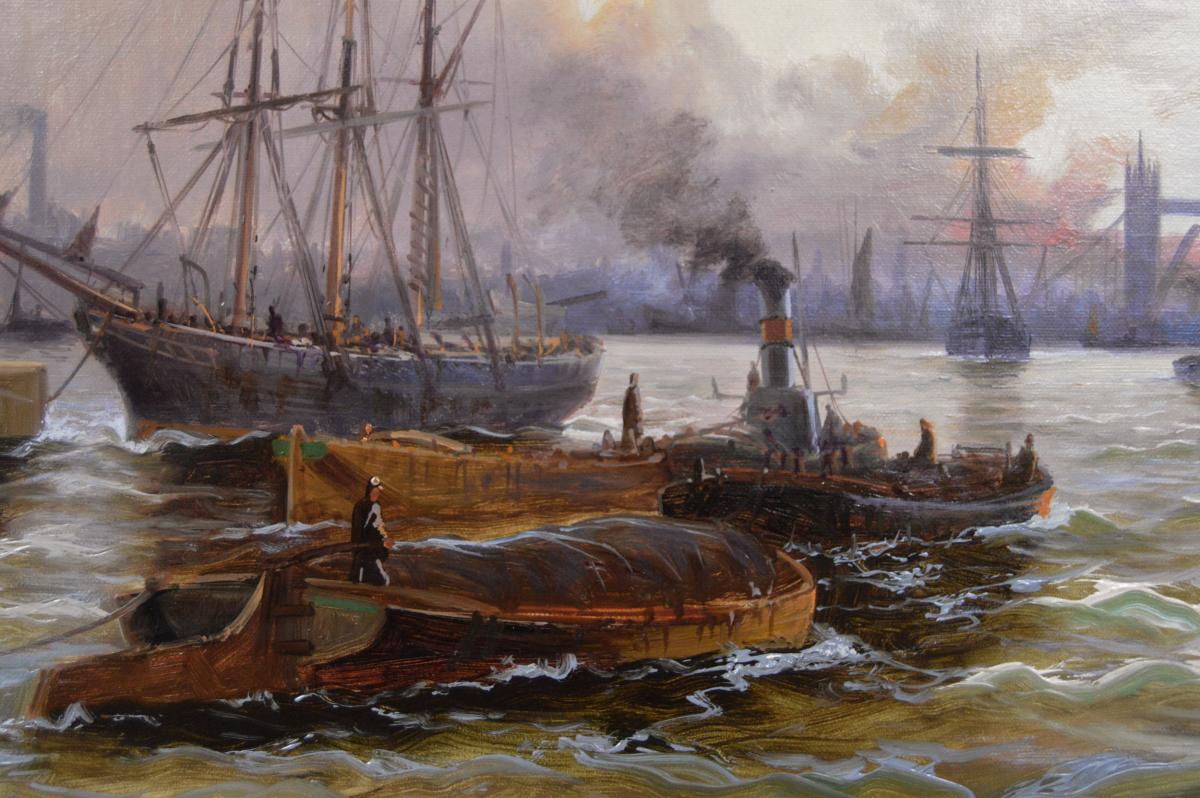 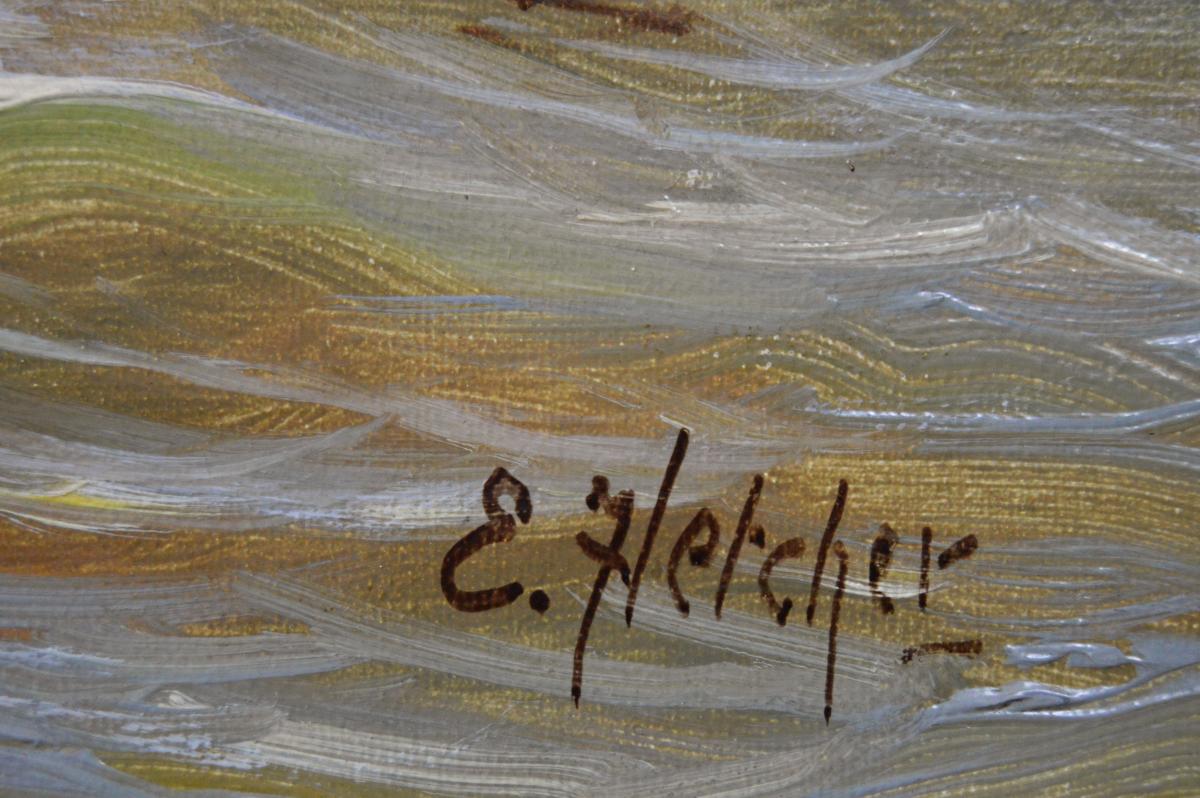 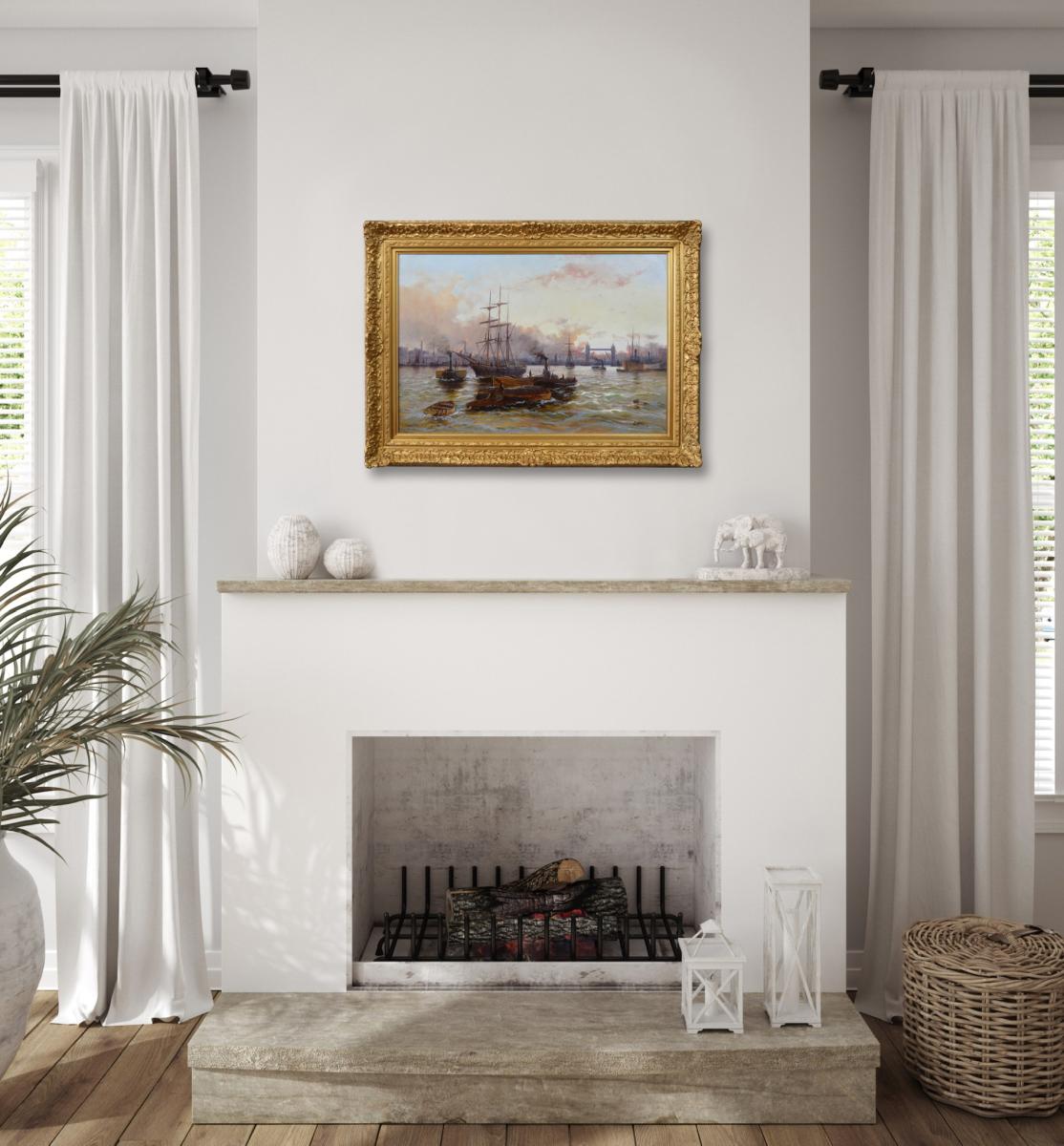 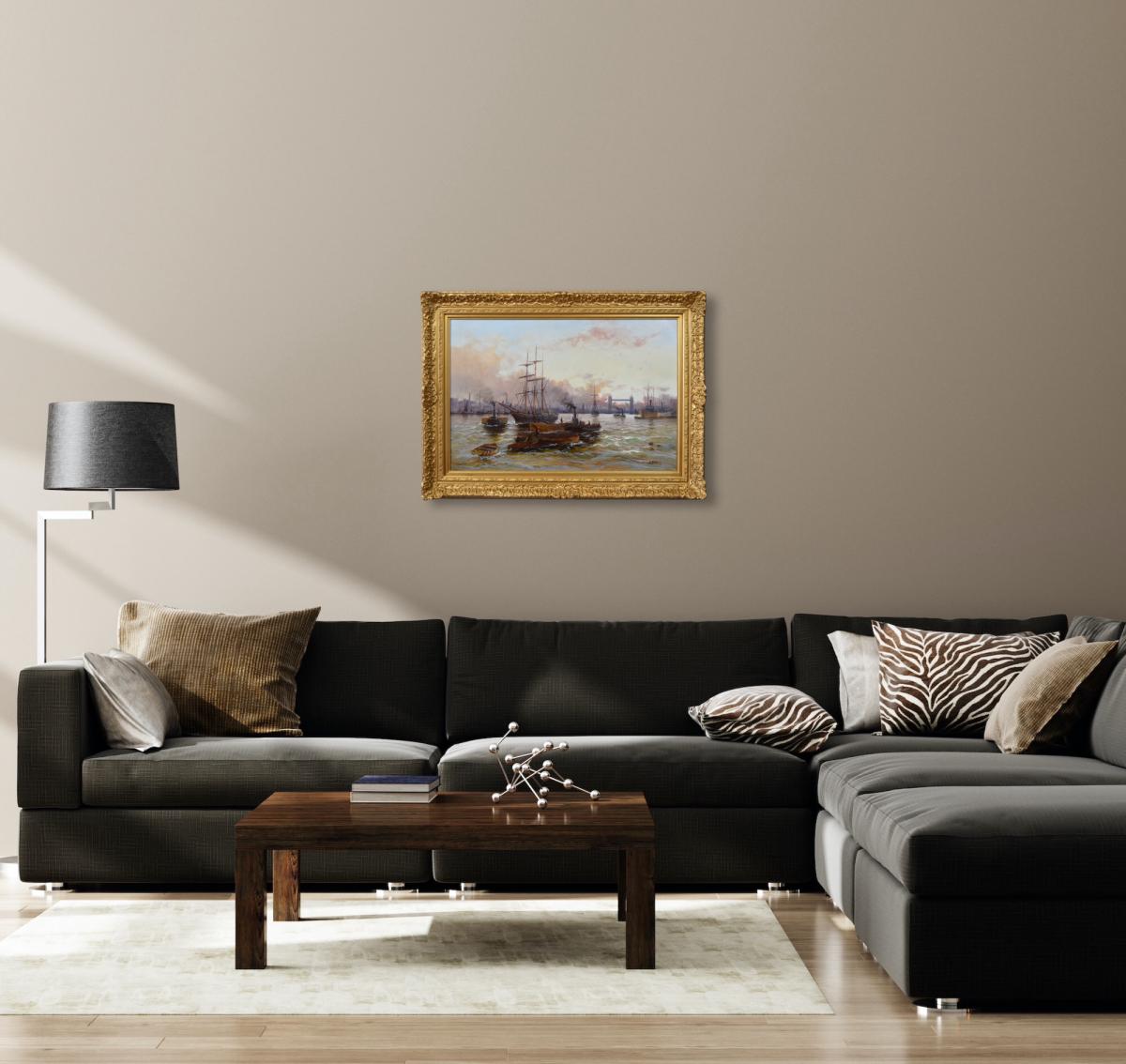 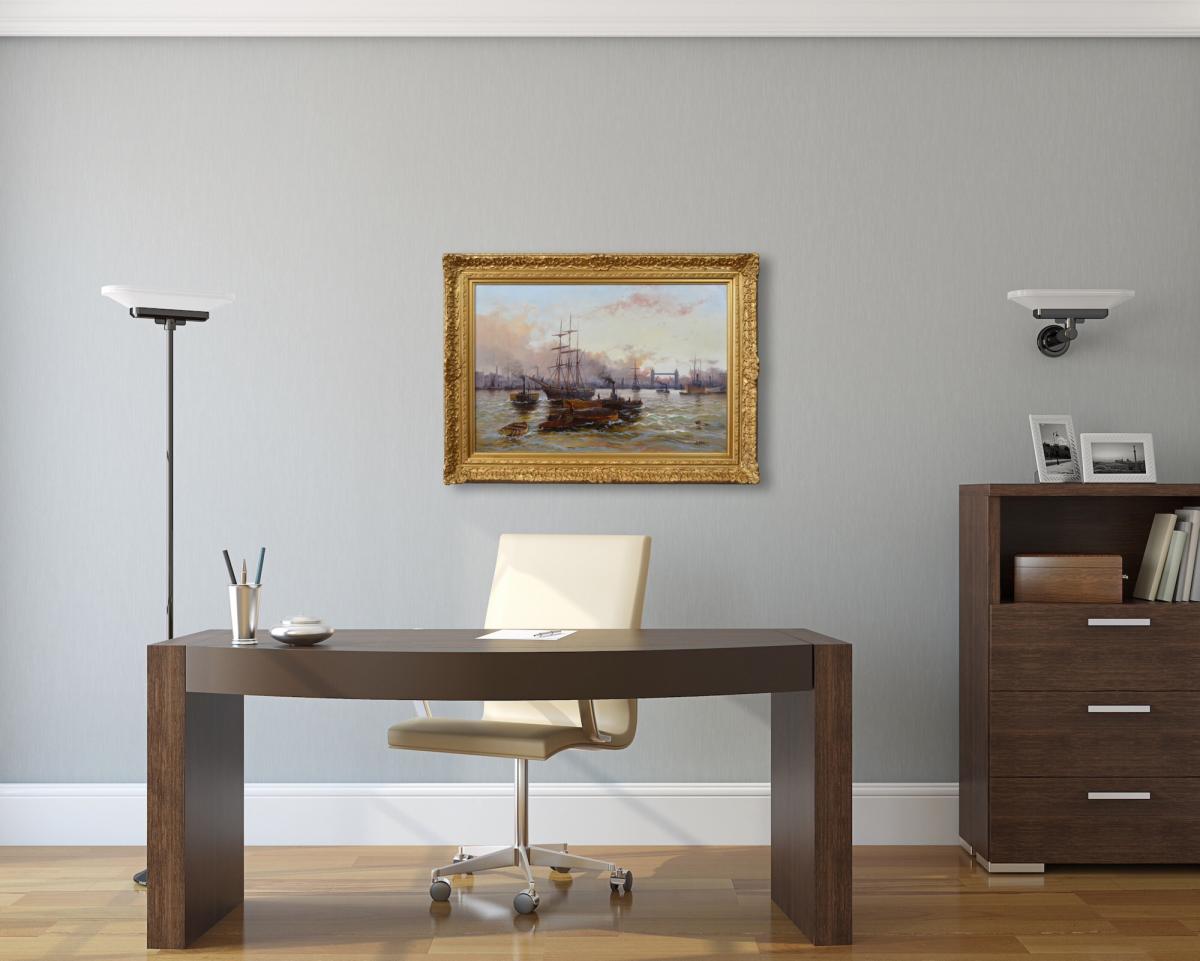 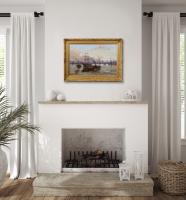 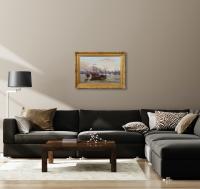 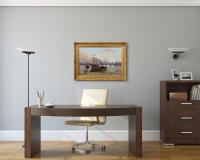 Edward Henry Eugene Fletcher.
British, (1857-1945).
Shipping in the Pool of London at Dusk with Tower Bridge in the Distance.
Oil on canvas, signed.

Edward Henry Eugene Fletcher was a marine artist who was born in Marylebone, London on 23 July 1857 to Robert Henry Fletcher and Julia Pennell. His father worked for the Bengal Pilot Service guiding shipping along the Hooghly River between Calcutta and the Bay of Bengal.  After the death of his father in 1862, his mother married the picture dealer Reuben Brooks.  He attended the Bradmore House School in Chiswick Lane before enrolling at the Chelsea School of Art, where he became a close friend of the landscape artist Daniel Sherrin.

Fletcher initially enlisted in the Army Hospital Corp, serving in Nova Scotia but was invalided out in 1882 at the age of 24 due to an eye condition. His records indicate he was 6ft tall with fair hair and grey eyes. He continued to paint in his spare time and undoubtedly his travels would have inspired his subject matter and given him a deeper knowledge of shipping and the sea. He married Annie Reed Moses in 1886 at Norwich and they lived in Margate before moving back to London to live in Blackheath around 1890. He is widely believed to have set up an auction business during this time to help support his growing family, however , perhaps due to the return of ill health he decided to give it up to focus on painting.

Although he did not exhibit, he sold his work mainly through art galleries, possibly aided by his step father.  He also used the pseudonym name of John Hayes which was probably for contractual reasons. By 1901, he had established himself as a full time artist and was living at Georgette Place in Greenwich with his wife and their 5 children. He later moved to 99 Lee Road, Blackheath where he spent the rest of his life. He died at Blackheath on 23 June, 1945.

Much of Fletcher’s work consisted of views of the river Thames or ships in harbours with all its bustling activity. His style is impressionistic and he uses bold layers of paint to give the picture its dramatic effect. Examples of his work can be found at the Canterbury Museum, Harris Museum, Laing Art Gallery and Russell-Coats Art Gallery. 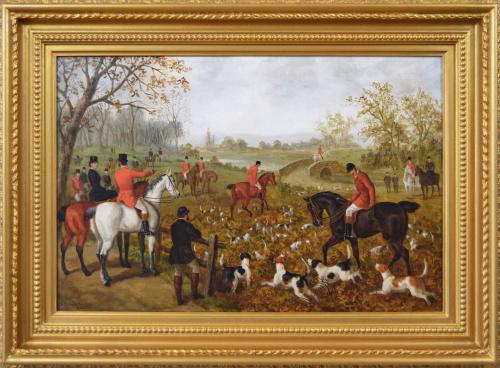 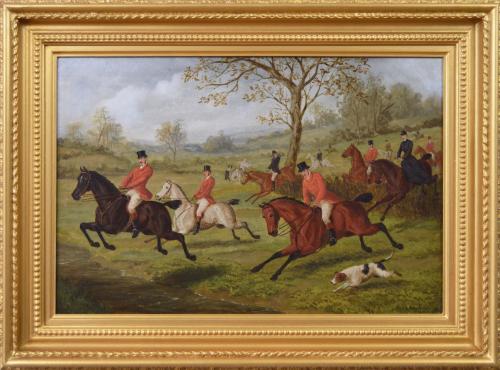 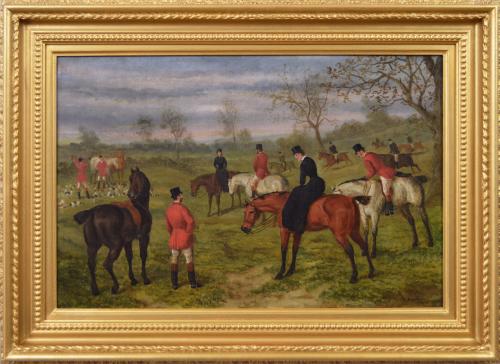