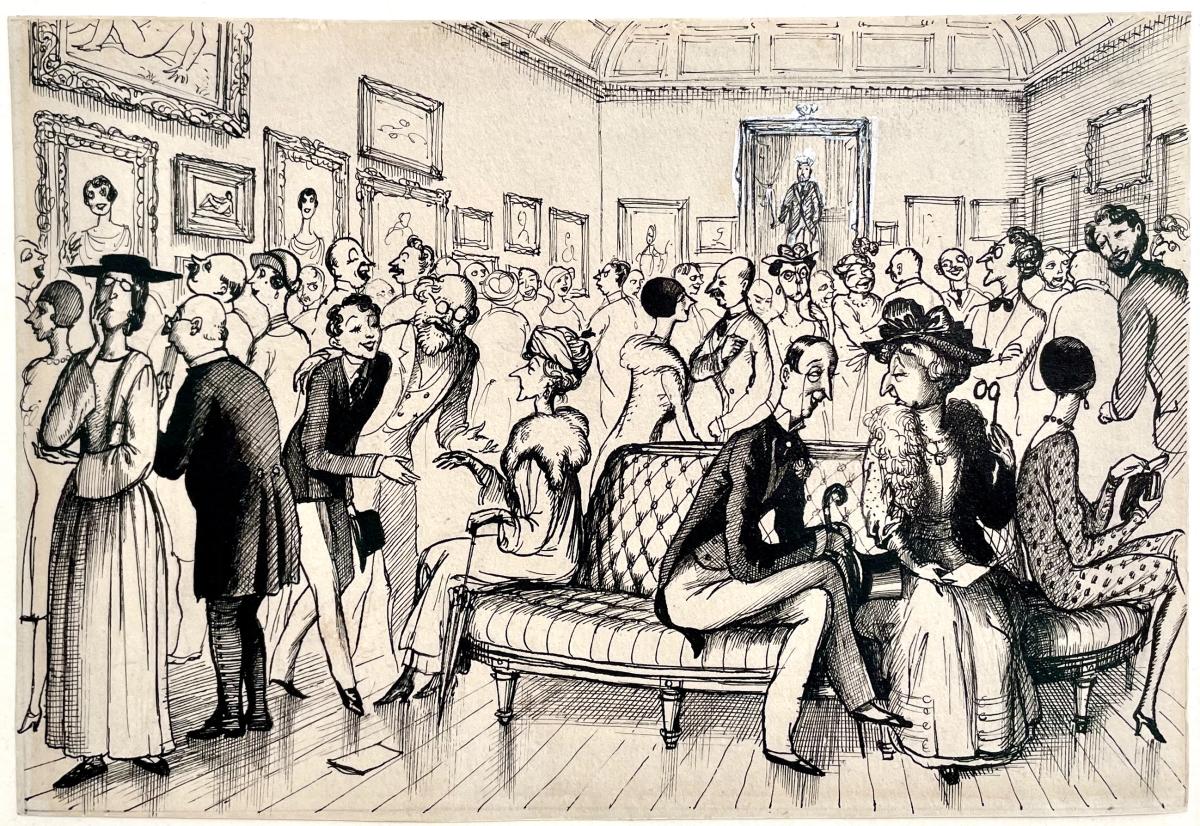 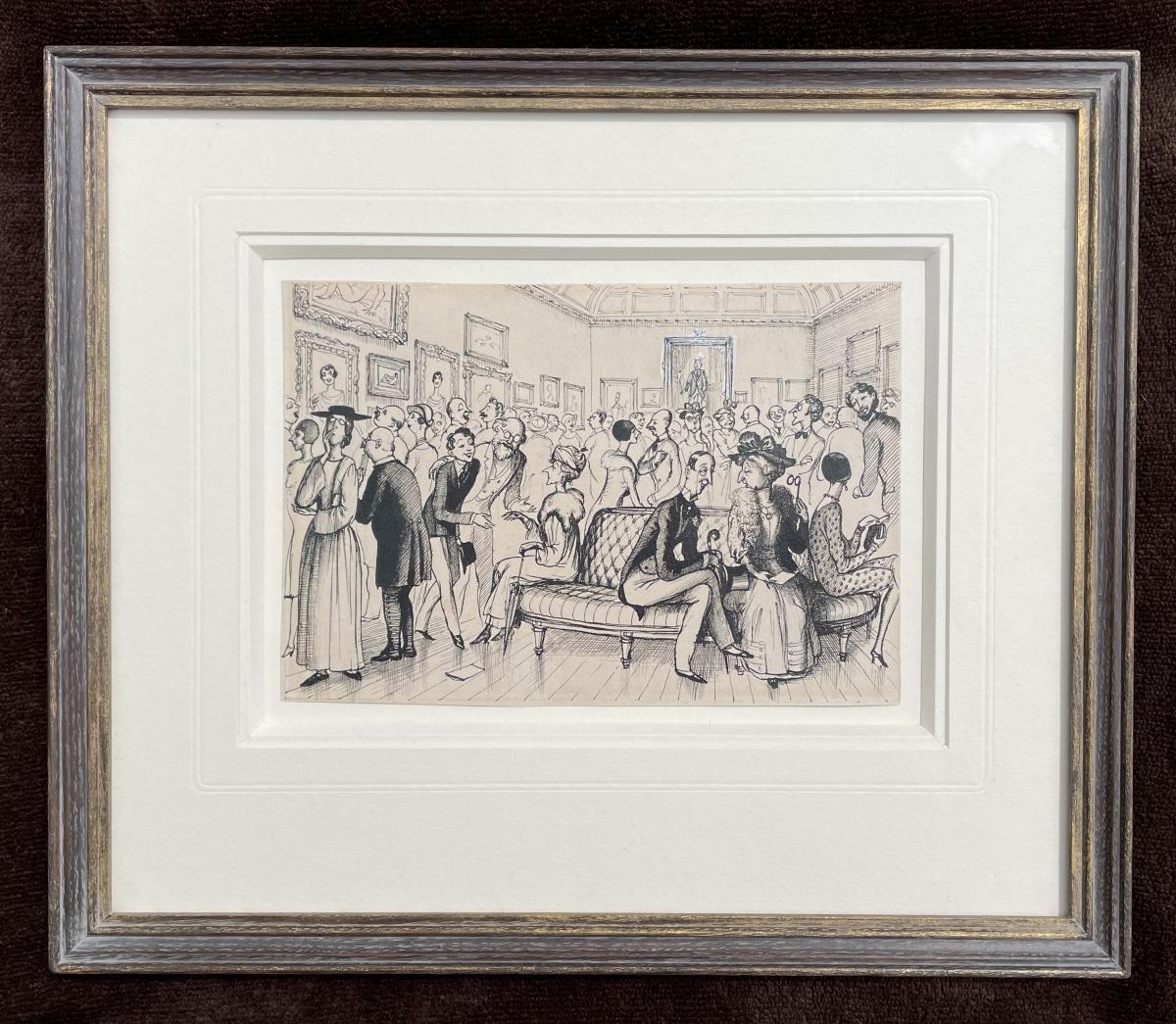 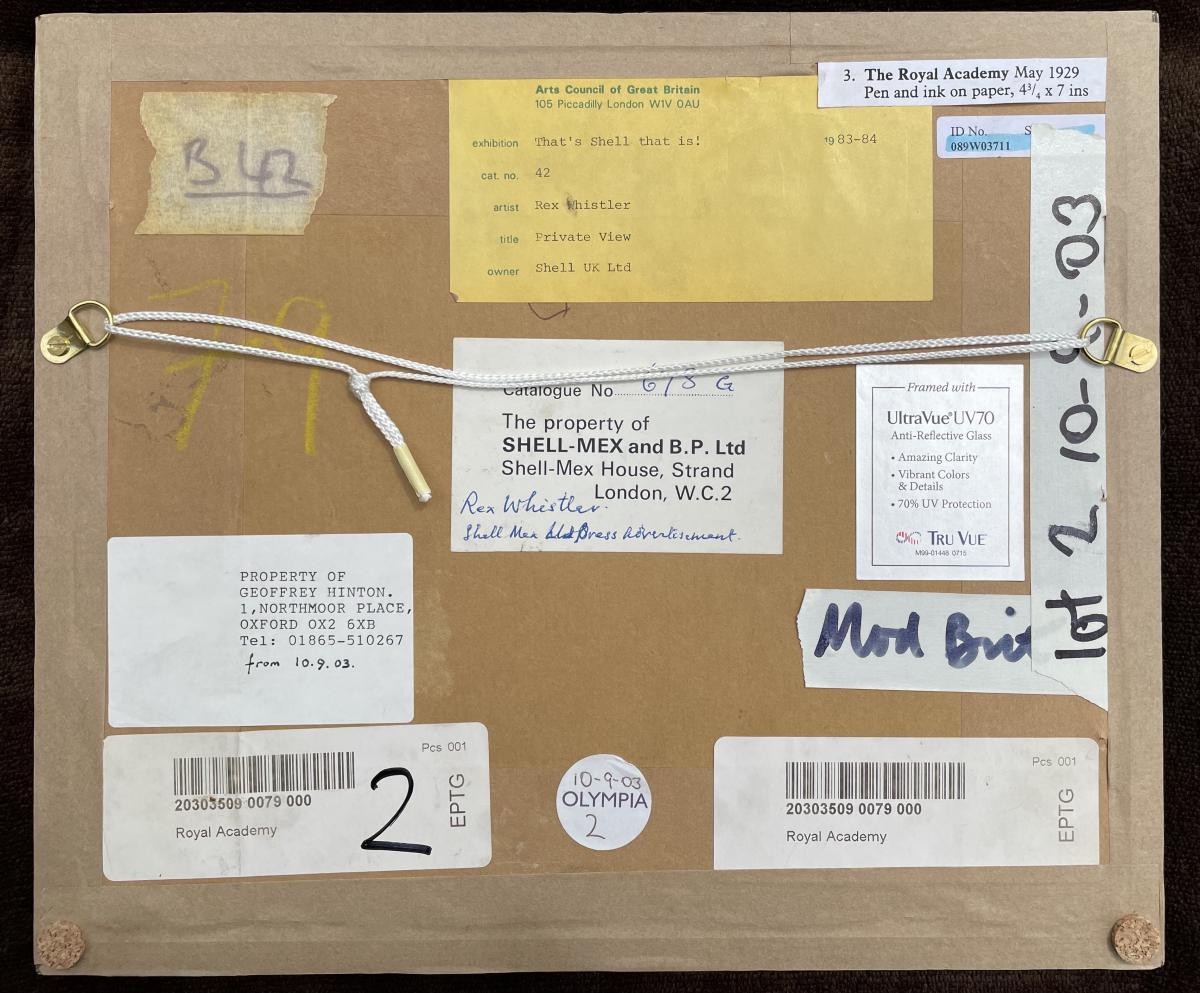 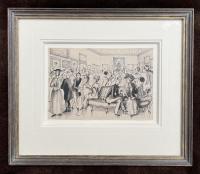 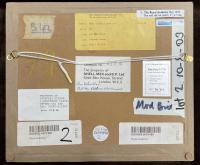 Used by Shell Mex for an advertisement in May 1929.

Reginald (“Rex”) John Whistler was born in Eltham, Kent and educated at Haileybury School.  In 1922 he joined the Royal Academy Schools for a short time before moving to the Slade (1922-26) and then to Rome.  He became a distinguished artist in painting portraits and landscapes, murals, book illustrations and stage designs.  His murals are mostly in private homes but his best-known ones are those painted in 1926-7 for the Restaurant at the Tate Gallery.  A charming and much loved man, he moved easily in high society, and literary and artistic circles.  His promising artistic career was cut short when he was killed in action on 18 July 1944 during World War II while serving with the Welsh Guards in Normandy. 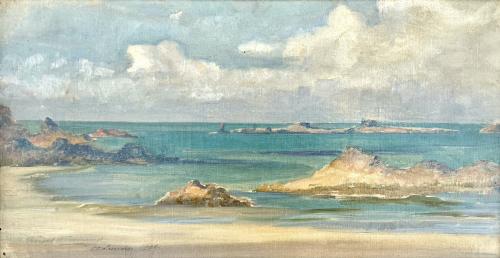 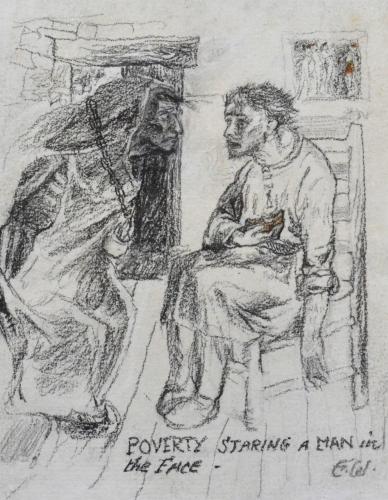