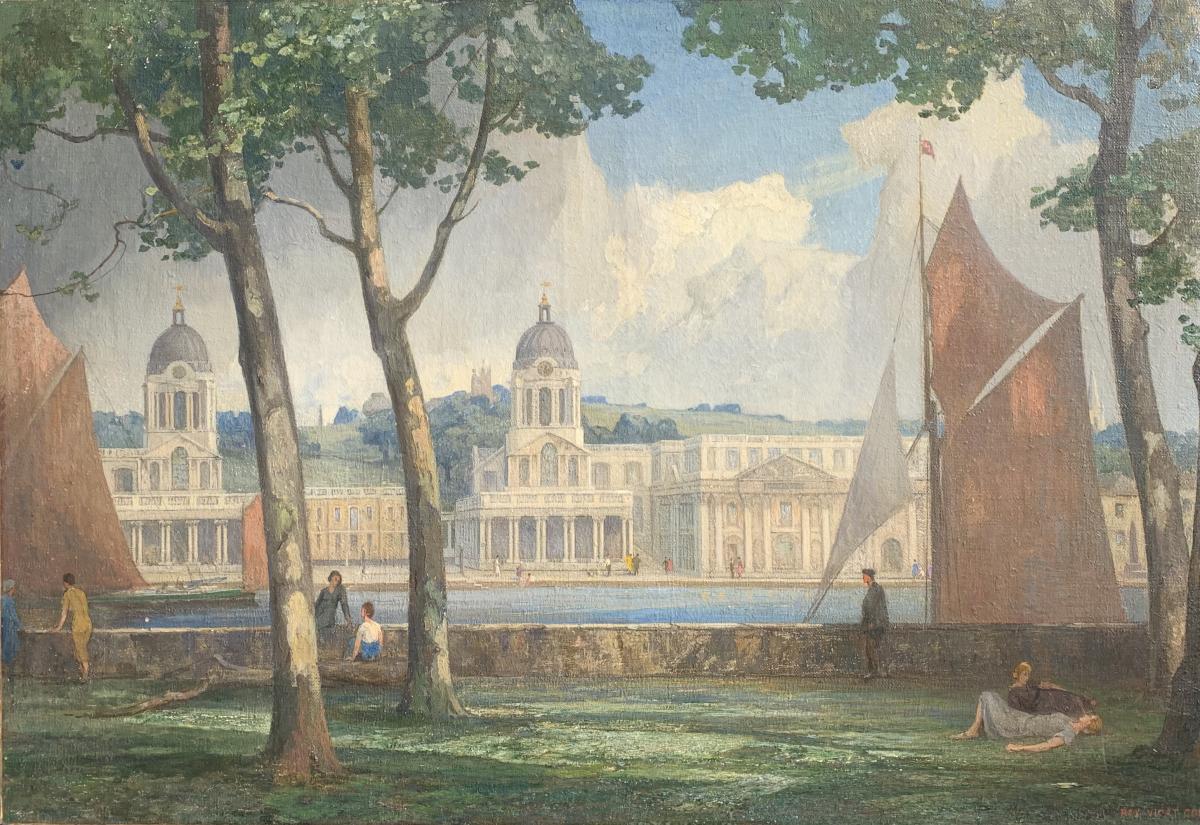 The Royal Hospital at Greenwich from the Isle of Dogs

Signed l.l.; signed, inscribed with title and the artist address on the stretcher

Reginald (Rex) Vicat Cole was the son of the artist George Vicat Cole.  He began to exhibit in London in the 1890s and was elected a member of the Royal Society of British Artists in 1900.  He taught at King’s College London with Byam Shaw and together they opened their own establishment, the Byam Shaw and Vicat Cole School of Art in Camden Street, Kensington in 1910.  At the outbreak of the First World War Vicat Cole and Byam Shaw enlisted in the Artists Rifles, although Shaw soon transferred to the Special Constabulary.  After Shaw’s death in 1919 Vicat Cole was Principal until his retirement in 1926.

Known for his landscapes and paintings of trees he also had a keen interest in depicting the streets of London.  He held a one-man show “London Old and New” at Robert Dunthorne’s Gallery, Vigo Street, London, in 1935 and planned a book The Streets of London which was never published.  He exhibited at the Royal Academy and elsewhere.