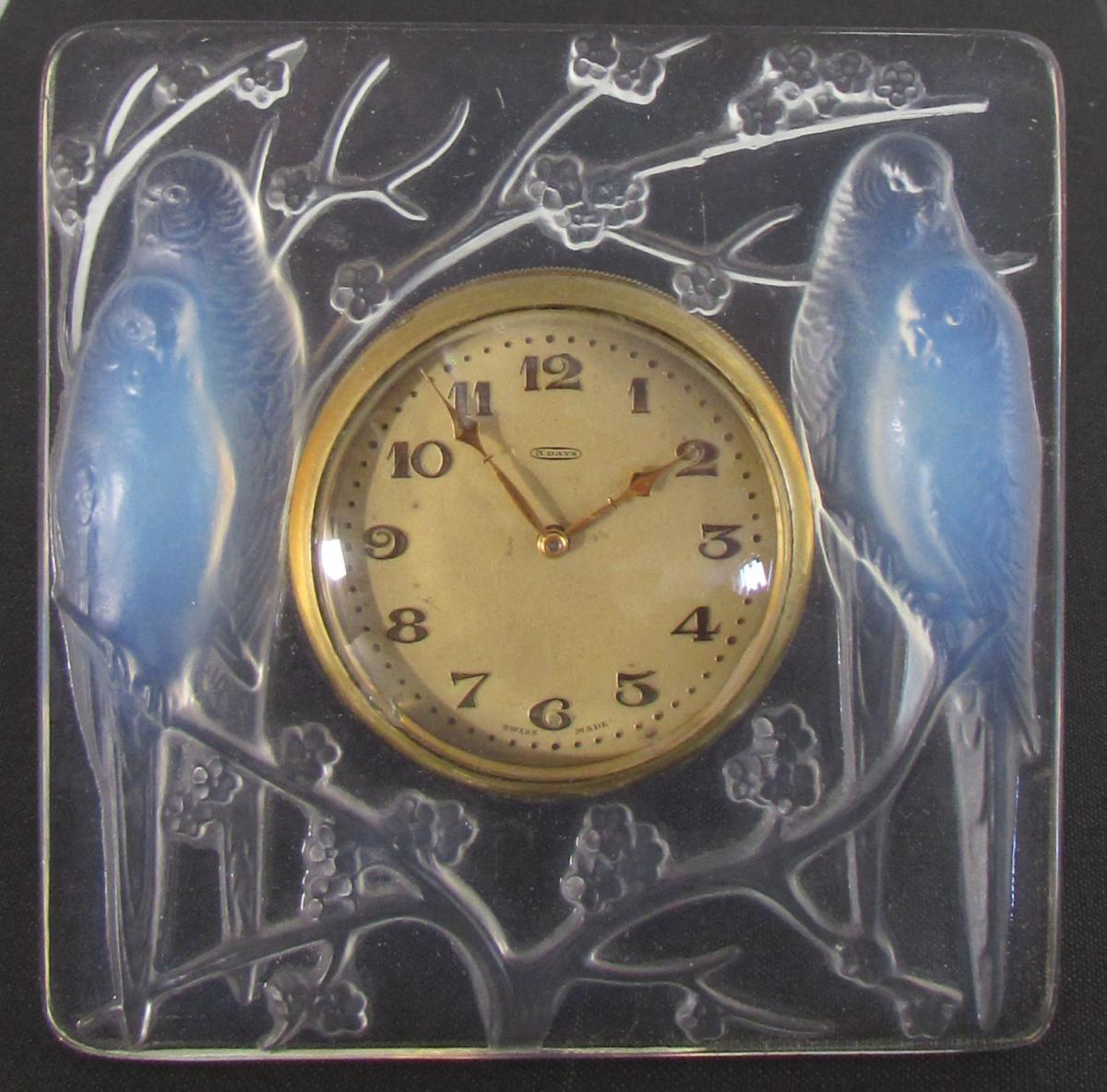 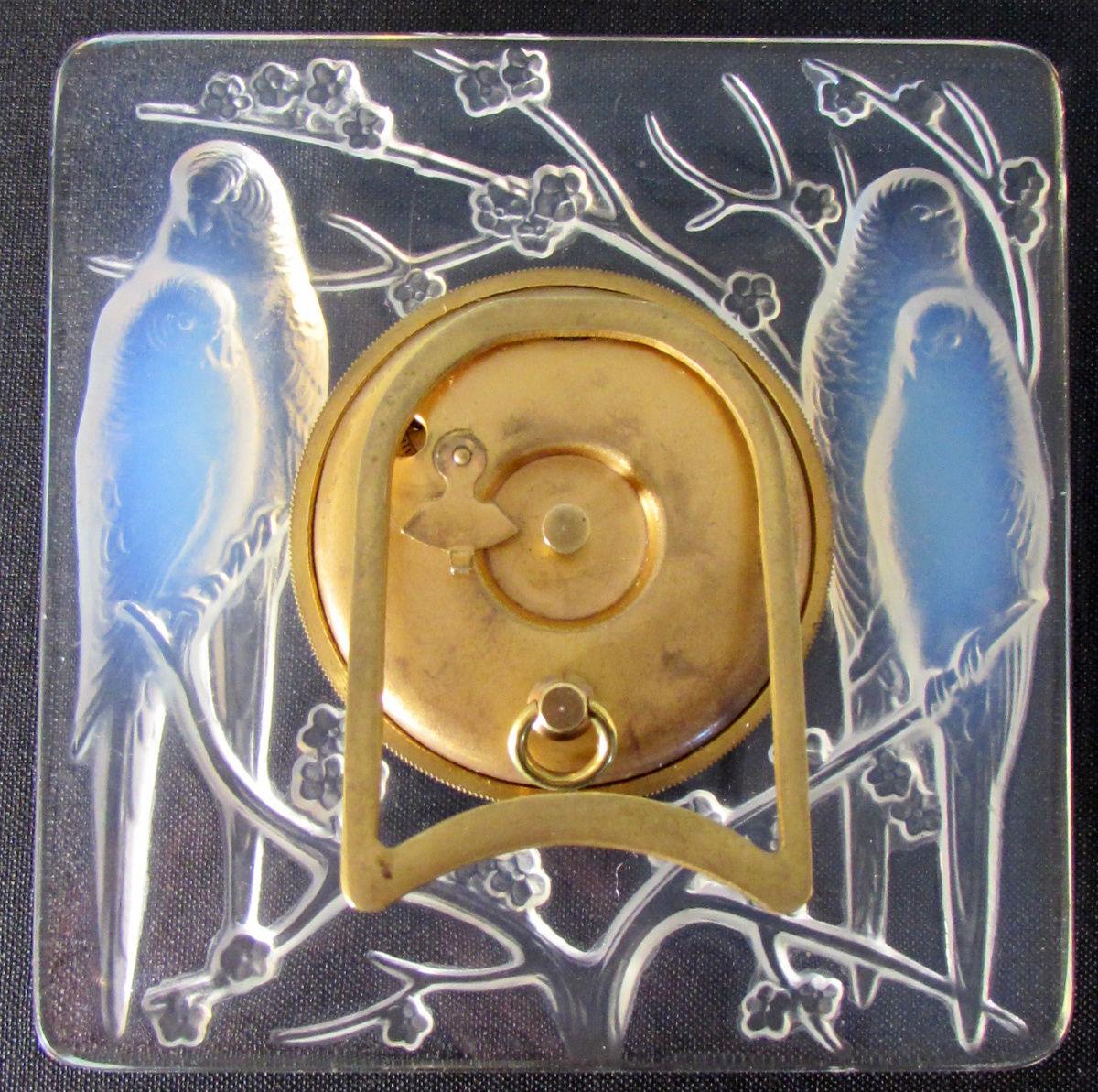 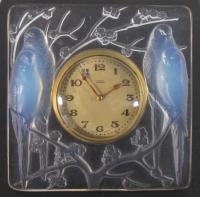 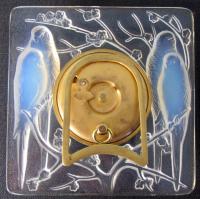 A glass clock, Quatre Perruches signed to the lower edge for René Lalique, Paris to a design devised in September 1927 and illustrated in the Lalique catalogue for the years 1928, 1932 and 1937.

The design is illustrated and described in the René Lalique Catalogue Raisonne, compiled by Felix Marcilhac.

The Swiss eight-day movement has a gilt dial with raised gilded numerals.

In 1872, aged twelve, he entered the Collège Turgot where he started drawing and sketching. He attended evening classes at the Ecole des arts décoratifs and consequently worked there from 1874 until1876 and then spent two years at the Crystal Palace School of Art in Sydenham, London. During that time, he also practised as an apprentice goldsmith to leading Parisian art nouveau jeweller and goldsmith, Louis Aucoc. At the Sydenham Art College, his skills for graphic design were improved, and his naturalistic approach to art was further developed.

When he returned from England he worked as a freelance artist, designing pieces of jewellery for French jewellers Cartier, Boucheron and others. In 1885, he opened his own business designing and making his own jewellery and other glass pieces. By 1890, Lalique was recognised as one of France's foremost Art Nouveau jewellery designers; creating innovative pieces for Samuel Bing's new Paris shop, Maison de l'Art Nouveau. He went on to be one of the most famous in his field, his name synonymous with creativity, beauty and quality.