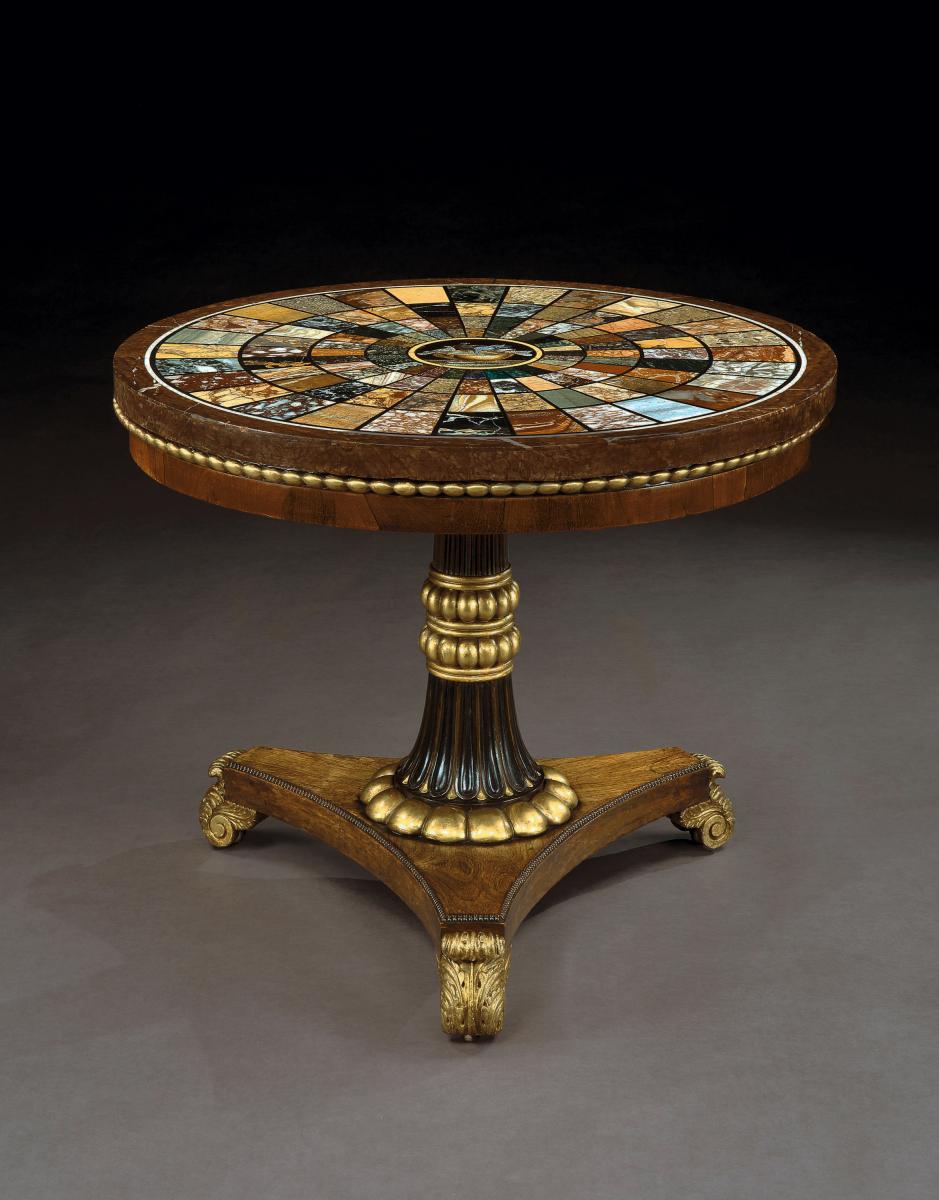 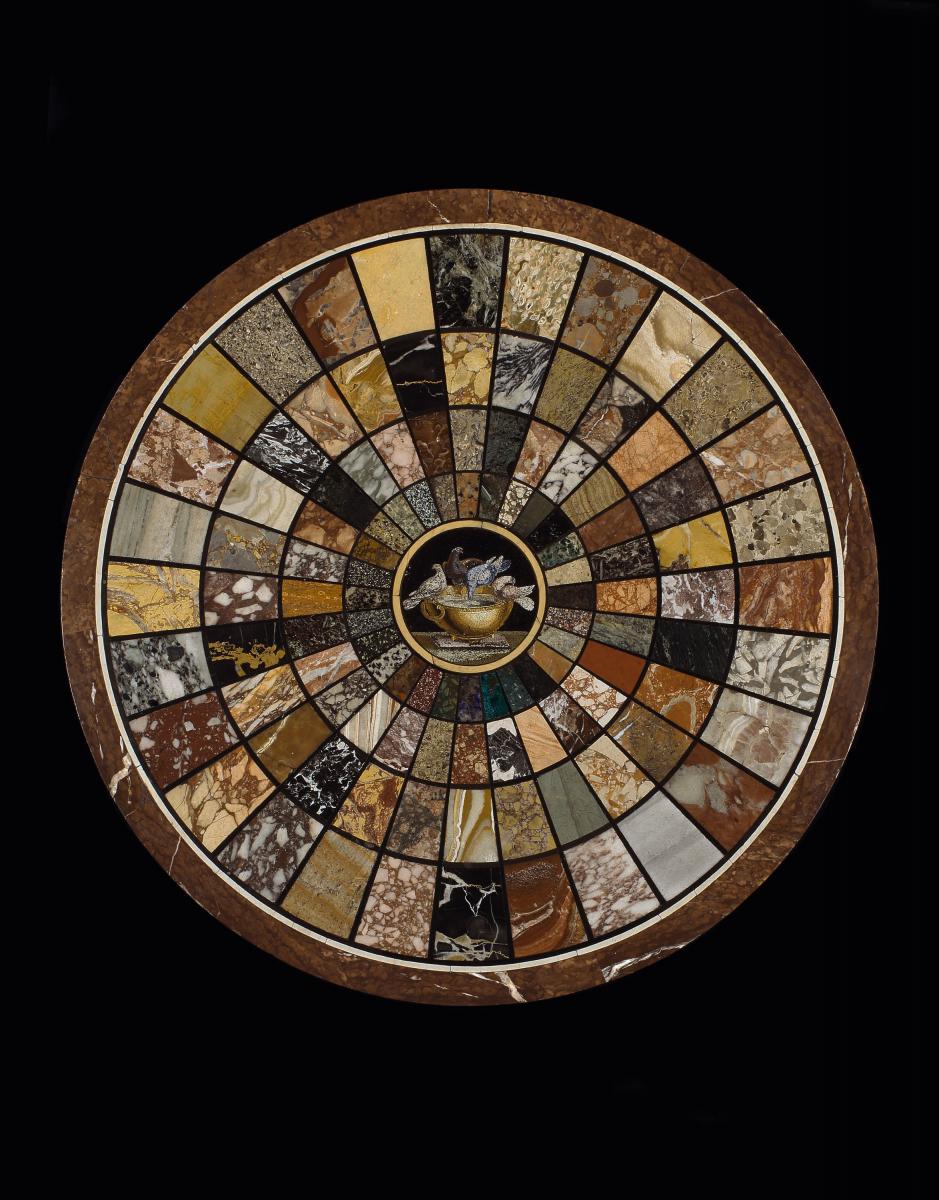 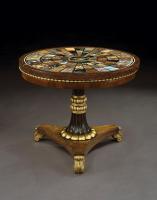 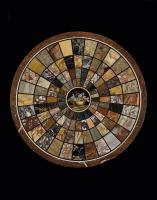 A superb Regency circular centre table, the specimen marble top inlaid with radiating panels of 112 various marbles and hard stones including Malachite, Lapis-Lazuli and Harlequin Breccia, all centred by a micro mosaic panel depicting ‘The Doves of Pliny’. The light coloured rosewood base with a  bronze patinated carved column emblematic of lotus leaves, and standing on leaf carved scroll feet with inset brass castors.

Dr Gordon's collection focused around Tribal art, Antiquities and Furniture and while he also collected other items that included Yoruba, Inuit, Egyptian, and Central Asian pieces, the central theme of his collection was for pieces that had a naturalistic streak, the present table being a fine example.

It is particularly unusual for a early Regency specimen marble top to be centered by a micro-mosaic.

It is also rare to find a table that has retained its original base in such fine condition.

The majority of surviving examples, have replaced bases that were often crudely constructed in the late 19th Century/ early 20th Century in a black rosewood.