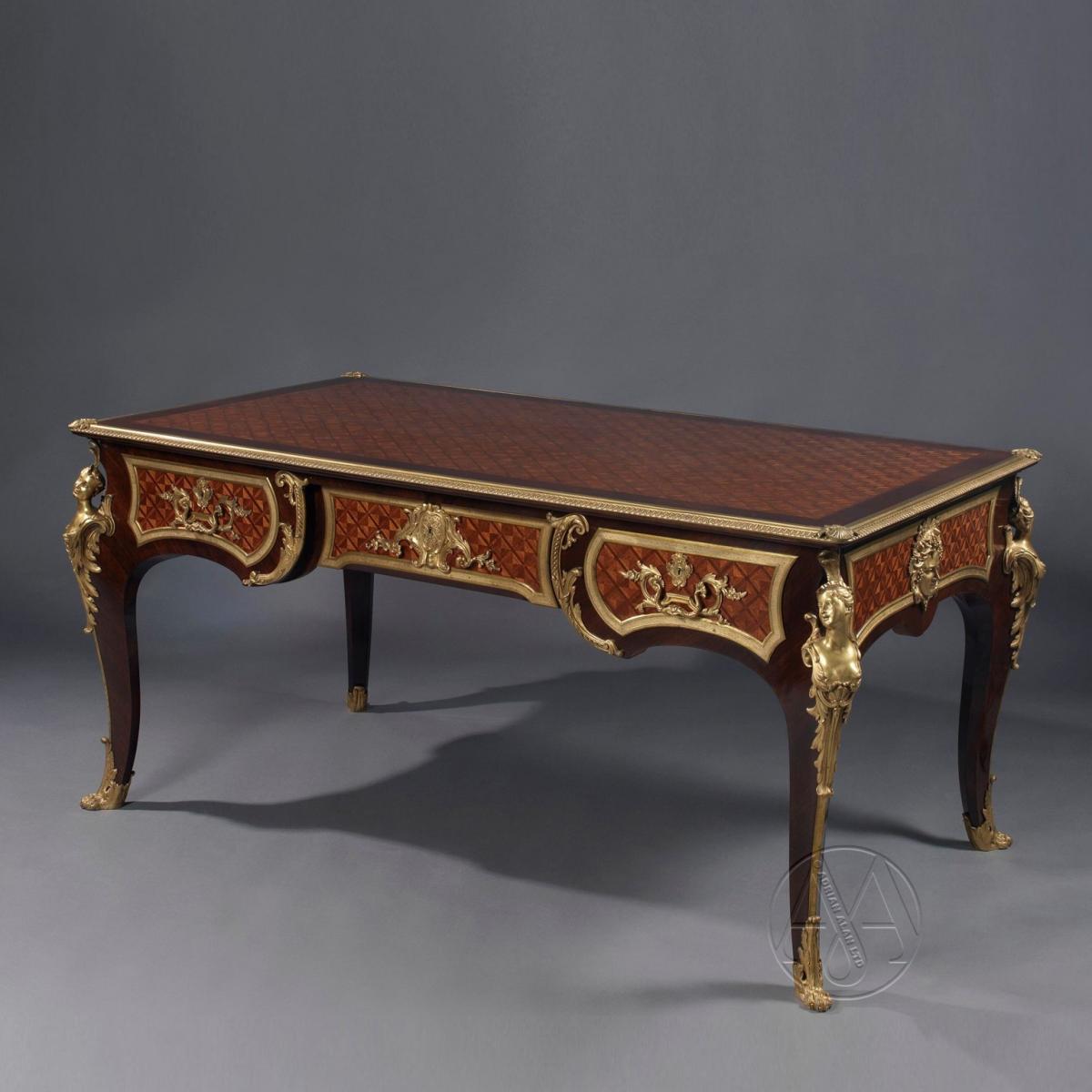 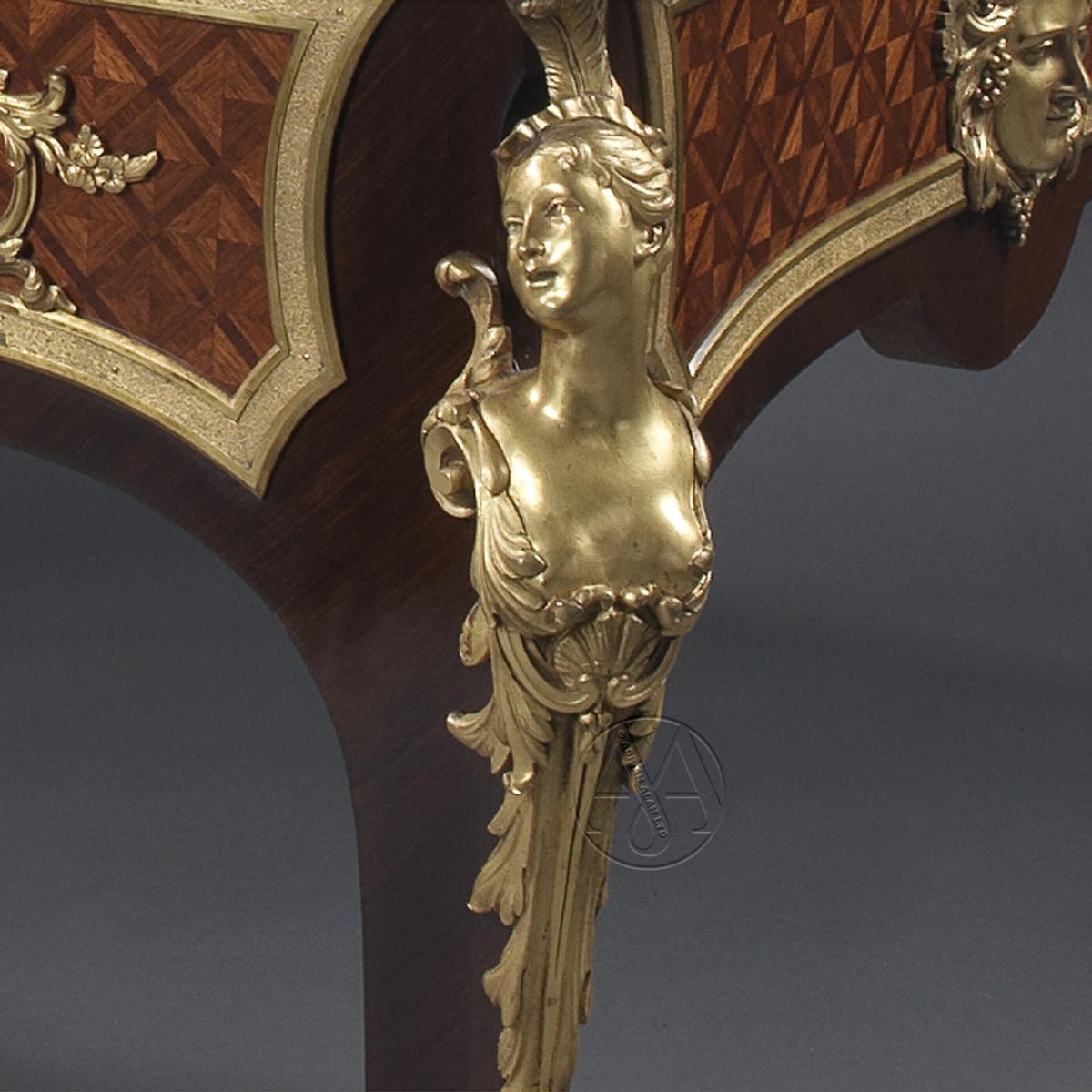 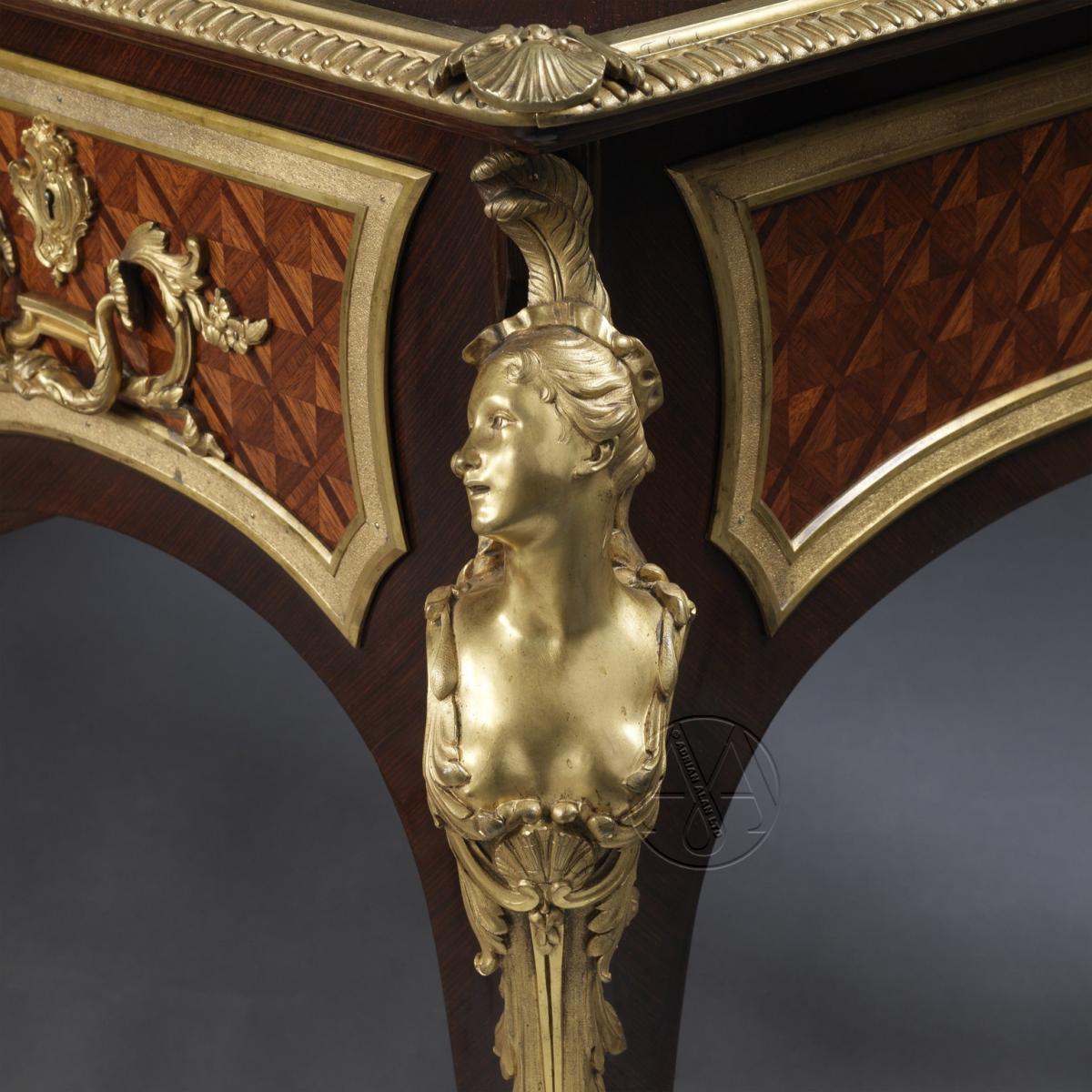 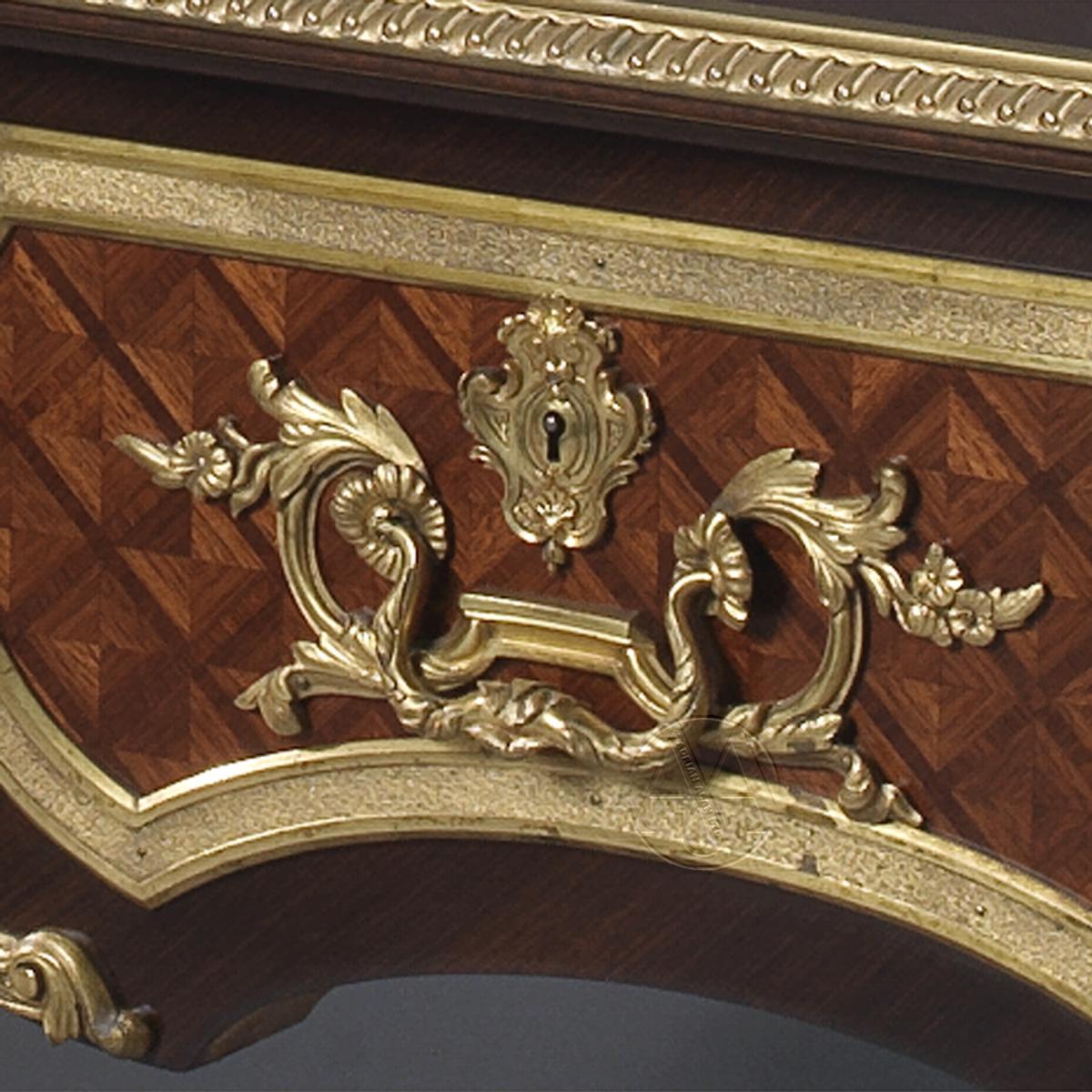 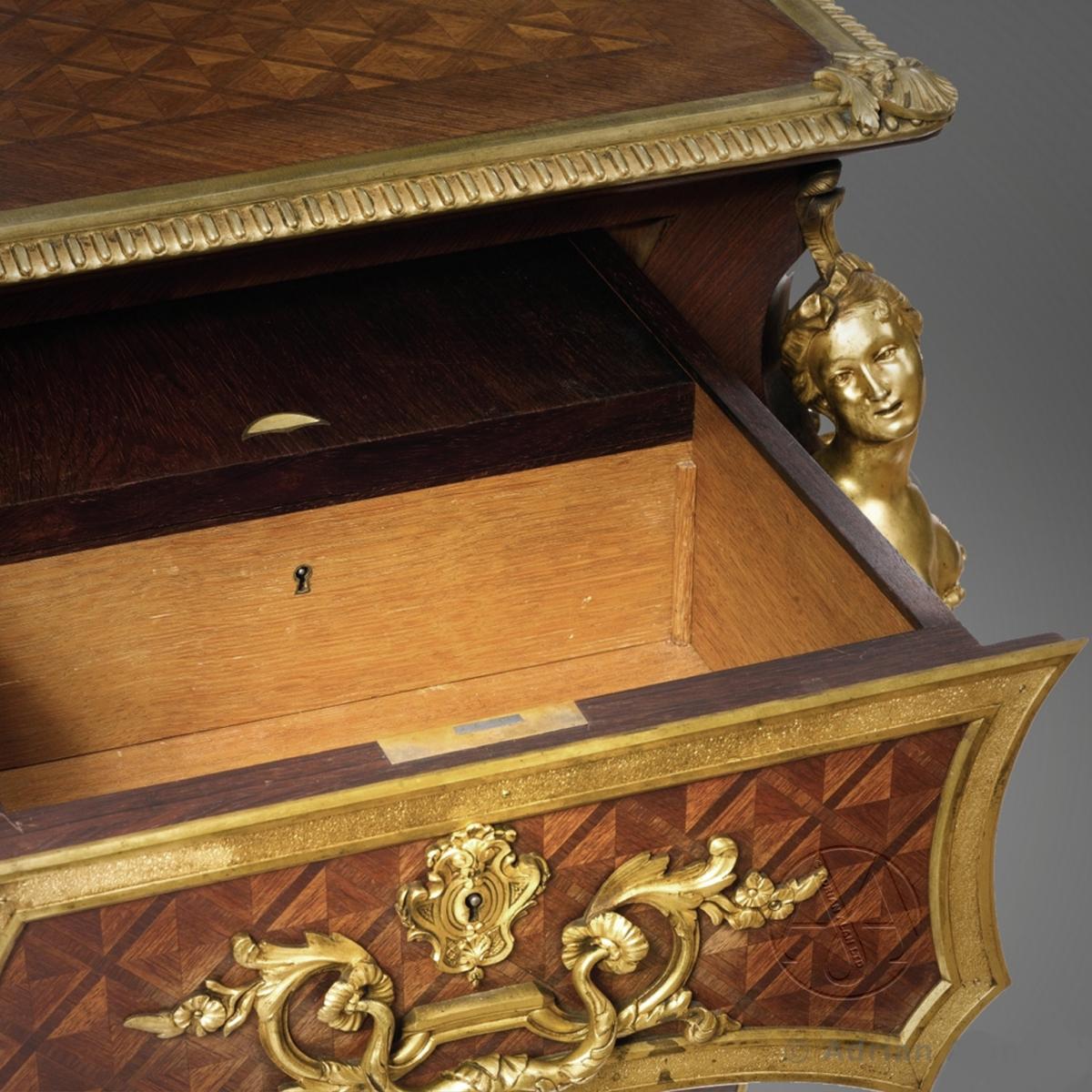 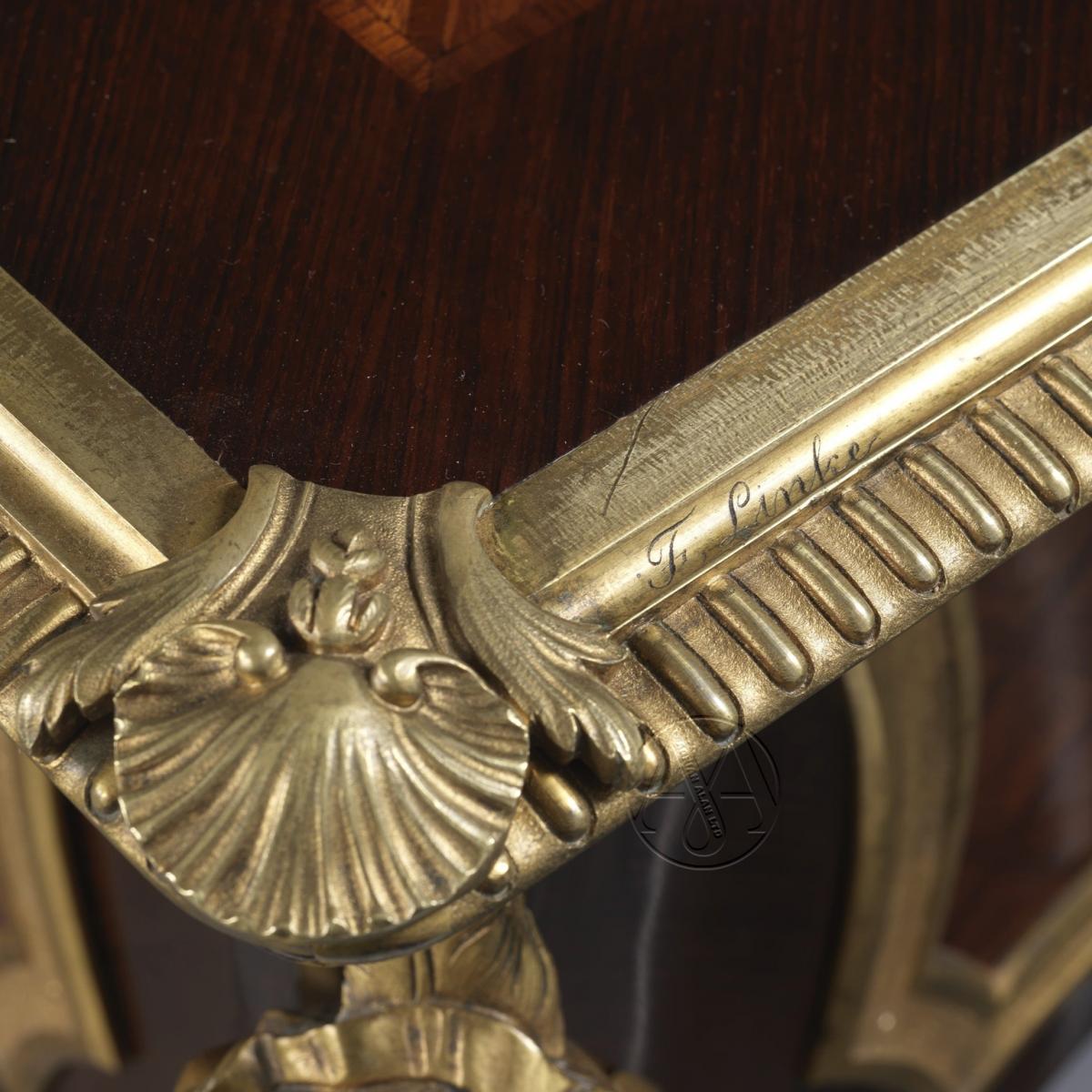 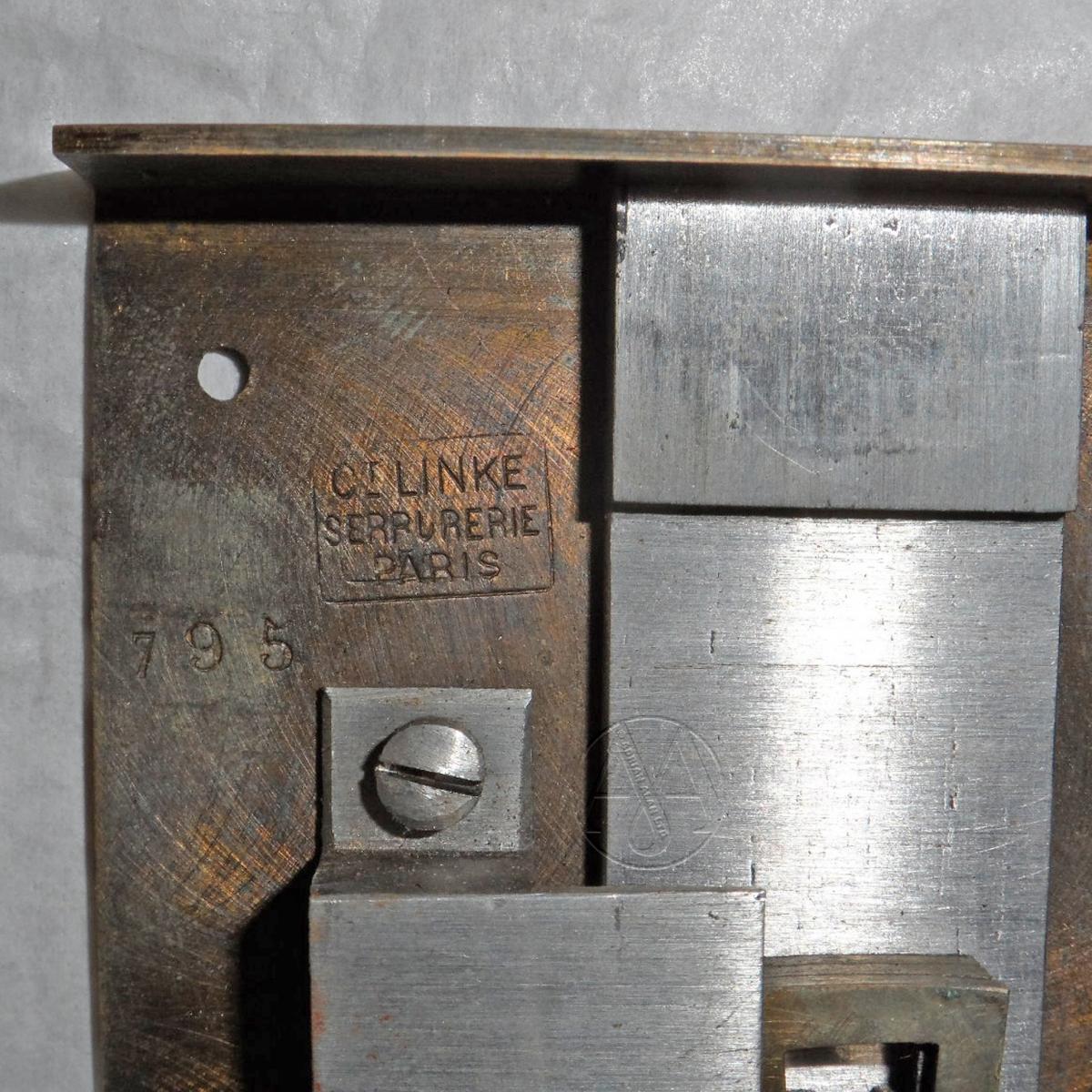 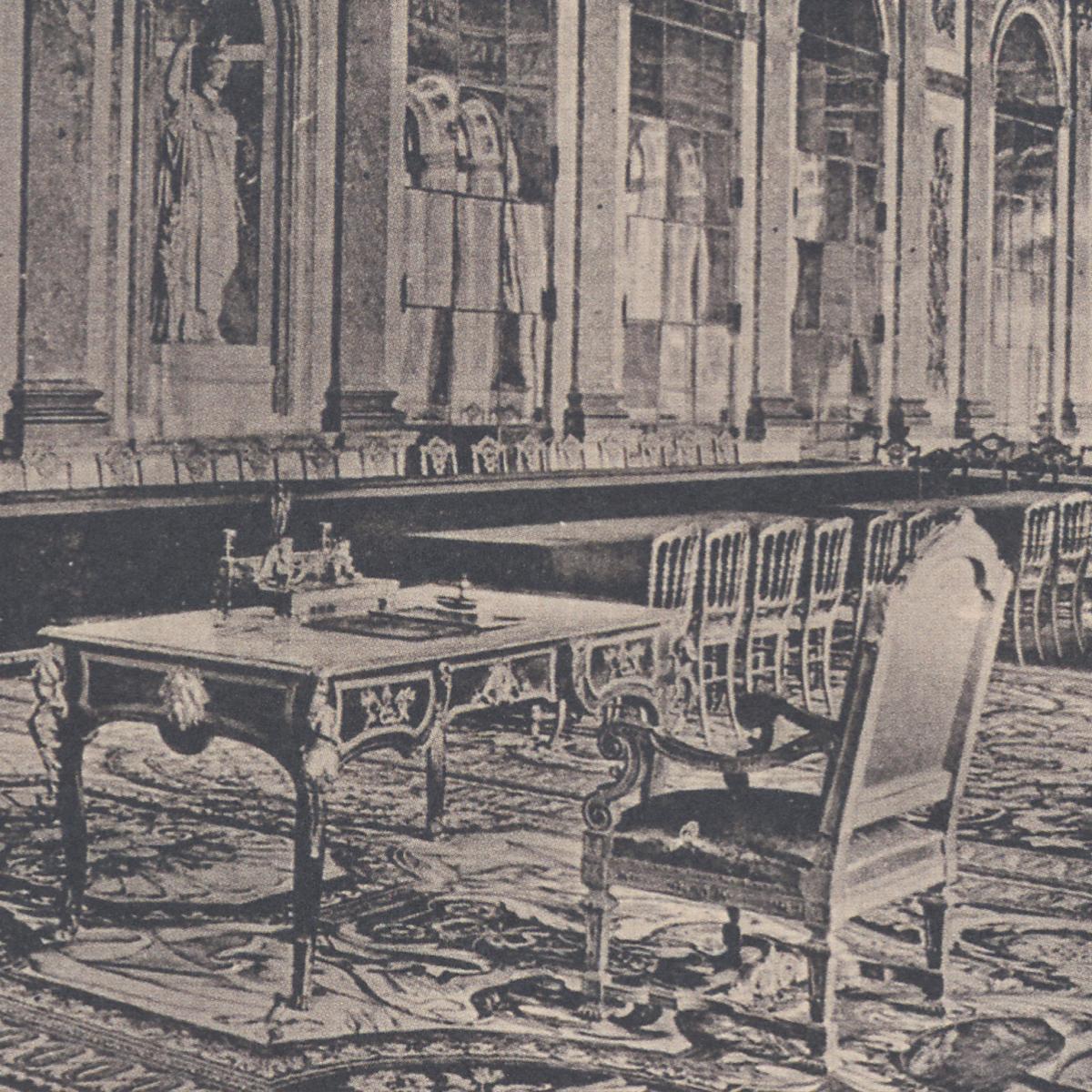 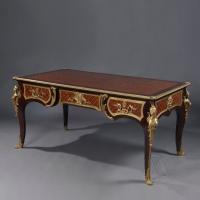 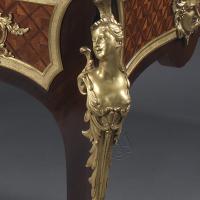 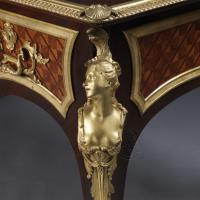 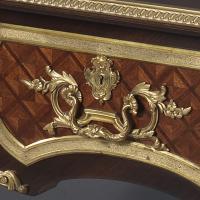 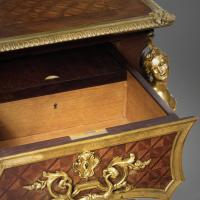 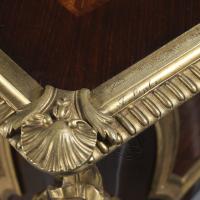 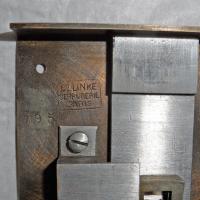 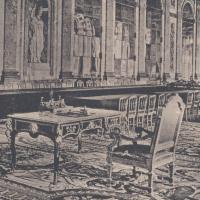 This fine bureau plat has a rectangular trellis parquetry top with a gilt-bronze dentilled surround and scallop shell clasps to the corners.   The frieze is fitted with three drawers to the front and three dummy drawers to the reverse, all with foliate-cast frame and handles.  The sides of the desk are centred by Bacchic masks and the corners headed by sculptural gilt-bronze female espagnolettes.   The bureau is raised on tapering cabriole legs with acanthus wrapped paw feet.

The original model for this sophisticated bureau plat was made by the important 18th century ébéniste Charles Cressent and now resides at the Huntington Library, San Marino, California.  [Object Number: 27.18 ].   The model is distinguished by lively sculptural female espagnolettes to the corners with feathered head-dresses.  The mounts were first described by officers of the founder's guild in a list of bronzes seized in Cressent's workshop in 1723 as "quatre termes de moyenne grandeur avec des testes de femmes coiffées de plumes et aigrettes, dont le buste est en console" (four terminal figures of medium size with female heads dressed with feathers and tufts).  The asymmetrical composition of the figures with their turned heads and suggestion of movement, reflect Cressent’s shift stylistically from the more static forms of the Baroque to a more whimsical and lively Rococo style.   The Bacchic masks to the sides of the desk, although derived from baroque models of André-Charles Boulle (1642-1732) from the turn of the century, have also been updated to reflect this new Rococo style with the addition of asymmetrical foliage.

The original bureau plat by Cressent was used for the signature of the Peace Treaty at Versailles in 1919.