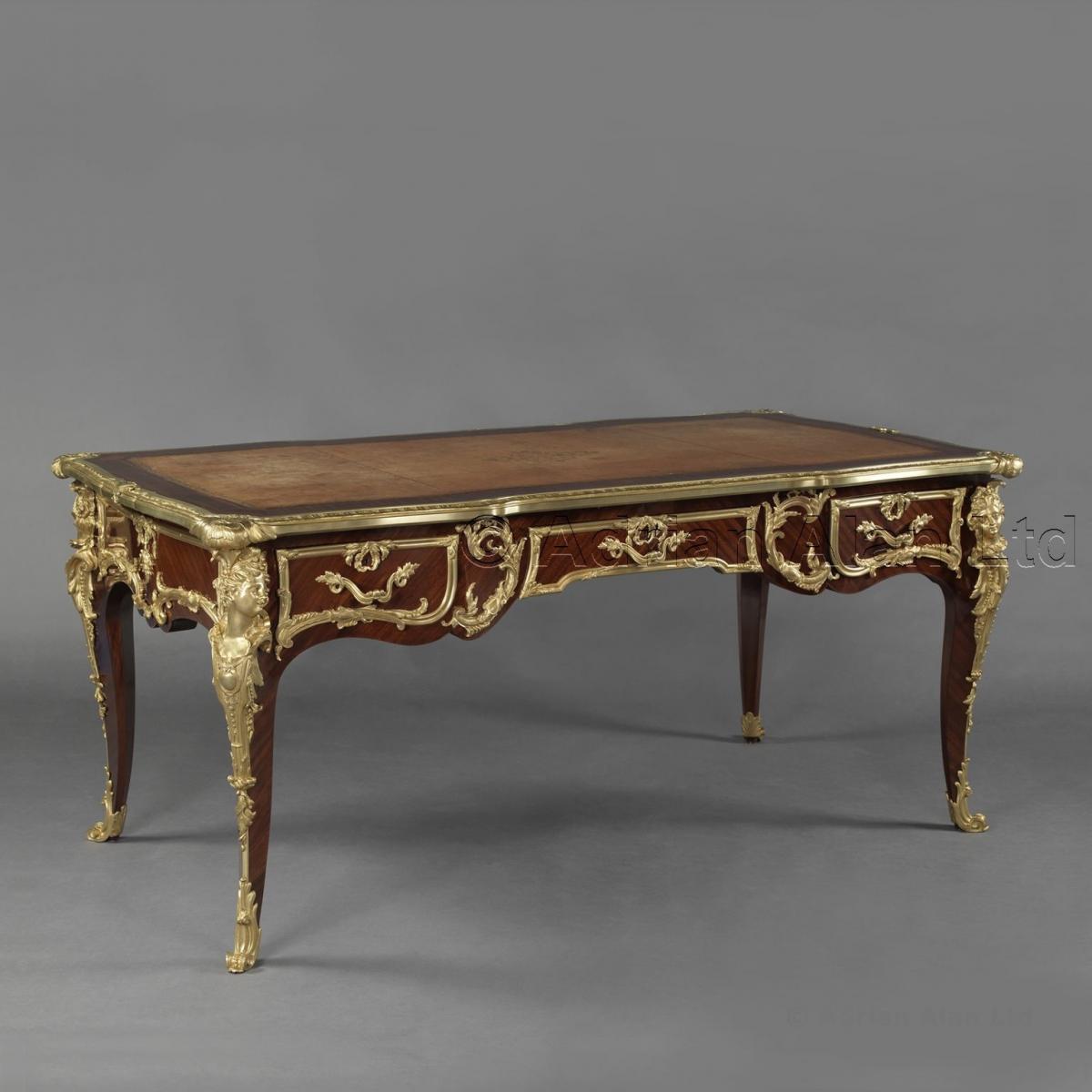 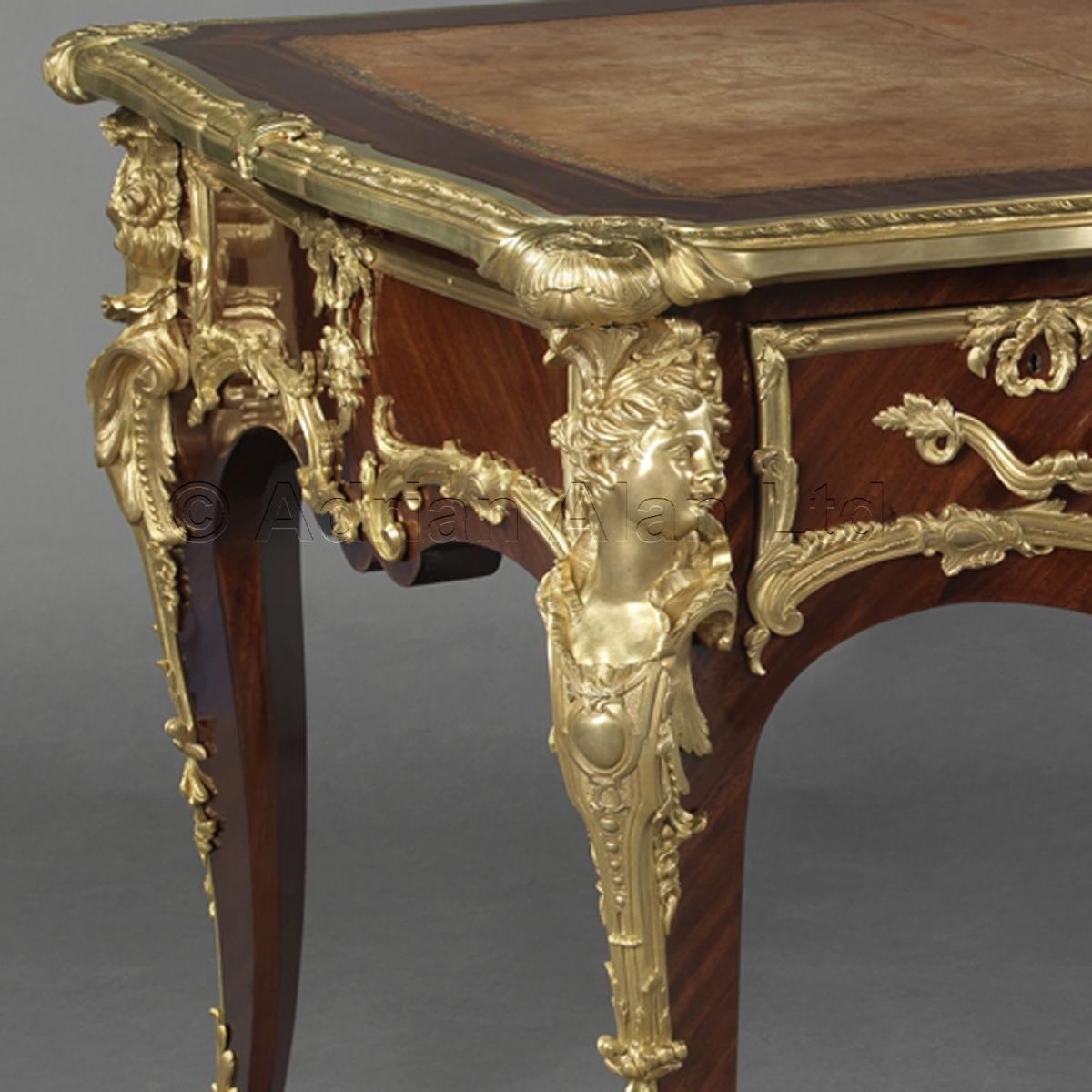 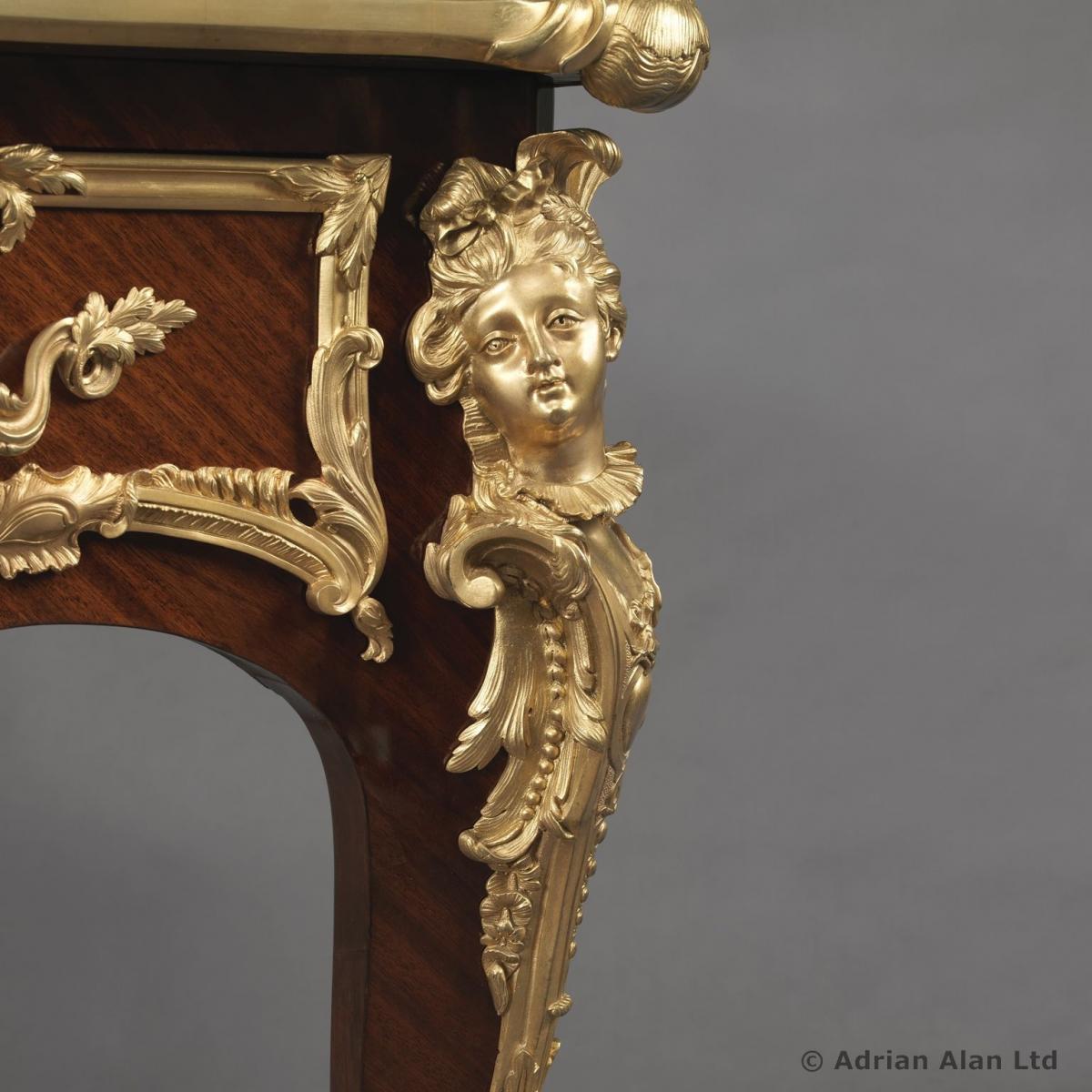 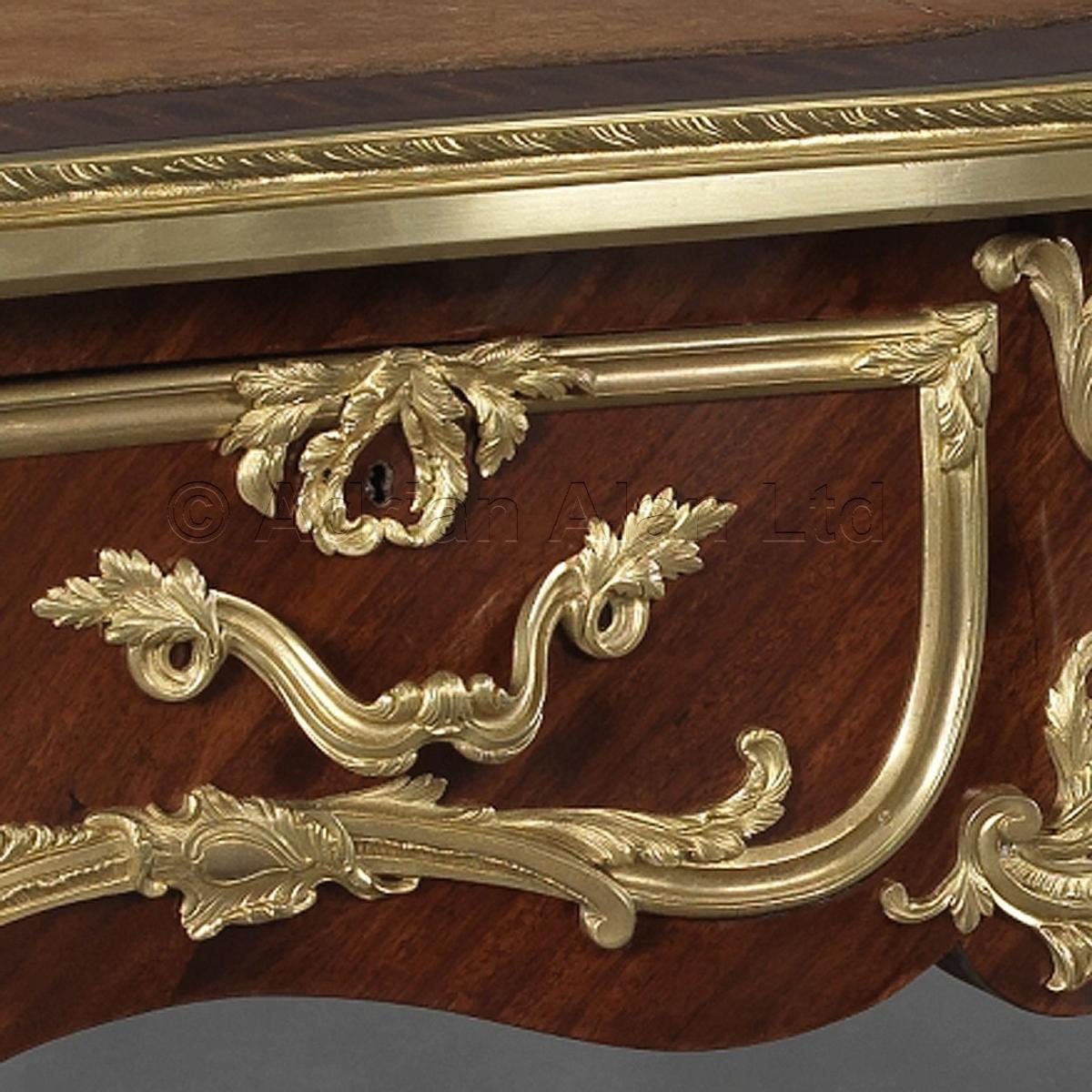 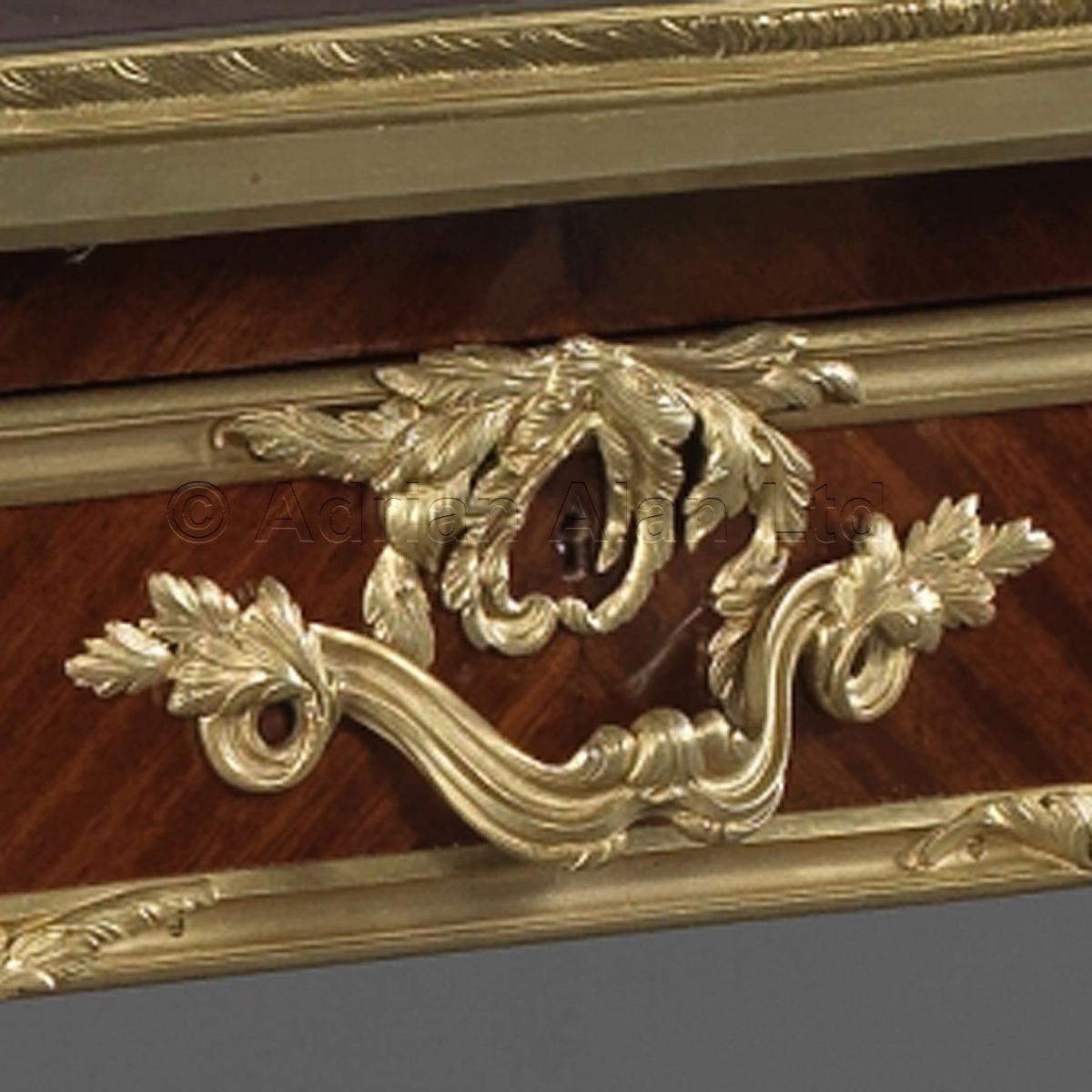 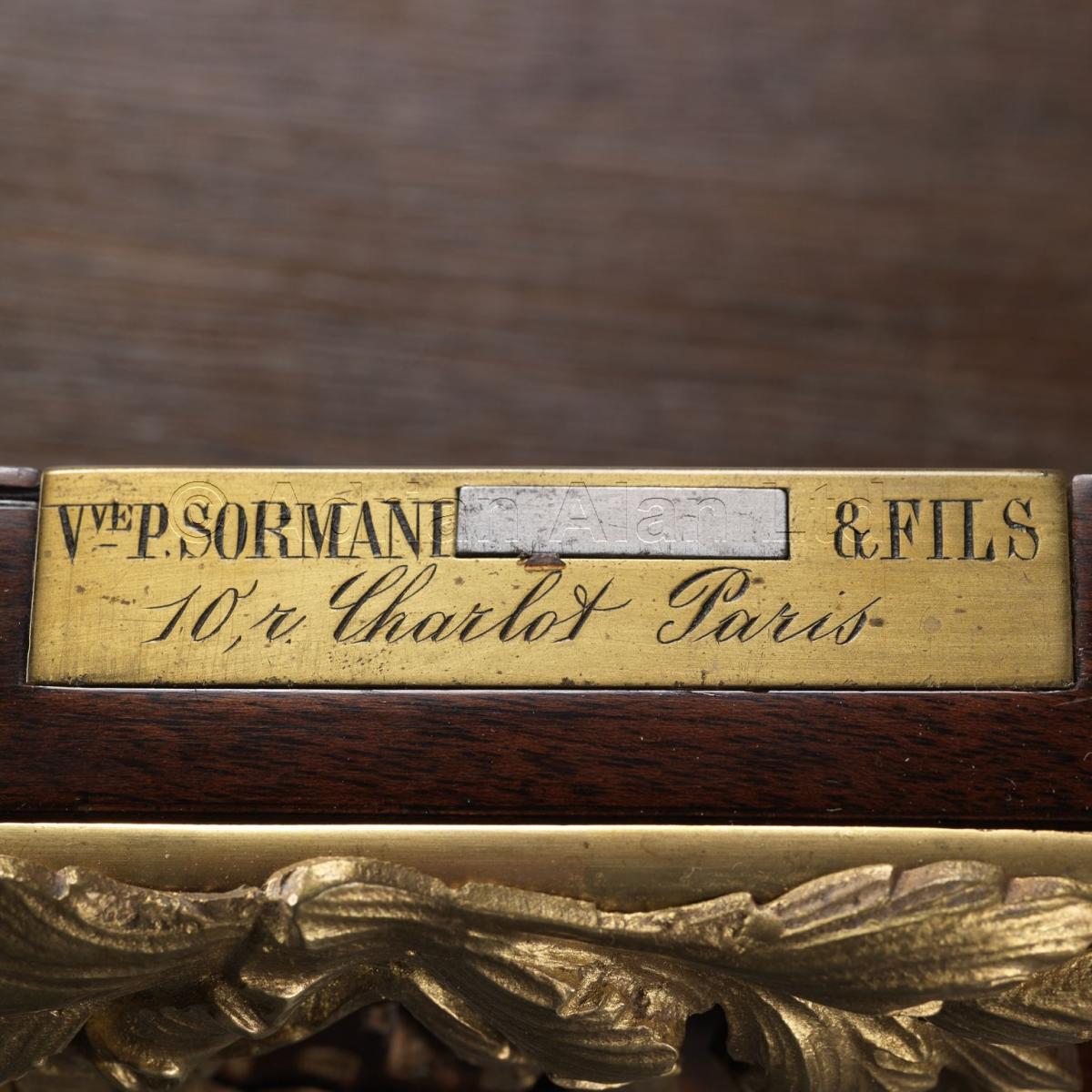 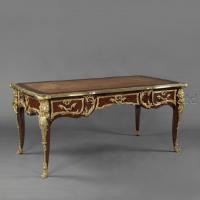 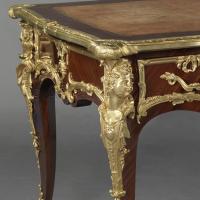 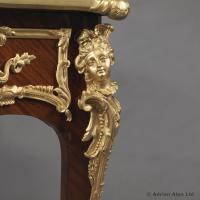 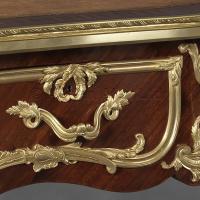 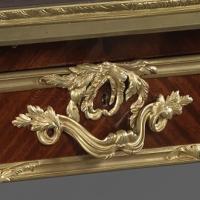 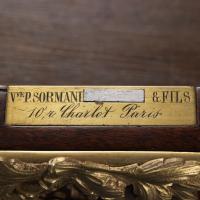 This elegant Regence style bureau plat has a shaped top with a tooled leather writing surface above one long and two short drawers, with finely cast gilt-bronze encadrement.  The desk is raised on cabriole legs with exceptional gilt-bronze acanthus framed figural espagnolettes in the form of female figures, the legs terminating in acanthus wrapped sabots.

Following the 1882 retrospective of Cressent's work at the Union Centrale des Arts Décoratifs, many of the leading cabinet makers of the day, including Paul Sormani, rediscovered the sculptural designs of the eighteenth century Royal ébéniste Charles Cressent.   Sormani produced a number of bureau plats in the 1880s based on Cressent's work, often reinterpreting them with subtle elements of modernity.  The distinctive figural espagnolettes to the head of each leg on the present bureau plat are based on a model by Cressent conserved at the Château de Versailles.

Charles Cressent:
Charles Cressent (1685-1768) was a leading French ébéniste and sculptor of the late Regence and early Rococo periods, becoming a master sculptor in 1719.  He worked as both ébéniste and sculptor to the Regent, Philippe II, Duc d'Orléans.  His furniture was often decorated with plain veneers, usually of satinwood and amaranth, or veneers in patterns of parquetry.

Cressent was best known for the highly sculptural and often figurative, gilt-bronze mounts that ornamented his furniture.

Paul Sormani:
Born in Venice in 1817, Paul Sormani (1817-1877), was a Parisian maker of fine 'meubles de luxe'. His work was described in the catalogue of the 1867 Exposition Universelle as: 'toute sa production révèle une qualité d'exécution de tout premier ordre' (all of his production reveals a quality of execution all of the first order').