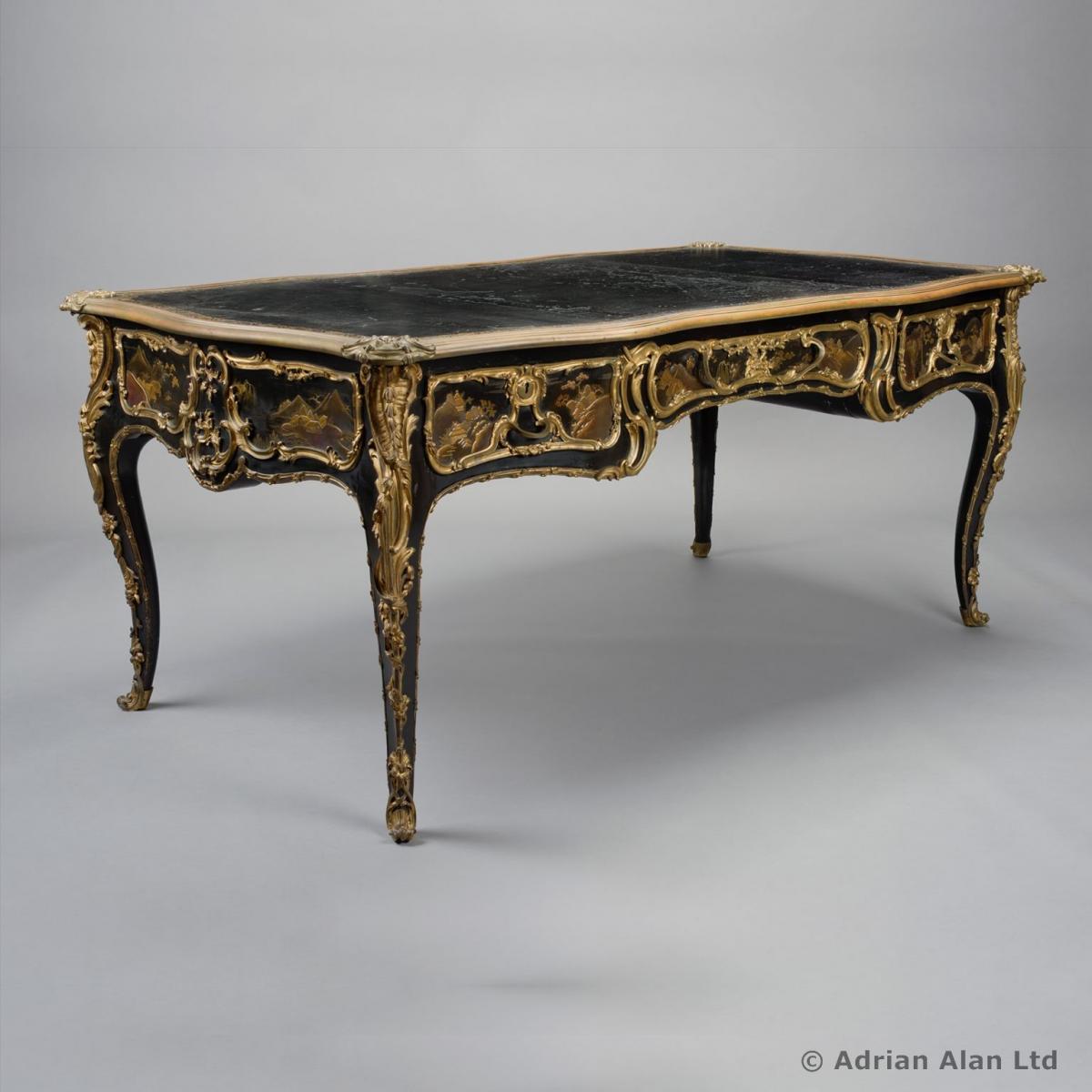 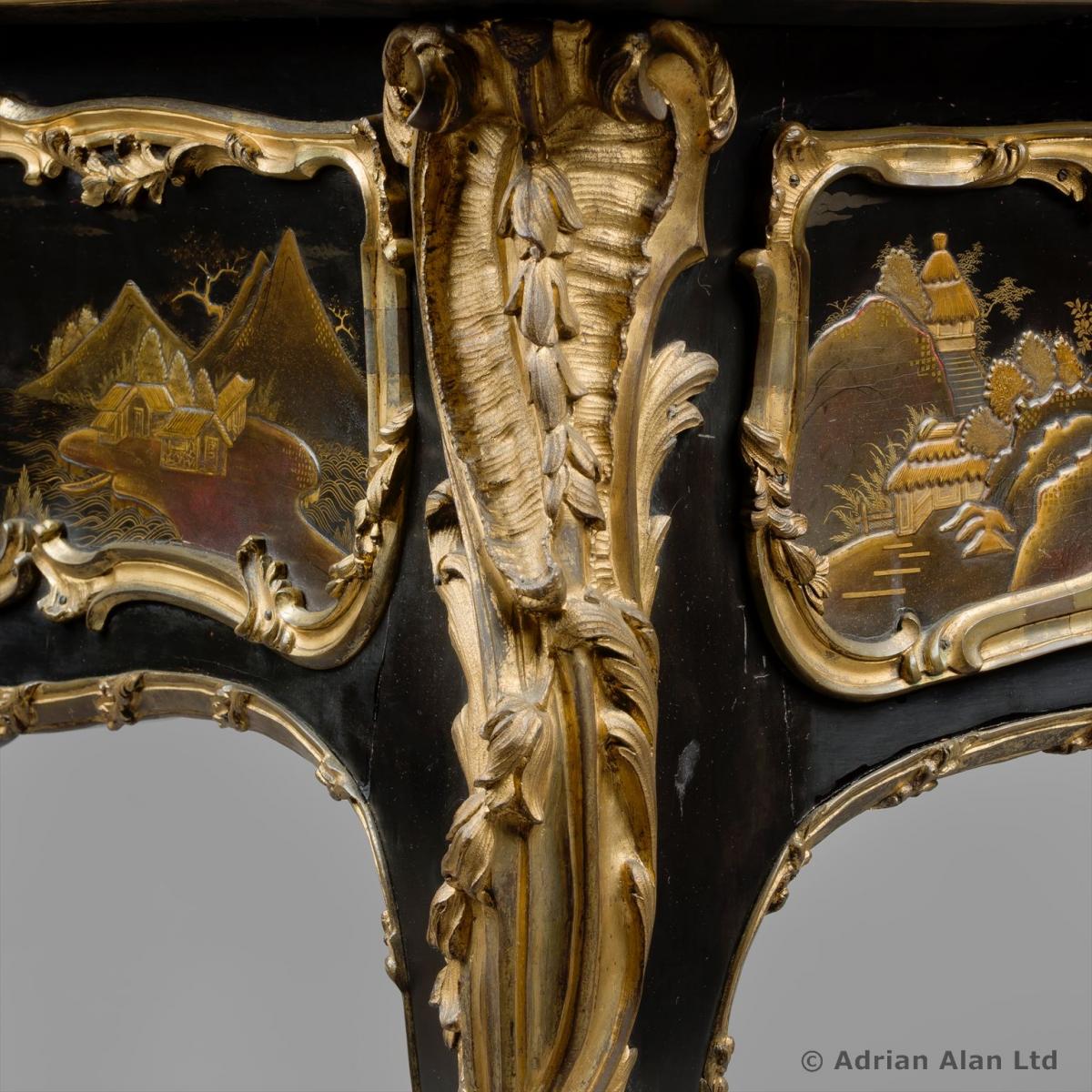 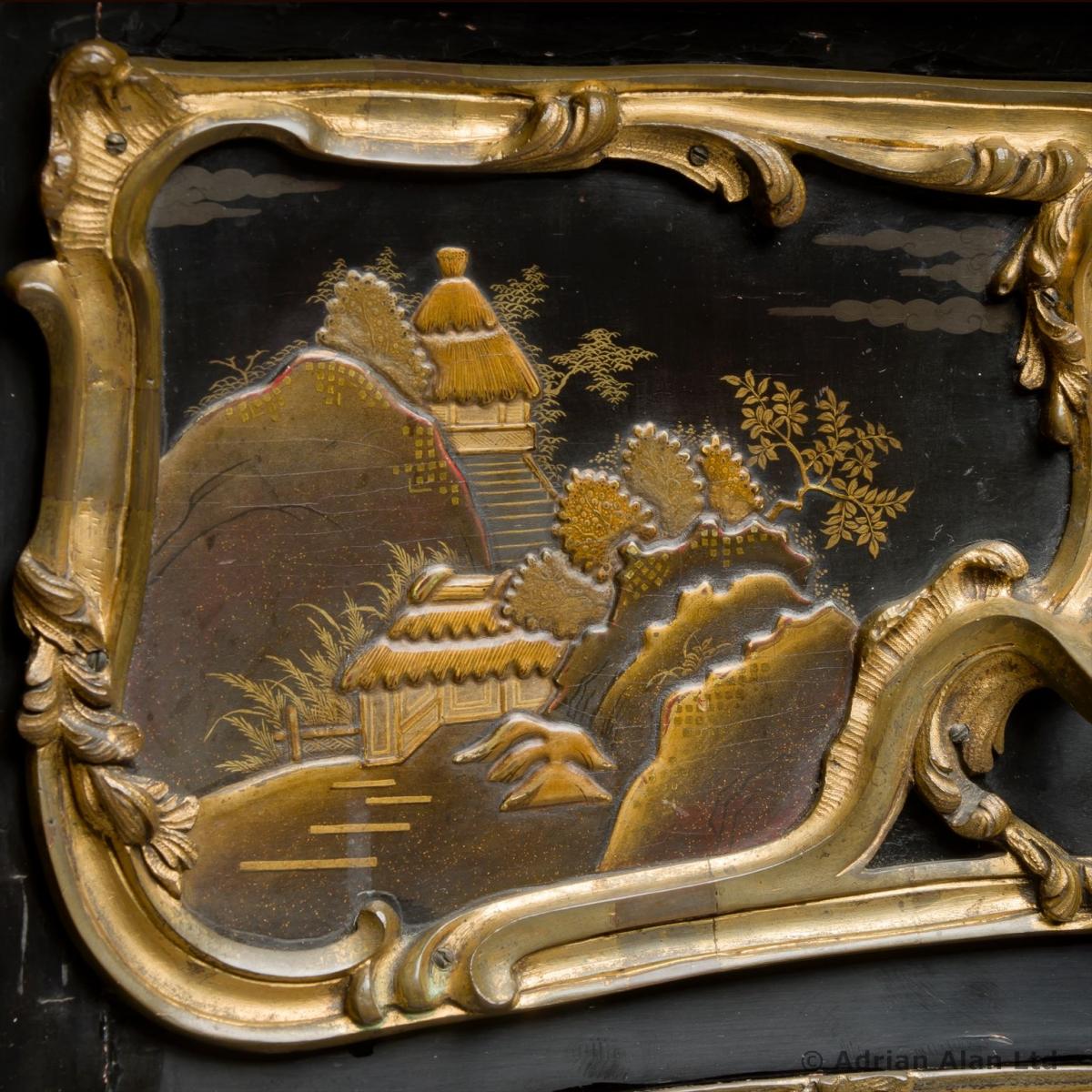 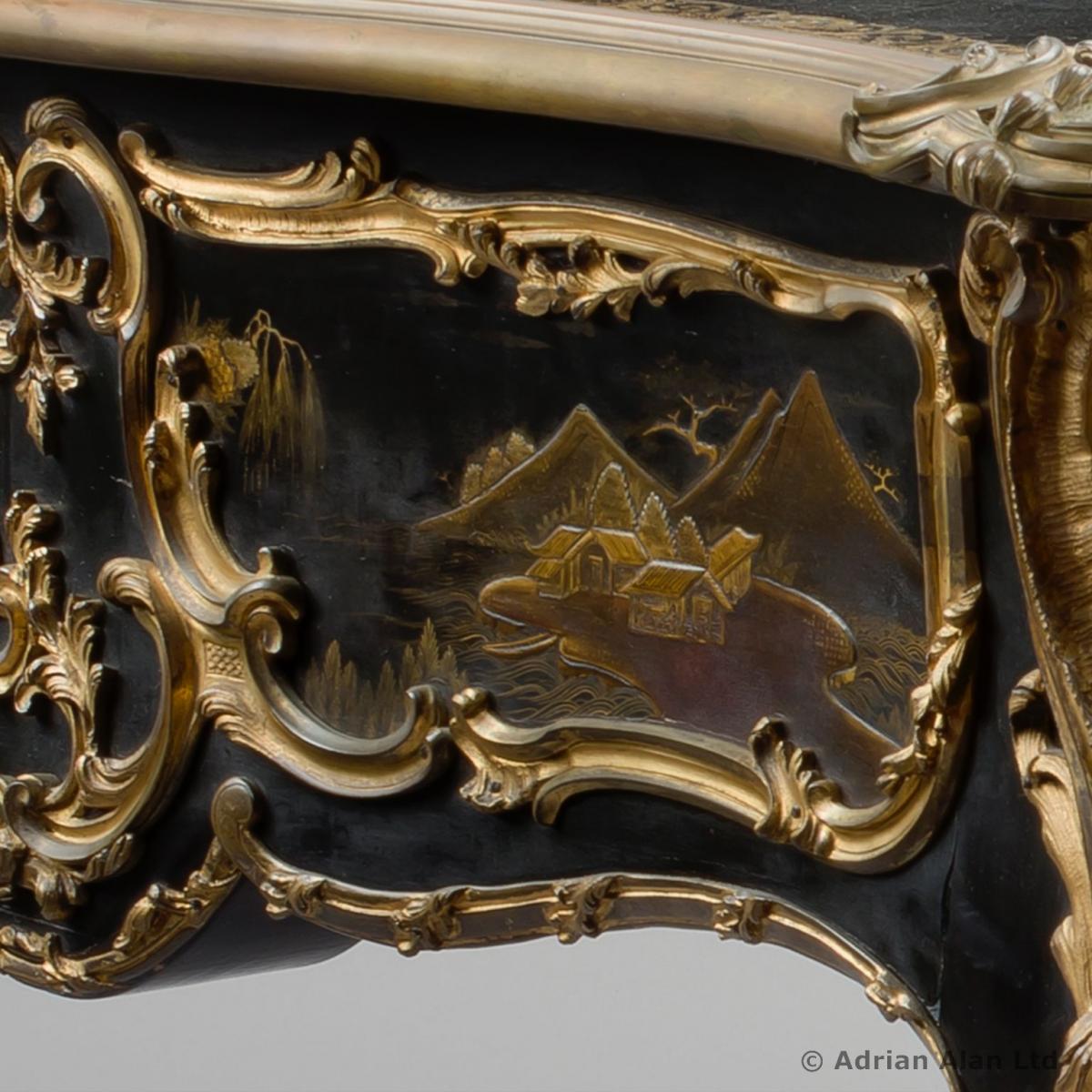 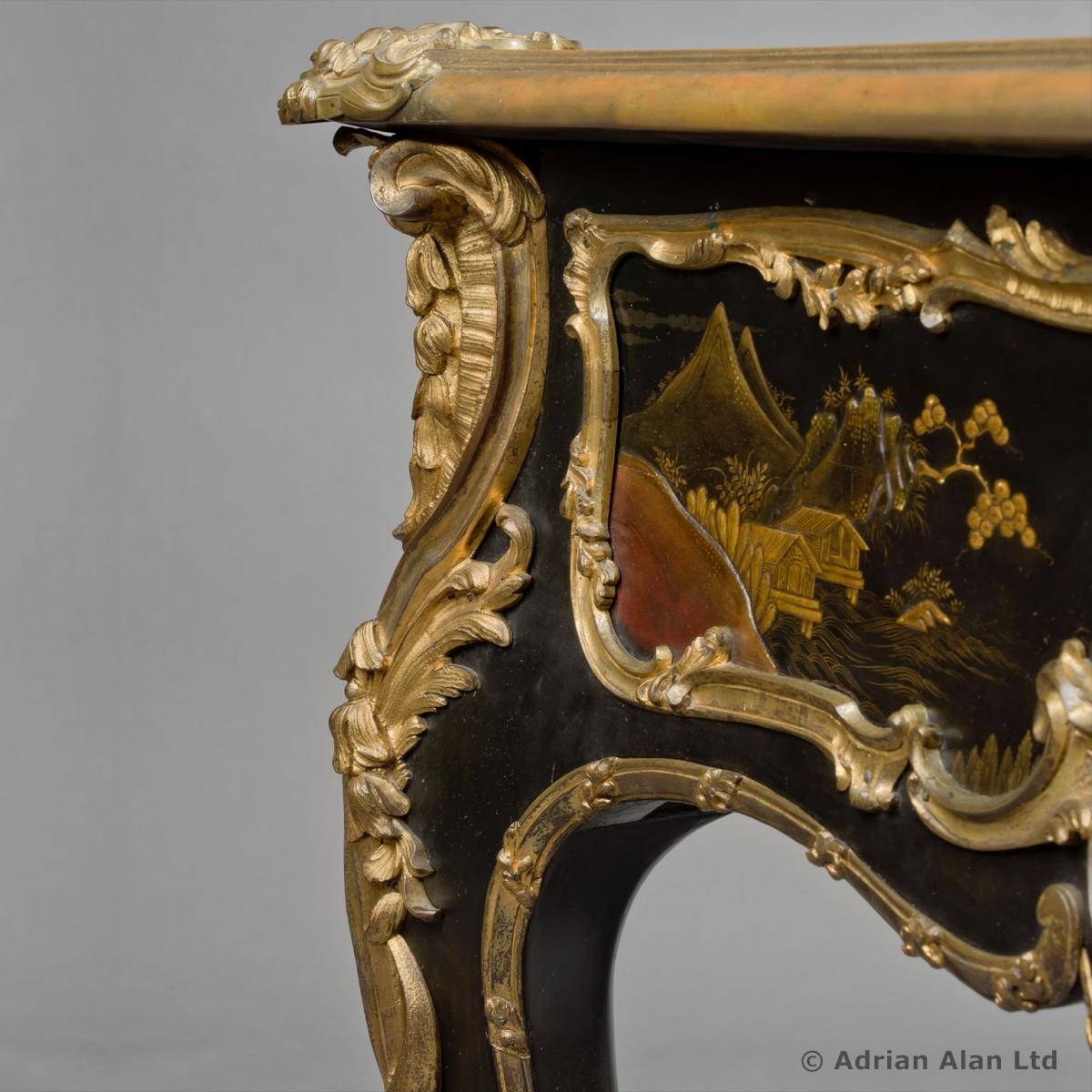 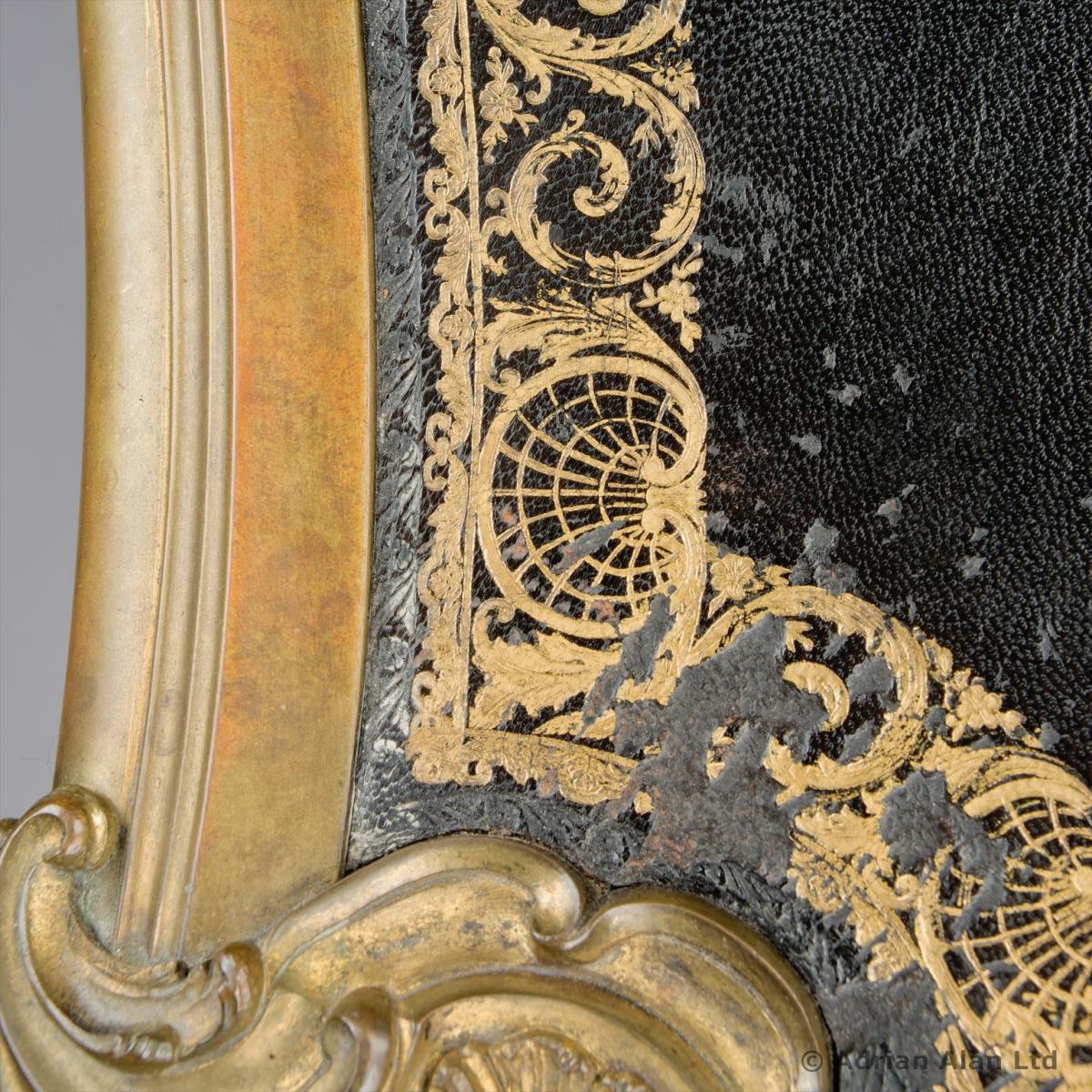 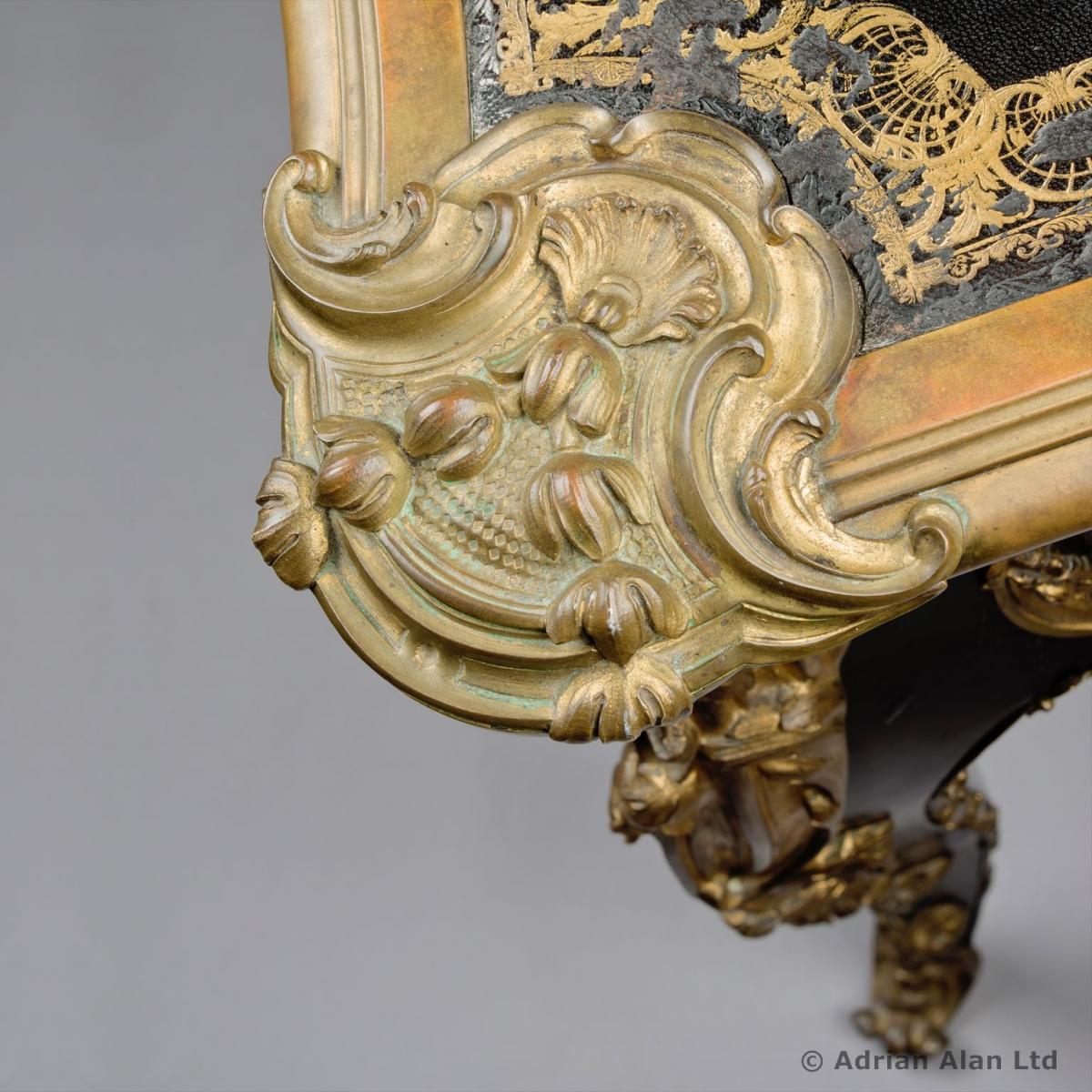 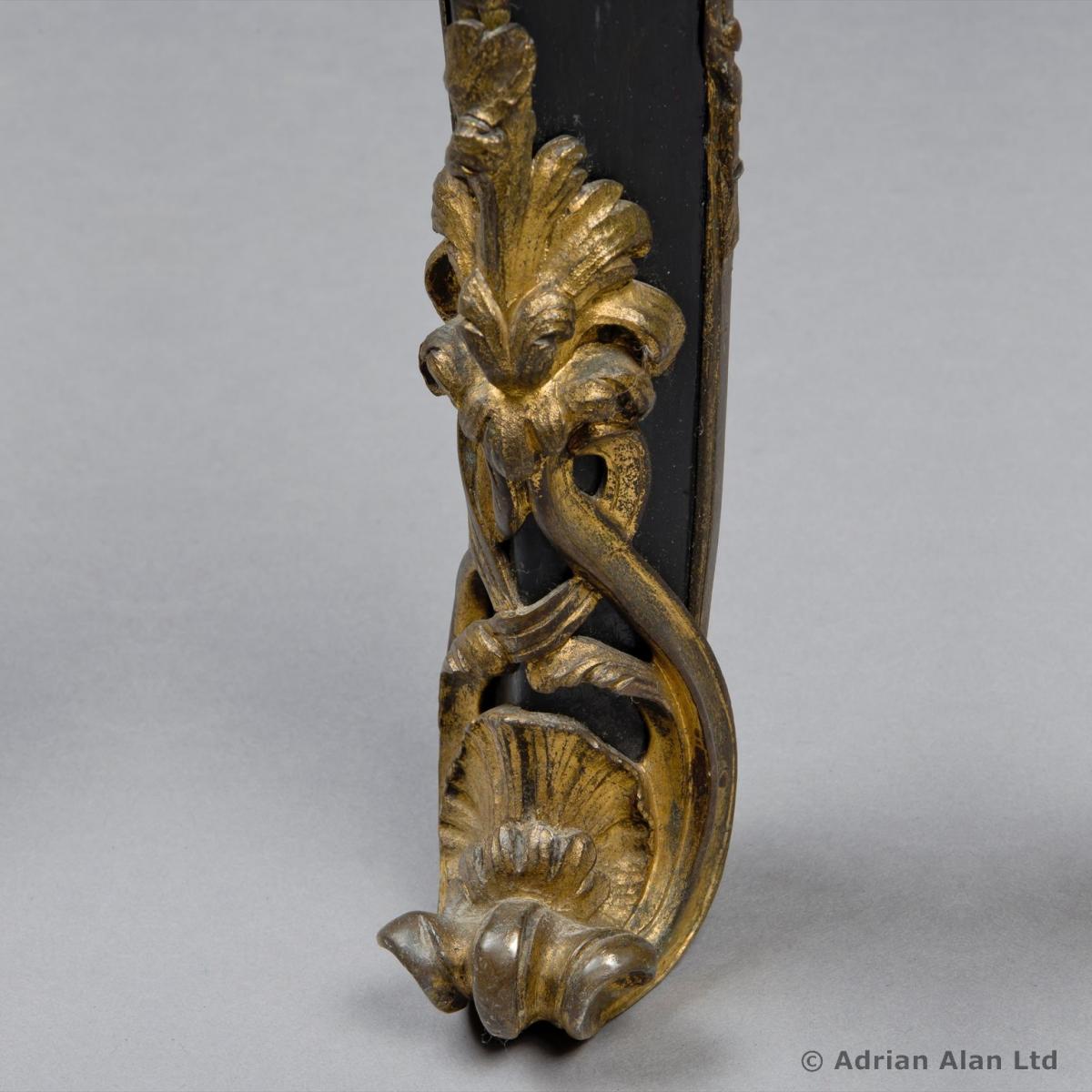 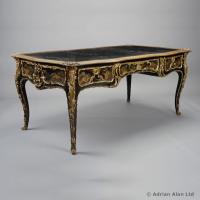 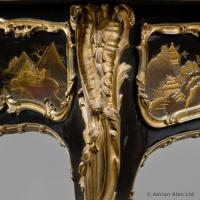 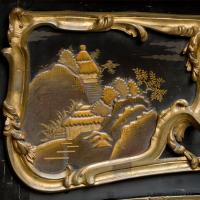 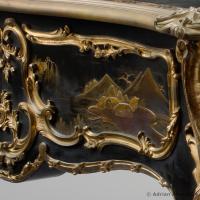 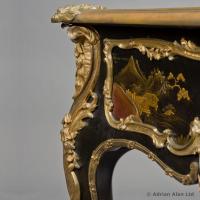 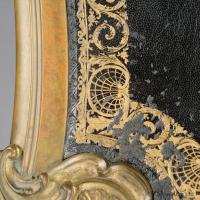 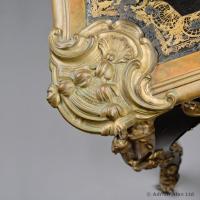 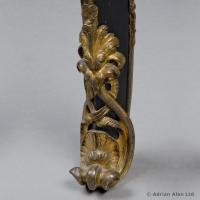 The bureau is based on an important 18th century model by the Royal ébéniste Jaques Dubois and formerly in the possession of the Duc d' Orléans.   The overall design, with graceful curves embellished in gilt-bronze and the incorporation of japanned lacquer panels, reflects the transition between the more reserved Regence style of the early eighteenth century and the  whimsical and fluid influence of the rocaille that emerged under Louis XV.

The exceptional quality of the gilt-bronze mounts and the fine detail of the cabinet making  suggests that this bureau was made by one of the finest ébénistes of the day.

Jacques Dubois (1696-1763) came from a family of ébénistes and most likely learned the craft from his half-brother, Nöel Gérard, an important cabinetmaker and dealer of the 1720s and 1730s. Dubois became a master in 1742 at the relatively late age of forty-eight.