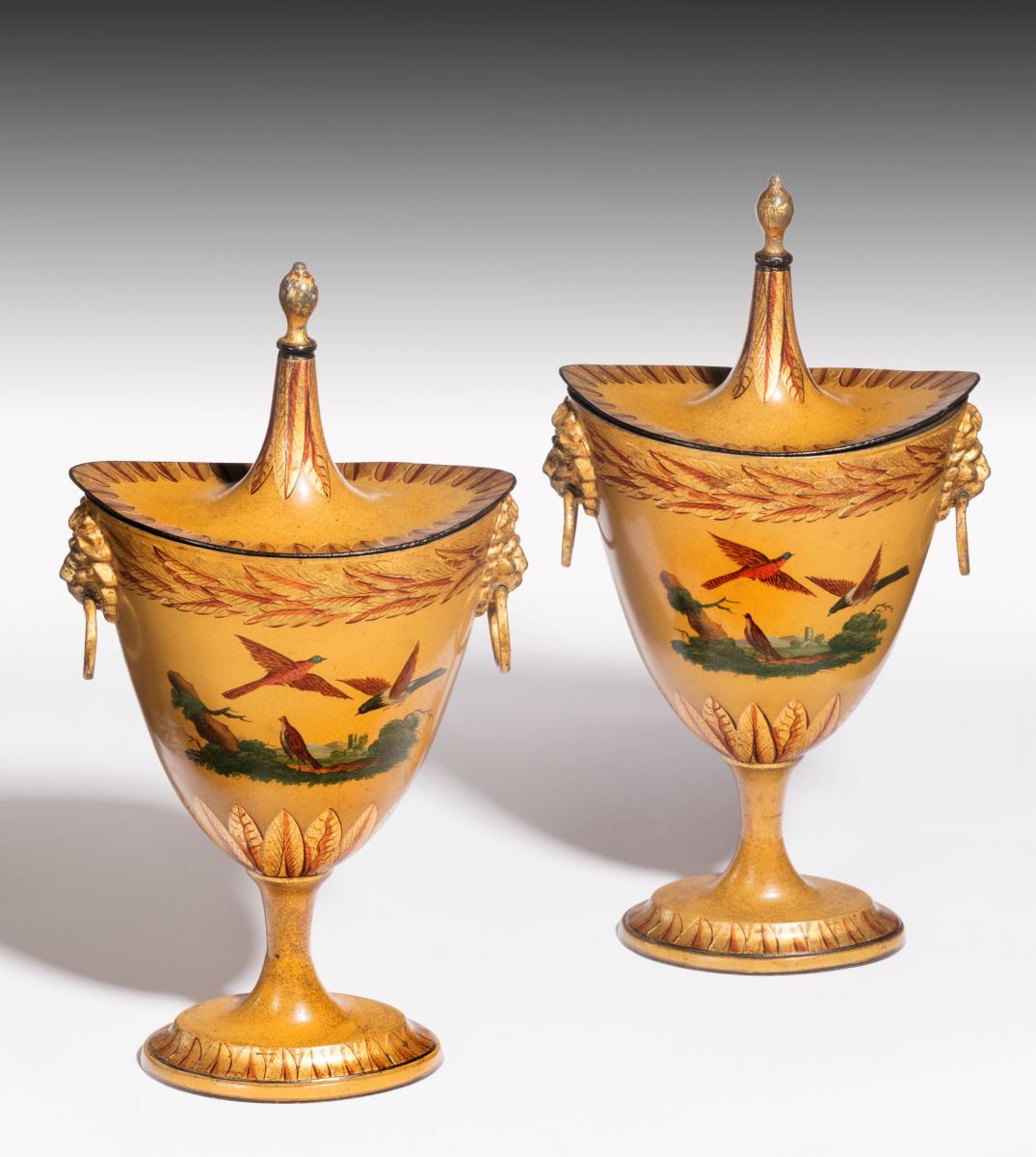 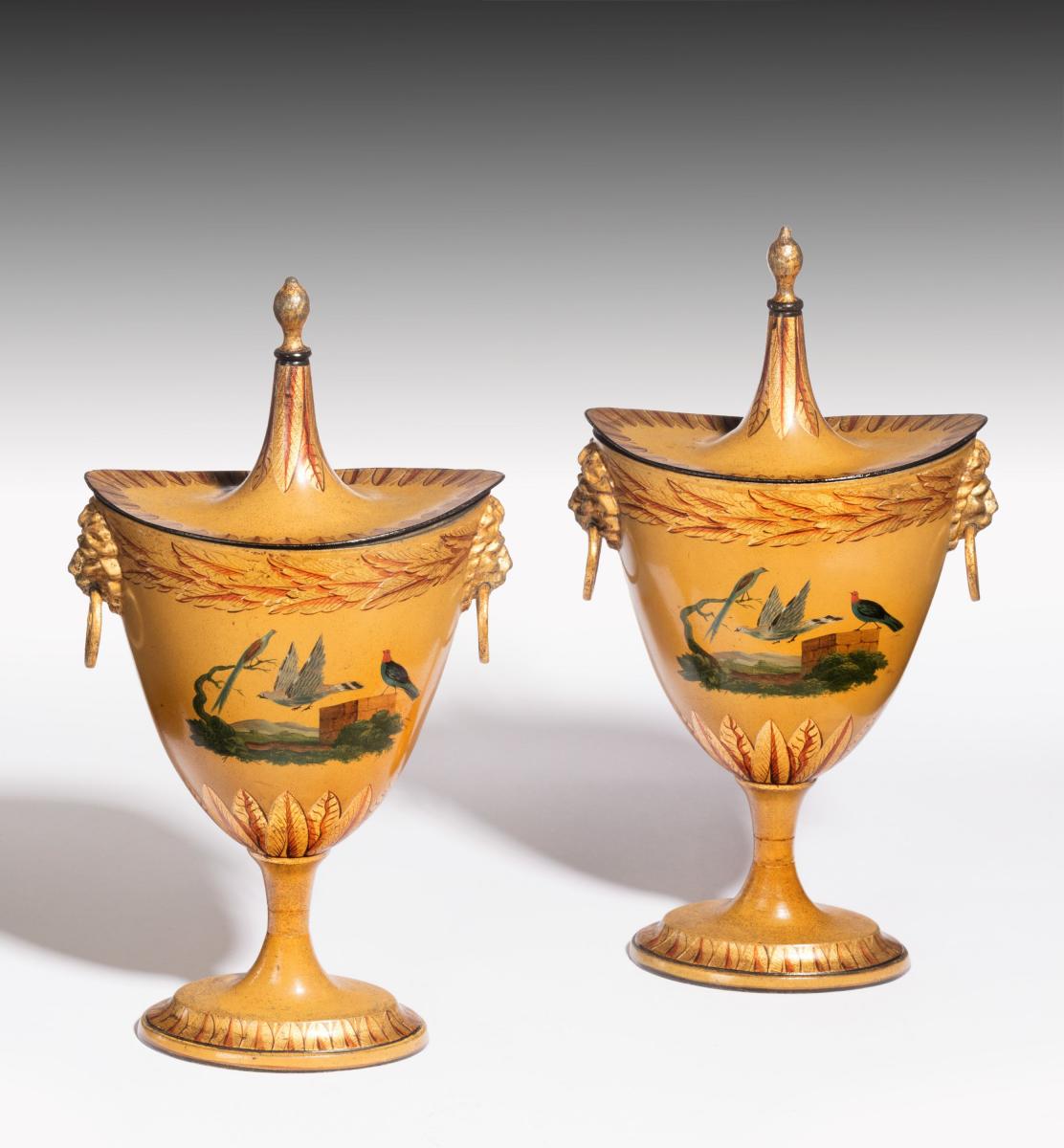 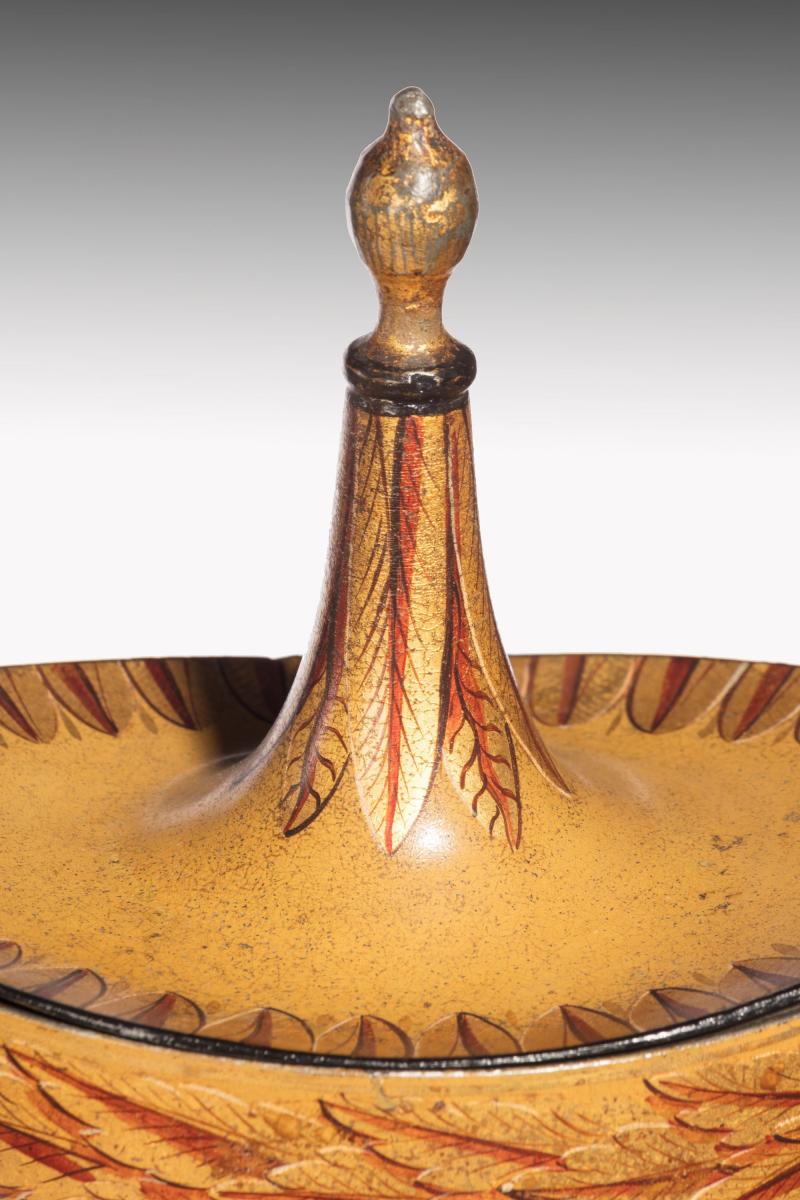 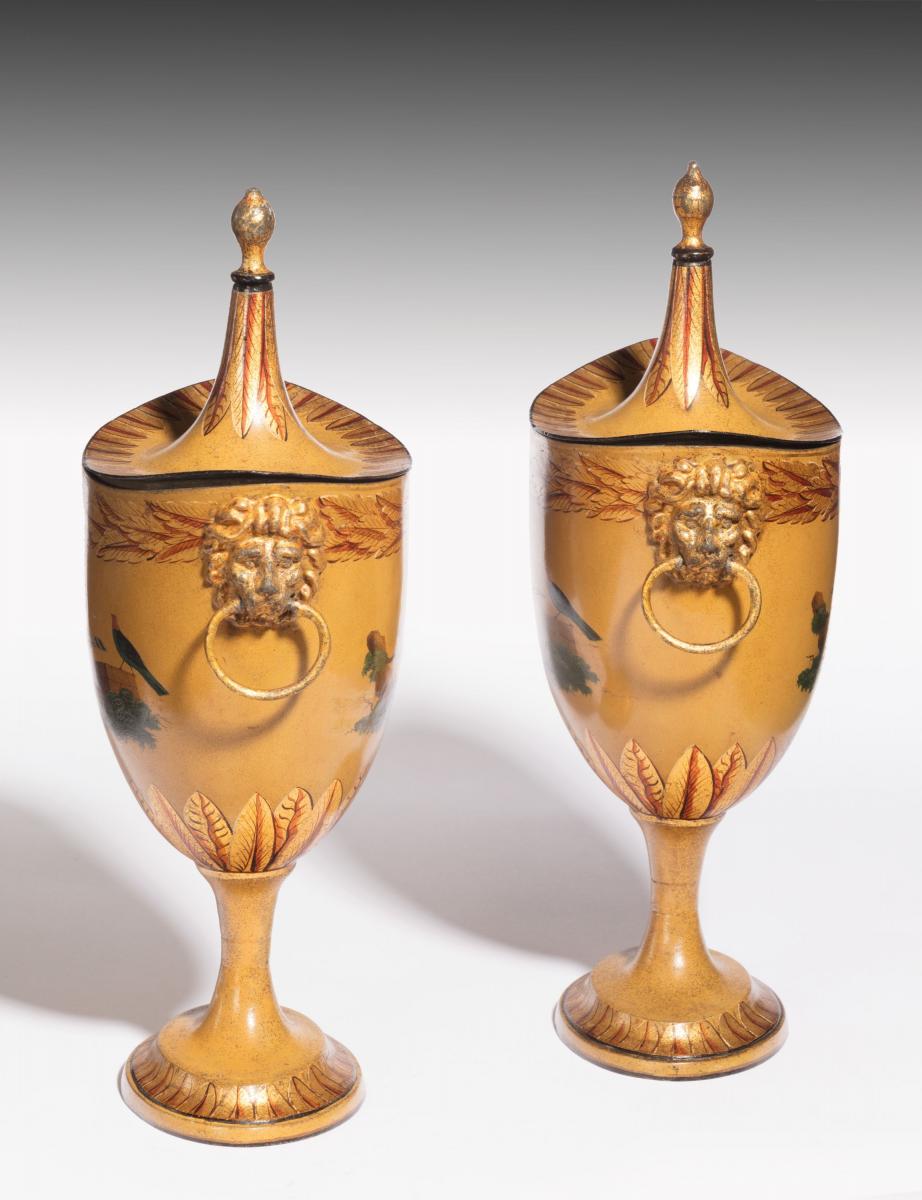 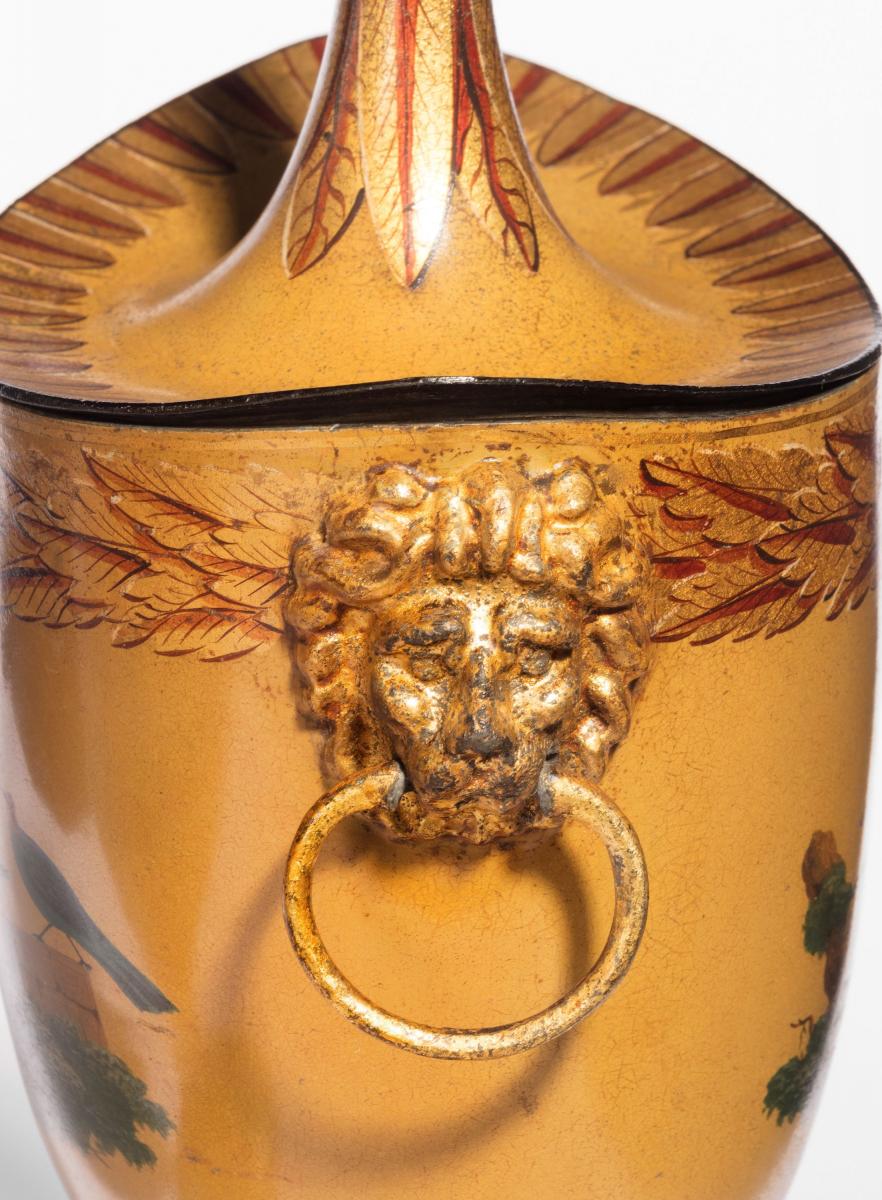 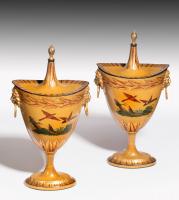 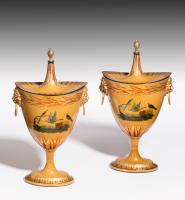 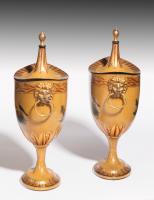 Decorated with a pastoral landscape on each side, both of which include three birds. In mustard yellow. Edged in gilt wreaths and acanthus leaves. Both with twin lion mask handles. The lift off lids topped with finials, spreading outward to slightly dished surrounds and with pronounced brows.

In the late 18th Century, boiled and roasted Spanish chestnuts were popular in Britain as a dessert. Such hot chestnut urns were fashionable in late 18th and early 19th Century. These urns were for carrying the hot chestnuts from the hearth to the dining table. Usually made in a distinctive Neo-classical style, they were kept on the sideboard so that, when not in use, they formed an attractive addition to the furnishings of a dining room.

In ‘Pontypool and Usk Wares’, W.D. John and Anne Simcox illustrate a number of Chestnut Urns, commenting that: ‘The metal urns used for carrying hot chestnuts from the open hearth to the dining table, were of French origin and designs, and considerable numbers were produced in tôle peinte…, often highly embellished with pastoral scenes on richly coloured grounds of pale blue, mustard-yellow, red and green japan.’ (W.D. John and Anne Simcox, ‘Pontypool and Usk Wares’ (The Ceramic Book Company, Newport, 1966), page 62).