A Rare Pair of Louis XVI Style Gilt-Bronze Mounted Vitrine Tables In The Manner of Weisweiler, by Georges-François Alix 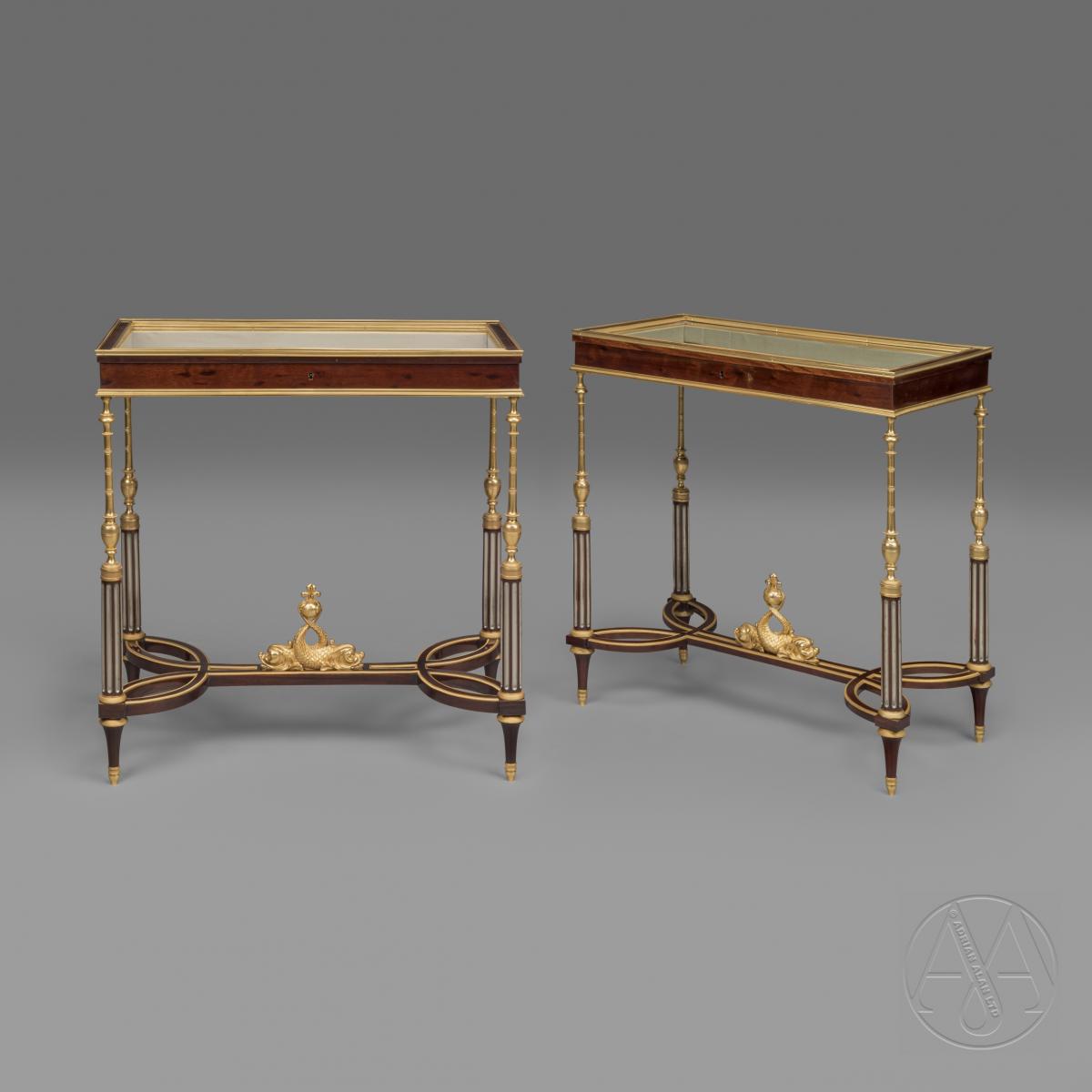 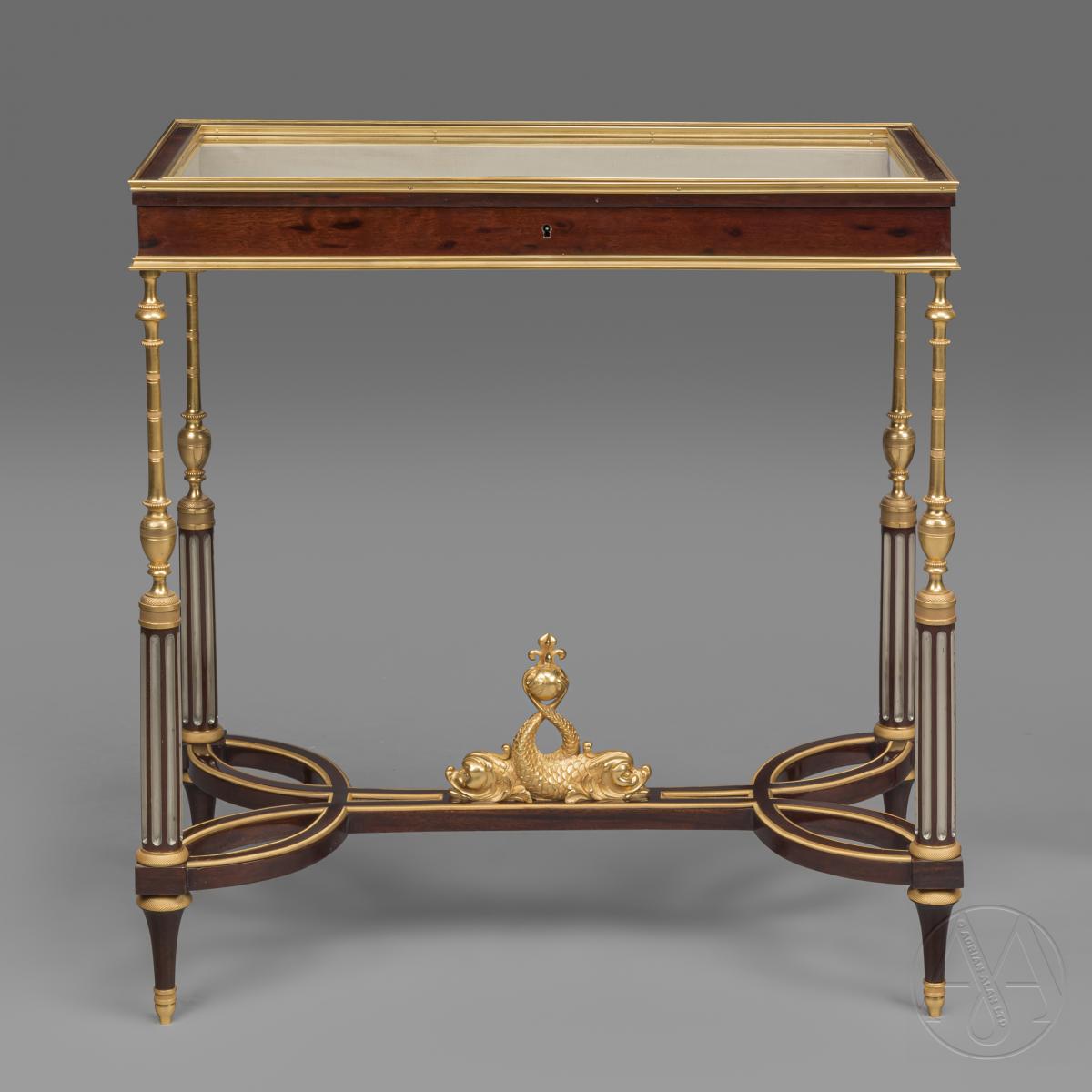 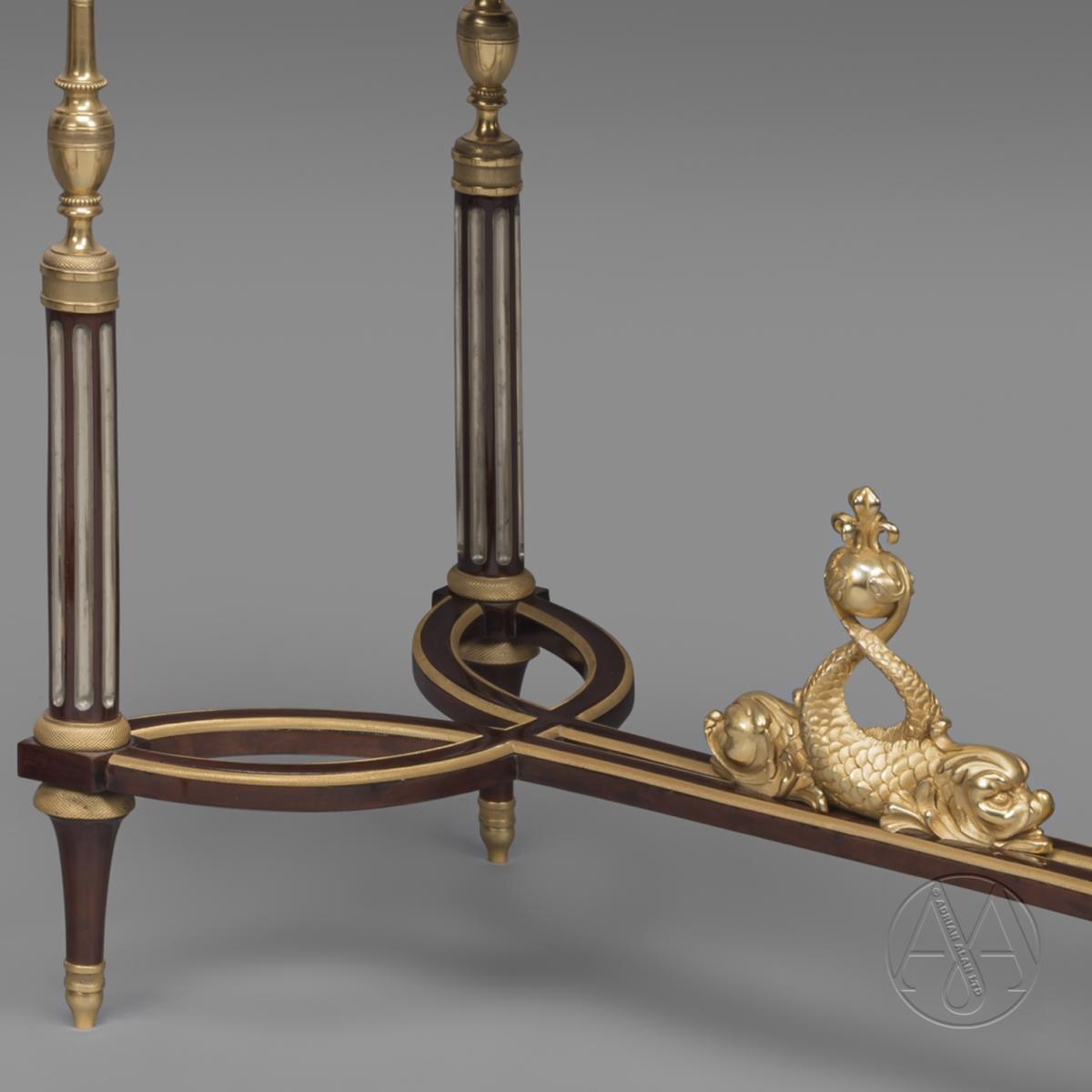 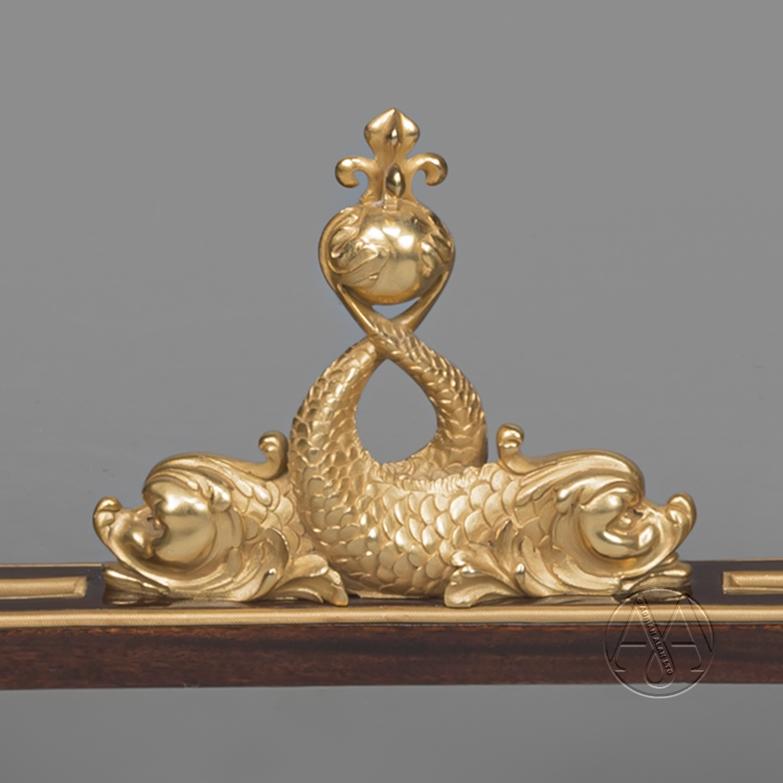 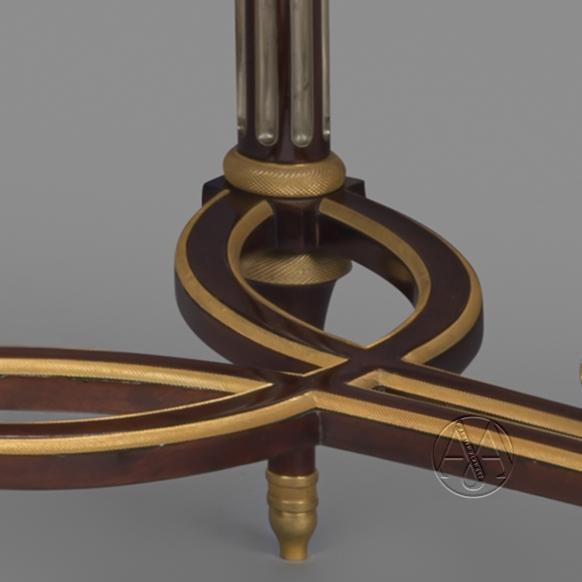 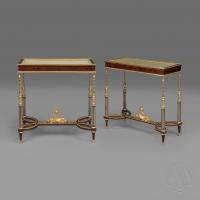 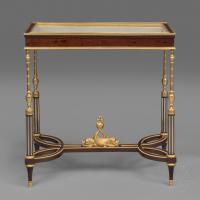 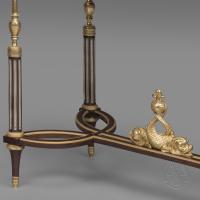 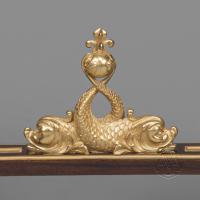 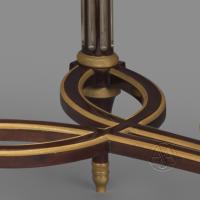 A Rare Pair of Louis XVI Style Gilt-Bronze Mounted Vitrine Tables In The Manner of Weisweiler, by Georges-François Alix.

This rare pair of mahogany vitrine tables each have a hinged rectangular glass top opening to shallow velvet lined interiors.  The tables are raised on turned and fluted legs united by interlaced stretchers and surmounted by gilt-bronze addorsed dolphins, the tables put down on toupie feet.

Elegant and sophisticated and with a simplicity that belies the complexity of their design, these unusual vitrine tables are based on a celebrated 18th Century ‘table a ouvrage’ now in the collection of the musée du Louvre (OA 6510).  Bequeathed to the museum by the de Camondo family of financiers and philanthropists in 1911; the table was formerly in the collection of Léopold Double (1812 – 1881), the celebrated 19th Century collector.

While furniture historians had previously attributed the original model for this table to Jean-Henri Riesener, it is more probable that it was made or designed in collaboration with Adam Weisweiler. Historian Francis Watson suggests that the original table was made for Marie-Antoinette, perhaps on the occasion of the birth of the dauphin of France, Louis Joseph, in 1781.

Other important 19th Century cabinetmakers made their own versions of this table, such as Henry Dasson, Paul Sormani, and most probably Beurdeley. The original table, like our fine example, was complete with the gilt-bronze dolphins supporting an orb mounted with a fleur de lys, which is not present in the Sormani or Dasson versions – see Christopher Payne’s book Paris Furniture: The Luxury Market of the 19th Century, p. 191.

Another notable example of this table can be found in the National Trust collection at Polesden Lacey, Surrey (NT 1245956.2), the former home of renowned society hostess and philanthropist Margaret Greville (1863 – 1942).

'Georges-François Alix’ (1846-1906) was established at 46, rue de Charonne and in 1878 moved to 6 bis, rue Richard Lenoir. He specialised in 'meubles genre ancien, bronzes et marqueteries' and exhibited at many of the important international exhibitions of the day including the Paris Expositions of 1884, 1885 and 1889.

There are a number of references to ‘Alix’ in the archives of the renowned furniture maker François Linke.   The references date to after Alix’s death in 1906 and record Linke as purchasing a number of Alix’s wood models and marquetry.  A selection of wood gabarits by Alix survive in the Linke archive.

Adam Weisweiler was German-born. Although scholars know nothing about his apprenticeship and early training, records show that he was established in Paris in 1777, the year he was married. He became a maître-ébéniste in 1778, and set up his workshop in the unfashionable quarter of Paris on the rue du Faubourg Saint-Antoine, and worked mainly for the marchands merciers. These middlemen, such as Dominique Daguerre, would then sell Weisweiler's works to members of the French court, including Queen Marie-Antoinette, the king of Naples, and England's Prince Regent (later George IV).