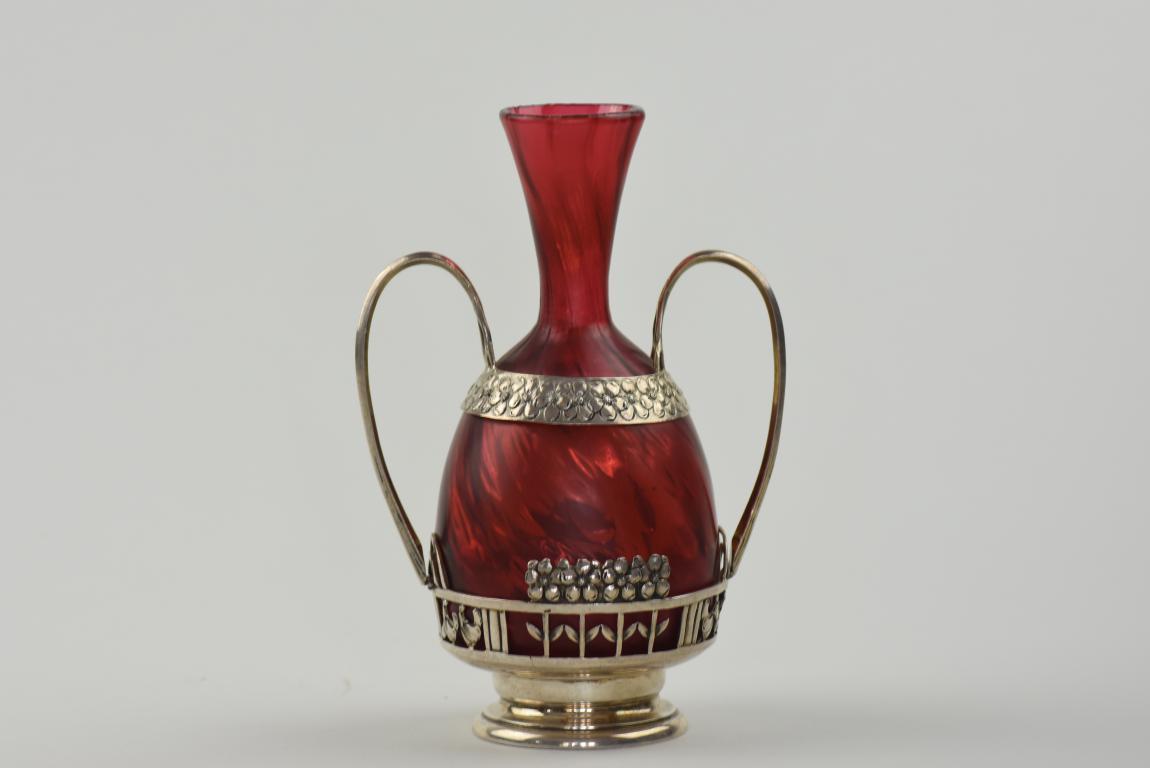 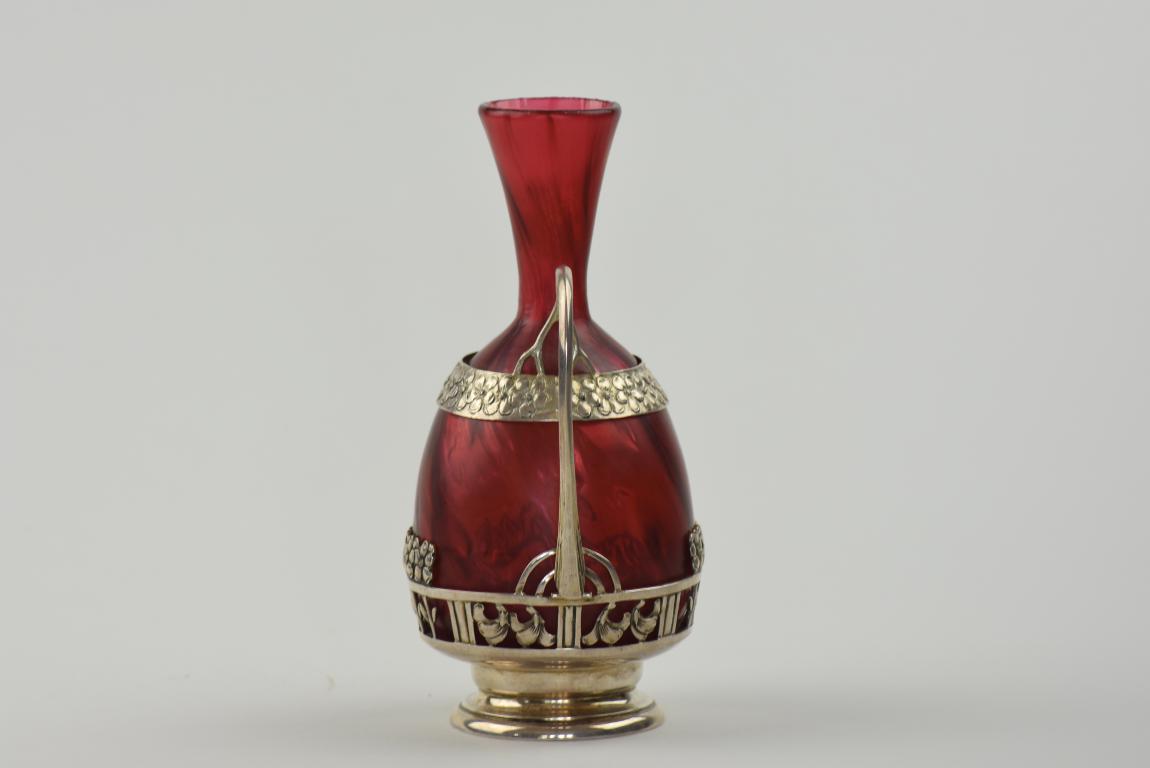 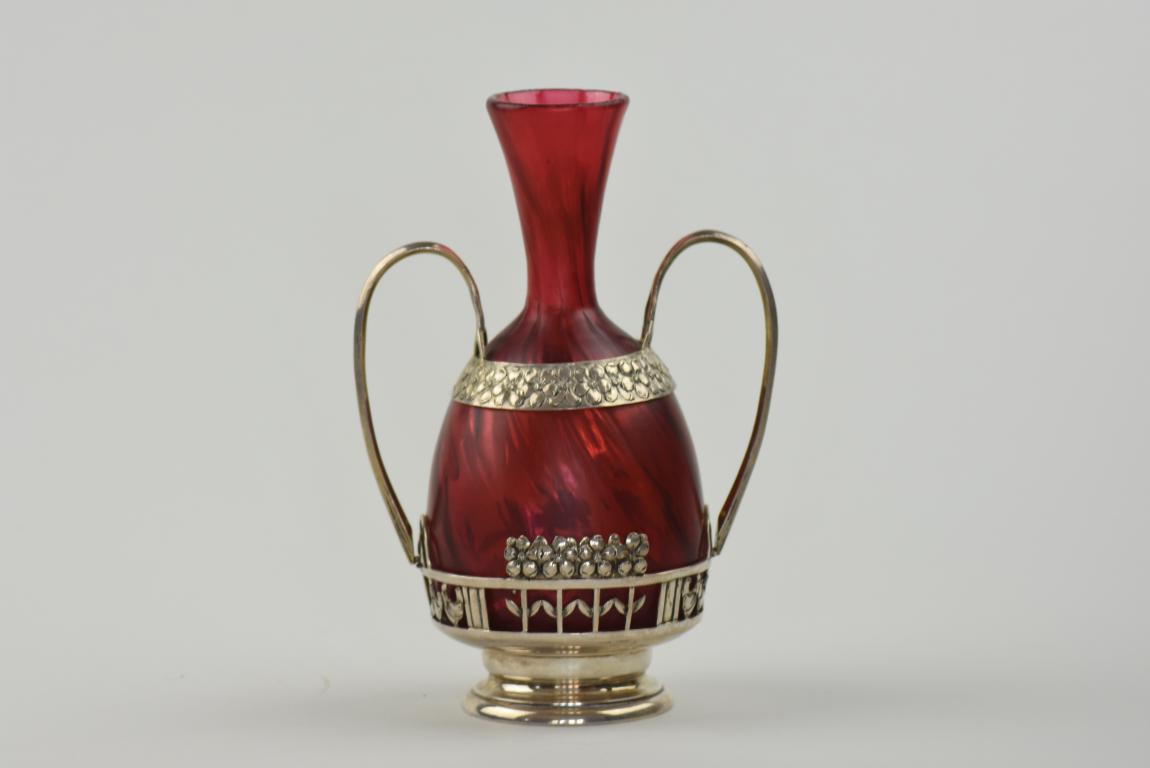 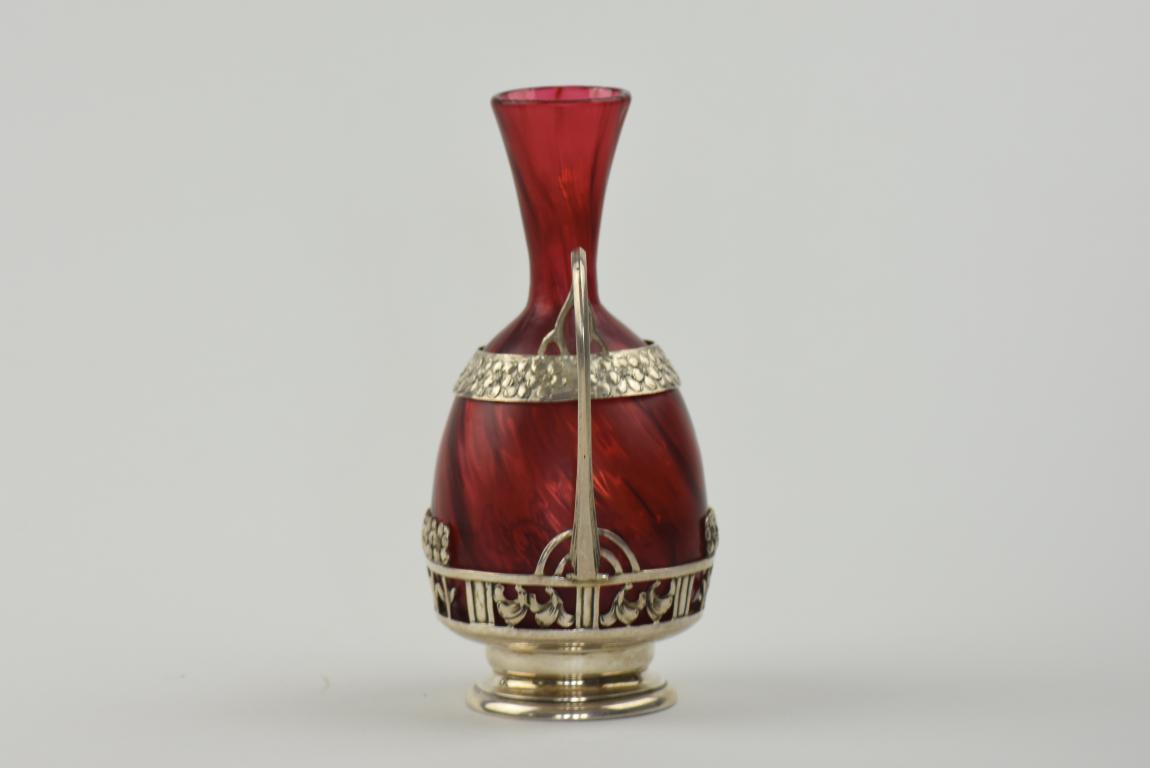 Art Nouveau Loetz iridescent glass vase in the Melusin décor with silver mount . The design was commissioned by Lobmeyer. The silver overlay has 2 handles and is worked in an Art Nouveau /Jugendstil design The vase is unsigned.

Made by the Loetz witwe glassworks in Klostermuhle about 1905. This fine piece of silver mount is unsigned but does have a mark of 985 with an Austrian Silver mark to the underside of the silver. Excellent original condition. A beautiful and elegant piece .