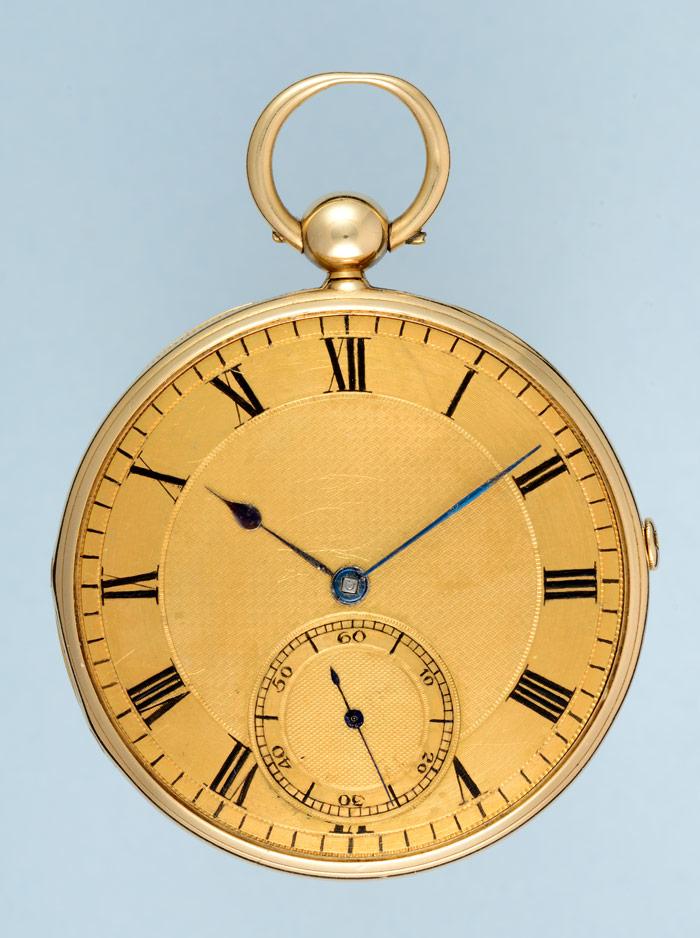 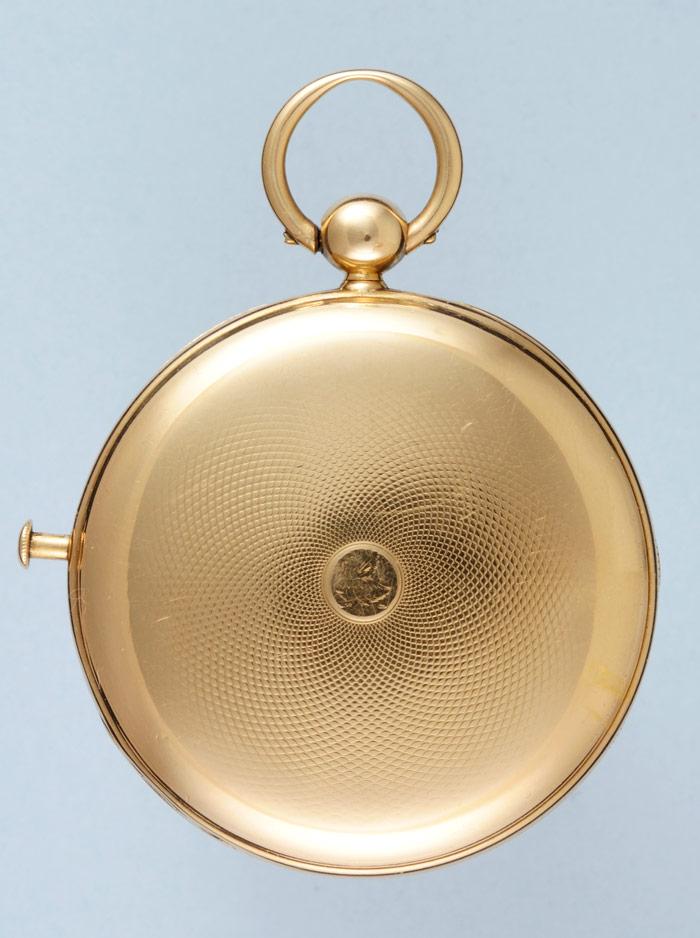 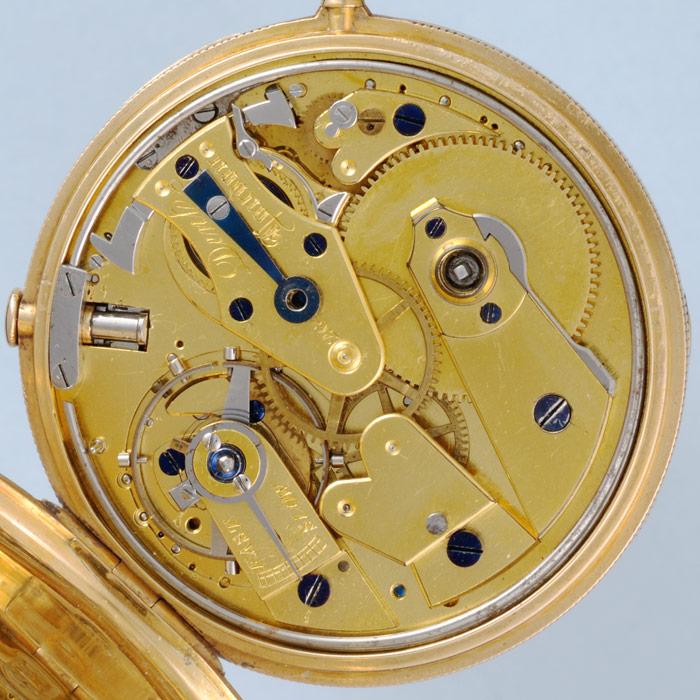 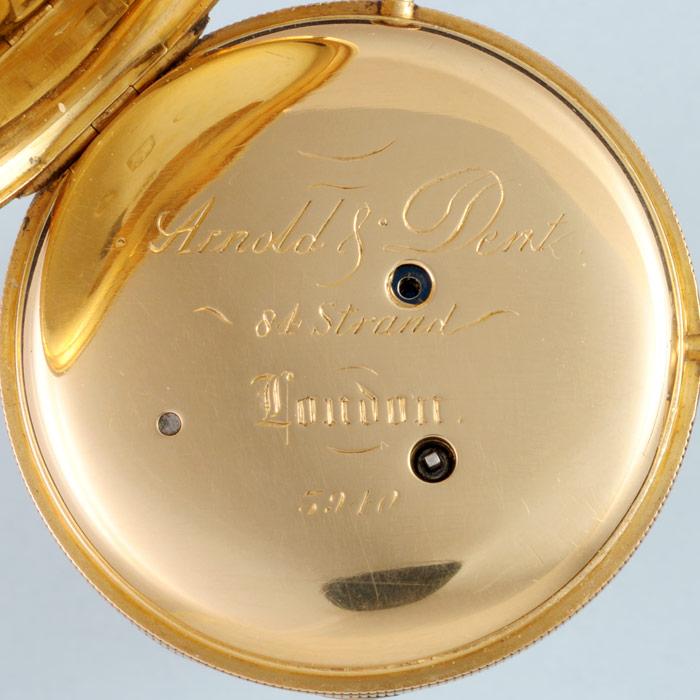 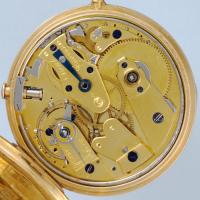 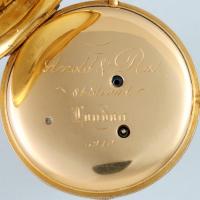 An interesting watch, both for its design and signature.  It bears a number of influences from the French maker, A L Breguet.  These include the pull and twist repeating plunger, invented by Breguet.

The foot of a gong bridging it and its placement in the band with rather than through the pendant is also peculiar to the French master.  The way the gold cuvette is secured by a screw to the movement is another feature used almost exclusively by Breguet, although Dent has used a belt and braces approach by making it clip to the case band.

Breguet relied on the screw to hold the cuvette into a recess in the case.  It would appear the watch started manufacture before Arnold and Dent became partners on September 30th 1830 but was sold afterwards.  The movement is engraved "Dent, London - 264".

Hans Staeger notes in book that Arnold and Dent watch No. 4007, hallmarked 1831 bears the address "84 Strand" for the first time.  This watch pre-dates it and is probably the earliest known at that address.