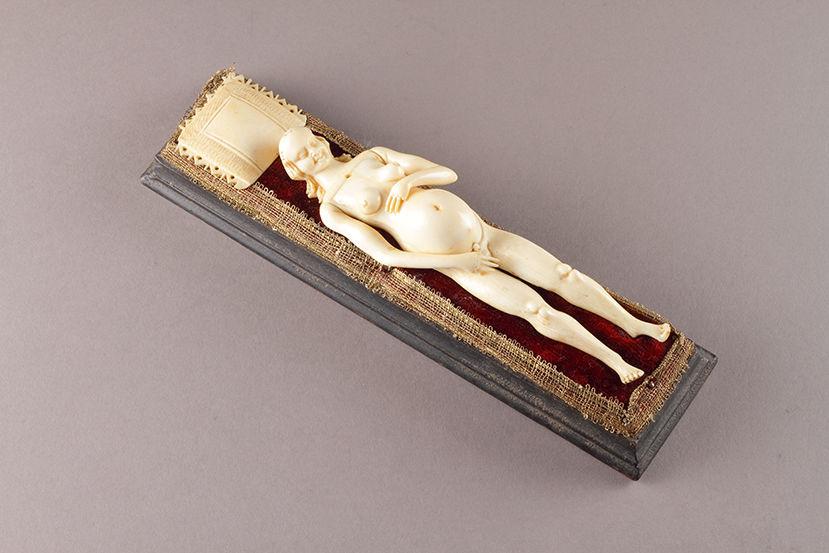 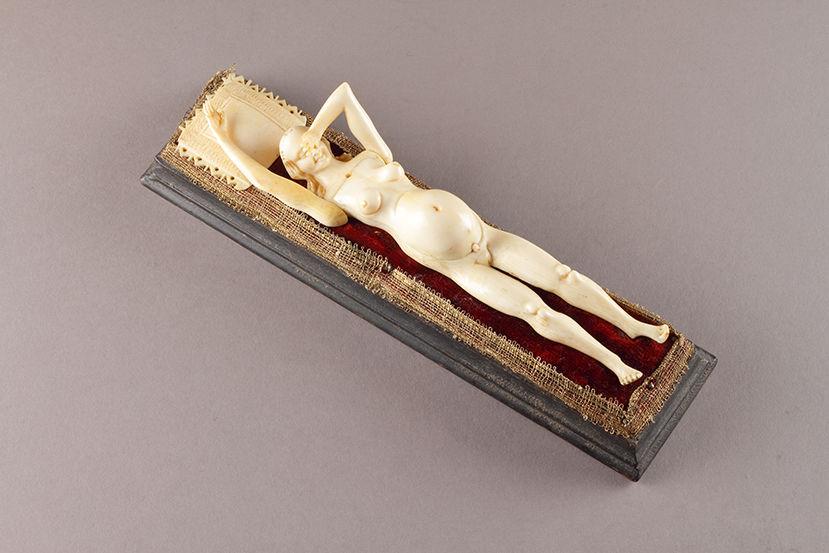 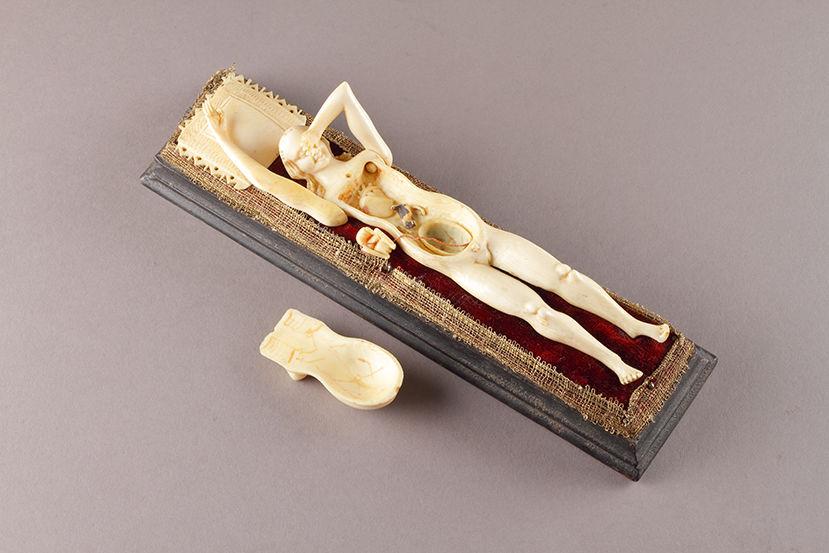 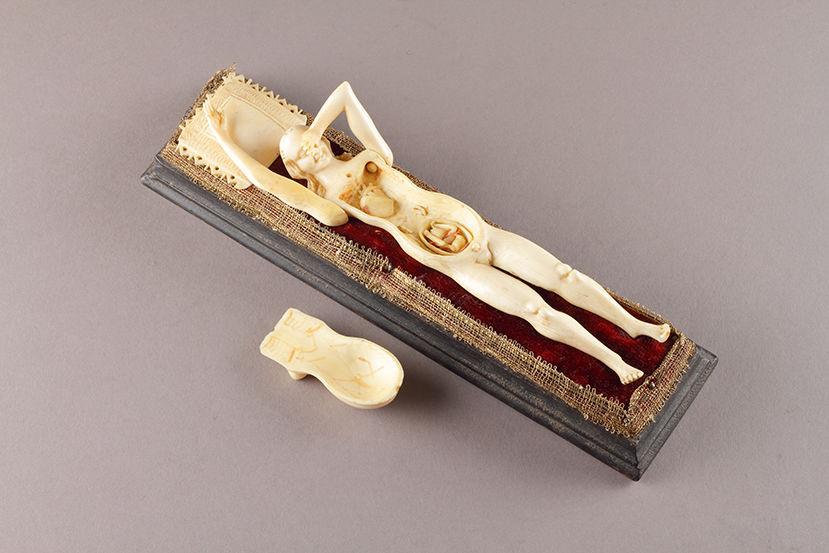 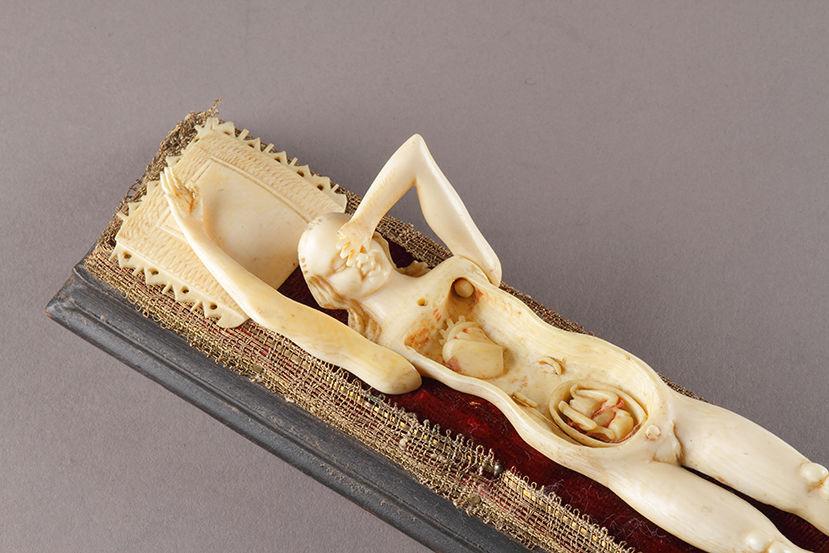 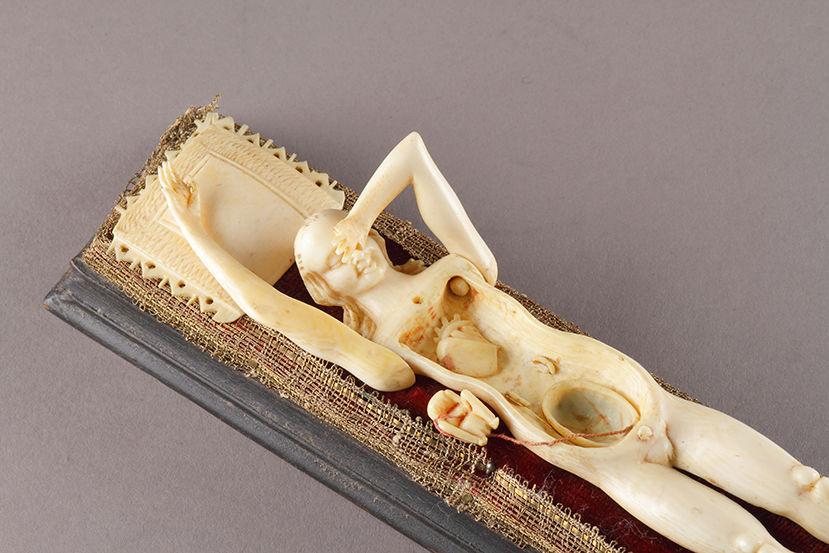 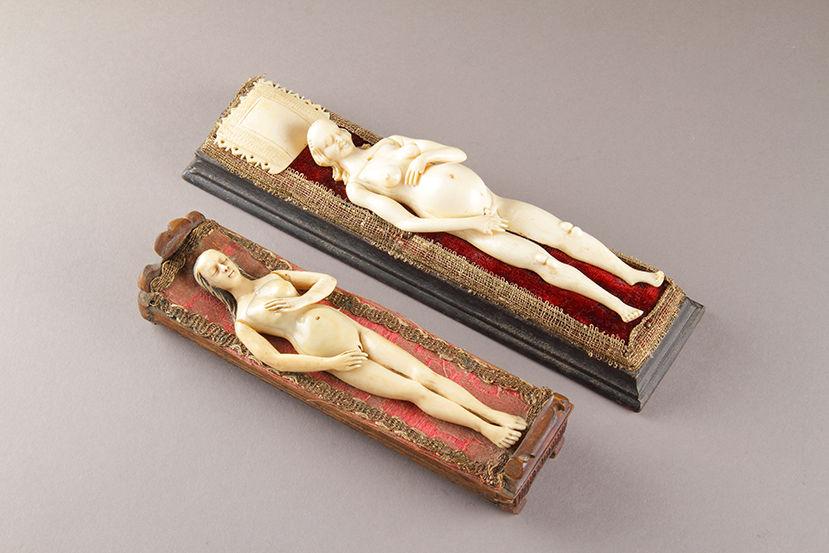 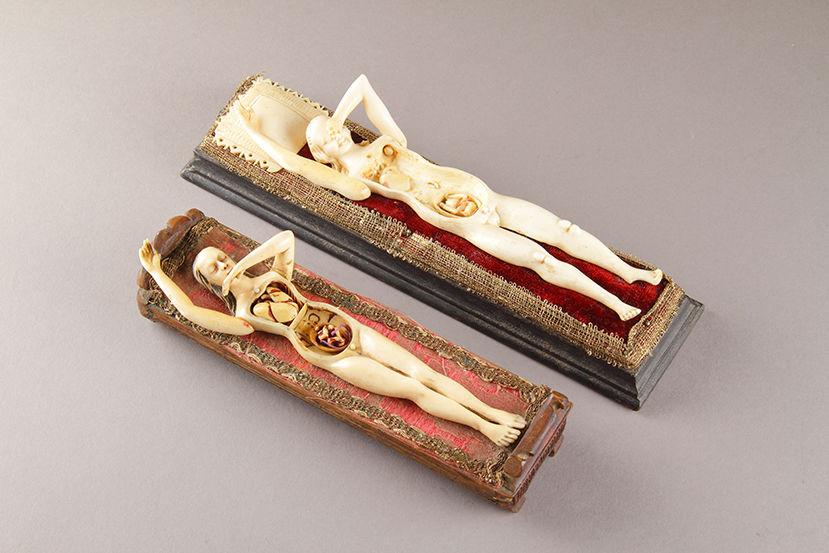 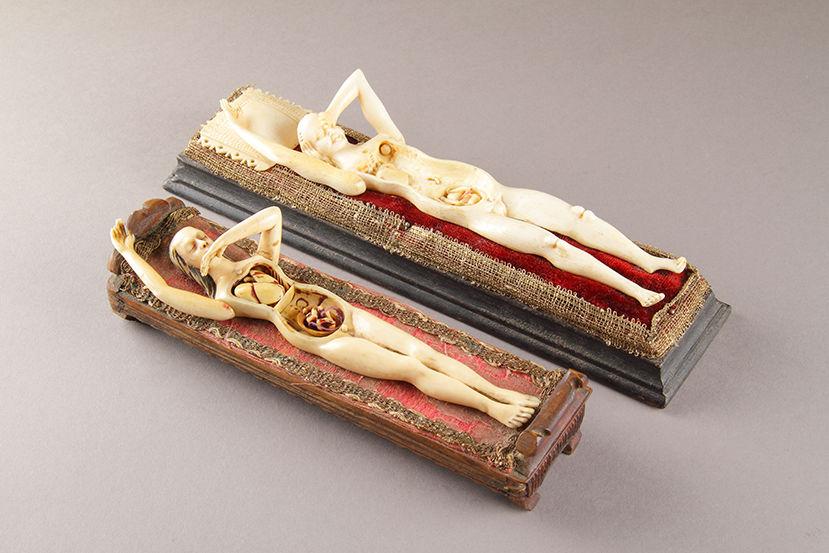 The stomach and chest disassembling to reveal the internal organs and a foetus within the uterus the body presented in a deathly repose upon a velvet and gold braid covered wood funeral bier.

cf: An example in Herzog Anton-Ulrich Museum collections of Duke Carl I Braunschweig Inv. no. Elf 187

In the 15th century artists and anatomists began to dissect cadavers to discover how the human body actually operates and these early investigations formed the basis of modern medical science.

With the ground breaking drawings of Leonardo da Vinci, anatomical illustration, such as his ‘Fetus in Otero’, developed into an important art form, so that both art and science contributed to the development of medicine.

During the 16th and 17th centuries interest in human anatomy grew with many books and prints illustrating the body dissected to reveal the organs, muscles, nerves and skin.

The painting by Rembrandt ‘the anatomy lesson of Dr Tulp’ shows a very similar figure of a deceased pregnant woman to these ivories.

However, although these models depict women who have died in childbirth, Zick and his followers did not produce them for study by the medical profession as the placement of the organs does not correspond with late 17th century anatomical findings.

For example in these models the heart is positioned at the centre of the thorax. These ‘vanitas’ were made for viewers to contemplate their own mortality whilst removing and replacing the body parts that made life possible.

Sometimes, instead of a funeral bier, the recumbent figures were placed inside a coffin-shaped box emphasising ‘memento mori’.