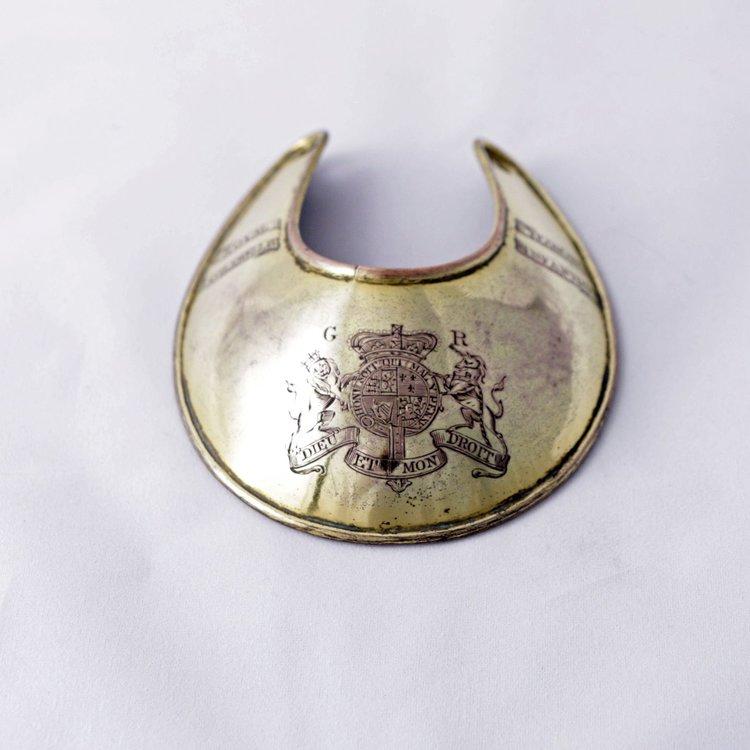 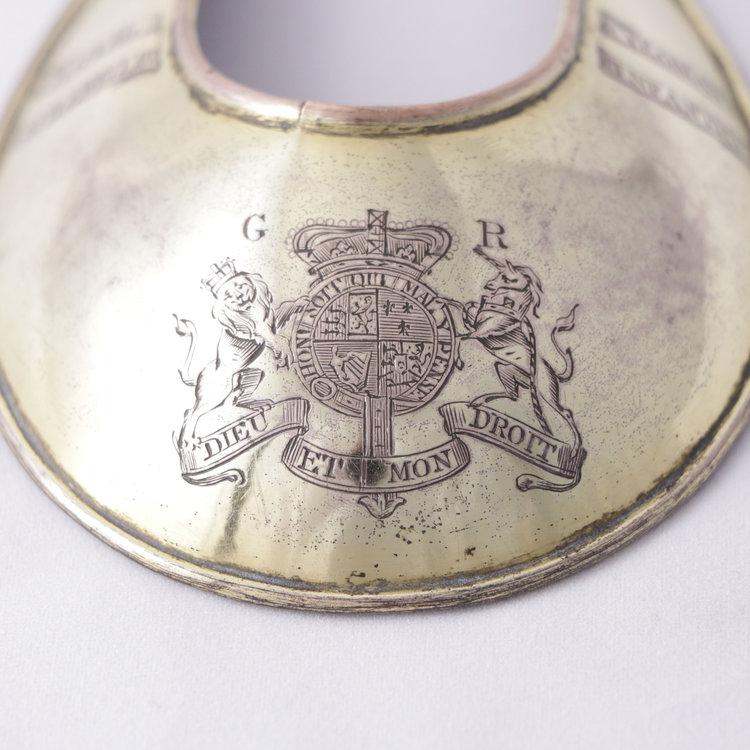 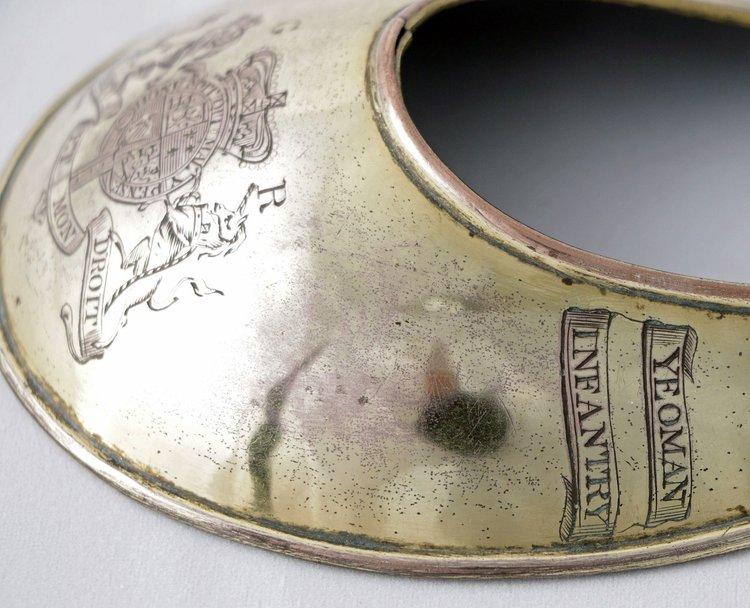 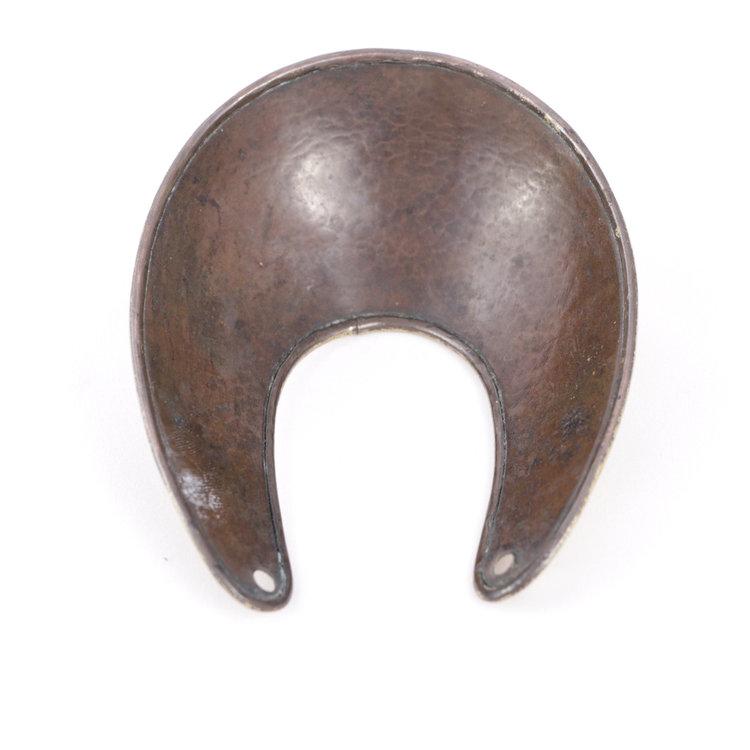 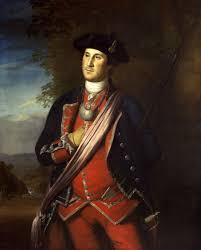 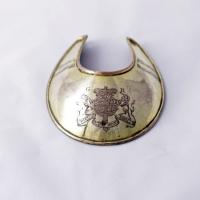 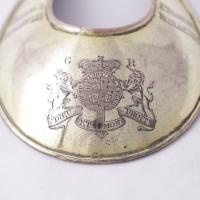 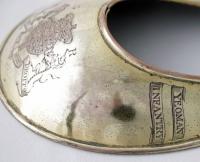 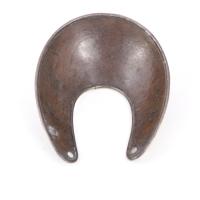 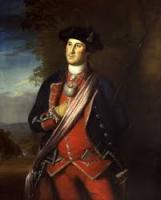 Plate 3 Note: Castlewellan is in County Down, N. Ireland. The unit was raised in October 1796, under Captain Commandant Richard (2d) Earl of Annesley.

A gorget, from the French gorge meaning throat, was originally a band of linen wrapped around a woman's neck and head in the medieval period, or the lower part of a simple chaperon hood.

The term subsequently described steel or leather collar designed to protect the throat, a set of pieces of plate armor, or a single piece of plate armor hanging from the neck and covering the throat and chest.

Later, particularly from the 18th century onwards, the gorget became primarily ornamental, serving only as a symbolic accessory on military uniforms, a use which has survived to the modern day in some armies.

The gorget, in this 1772 portrait of Colonel George Washington by Charles Wilson Peale, was worn in the French and Indian War to show his rank as an officer in the Virginia Regiment.