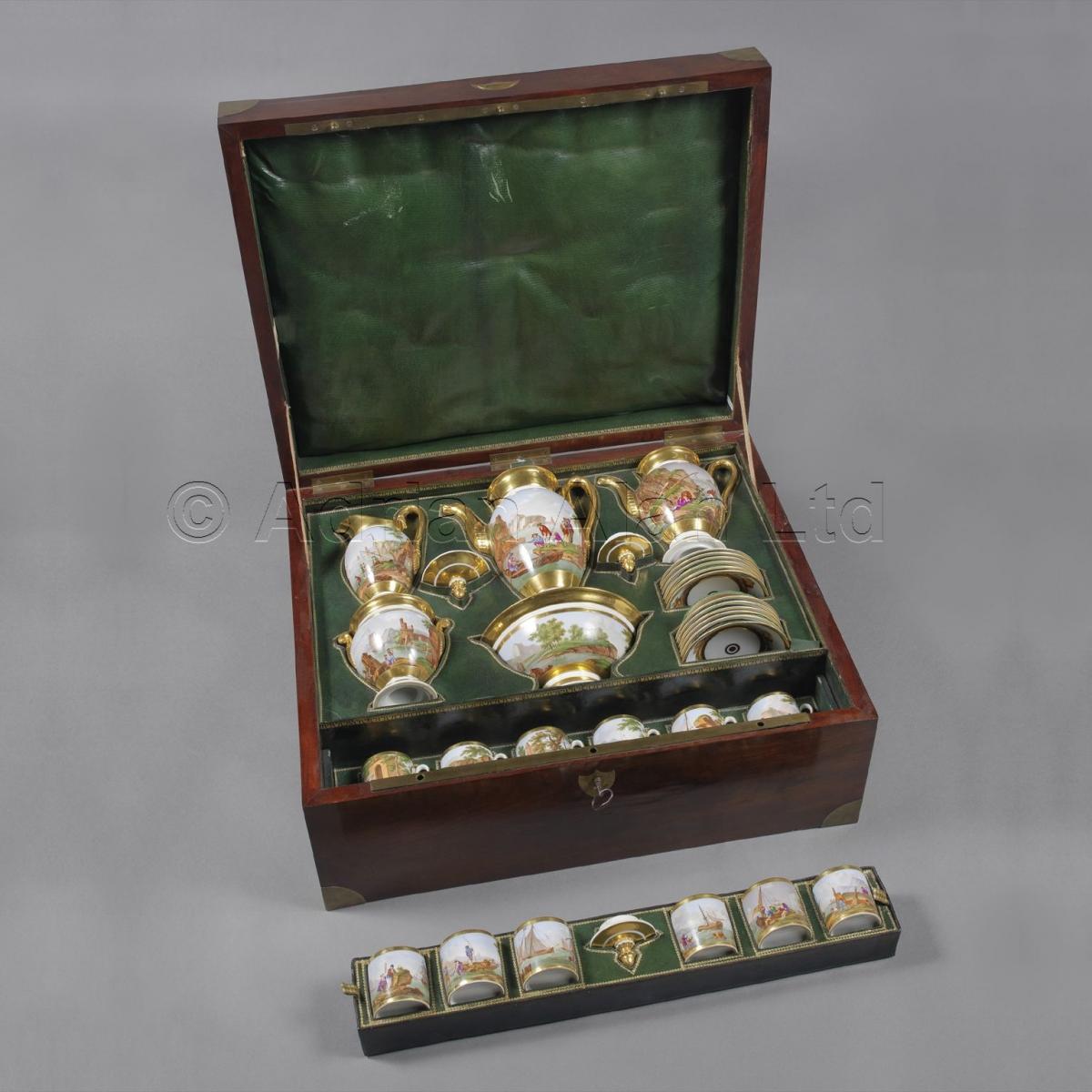 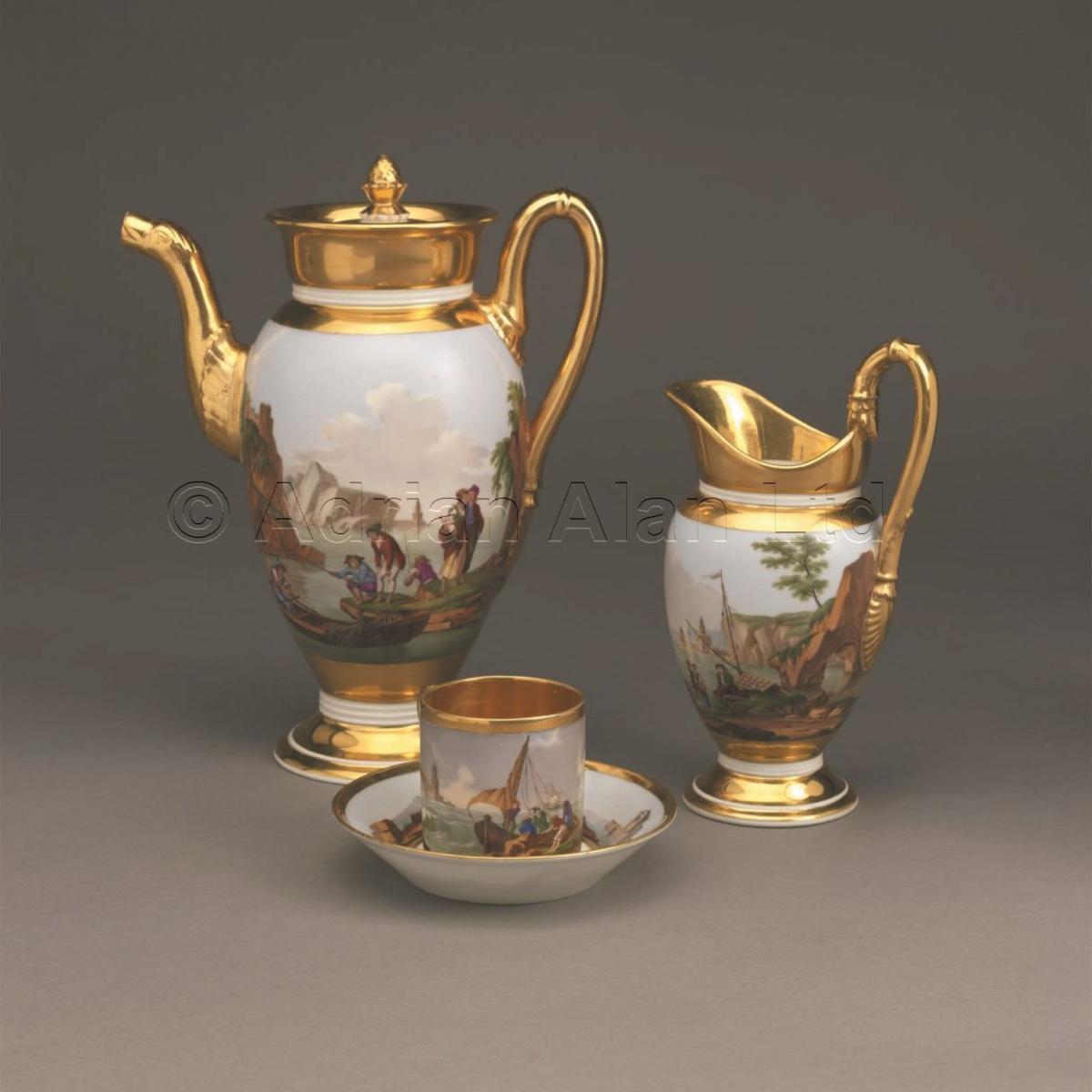 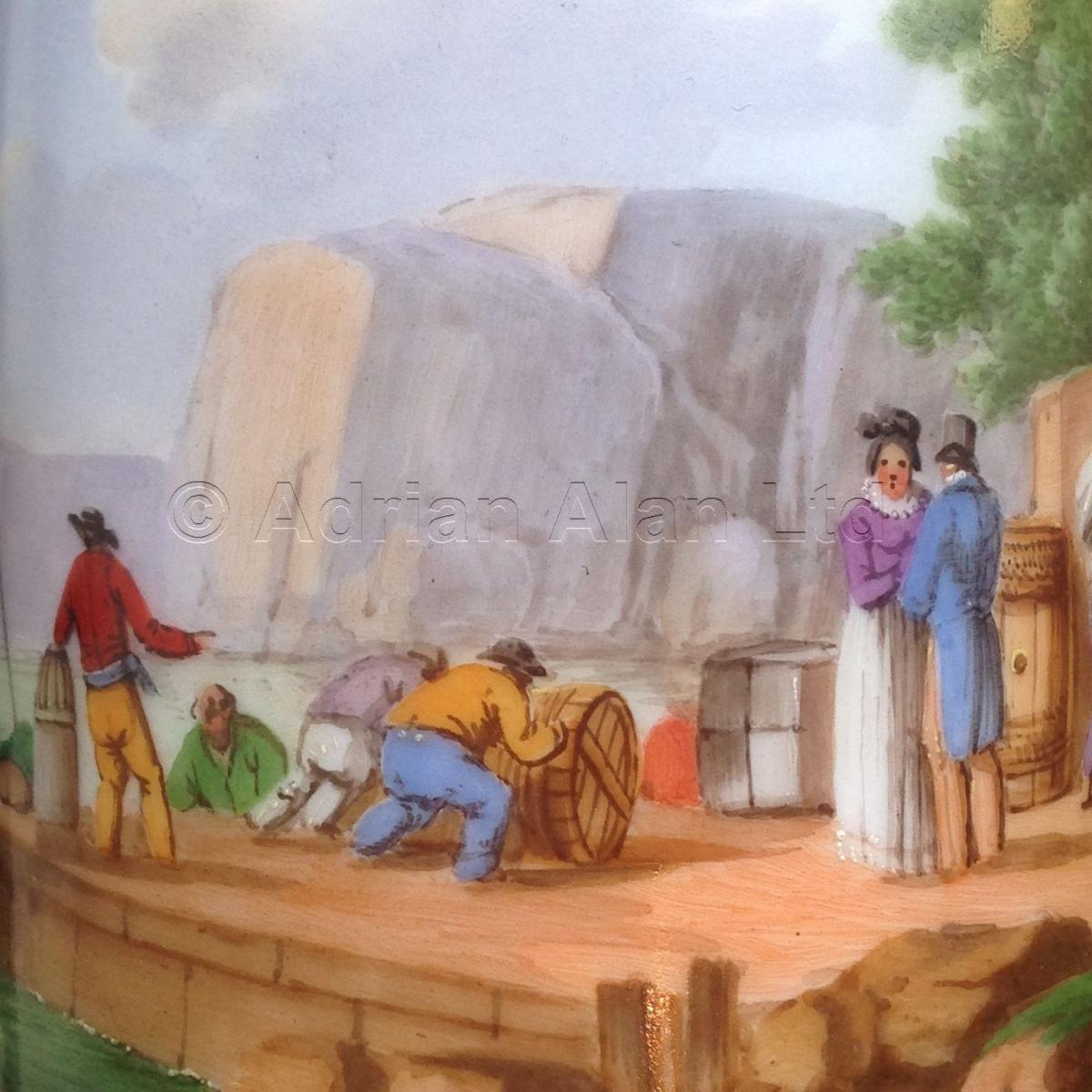 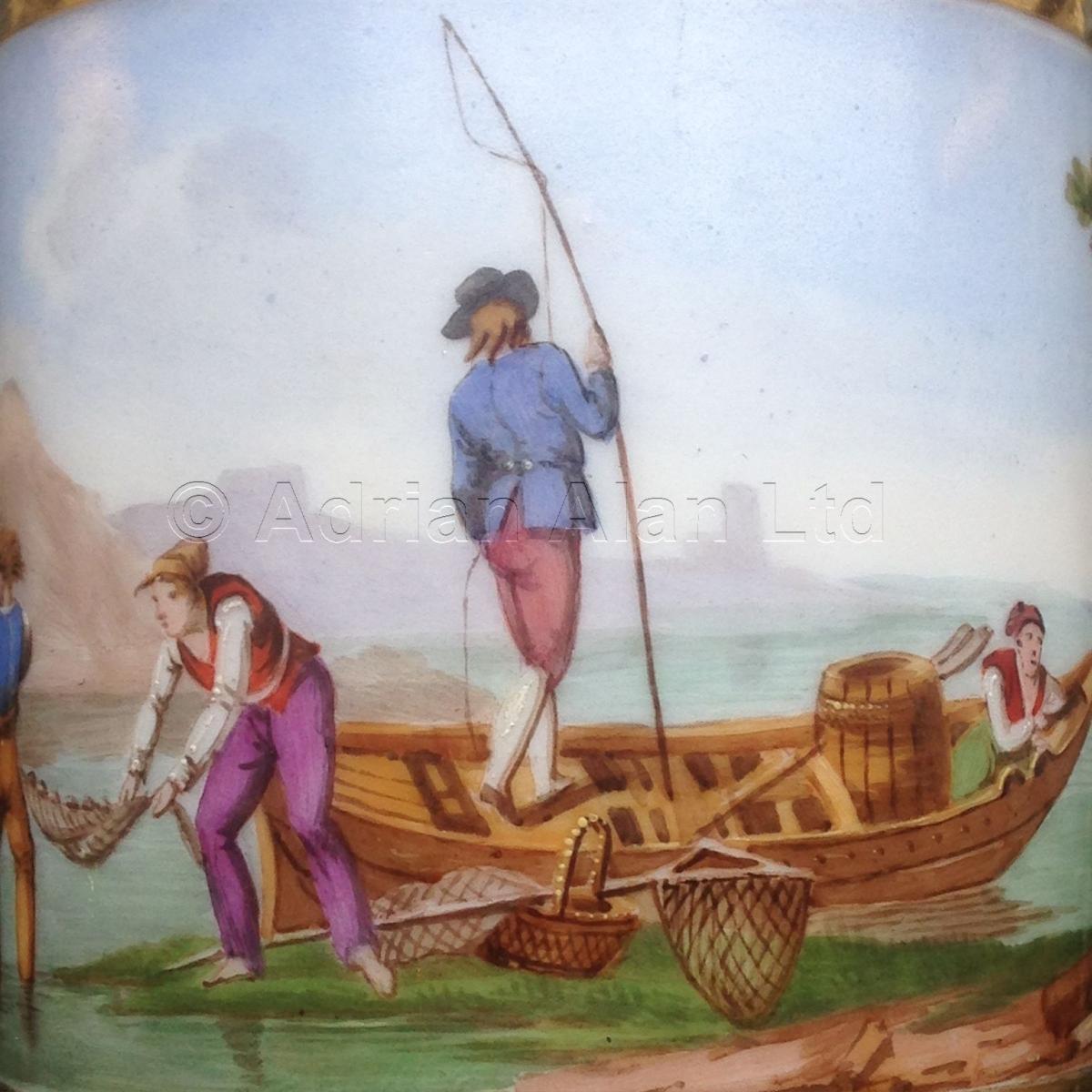 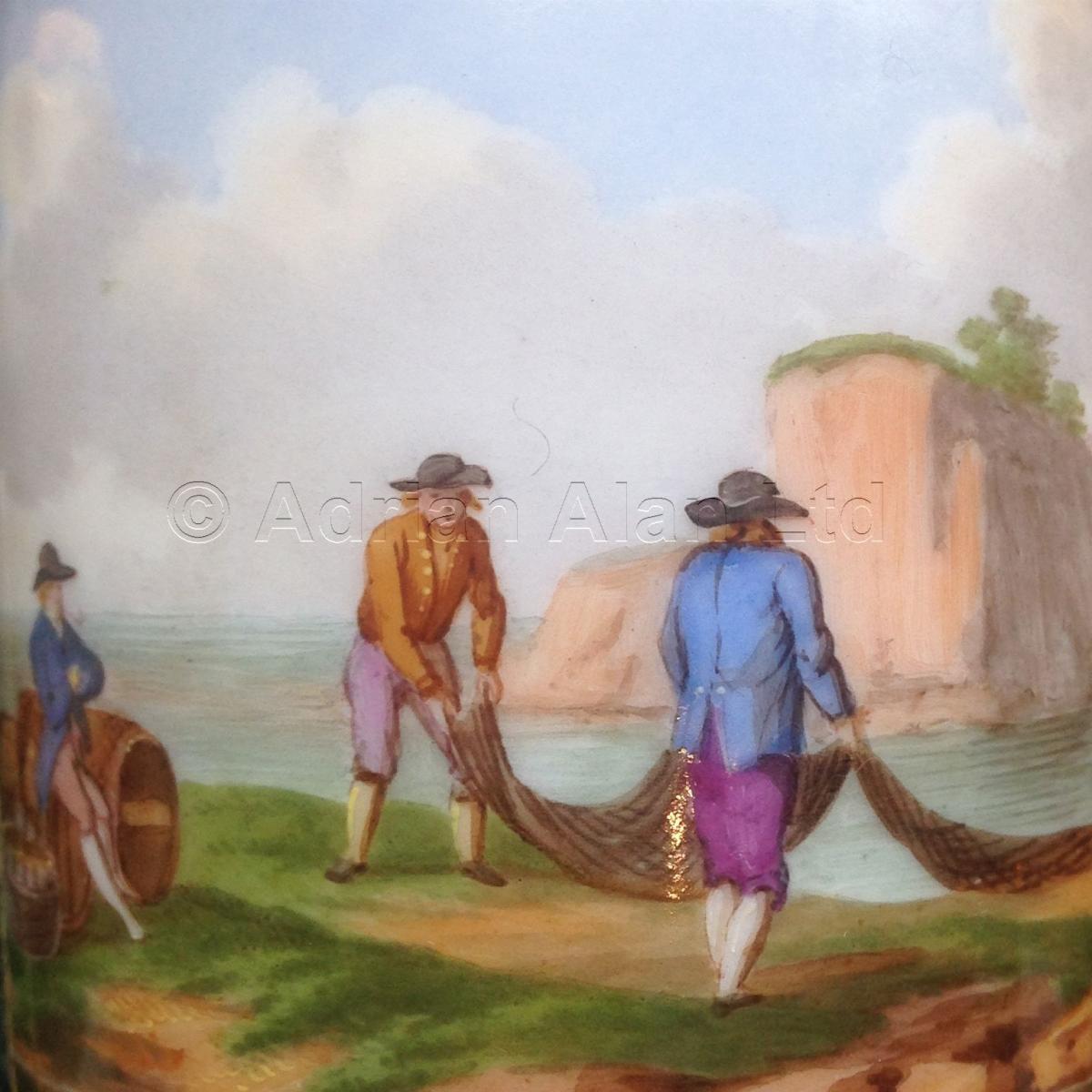 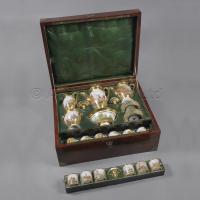 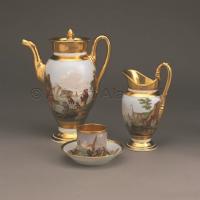 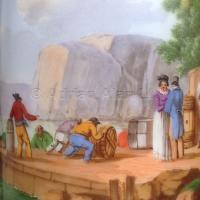 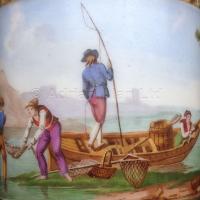 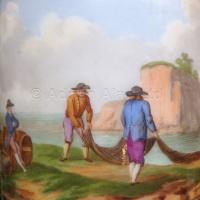 The service comprises of:
A Coffee Pot and Cover, A Hot Water Jug and Cover, A Cream Jug, A Sucrier and Cover, A Footed Bowl & Twelve Coffee Cans with Twelve Saucers.

The porcelain is finely painted with harbour scenes within burnished gilt bands.  The Service is presented in its original fitted mahogany case with tooled leather lining and brass fittings.

Paris was a centre of excellence for porcelain. The importance of the porcelain industry for Paris stretches back to the time when under the reign of Louis XIV, all silverware in France was melted into coins, and as a result all dishes needed to be replaced by a different material. This brought about an immediate demand for porcelain from China (the sole supplier of porcelain since Vasco De Gama brought the first porcelain objects back to Europe during the Fifteenth Century). This was a very expensive commodity and as such, the need to create local porcelain was paramount and once it was made possible, a thriving local industry built up.  At the Restoration, the Comte d'Artois, later to become Charles X, and his son, the Duc d'Angoulême the last Dauphin of France, were the first to set up porcelain workshops in Paris, soon to be followed by many others.  Amongst the famous artists who at some time worked in the Parisian porcelain industry was Pierre Auguste Renoir who was apprenticed as a painter to a Paris porcelain-maker between 1854-1858. 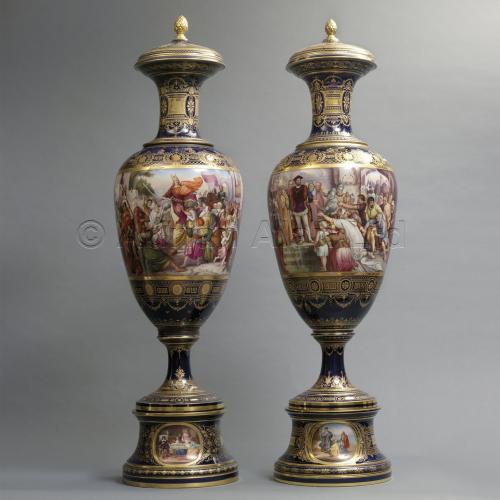 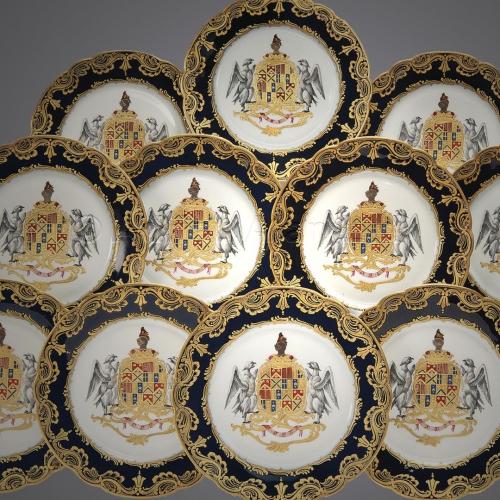 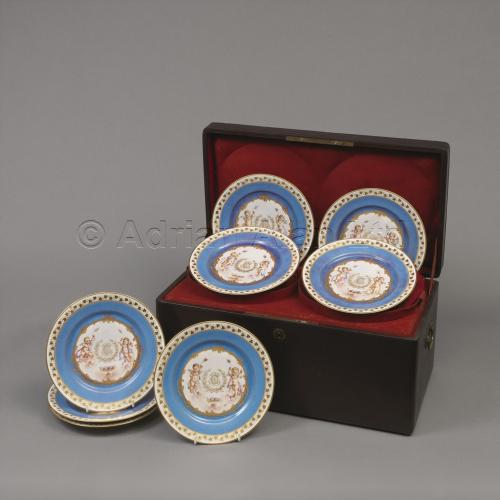