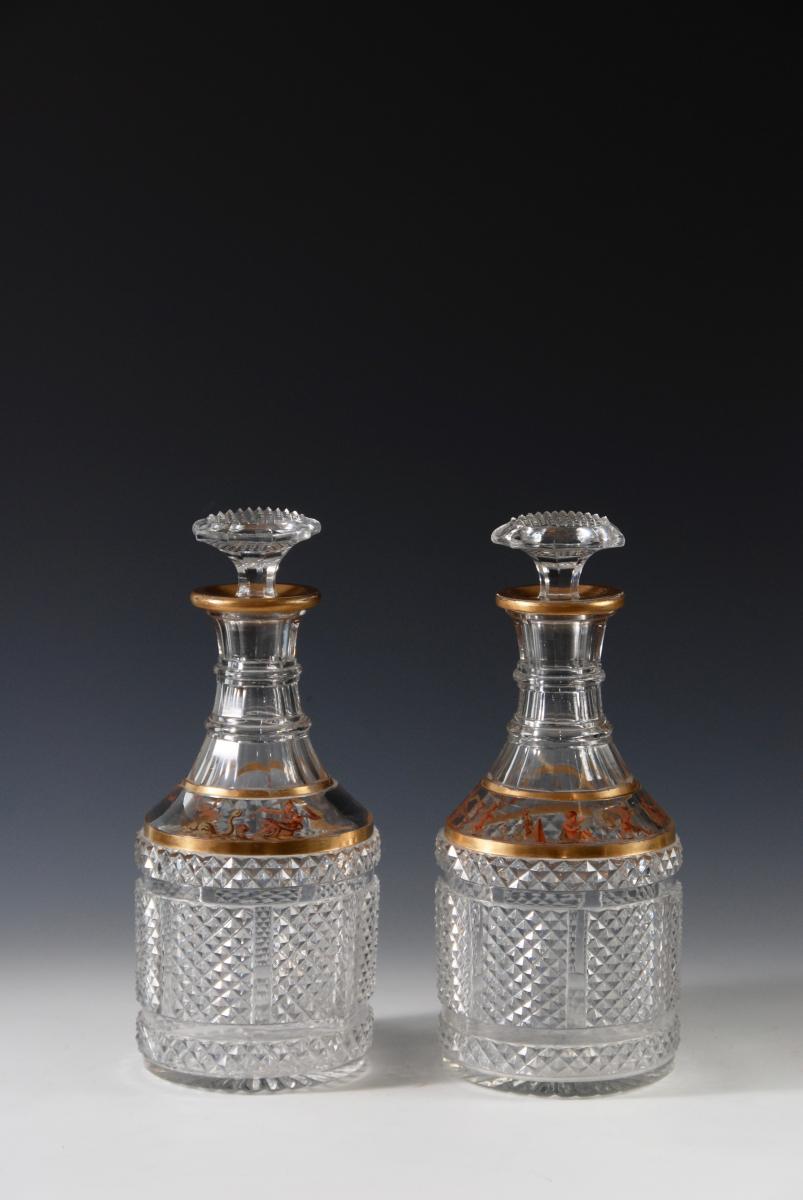 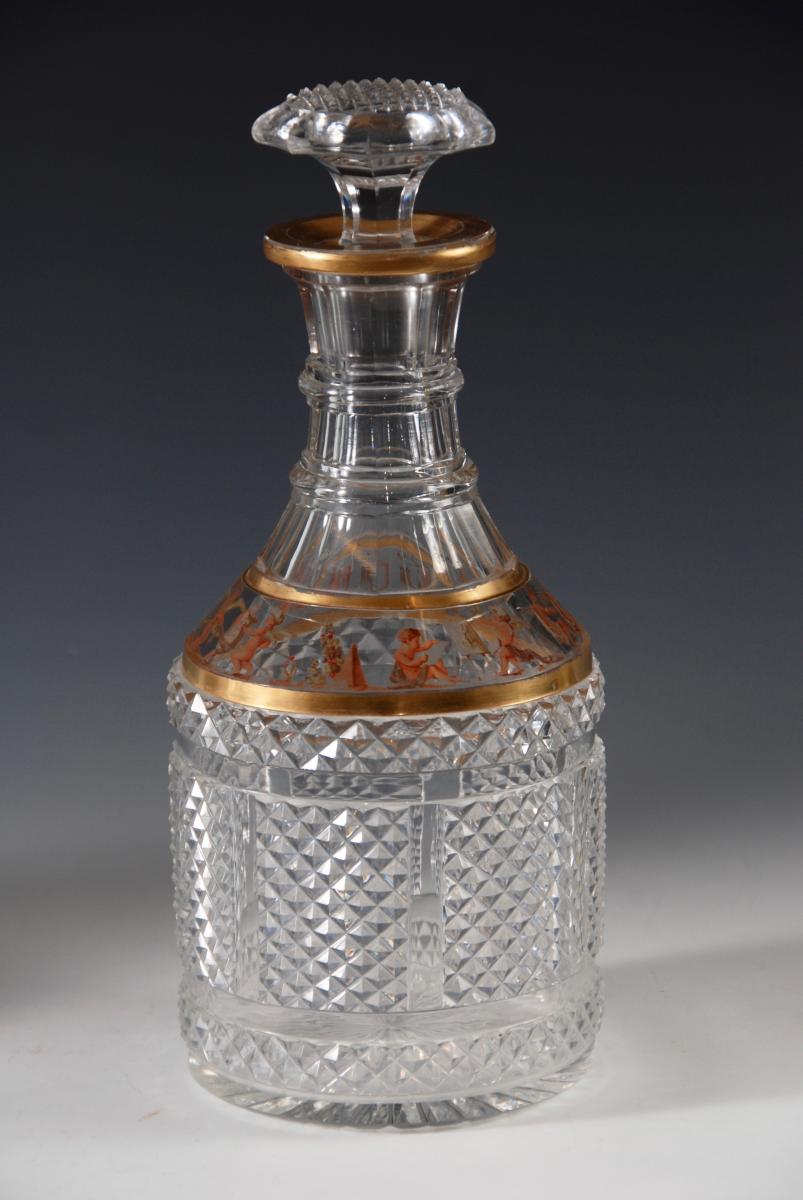 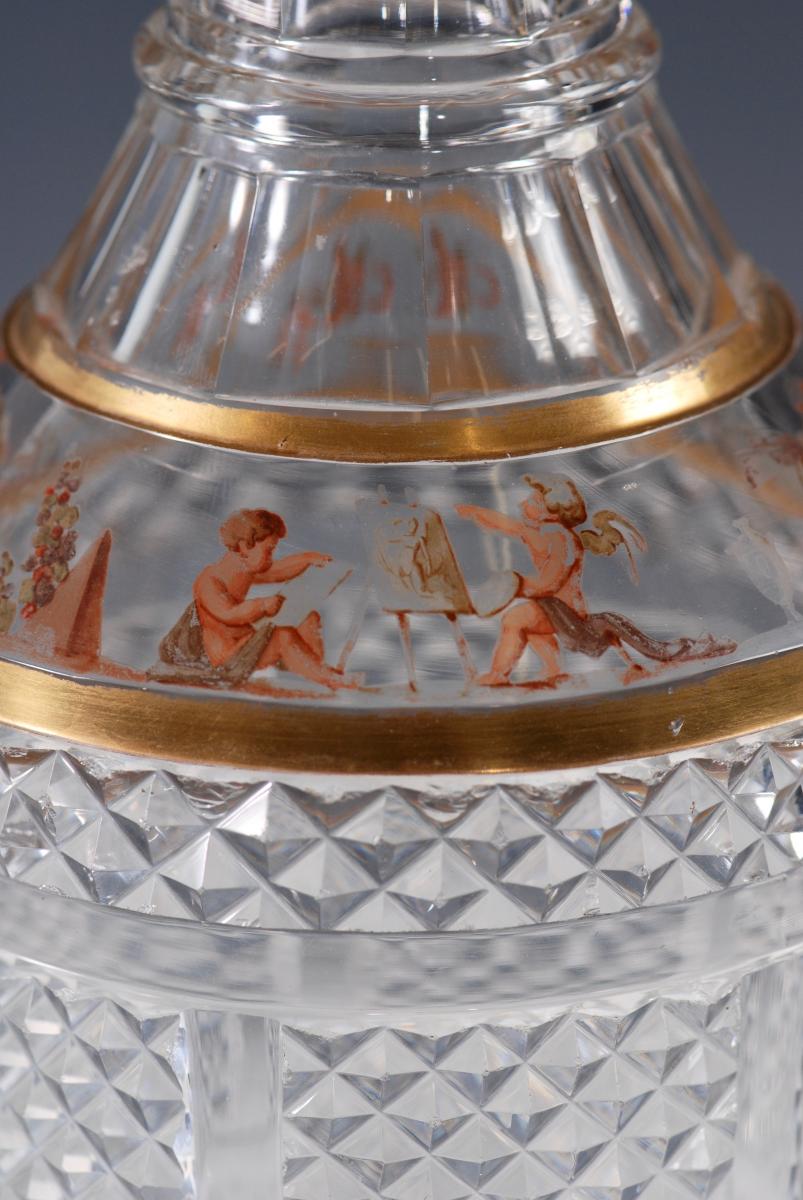 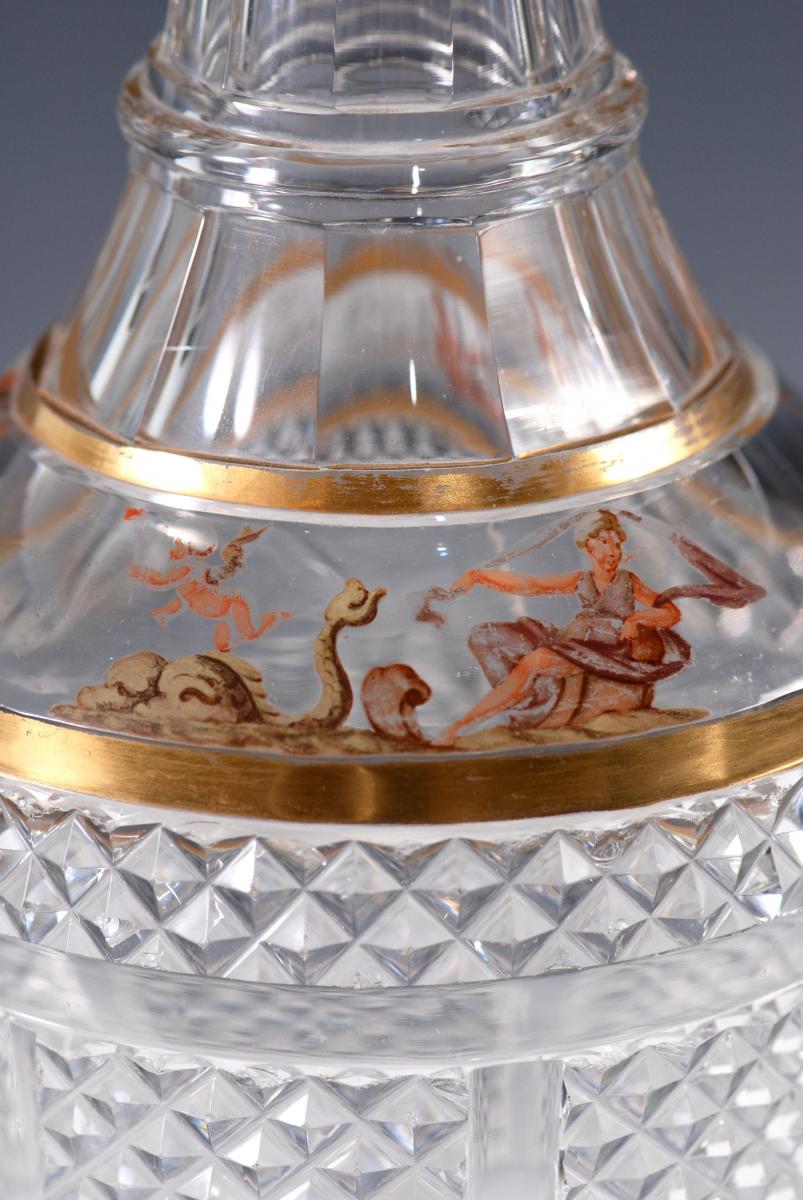 A very rare pair of decanters cut with panels of diamonds and decorated by William Collins  with gilt bands and a continuous classical scene in enamel colours with putti and other figures, sometimes in clouds, with urns, a dog by a fire, and a painting scene amongst others.

William Collins worked from 1808-1852 at 227 The Strand and styled himself as Glass manufacturer to His Majesty and Their Royal Highnesses the Duke of Sussex and Princess Elizabeth.

A wineglass enamelled with the arms of the Duke of Sussex is in the Victoria & Albert Museum in London.  Other glasses and carafes are in the Powell-Cotton Museum at Quex park in Kent.

As a retailer his trade card states that he sells an extensive variety of lustres, /Grecian lamps and cut glass of every description…….. It is known that he employed Charles Muss as an enameller from 1809 until his death in 1824*.

Only a handful of cut glass vessels from the Collins/Muss workshop have come on the market and very few pieces exist in private or public collections.  No other examples are known with the decoration on the present decanters.

On one decanter the decoration is rather more sparse and there is some slight wear in places.  The stoppers are period replacements.