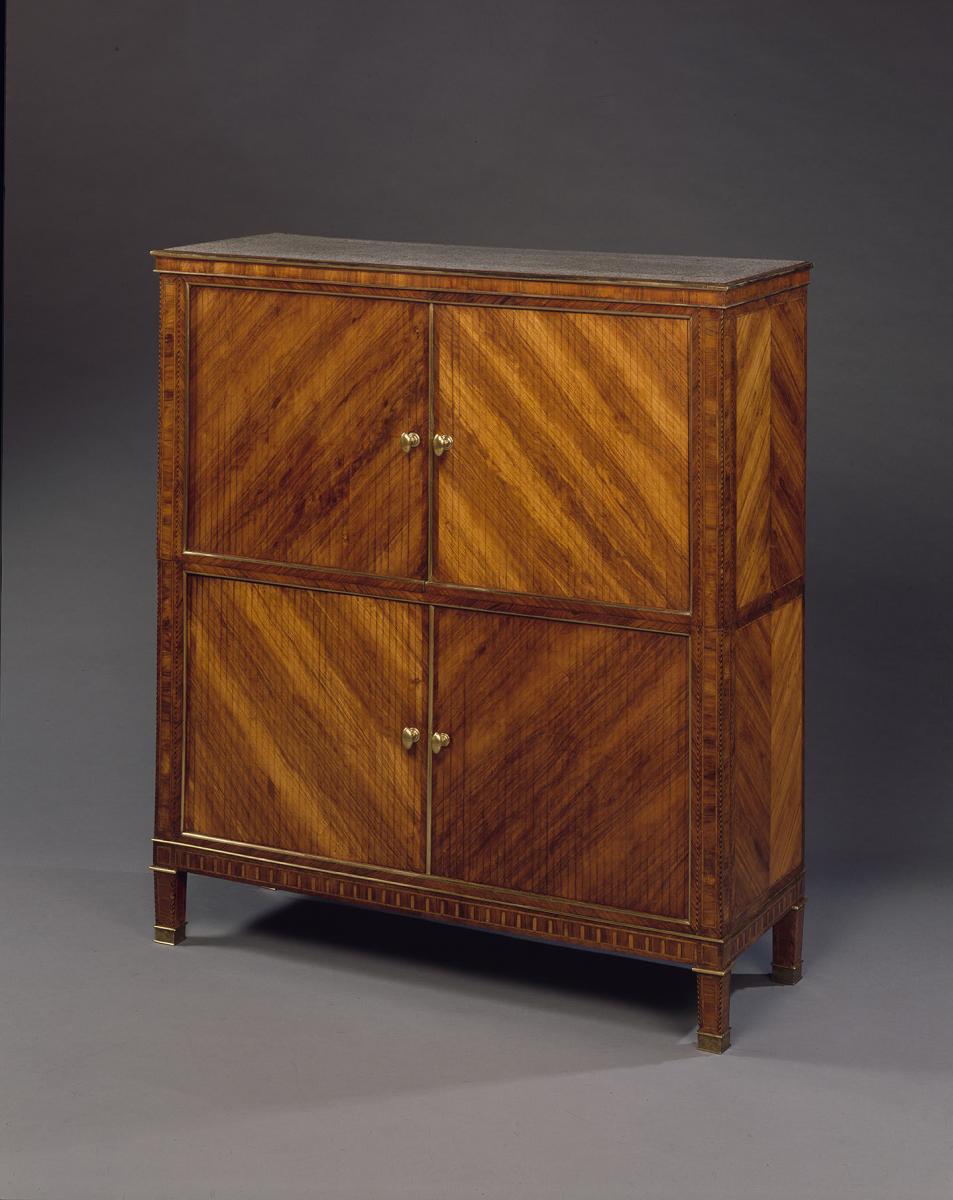 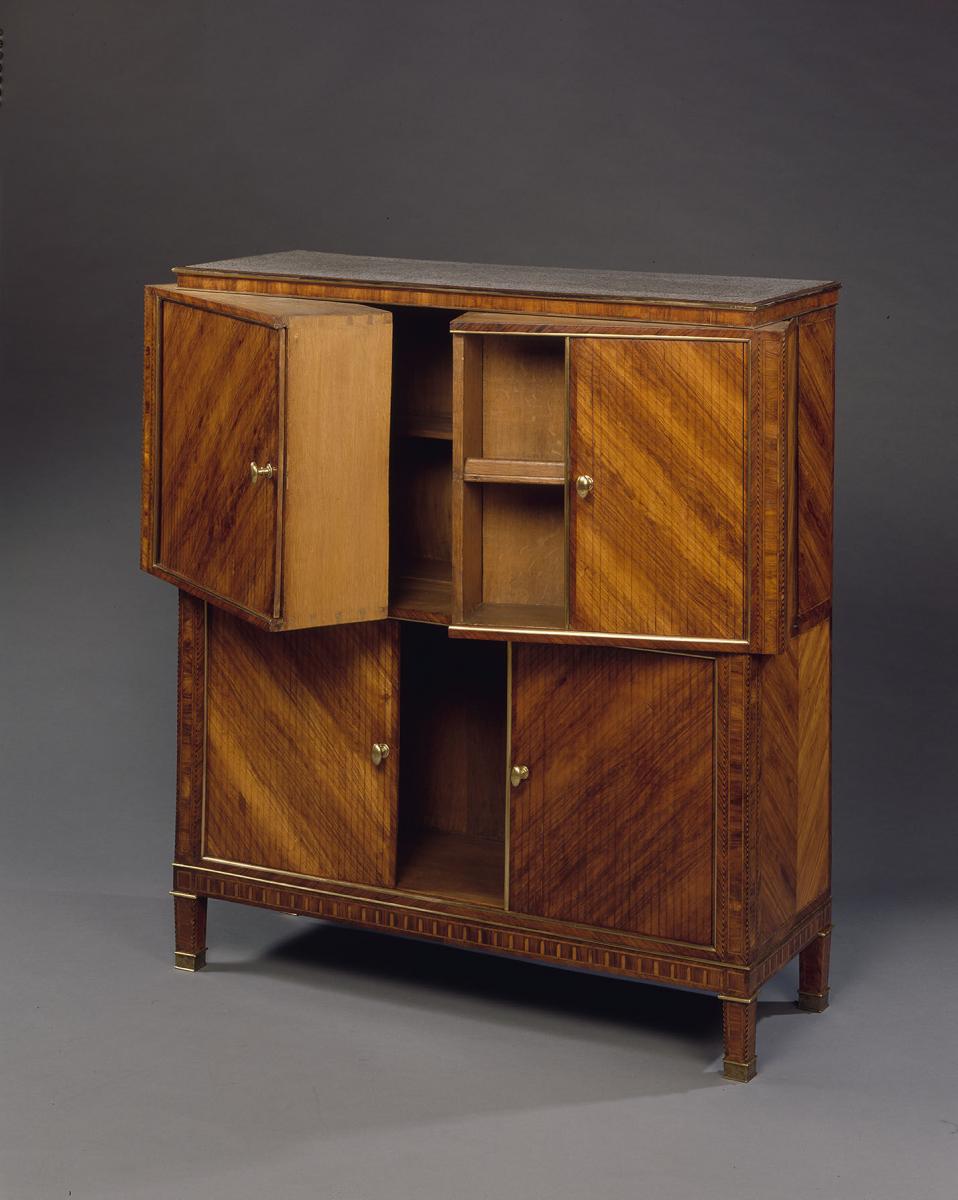 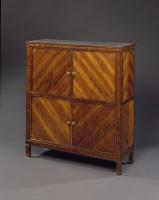 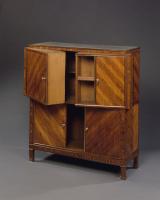 Rare cabinet of double tambour-enclosed sections, of kingwood and tulipwood with gilt-metal mounts and original inset granite top, the fronts of the upper part hinged to reveal two compartments concealed behind, the wood of the four tambour sections of the front exceptionally finely cut as a large lozenge, the quartered sides being similarly veneered. Circa1795, German, probably Karlsruhe.

Provenance :-  The Margraves and Grand Dukes of Baden, and Dukes of Zähringen, originally at Schloß Karlsruhe and subsequently at the Neues Schloß, Baden-Baden.

There is a pasted label to the back of the cabinet, ‘Inventar Schloƒs Carlsruhe, Linker Flügel’, and another, smaller, on the back of the left hinging-out section, ‘General-Intendanz der Gr. Civilliste, Inventar, Seite 14, O.-No. 32’. The new city of Karlsruhe was founded in 1715 by Margrave Carl Wilhelm of Baden-Durlach, with Schloß Karlsruhe at its centre. The castle was rebuilt in the mid-18th century by his grandson, Karl Friedrich, and was the residence of the Margraves of Baden-Durlach and the Grand Dukes of Baden until 1918, when it became the home of the Badisches Landesmuseum.