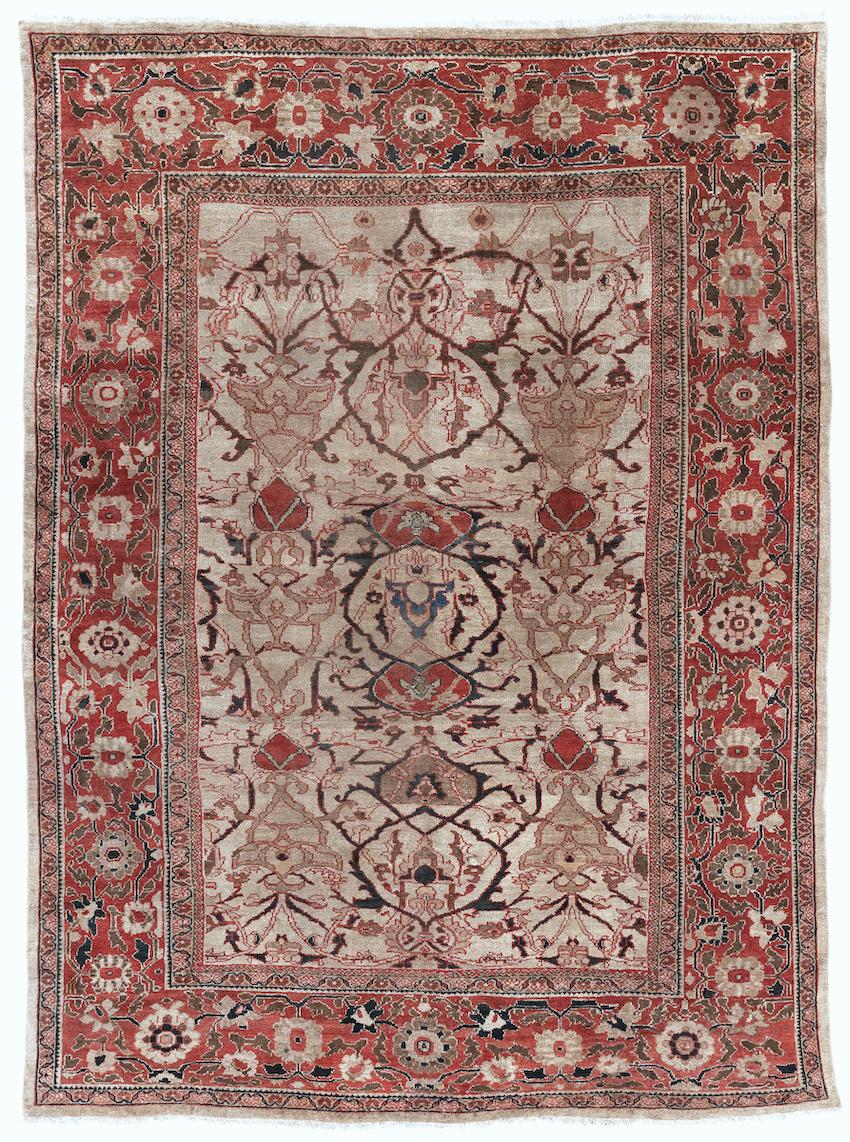 A very rare natural ivory wool background antique Ziegler carpet, circa 1880 with an unusual shield design and scrolling vines. A soft reddish tone border compliments the natural wool background, along with early dyes of olive green and sandy tones.  A hint of blue dye can be seen in the centre too.  This Ziegler has a very early look to it, it could even be a pre-Ziegler production and be earlier around 1860-1870.  Woven in Sultanabad, Persia the home of the famous carpets, the weave and pile is that of this workshop.

The history of Ziegler carpets: In 1883, Ziegler and Co, of Manchester, England established a Persian carpet manufacture in Sultanabad Persia, which employed designers from major western department stores such as B. Altman & Co of New York and Liberty, to modify 16th- and 17th-century Eastern designs for the more restrained western taste. Using highly developed dying techniques, and the best artisans from the region, the Ziegler Co created rugs with beautiful, all-over patterns and with softer palettes than their vibrant Persian counterparts.

If you would like us to visit you to show you this rare antique Ziegler carpet in situ, please request a home visit to select a convenient day and time.  We travel nationwide, having visited clients in Scotland, Ireland and in Europe over the last 30 years.

Condition is remarkably good for a carpet of this age.  Some lower areas of pile, but a decent wool pile is shown on the majority of this rare early piece.  Professionally washed by ourselves, it is ready to be shown in situ.  We shall be exhibiting this carpet at the Chelsea Antiques Fair starting on 21st-26th September this month.  If you would like an invitation, please let us know. 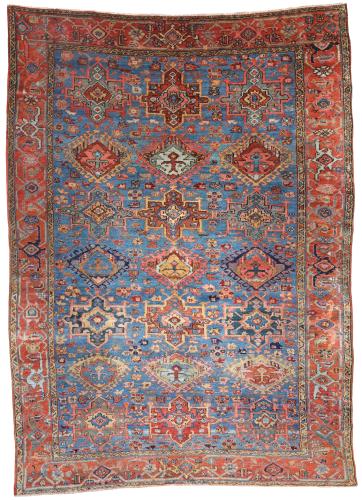 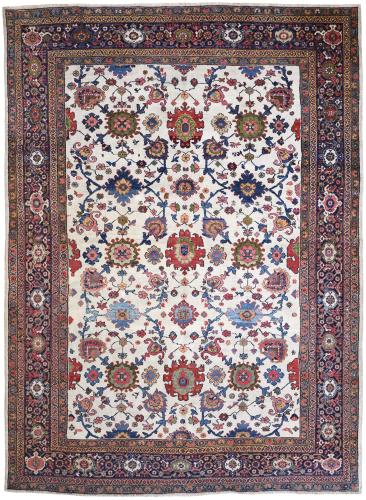 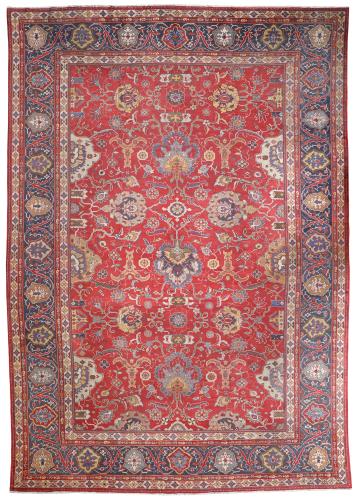