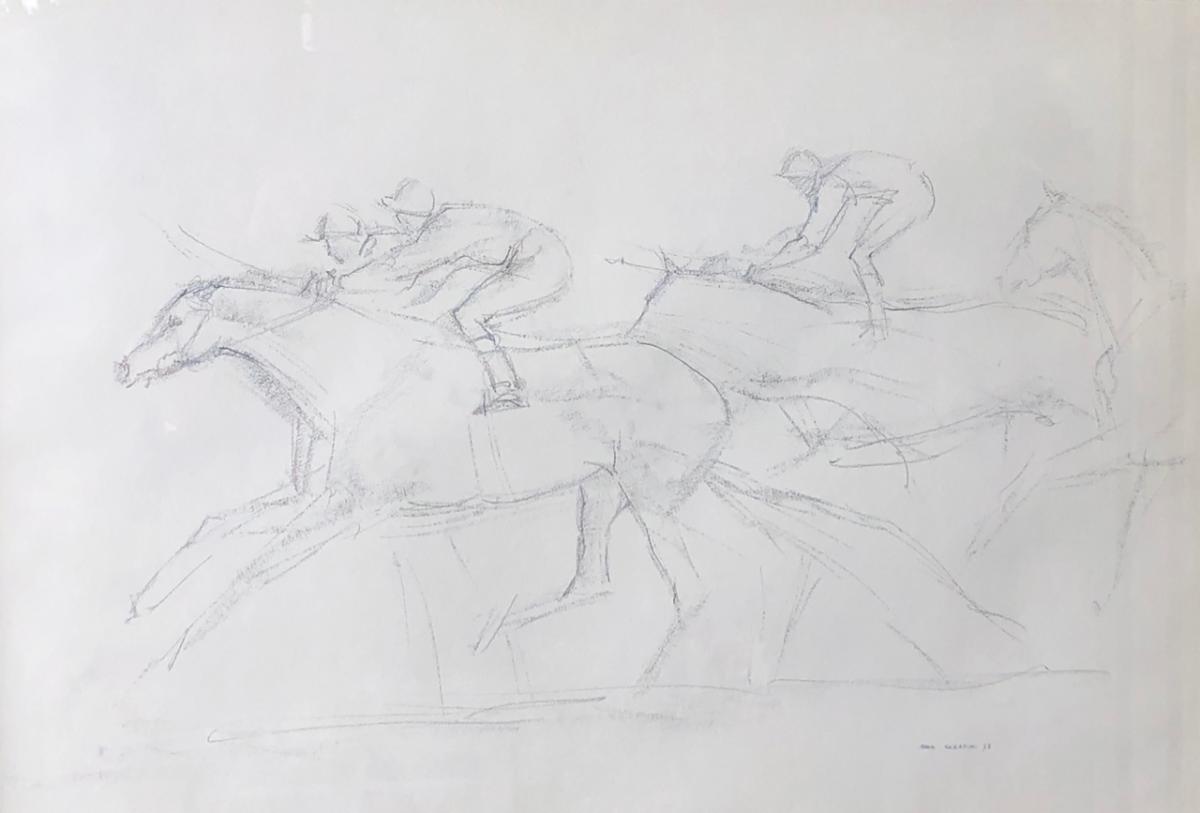 Racing Group - At the Finish

Born in South Woodford, Essex, Skeaping studied at Goldsmith's College, London, and later at the Royal Academy. In 1924 he won the British Prix de Rome and its scholarship to the British School at Rome.

Skeaping was the first husband of the sculptor Barbara Hepworth, with whom he exhibited during the 1920s. He was a member of the London Group, and later worked for a period in Mexico.

He was elected to the Royal Academy in 1960. He latterly lived in Devon near the village of Chagford and moved to the Camargue, France in 1959.

A BBC documentary One Pair of Eyes - John Skeaping (1970) directed by David Cobham was produced for BBC TV during Skeaping's time there. The Tate Gallery owns eight works by Skeaping.