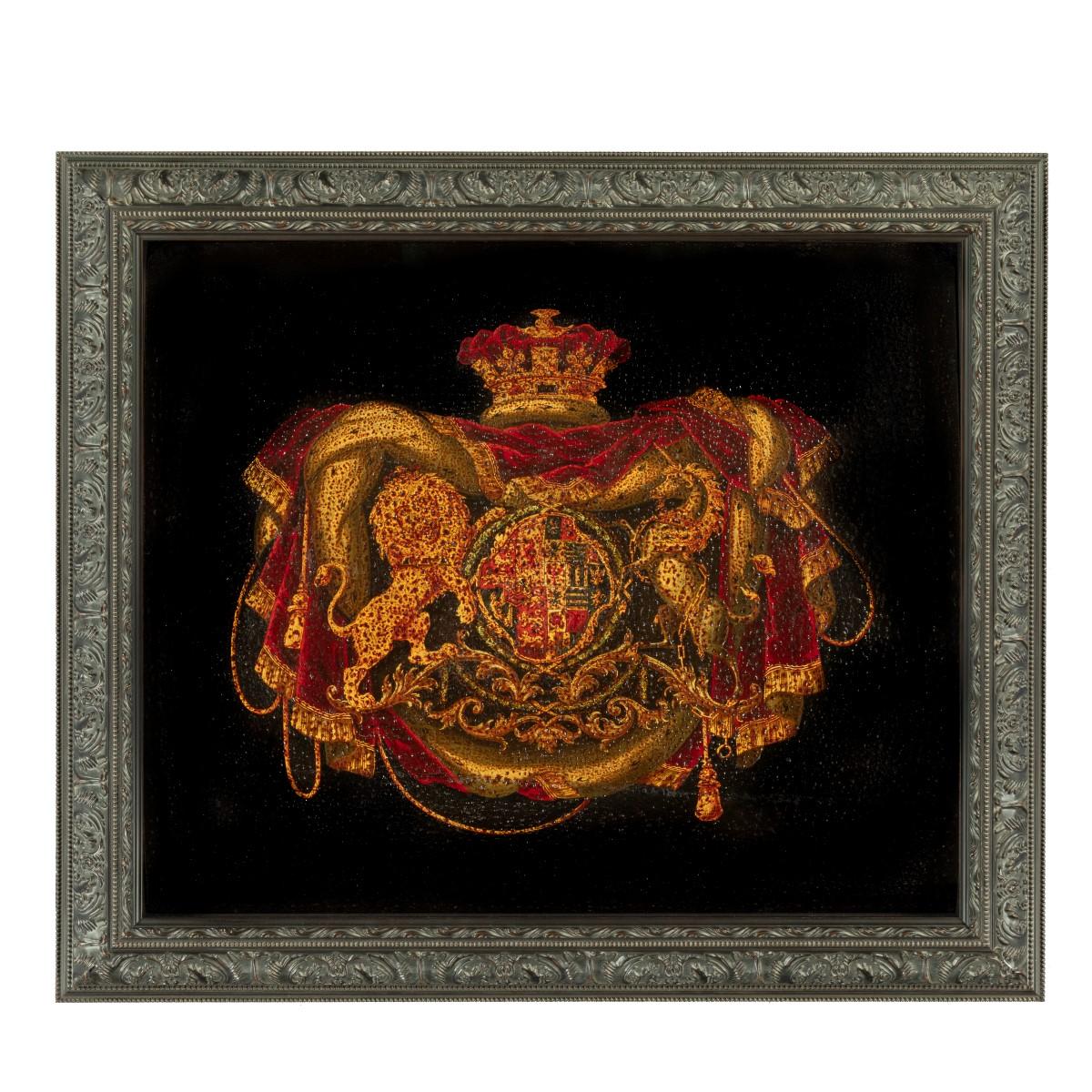 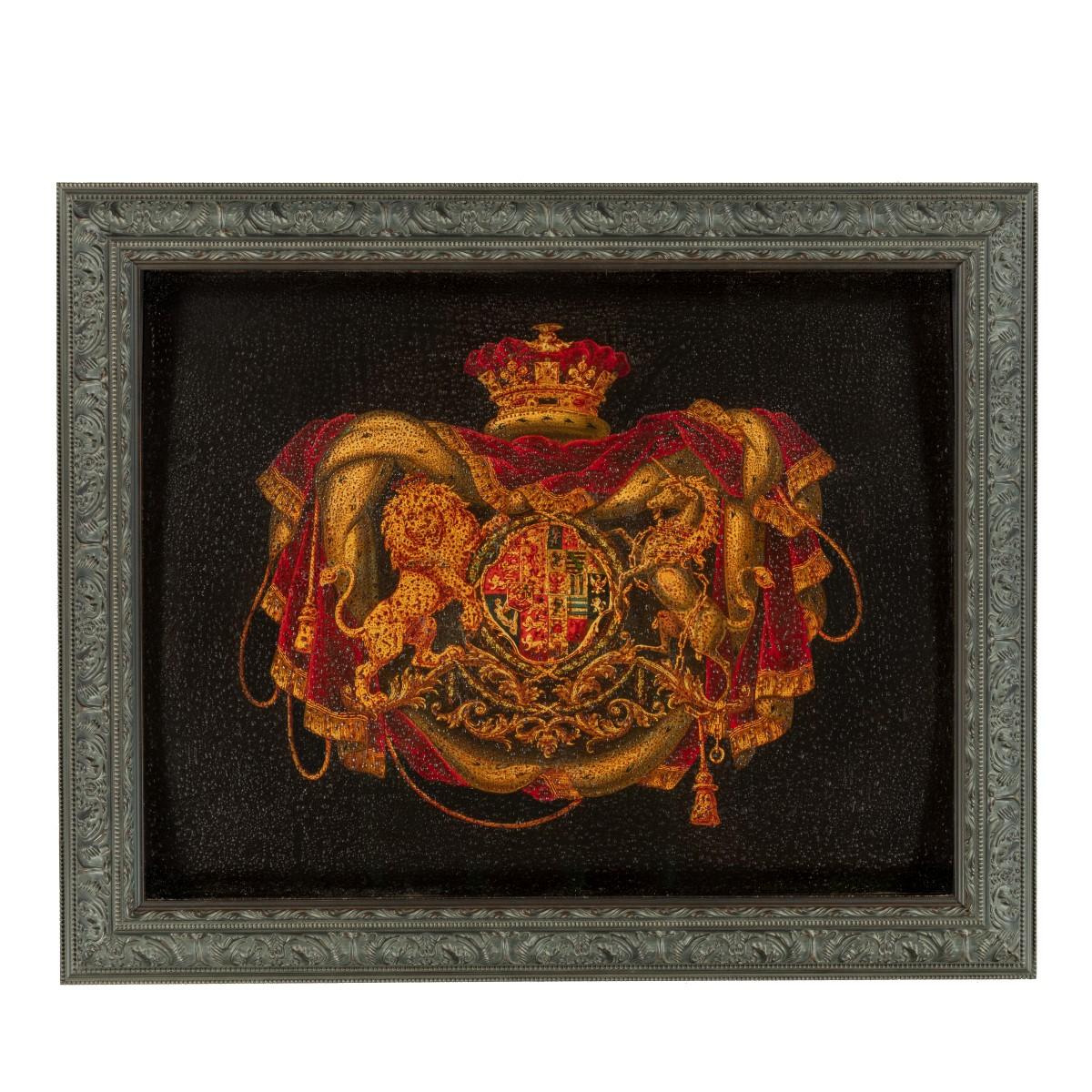 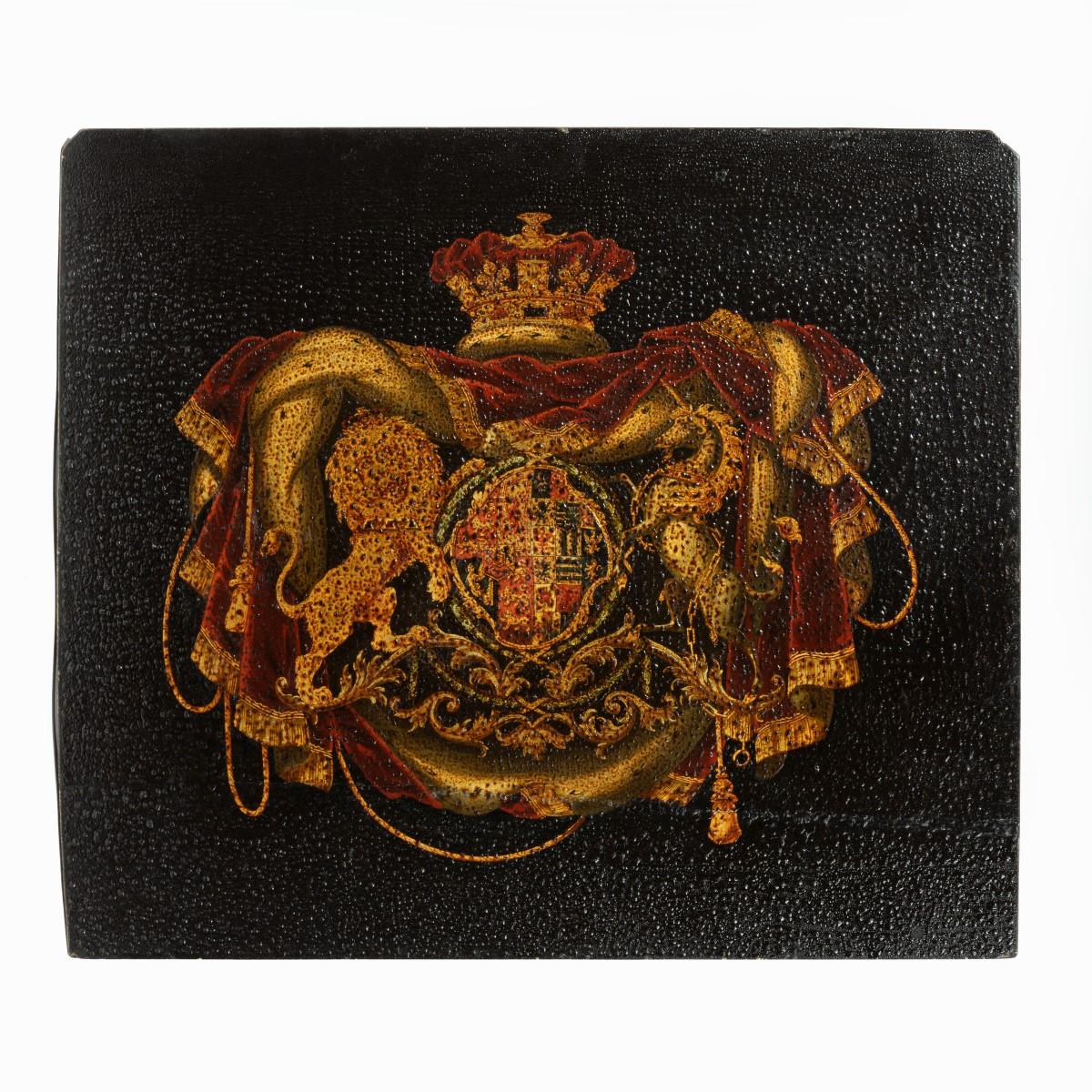 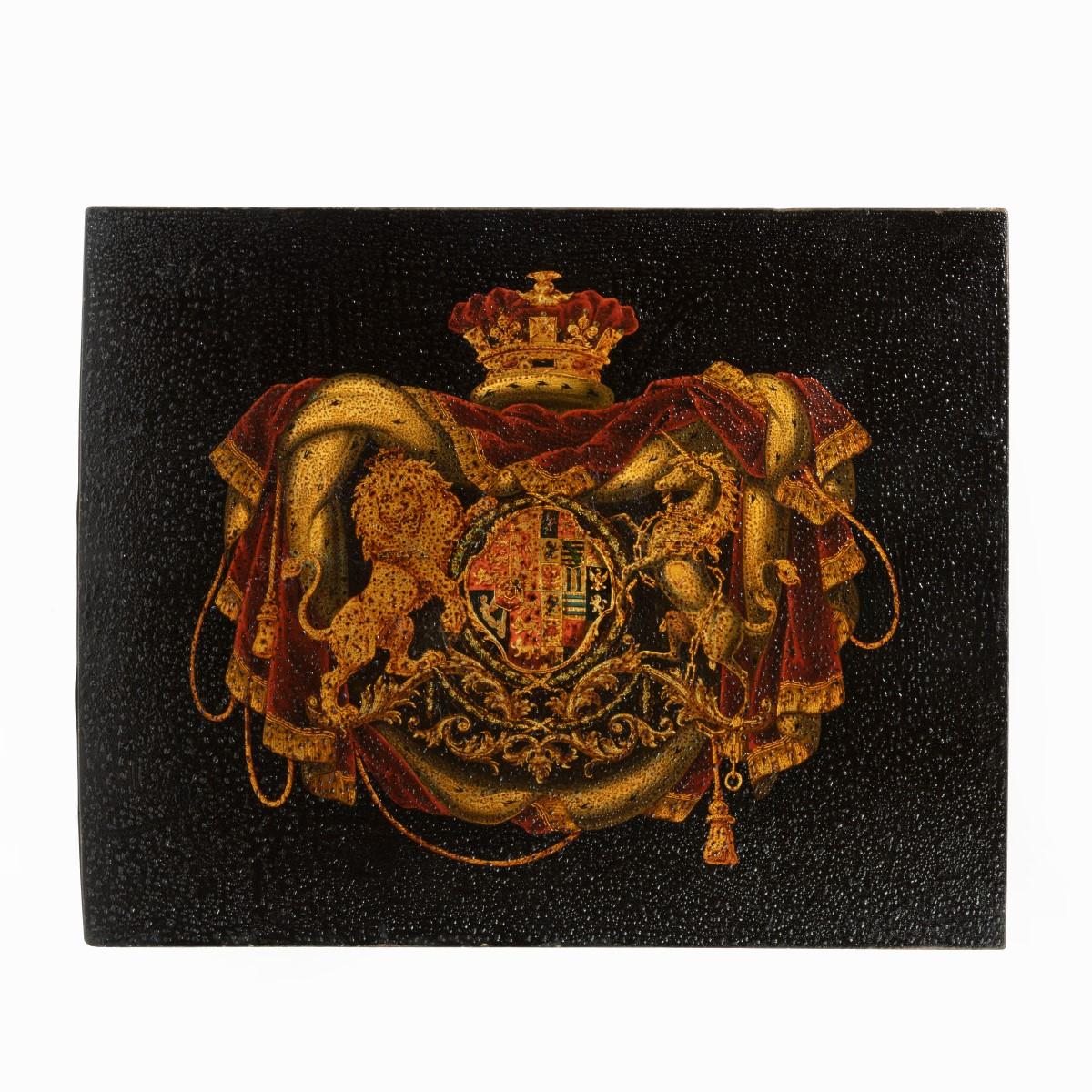 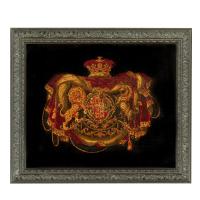 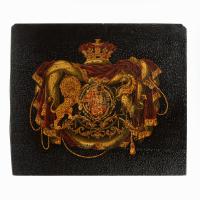 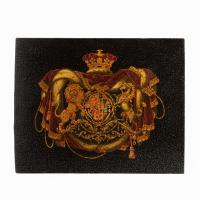 These two wood panels are of rectangular form, one with rounded corners. Each is painted with a large Royal coat of arms flanked by a lion and a unicorn surmounted by a queen’s crown and red velvet mantling trimmed with ermine, gold fringes and tassels. English, circa 1840.

Adelaide of Saxe-Meiningen (Adelaide Amelia Louise Theresa Caroline; 1792-1849) was Queen of the United Kingdom and Hanover from 26 June 1830 to 20 June 1837 as the wife of William IV. Adelaide, the capital city of South Australia, is named after her. Her marriage to William Duke of Clarence, third son of George III, 27 years her senior, was arranged as a result of the death of the Prince Regent’s only daughter, Princess Charlotte of Wales in 1817, which left no heir to the throne in the third generation. By the end of 1811, King George III was mad and his eldest son George was Prince Regent. In an attempt to secure the succession to the throne, William was informed that Parliament would guarantee his large gambling debts should he marry and produce an heir. William, who had ten illegitimate children by his mistress, the actress Dorothea Jordan, agreed to do so. The couple were married on 11 July, 1818, in a double wedding at Kew Palace, shared with William’s brother, Prince Edward, Duke of Kent, and Victoria, Dowager Princess of Leiningen. The marriage proved a happy one and the couple soon became devoted to each other, but sadly, despite several pregnancies, they produced no surviving children. In 1827, William’s elder brother, Frederick, Duke of York died, his death was followed a few years later, in 1830 by that of George IV. Thus William became William IV (see the previous page). The couple were crowned on 8 September, 1831 at Westminster Abbey. 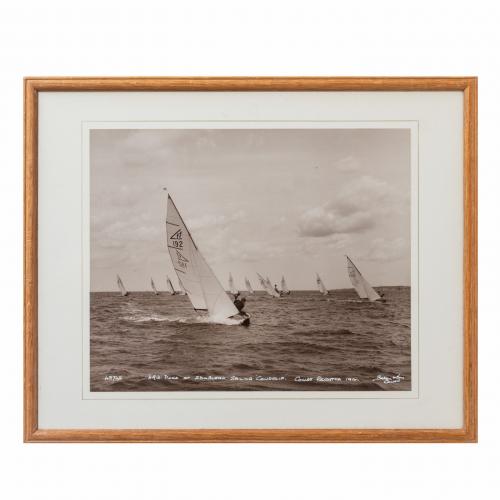 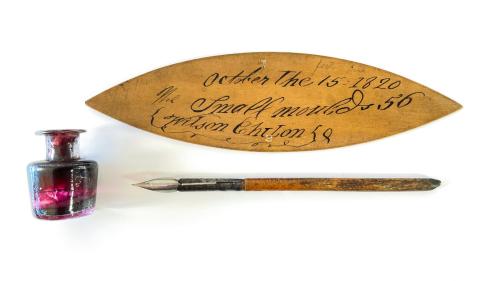