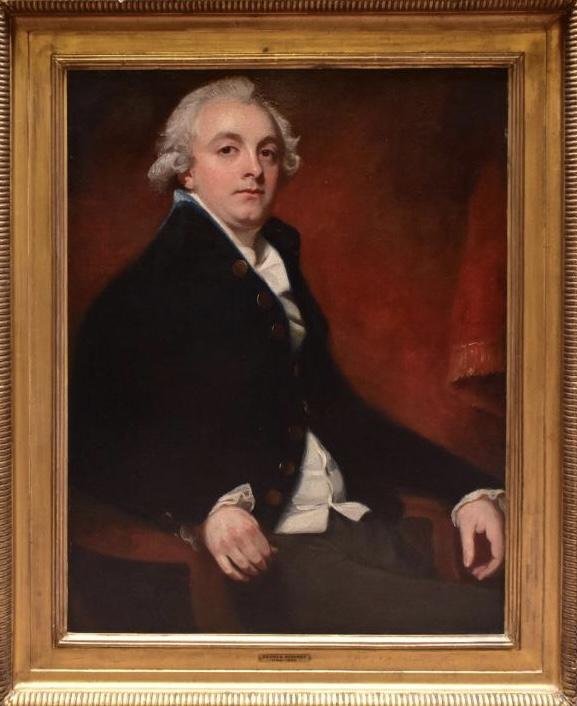 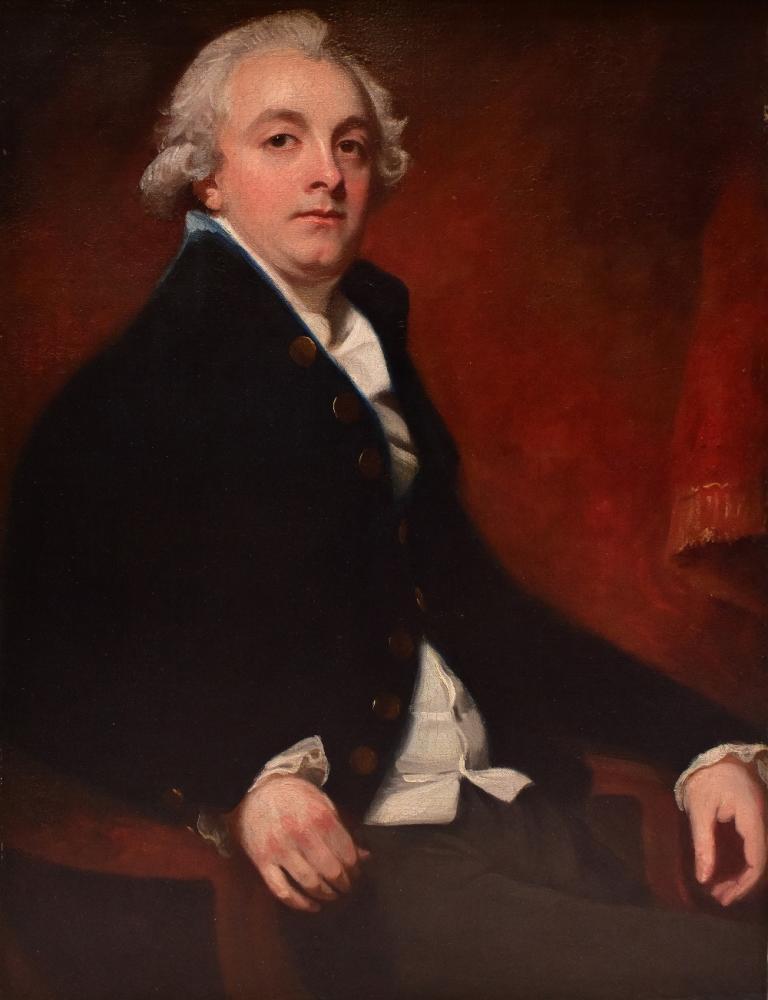 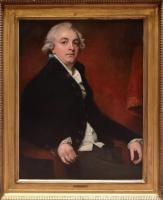 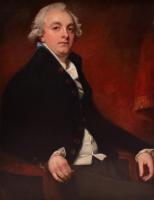 Portrait of Richard Oliver, three-quarter length, seated in a green velvet armchair, wearing a navy jacket with gold buttons over a white shirt and silk waistcoat. In the original 18th century Saunders frame.

Richard Oliver (1761-1821) was the son of Isabella and Thomas Oliver of Leyton in Essex. He was educated at Clare College, Cambridge and worked as an Antigua merchant and also for the East India Company. In 1799 he married Maria, the eldest daughter of the banker Nathaniel Brassey but had no children. They are recorded as residents of 25 Royal Crescent, Bath from 1815 until Richard Oliver's death in February 1821.
Maria went on to marry John Gordon (1774-1834) of Wincombe Park, Donhead St Mary near Shaftesbury.

Oliver had seven appointments with Romney between 2 and 22 August in 1791 and then requested that the picture be completed by 3 September, a deadline that Romney noted in his sitter book. On the 2nd, Mr Oliver called at Cavendish Square, found the picture ready, paid Romney's 35 guinea fee and took it away. It was framed by Saunders framers at a cost of £3 18s.

This portrait is listed in Alex Kidson's 2015 catalogue raisonné of George Romney as no.973, page 439.

Provenance:
By descent to the sitter's nephew, Nathaniel Brassey (d. 1880): by descent to his niece Mrs Charles Browning:
Christie's 15 December 1993
Christie's 15 November 1996 when bought by the present owner
Exhibited at the Leger Galleries of Bond Street, London, 'English Paintings', 1973

George Romney (Dalton in Furness 1734-1802 Kendal) was an English portrait painter, born near Dalton in Furness in Cumbria, the third of eleven children to John Rumney, a furniture maker and his wife Ann. (George later changed his name to the more aristocratic sounding Romney). When he was twenty, he left his father's workshop to become the apprentice of local artist Christopher Steele, who although had a reputation for being quite wayward in character, gave Romney a solid grounding in the techniques of painting and a liking for deep fresh colour which became a key characteristic of his work.

In 1762, Romney moved to London and by the early 1770's had established himself as a key rival to Joshua Reynolds as a portraitist and enjoyed extensive patronage, receiving commissions from aristocratic families such as the Grevilles and Lord and Lady Arundell of Wardour. In 1755, he leased a house in Cavendish Square in a fashionable part of London where aristocratic families were building properties and he worked for many society figures, including Lord Warwick and the Duke of Richmond. He met his favourite artistic muse, Emma Hart at Cavendish Square through Charles Greville who had commissioned her portrait (later wife of Sir William Hamilton followed by mistress of Lord Nelson), and he painted over sixty portraits of her in various allegorical, mythological and and literary poses. 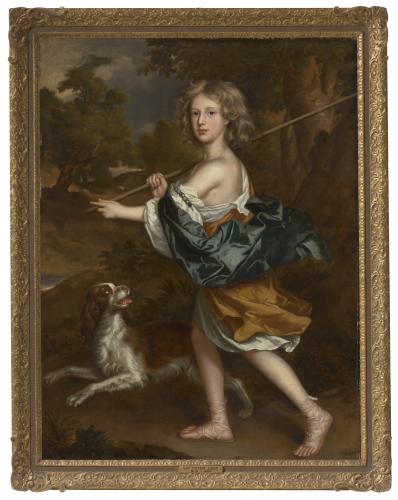 17th century portrait of a boy with his dog in an arcadian landscape, attributed to William Wissing
Isherwood Fine Art Ltd 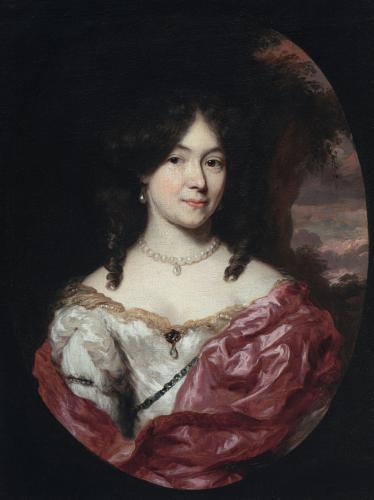 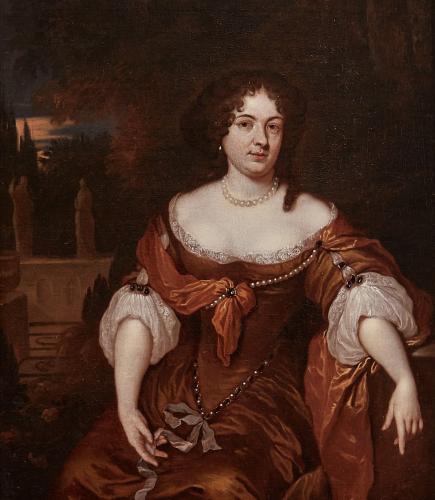