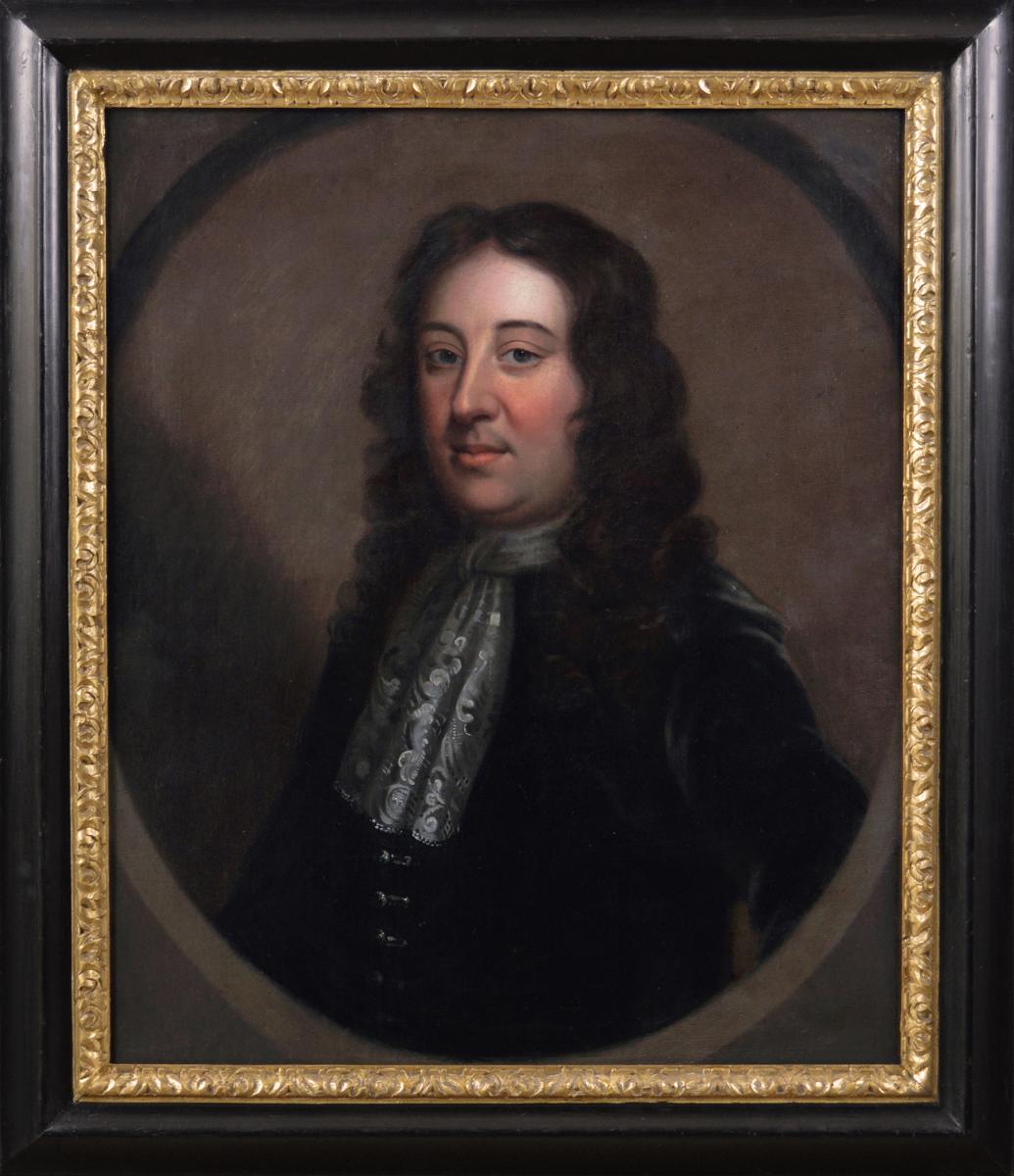 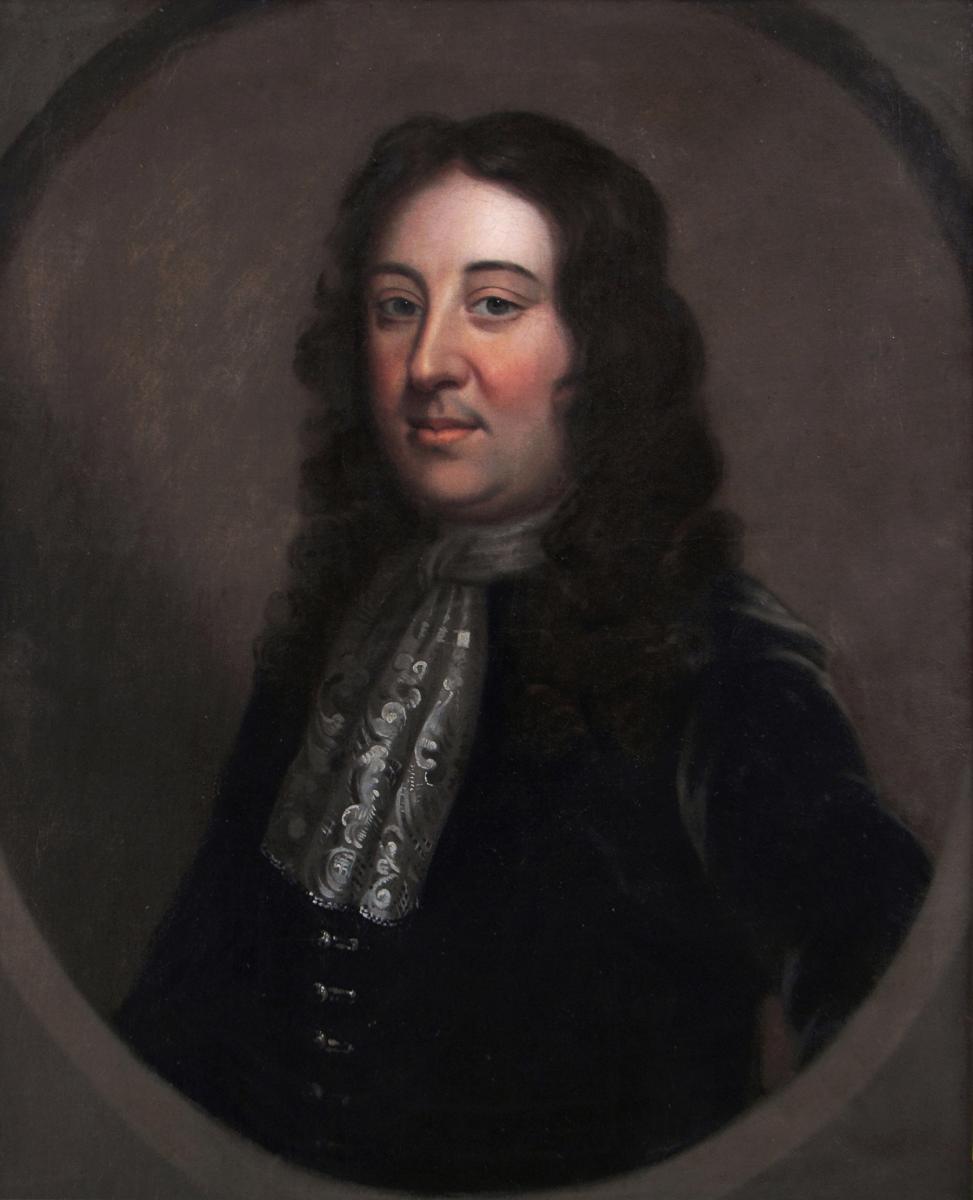 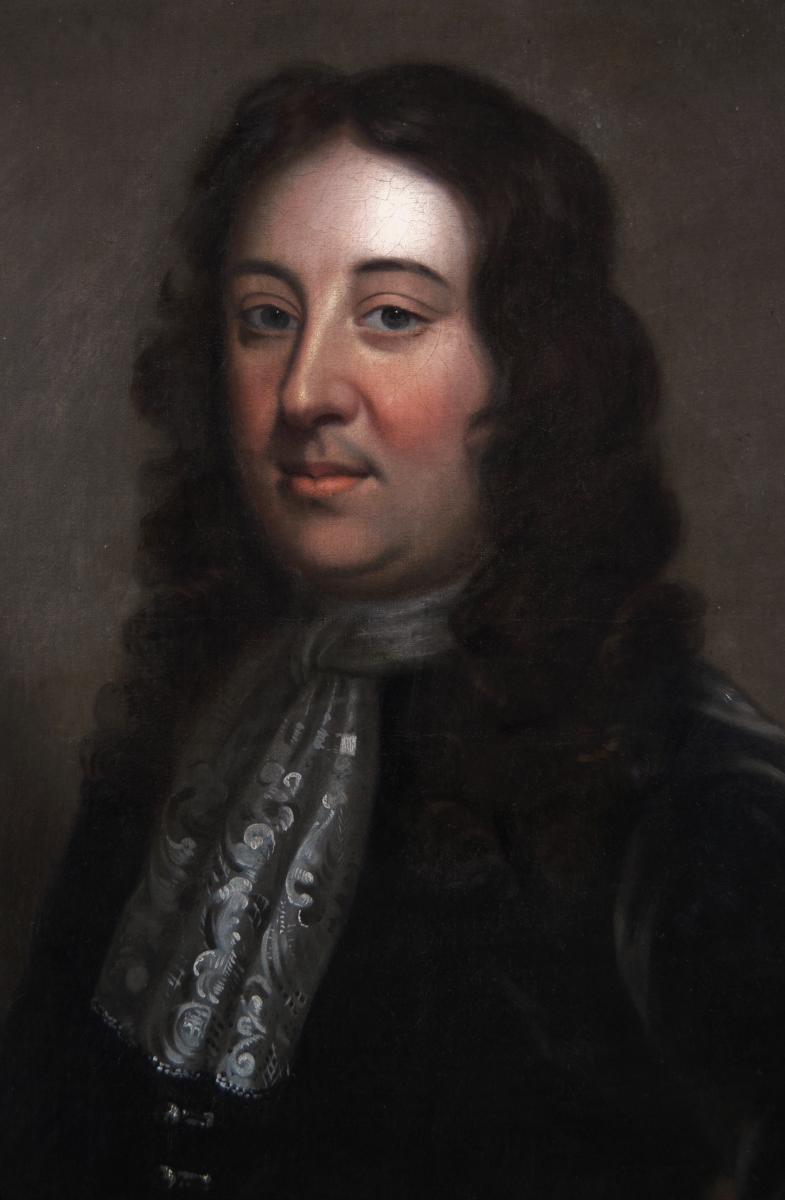 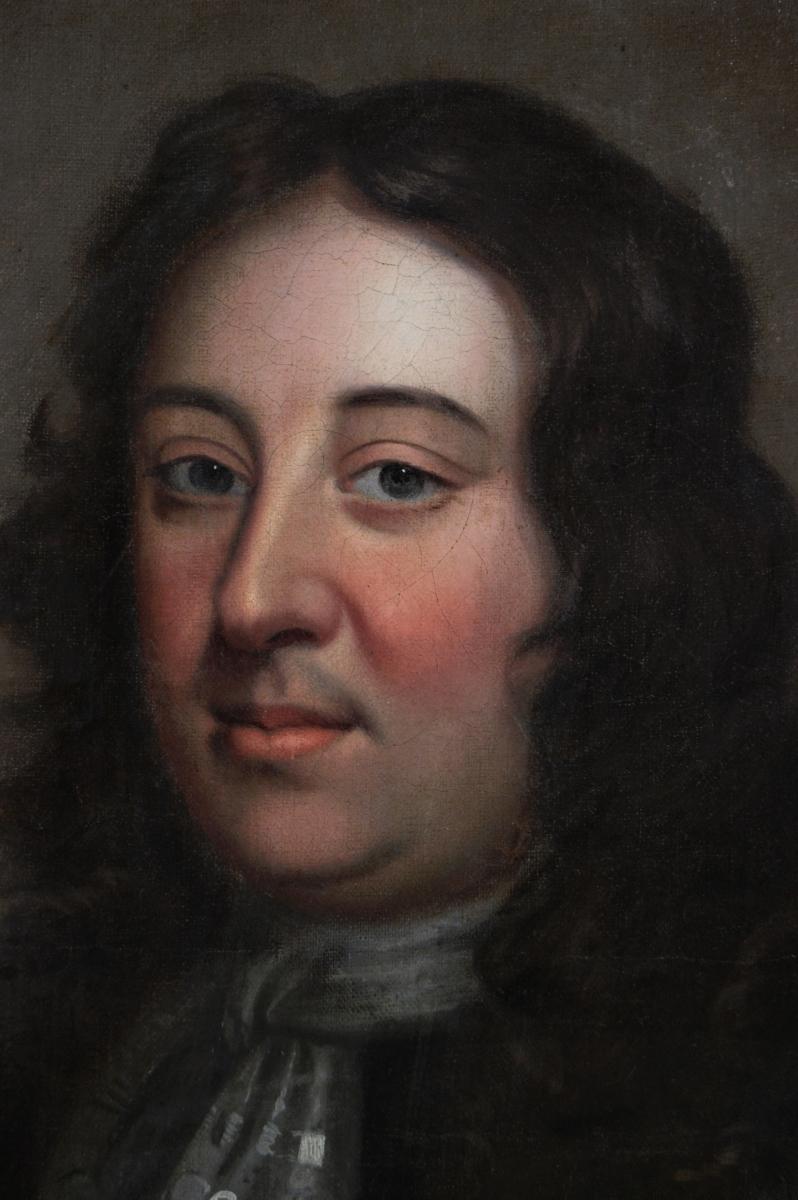 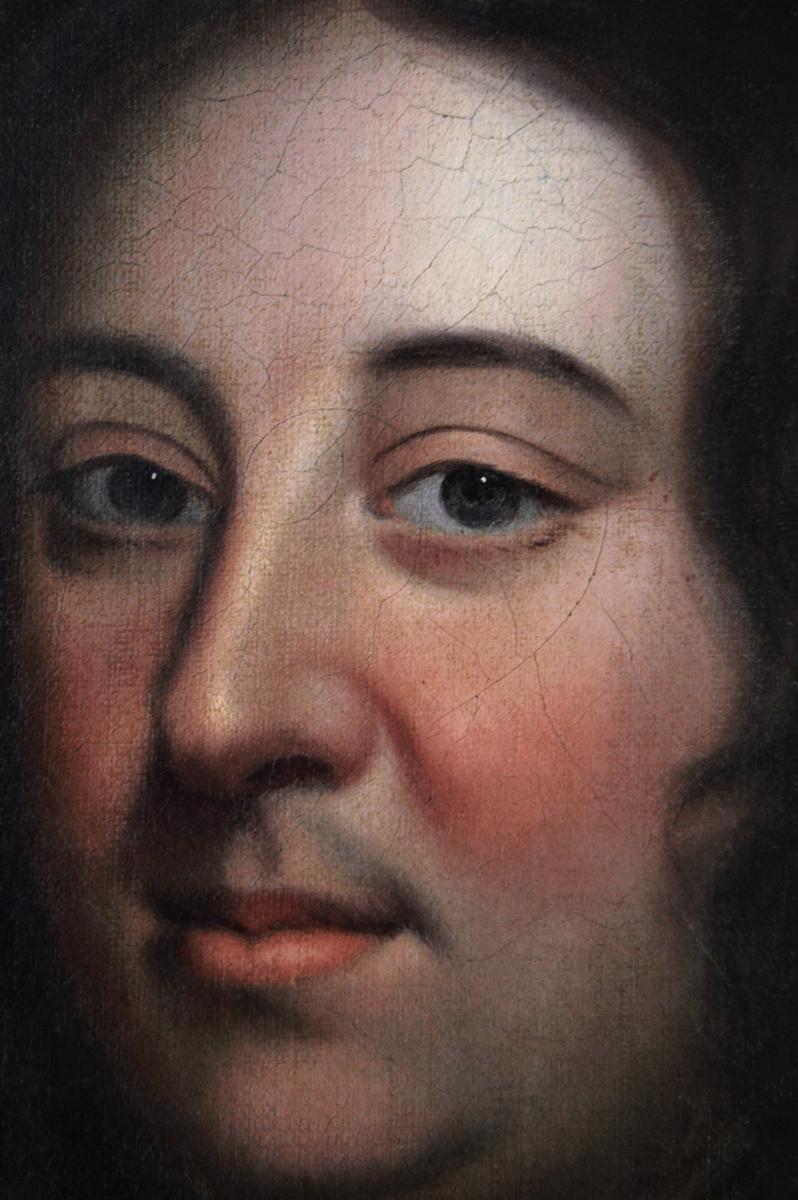 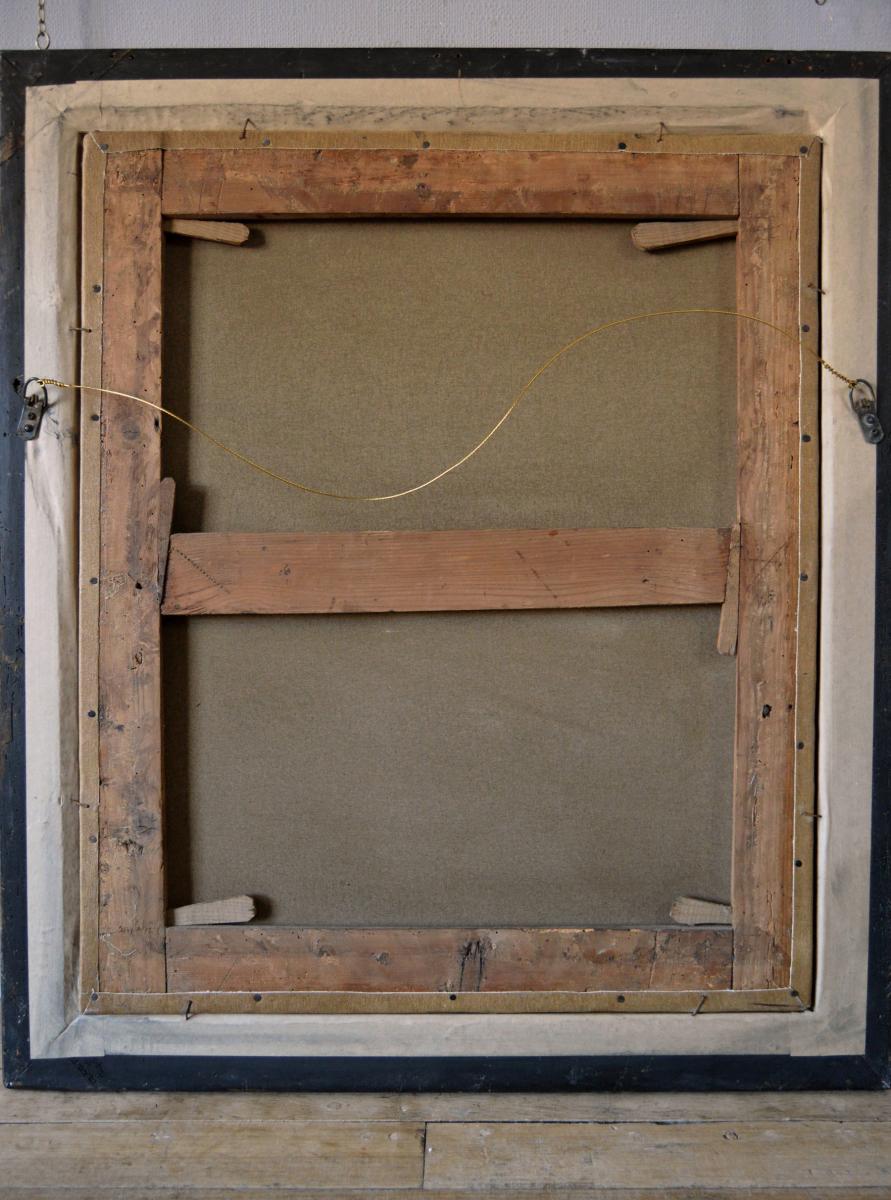 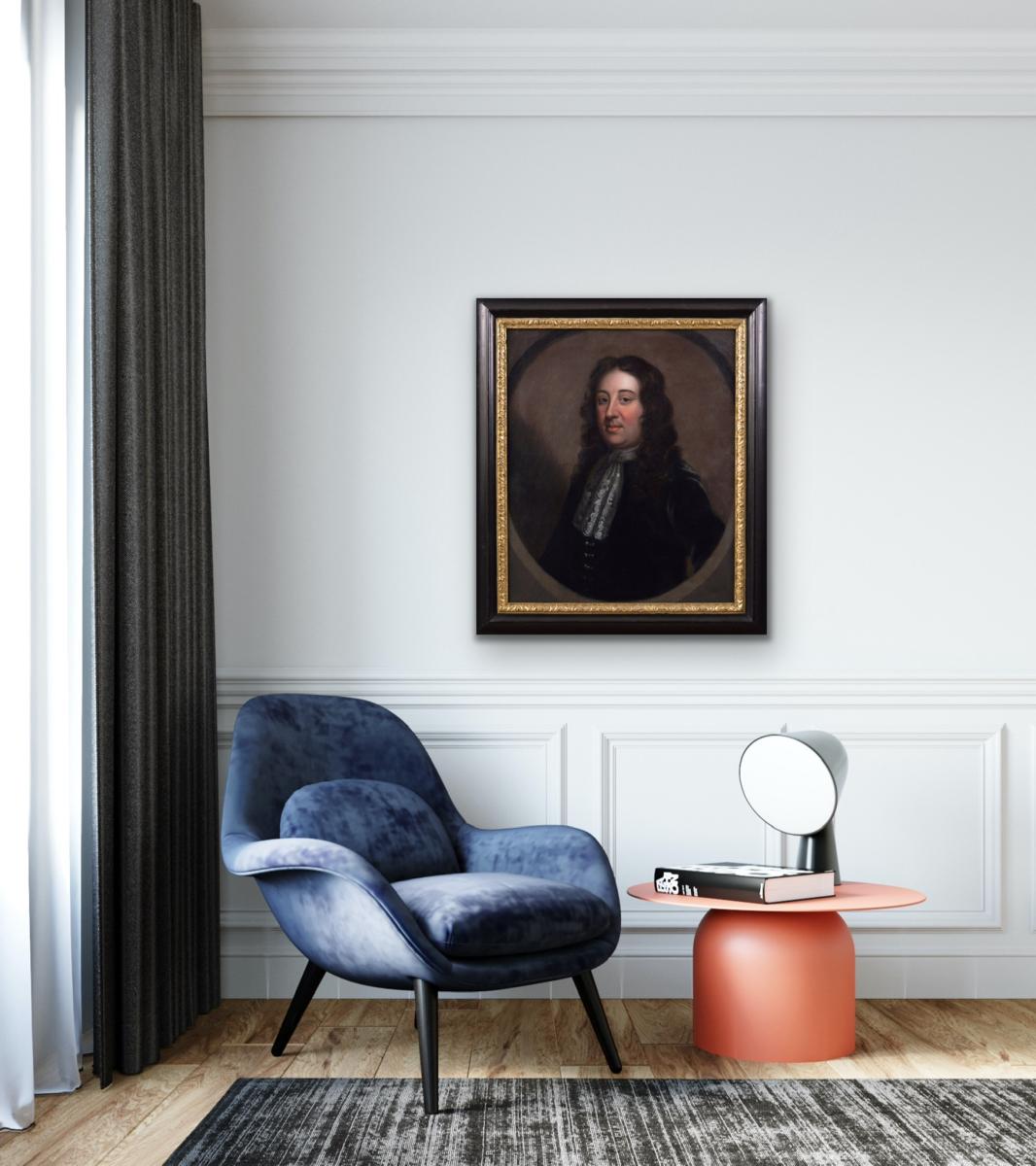 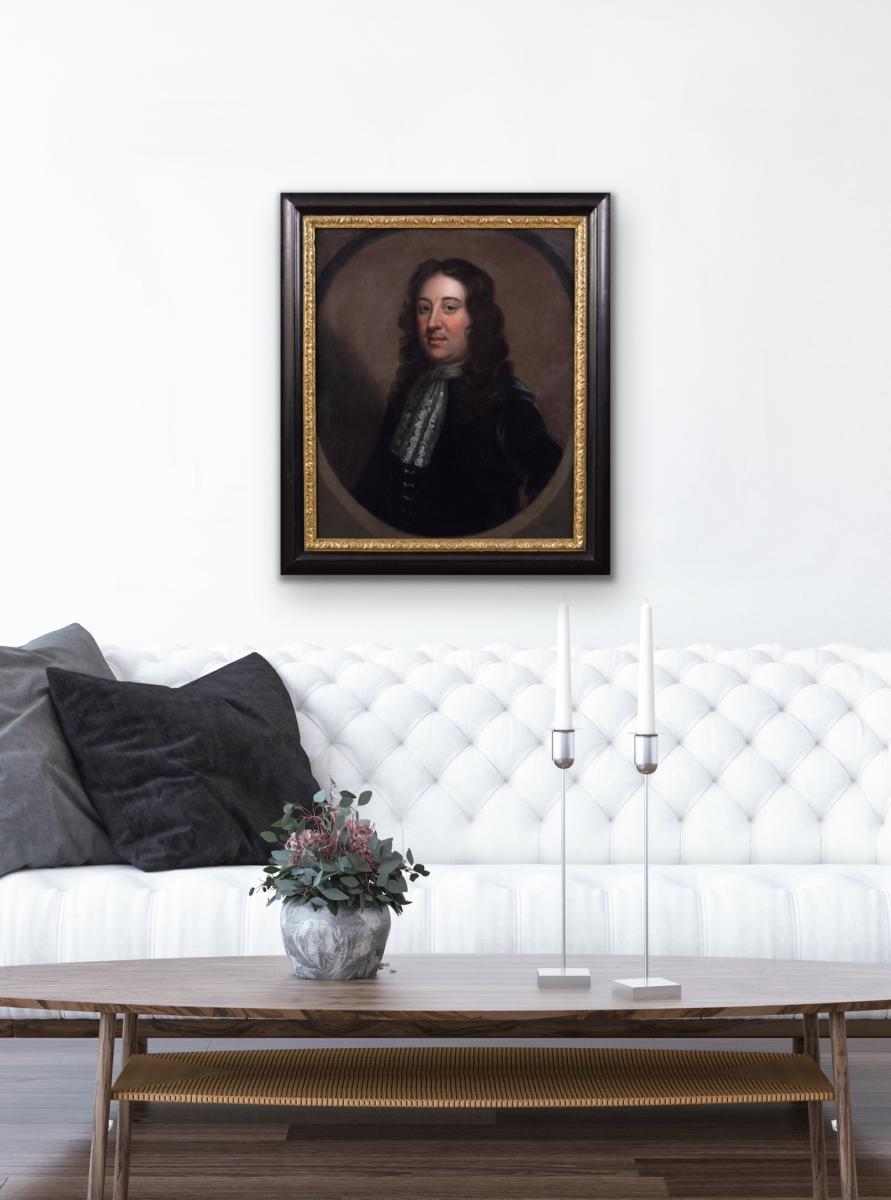 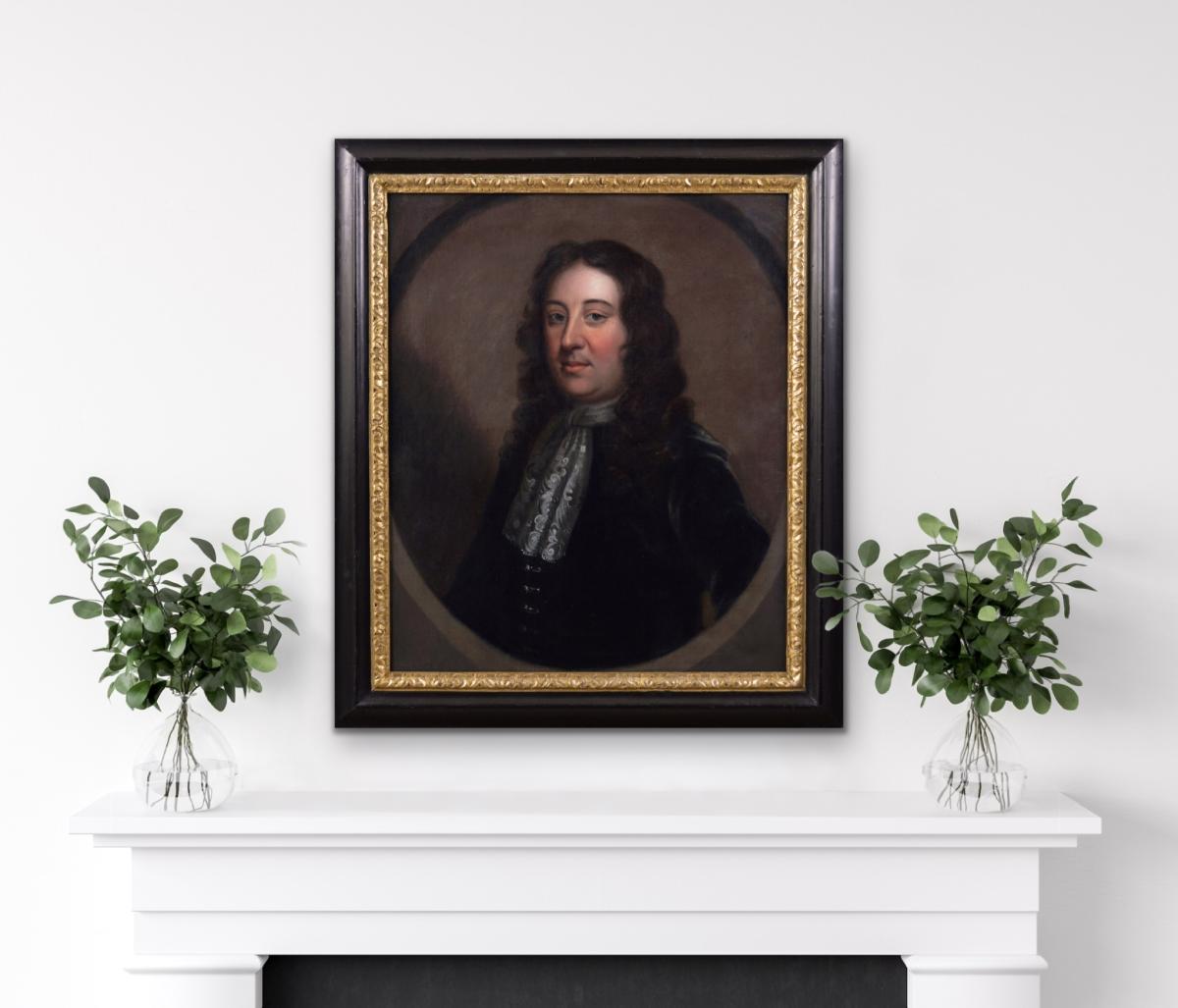 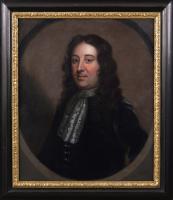 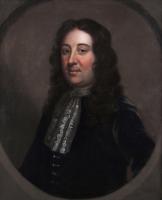 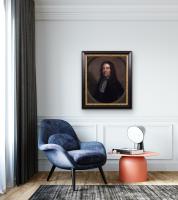 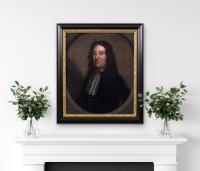 A fine half-length portrait of a gentleman set in a feigned stone oval, C1690, circle of John Riley. The sitter wears a lace jabot over a velvet jacket and is posed in a long dark wig, which was highly fashionable at the time. His bearing and pose indicate this is a gentleman of some standing and has been executed by an artist of great ability who has been influenced by John Riley.

John Riley or Ryley was born in London in 1646 the son of William Ryley, Lancaster Herald and keeper of the records in the Tower of London. He studied painting under Isaac Fuller and Gerard Soest and began earning his living painting portraits of courtiers and the nobility.
After the death of Sir Peter Lely he became one of the leading portrait painters of the day, gaining commissions from King Charles II and James II to paint portraits. He was later appointed Principal Painter in Ordinary, jointly with Sir Godfrey Kneller, to King William and Queen Mary. One of his pupils was Jonathan Richardson (1667–1745) who later married his niece. Riley died in 1691, and was buried in the church of St Botolph in Bishopsgate.
His work is held by a number of public collections including the Ashmolean Museum, Birmingham Museum, Bodleian Library, Christchurch College, Cromwell Museum, English Heritage, National Portrait Gallery, National Trust, Traquair House and Walker Art Gallery.

Presentation: The painting is housed in a period ebonised and gilt frame which is in excellent condition.
Condition: As with all of our original antique oil paintings, this work is offered in ready to hang gallery condition, having been professionally cleaned, restored and revarnished.