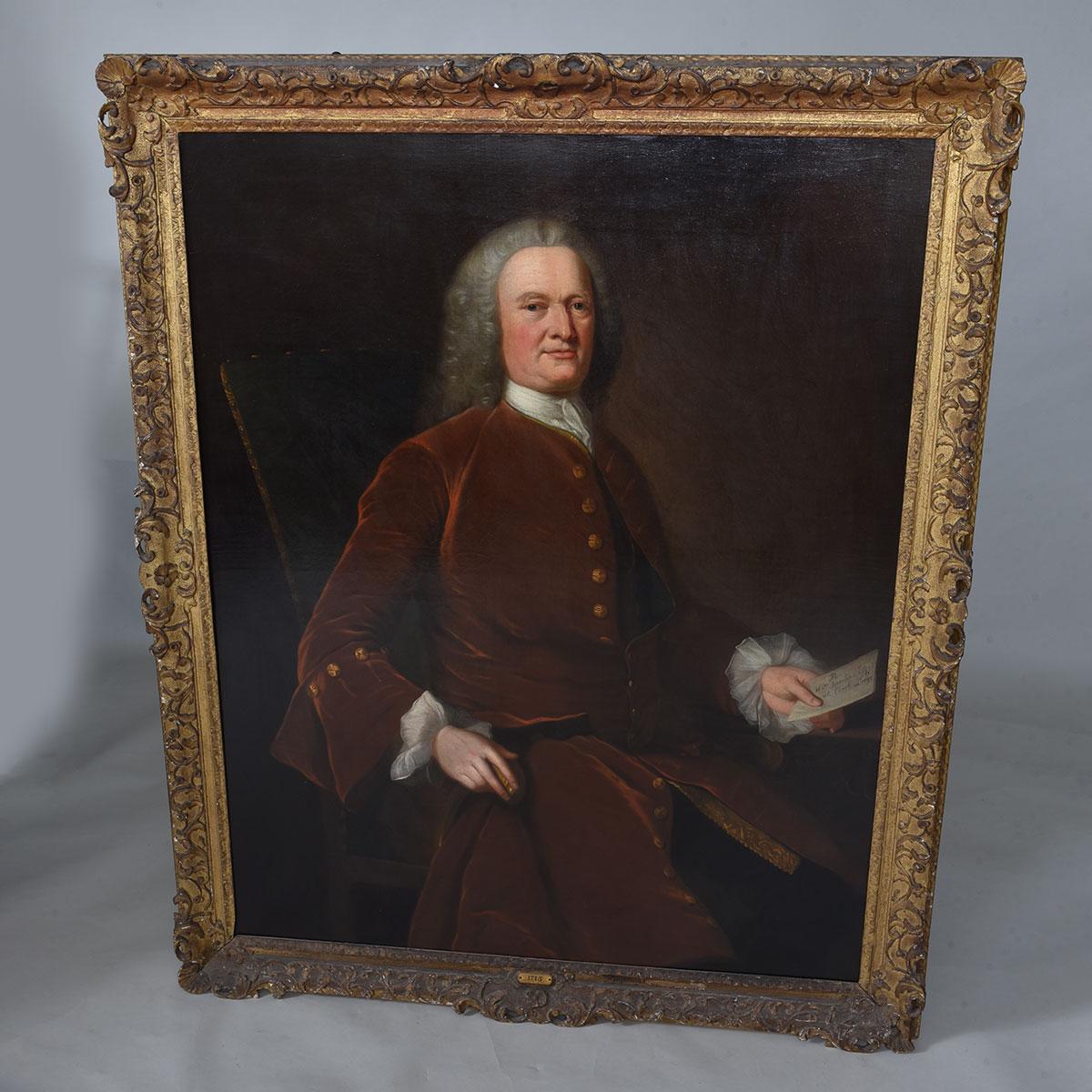 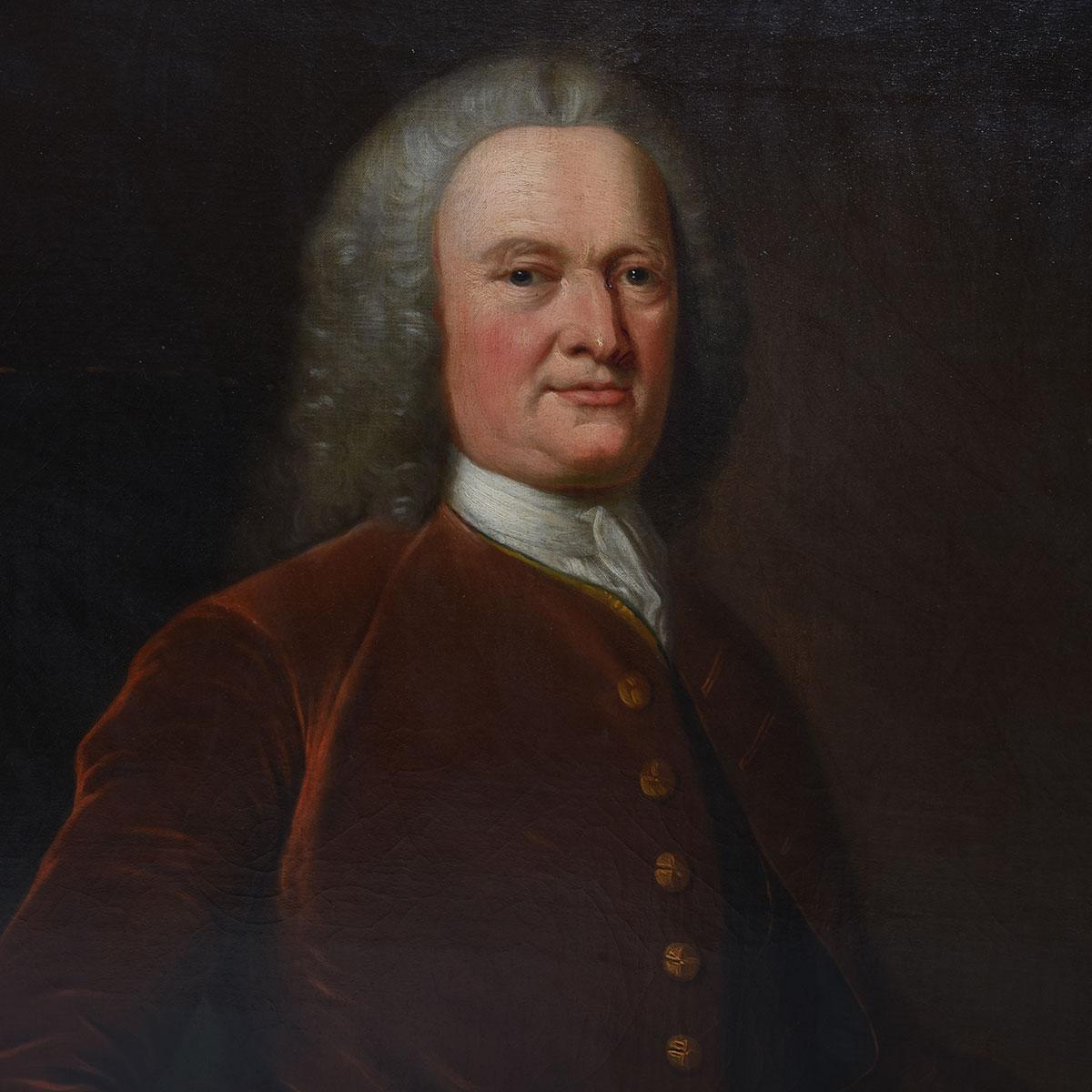 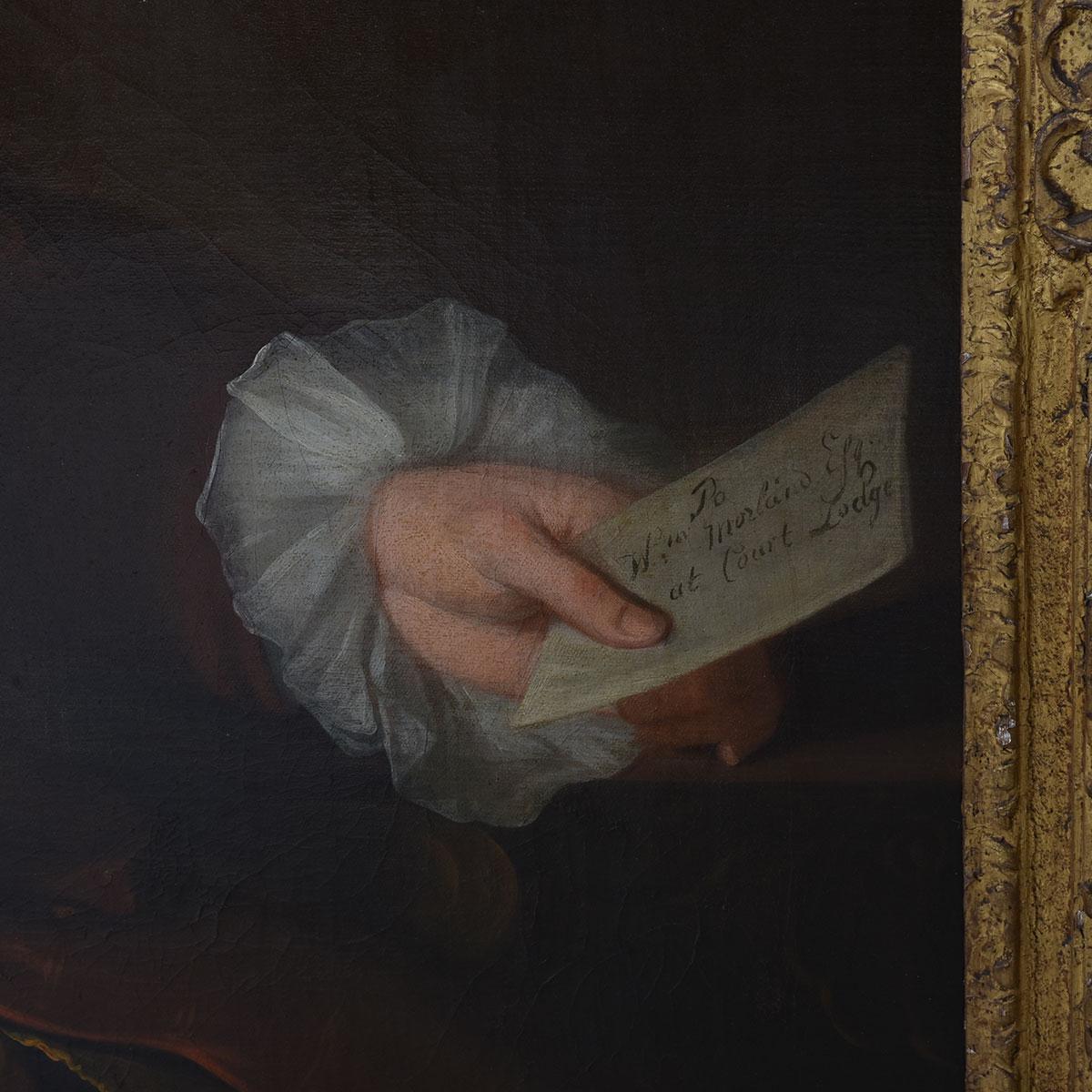 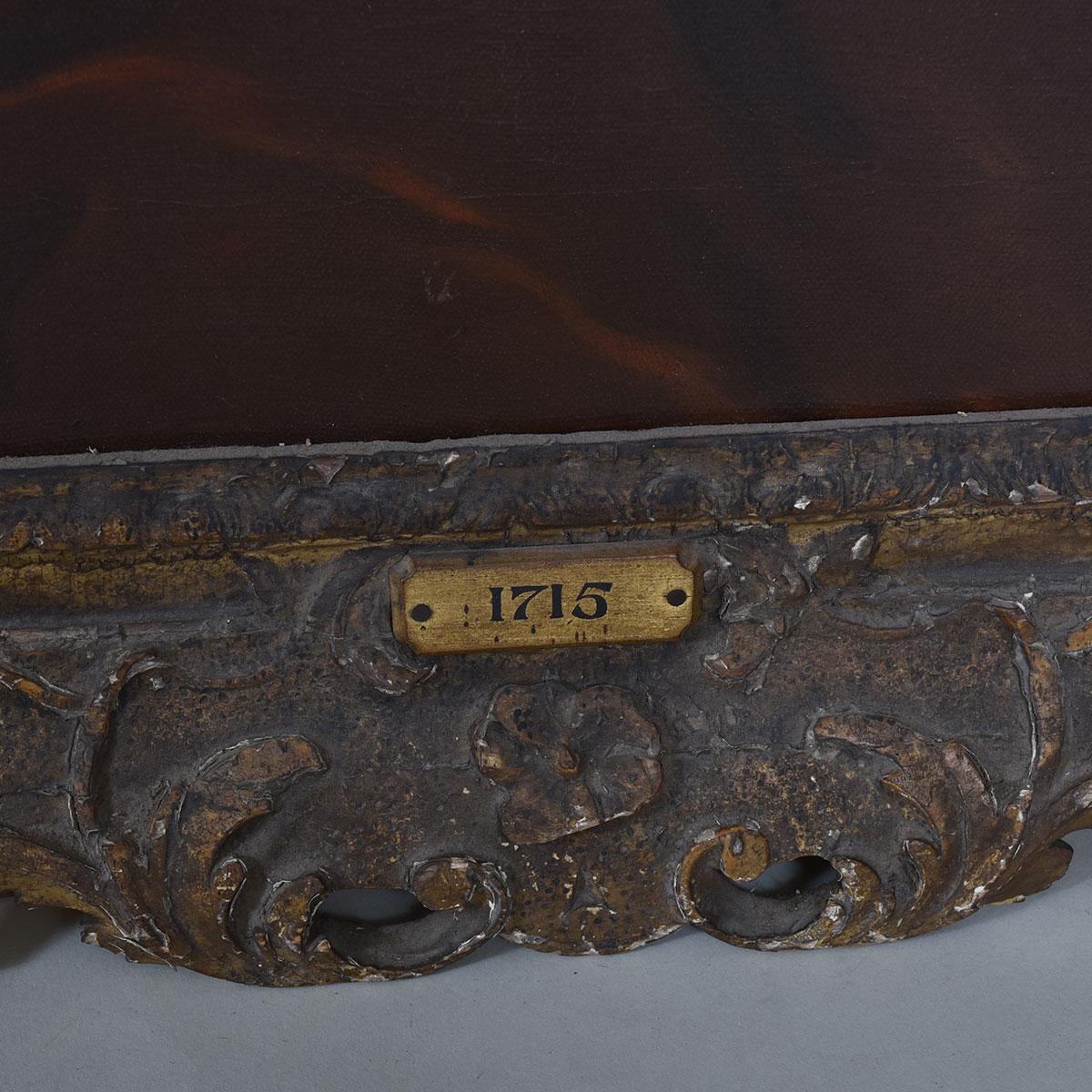 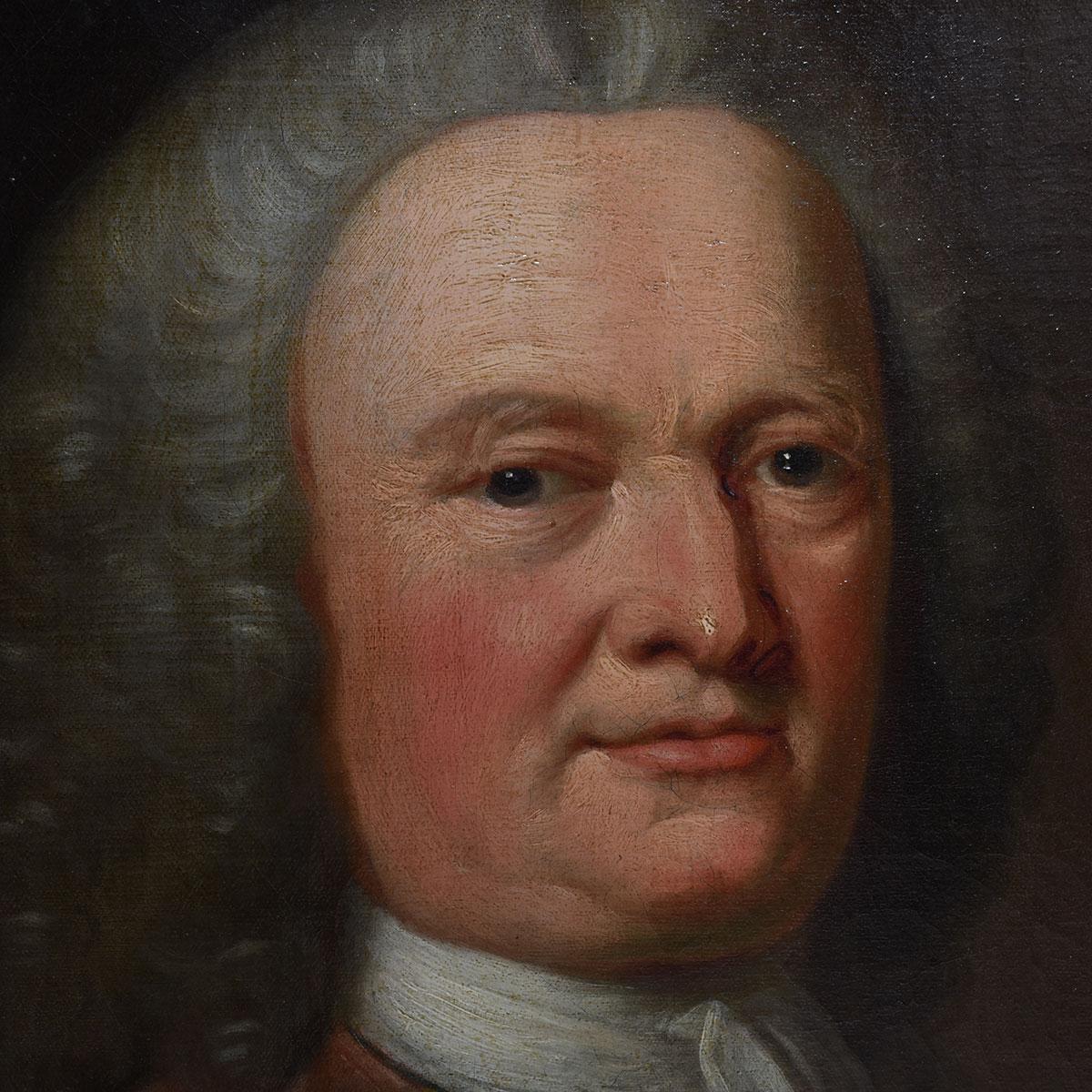 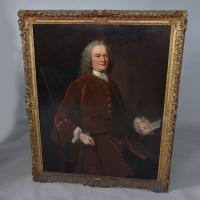 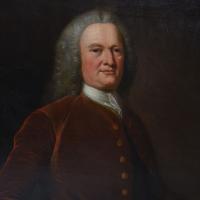 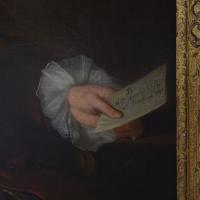 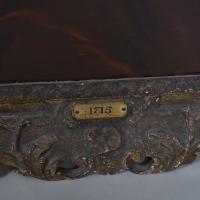 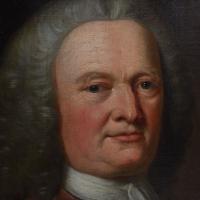 Portrait of William Morland Esq (1692-1774). Circle of Thomas Hudson (1701-1779). William Morland is shown holding the deeds to Court Lodge and inscribed on the letter in the sitter’s left hand.

William Morland of the village of Morland in Westmorland purchased Court Lodge in 1733. He demolished the existing house and rebuilt it in the Queen Anne style in stone quarried from the ground. The Morland family became the Lords of Lamberhurst Manor and remained so until 1935.

Thomas Hudson was considered, along with Allan Ramsay, to be one of the most fashionable and accomplished painters of portraits in London during the period 1730-1740. 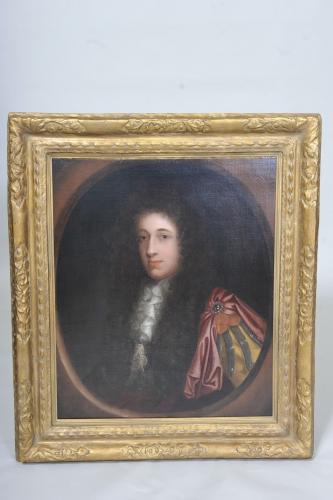 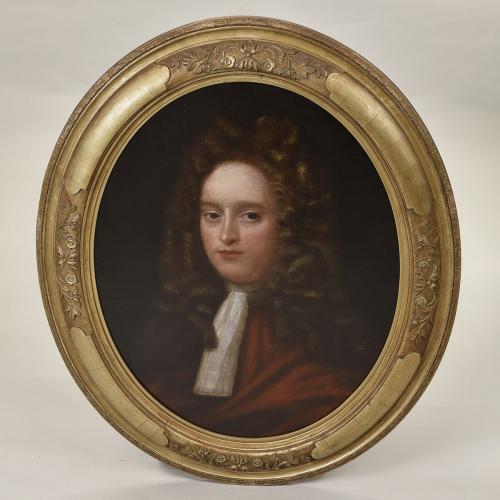 Portrait
Elaine Phillips Antiques Ltd
View all from this dealer