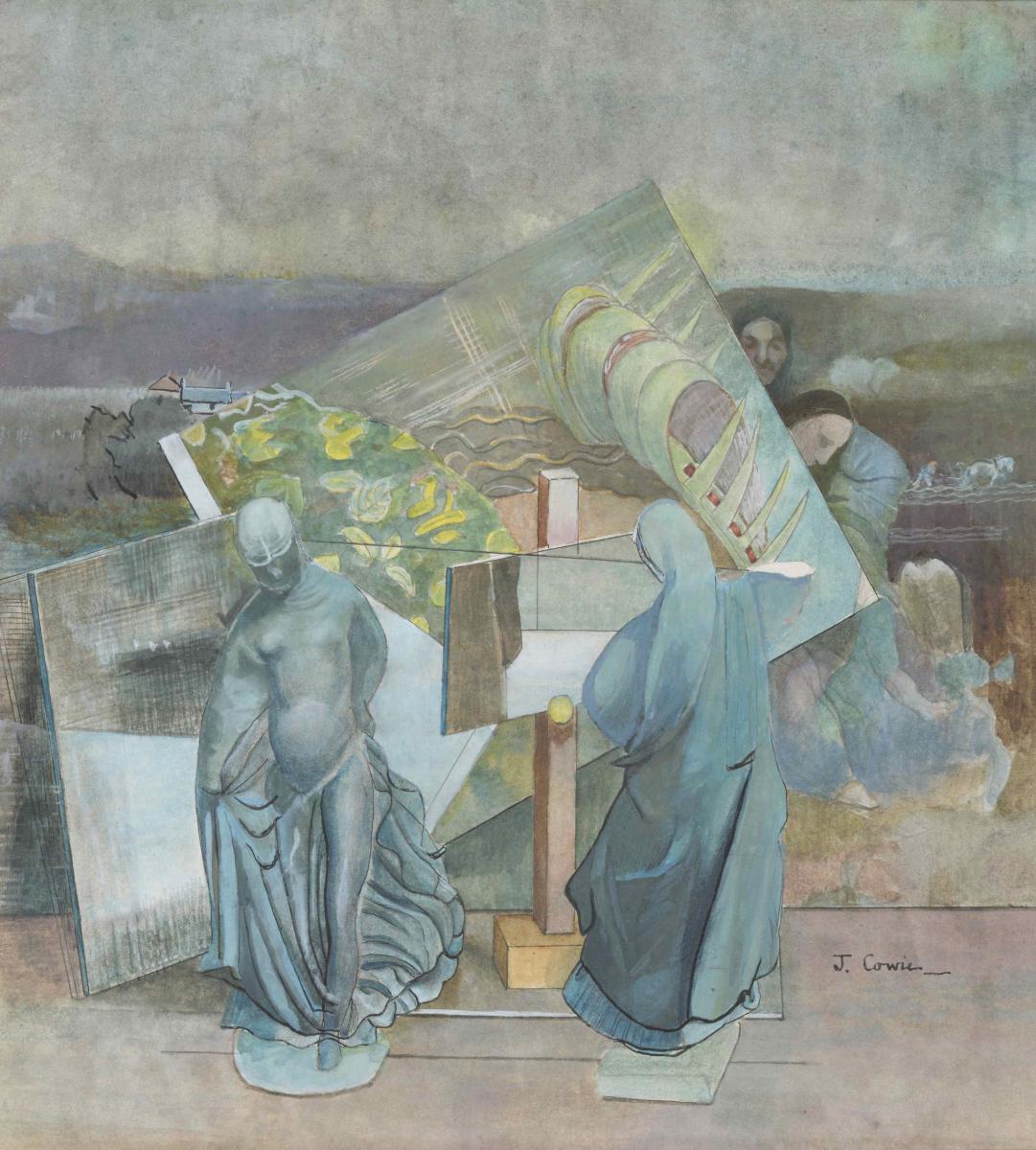 Throughout the 1940s Cowie developed an interest in Surrealism and began to experiment with perspective in his works. He took his subjects from what he saw around him, often including the classical busts in the collection of Hospitalfield House where he was Warden or his own Tanagra Figurines, a favourite prop.

This work was one of a series of compositions he made in the 1940s in which he imitates the effects of a collage. Built up of layers it consists of two figurines posed in front of a landscape 'postcard', all before a backdrop resembling an early Renaissance fresco. In later compositions the Tanagra figures and still life objects are positioned in front of the landscape of his Aberdeenshire boyhood, marrying the classical world with the landscape of his youth.

Within this composition Cowie has included sheets of glass, the reflective surface creating an illusion of reality, but also mystery. This ability to infuse the ordinary with a sense of the mysterious was something he shared with John Nash, an artist he greatly admired.