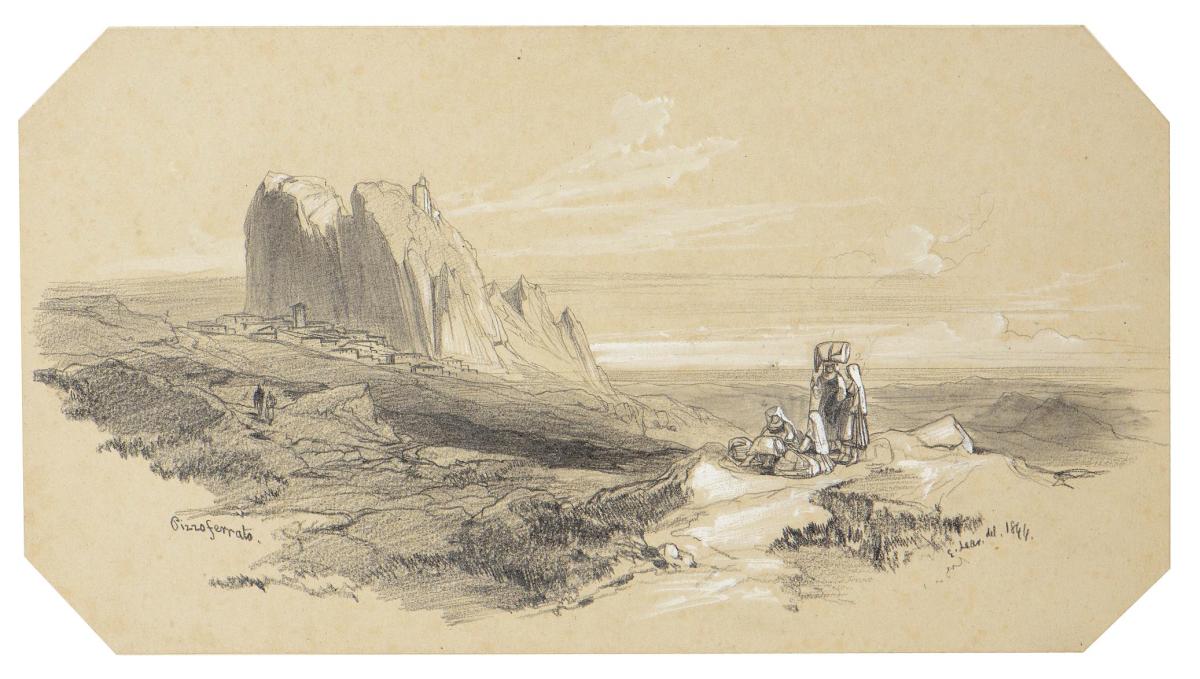 Black chalk and pencil heightened with white on buff paper, with corners cut.

`Towards noon, a long and bare ascent, brought us to Pizzo-ferrato, (in the province of Chieti, or Abruzzo Citeriore,) when we were glad to take shelter during a violent storm of hail and thunder.

It is a most romantic village, at the foot of an isolated rock crowned by a convent; nothing can be wilder or less interesting than the treeless country immediately around this place, nor more superb than the endless view over ridges of purple hills crowned by little towns, forming as it were, a continuous plain down to the shores of the Adriatic.’ (op. cit., p.99). 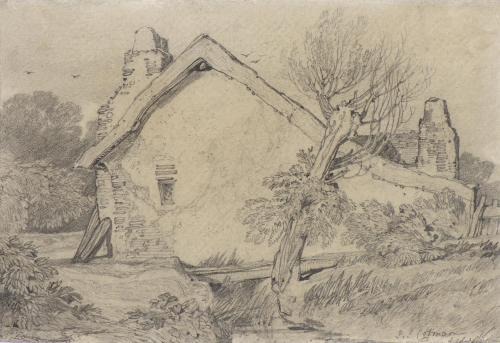 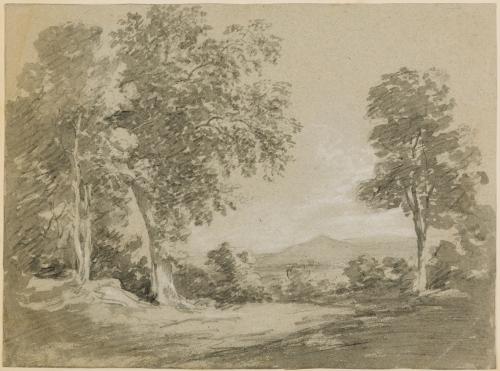 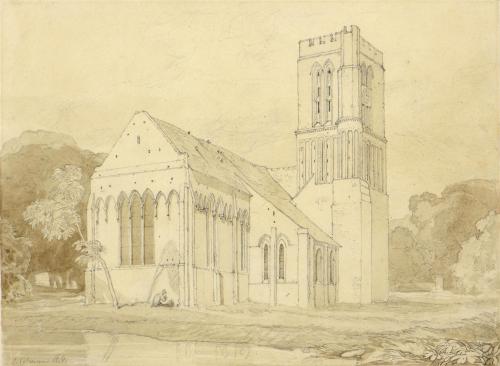