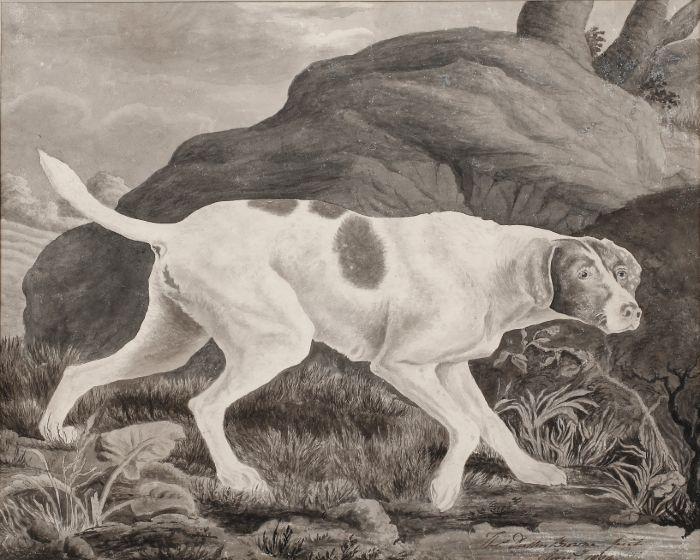 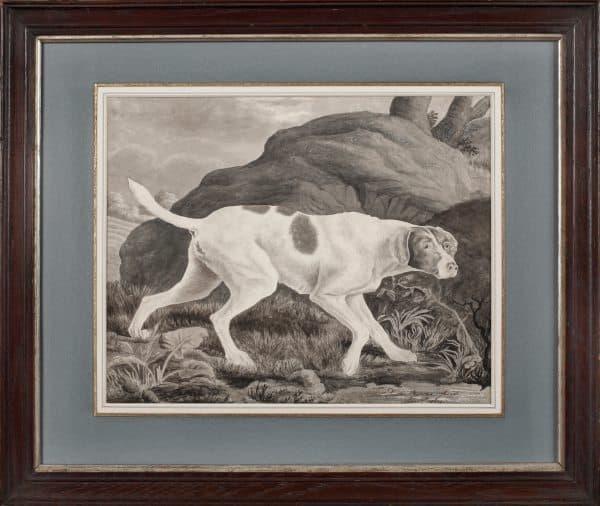 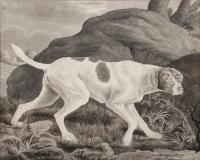 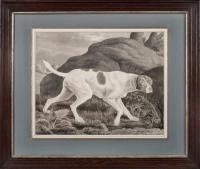 Phillis, a pointer in a landscape

Grey wash over traces of pencil.

Inscribed on label attached to backboard: This pointer belongd to Lord Clermont/It was greatly admired and distinguished

William Henry Fortescue, the Earl of Clermont (1722-1806) was an Irish politician and MP for Louth and Monaghan. He married Frances Cairnes Murray, a daughter and co-heiress of Colonel John Murray, MP, by whom he had an only daughter, Louisa Fortescue.

He was created Earl of Clermont in 1777 and a Knight Founder of the  Order of St Patrick on 30 March 1795. He was a well-known Francophile and a man of the turf, known in racing circles as  the Father of the Turf, and a patron of George Stubbs in the 1780s.

Lord Clermont had a country estate in Norfolk where he built Clermont Lodge at Little Cressingham as a shooting box.

An oil of Phillis was painted by George Stubbs and is now at Temple Newsam House, Leeds. Benjamin Green (1739-1813) engraved the portrait in mezzotint in 1772. The present drawing has differences in the foliage and background from this, although it would seem to be based on the mezzotint.

A further mezzotint of Lord Claremont together with Phillis was engraved, probably after Thomas Hudson.(https://www.npg.org.uk/collections/search/portrait.php?mkey=mw35561&rNo=).