Parts for a Klinger globe 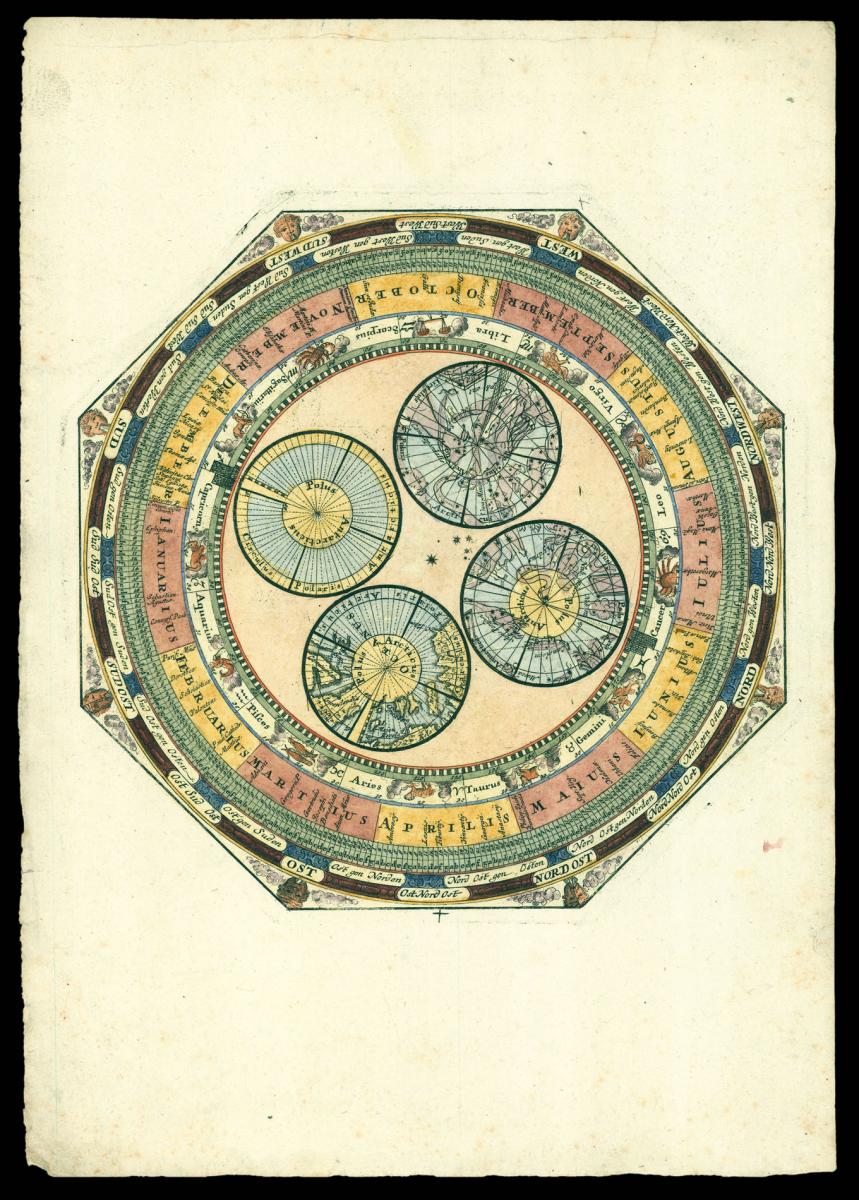 Title Broadsheet: parts of a globe

Johann Georg Klinger (1764-1806) was the most prominent globe-maker of his time. An art dealer and publisher, he founded his workshop in the 1790s and worked in collaboration with the engraver Johann Bernhard Bauer (1752-1839). The globes they offered were available in different languages and sizes.

At first, Klinger improved the globes of an earlier manufacturer, Johann Philipp Andreae (c.1700-after 1759), and later, between 1790 and 1792, he produced his own pair of globes with the latest discoveries of Cook and the astronomer Charles Messier. After Klinger's death, the firm was continued by his widow under the name 'J. Klinger's Kunsthandlung'.

The present broadsheet provides some of the elements required for the construction of a 5½ inch globe.