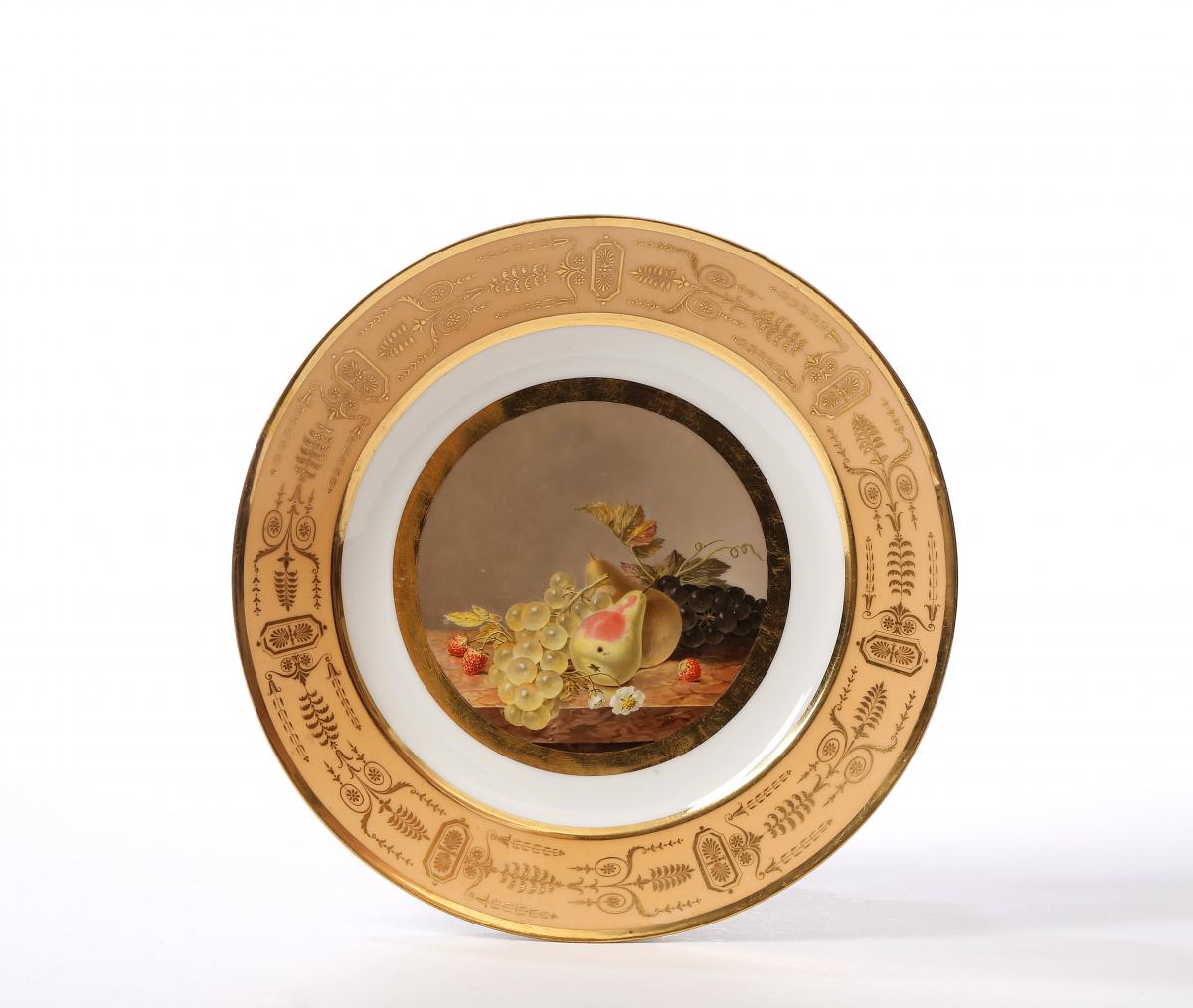 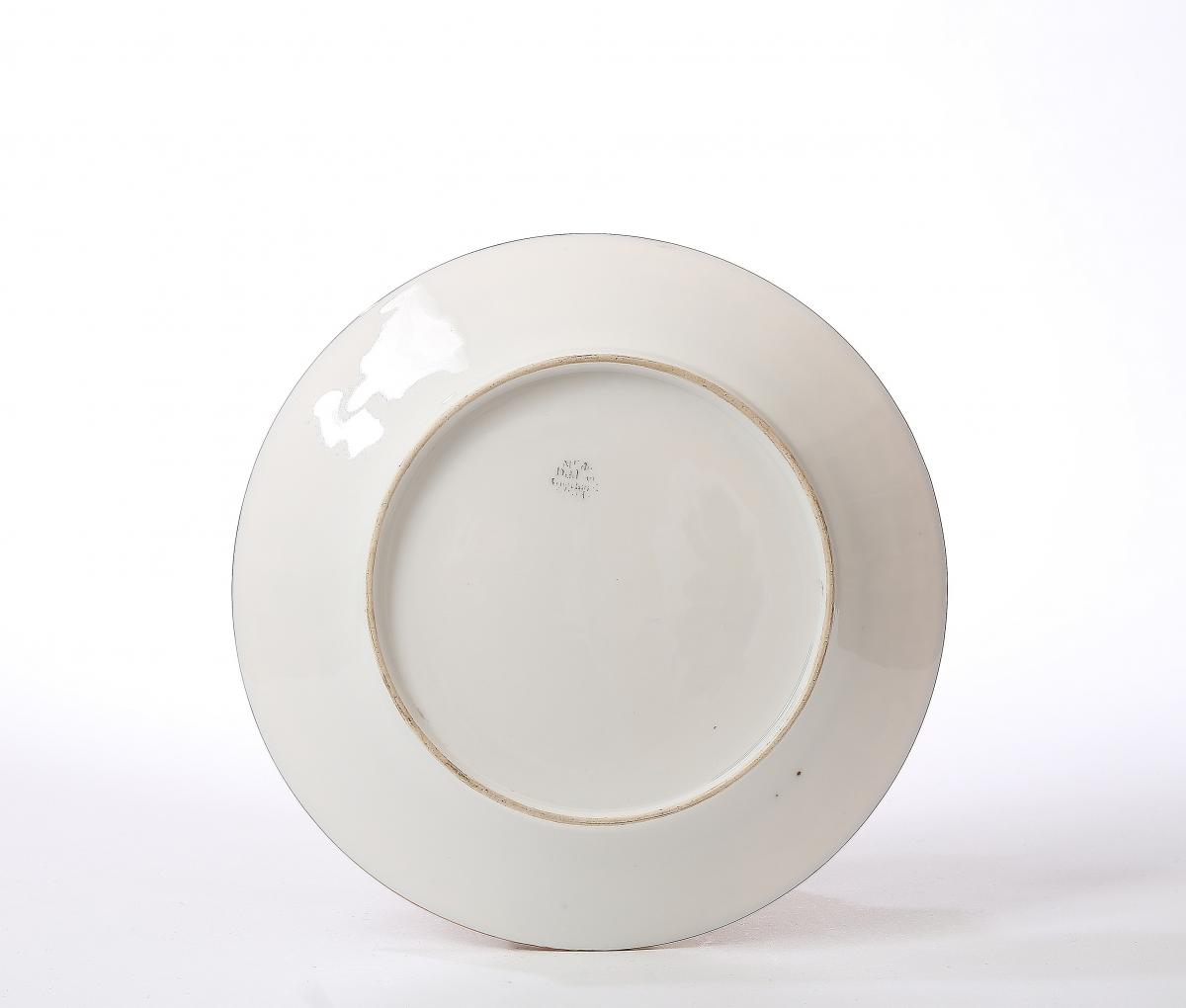 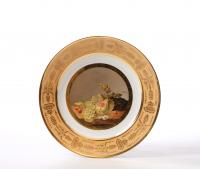 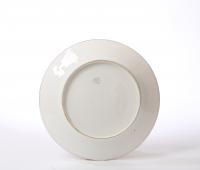 Painted with pears, grapes and wild strawberries with a border of anthemion ornament on an apricot-coloured ground.

Two similarly marked Dihl and Guérhard plates probably by the same hand in the British Museum are said to have come from the William Beckford Sale at Fonthill in 1822. A number of cups and saucers in this collection were described as being by ‘Van Spandonck, in a style of peculiar excellence’, (see Dawson p. 364 note 1). This refers to Gerard and Cornelis van Spaendonck, Dutch artists from Tilburg working in Paris. Cornelis van Spaendonck was in charge of the porcelain factory in Sèvres but there is no record of him having worked at other factories.

Plinval de Guillebon notes that this mark was in use from the époque révolutionaire to 1797.