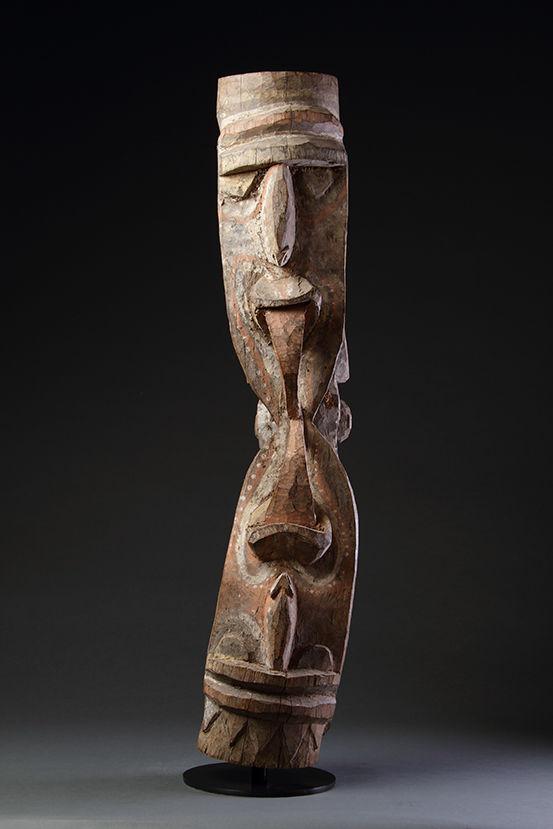 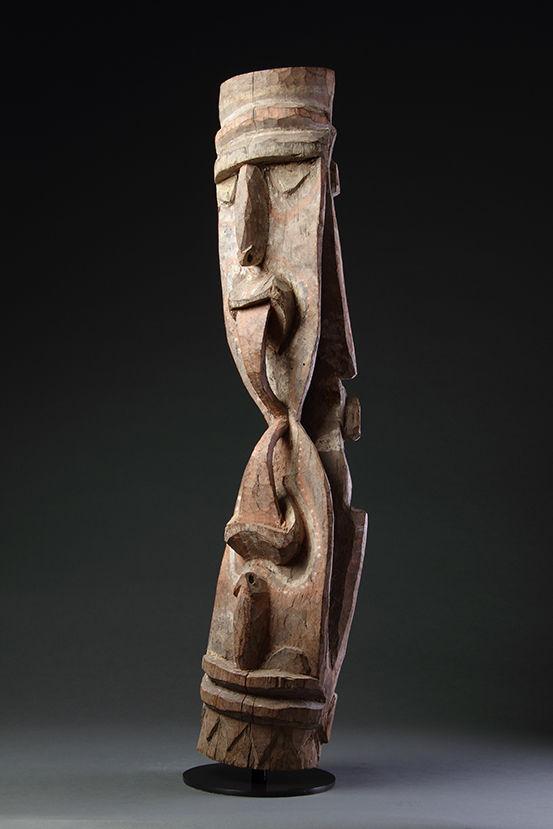 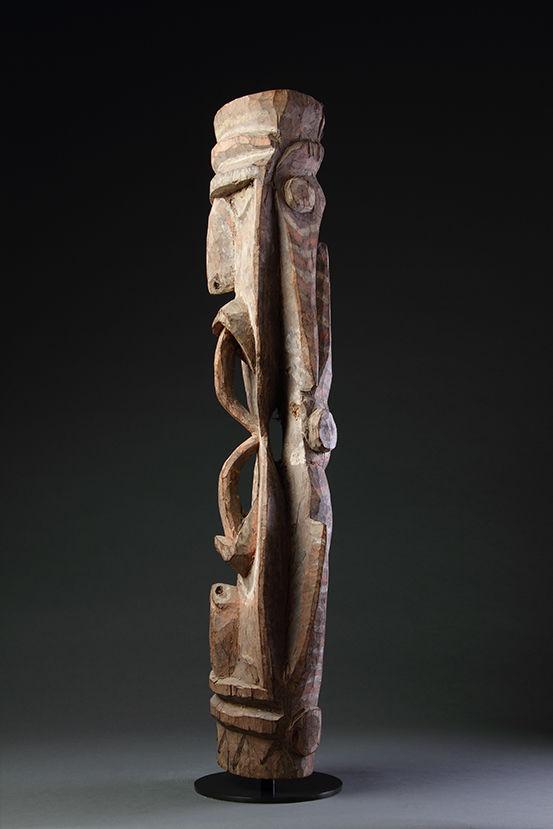 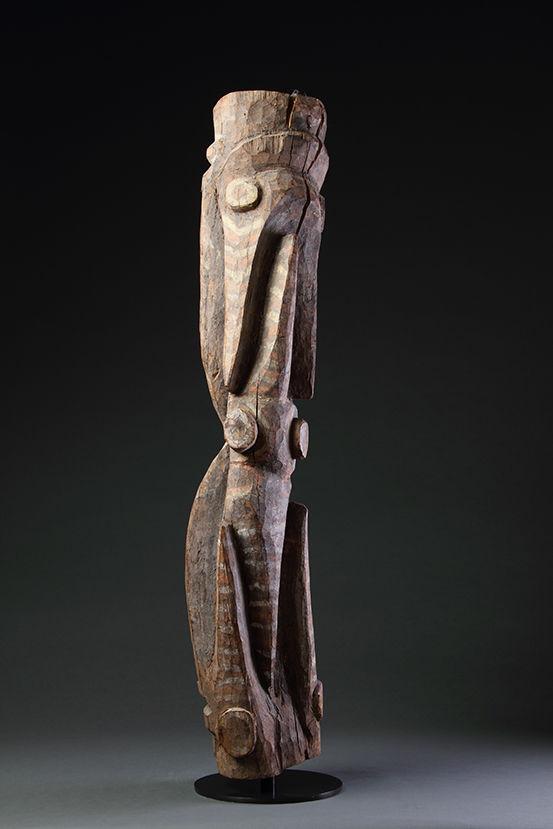 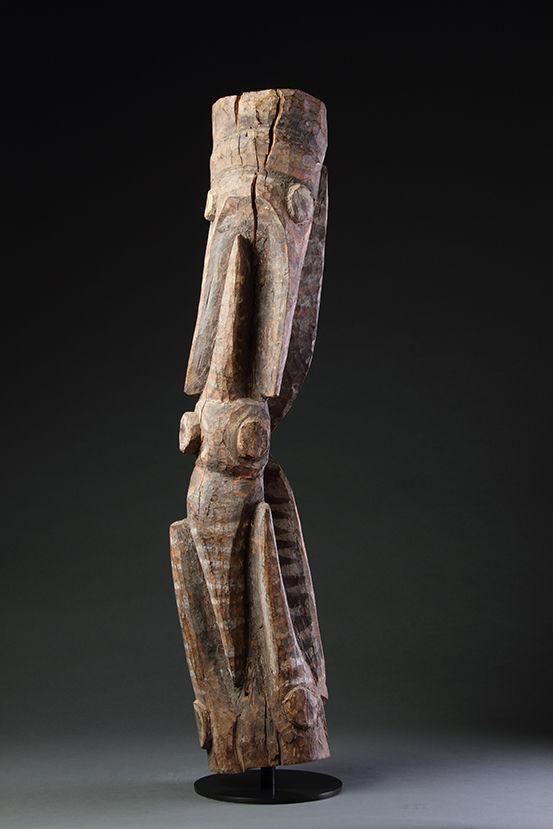 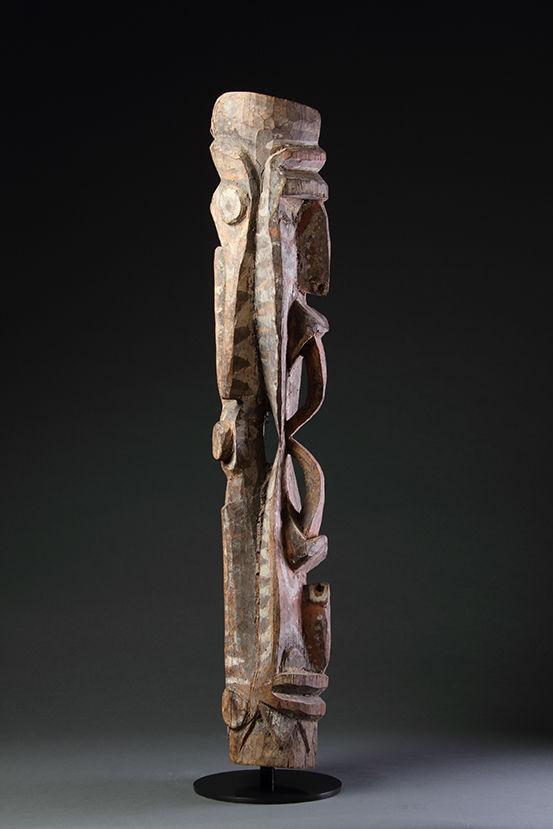 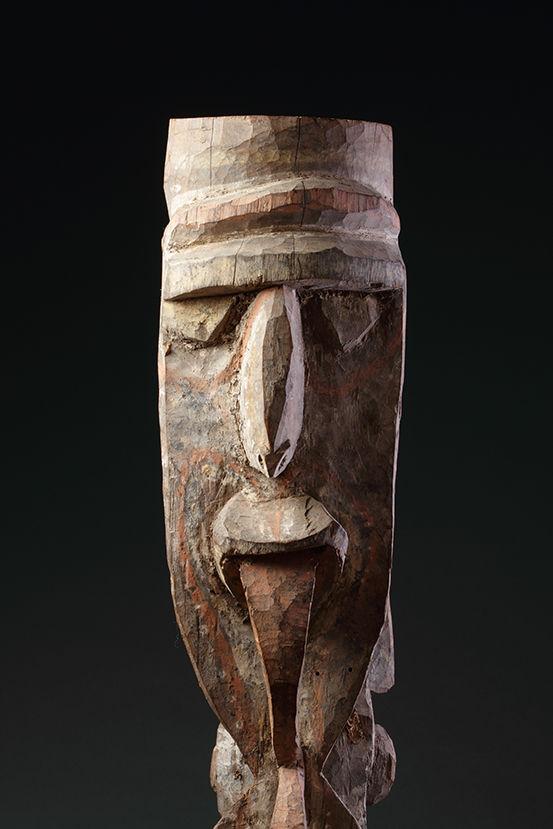 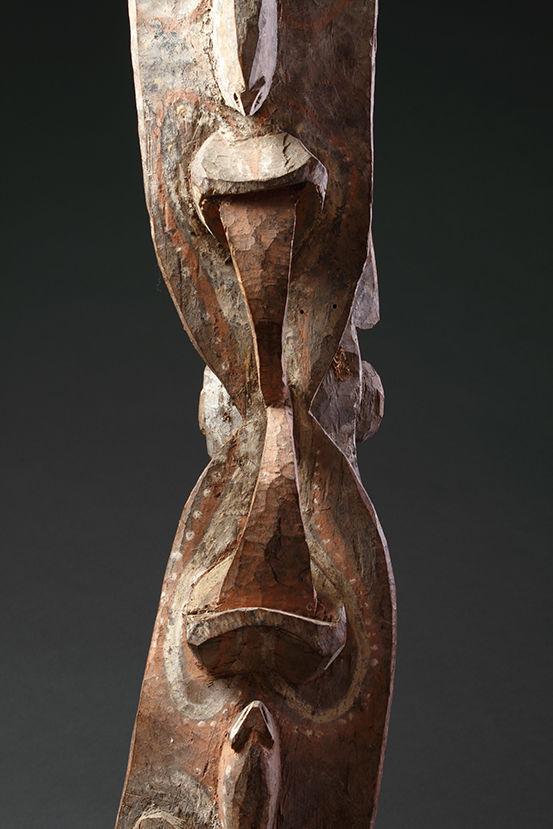 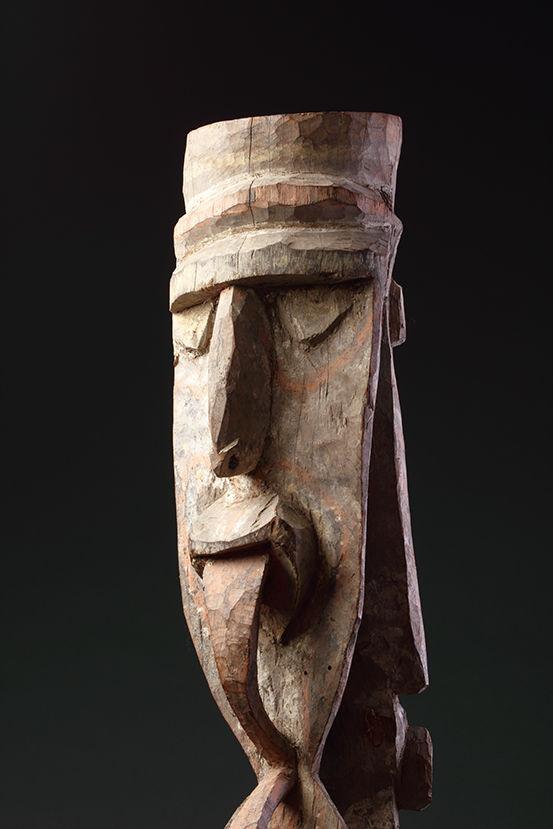 Traces of decoration in red ochre and white clay

Although in the Middle and Lower Sepik regions women are valued and esteemed, and hold a great influence over daily life, they are almost never involved in a ceremonial context.

The large square in the centre of each village is a major symbolic axis where one to three ceremonial houses stand which are entirely reserved for initiated men.

These ‘men’s houses’ are where the ancestors live in a time and world of their own, and represent the centre of all ritual and political power. It is where all adult males interact, and are organised into groups according to age and initiation.

It was only in 1886 that the first Europeans travelled up the Sepik river and Papua New Guinea became known as ‘Kaiser Wilhelmsland’.