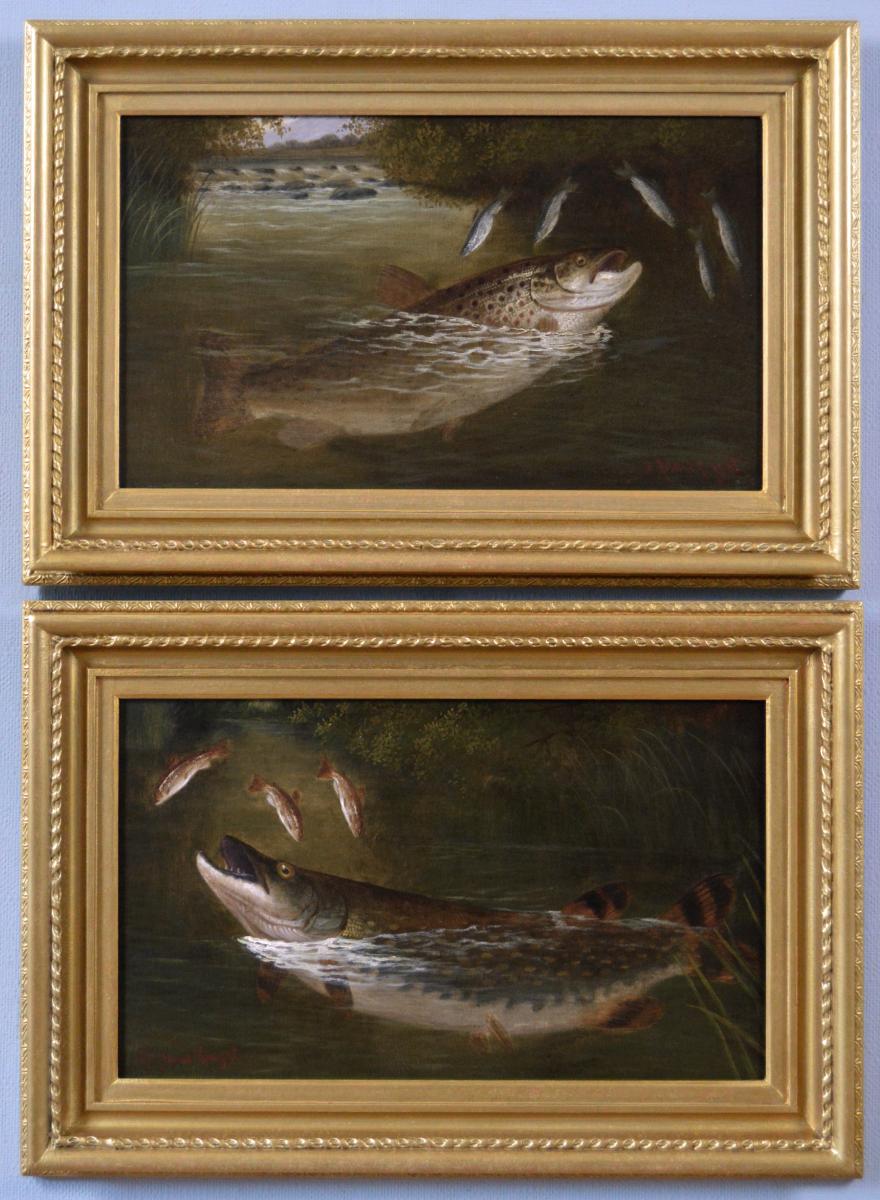 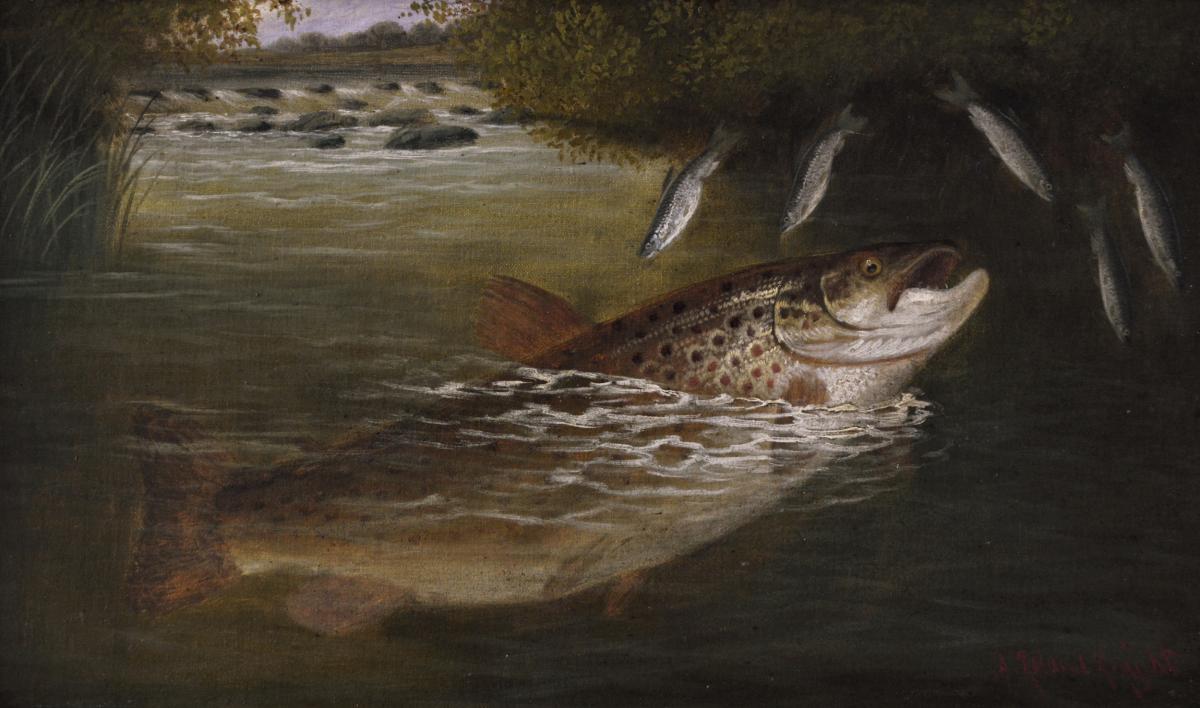 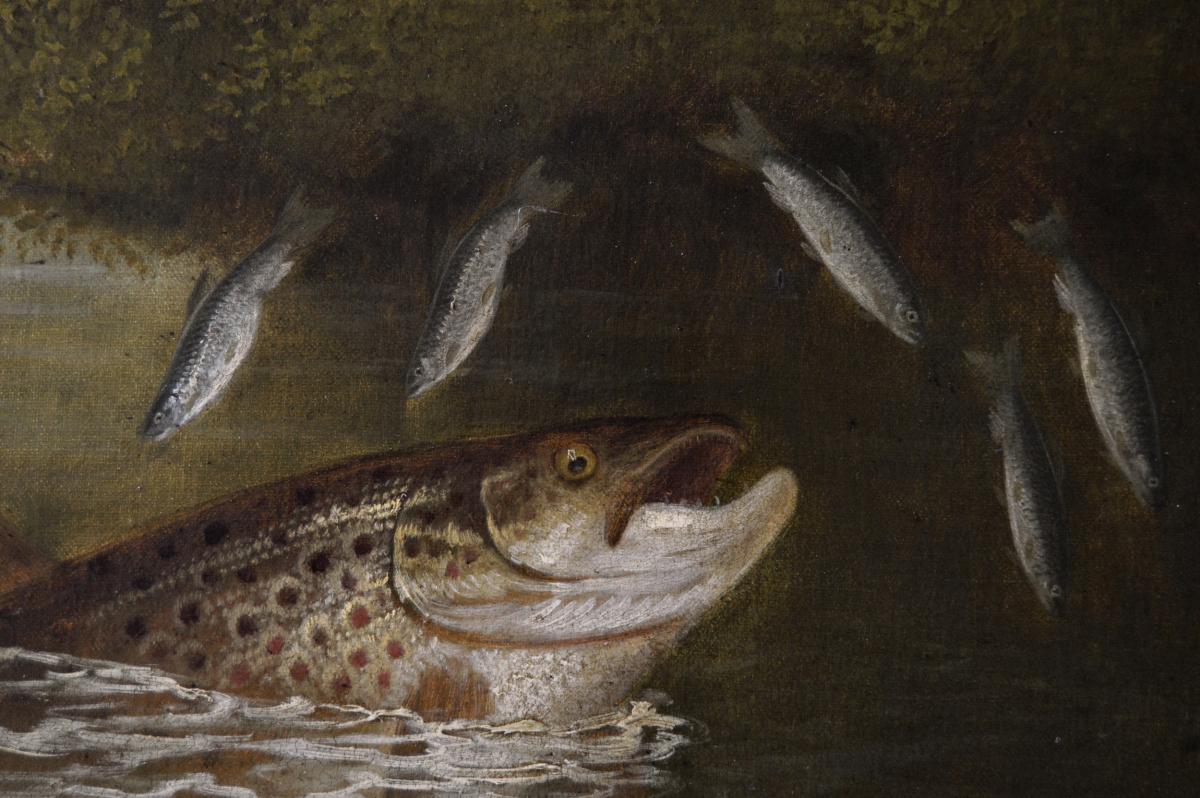 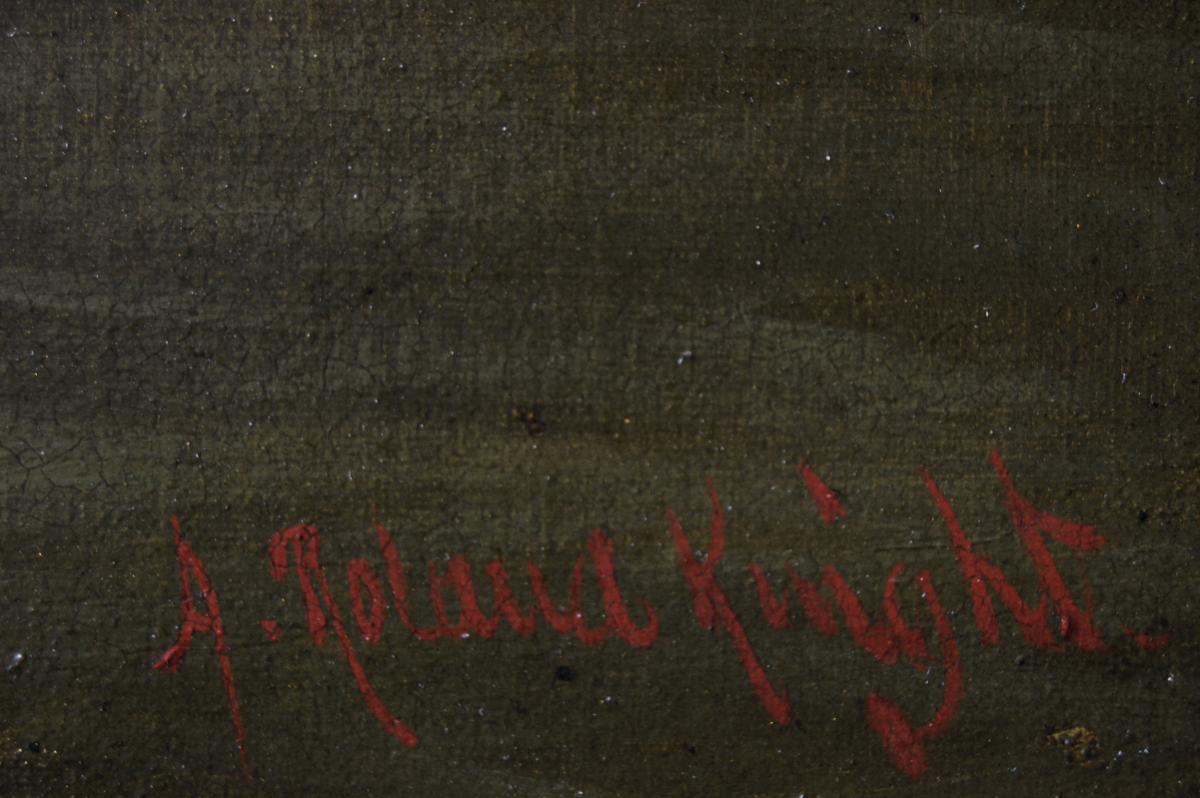 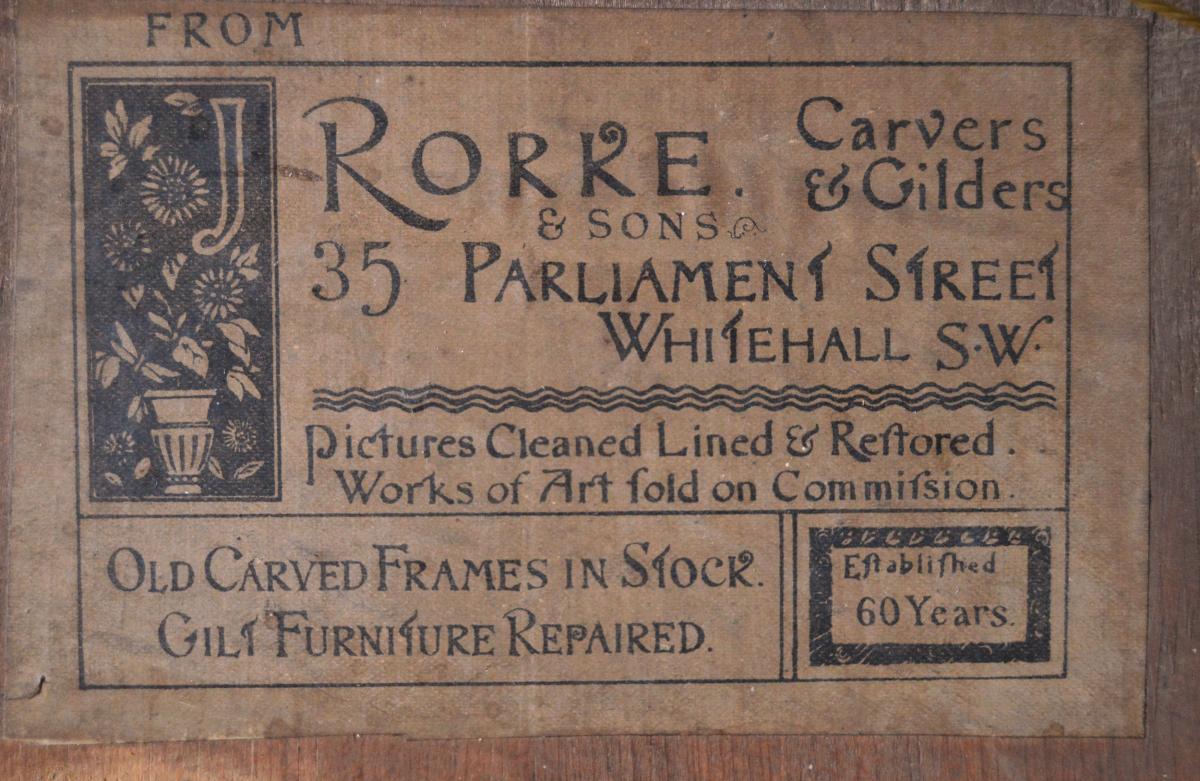 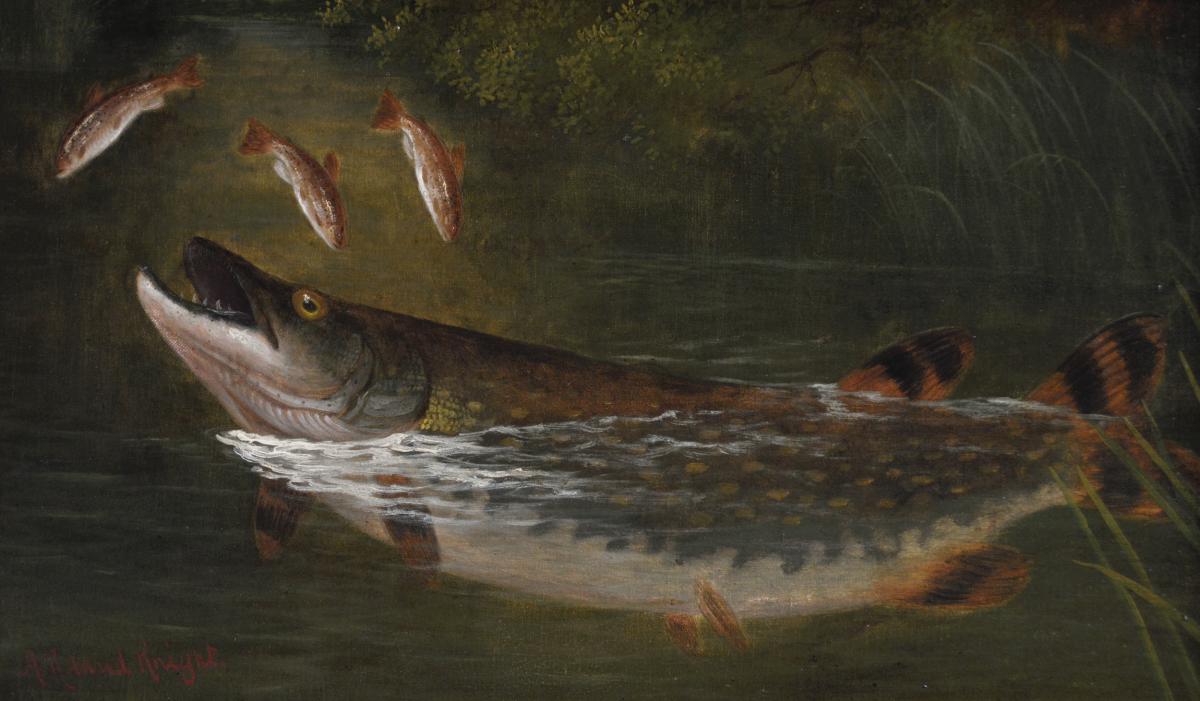 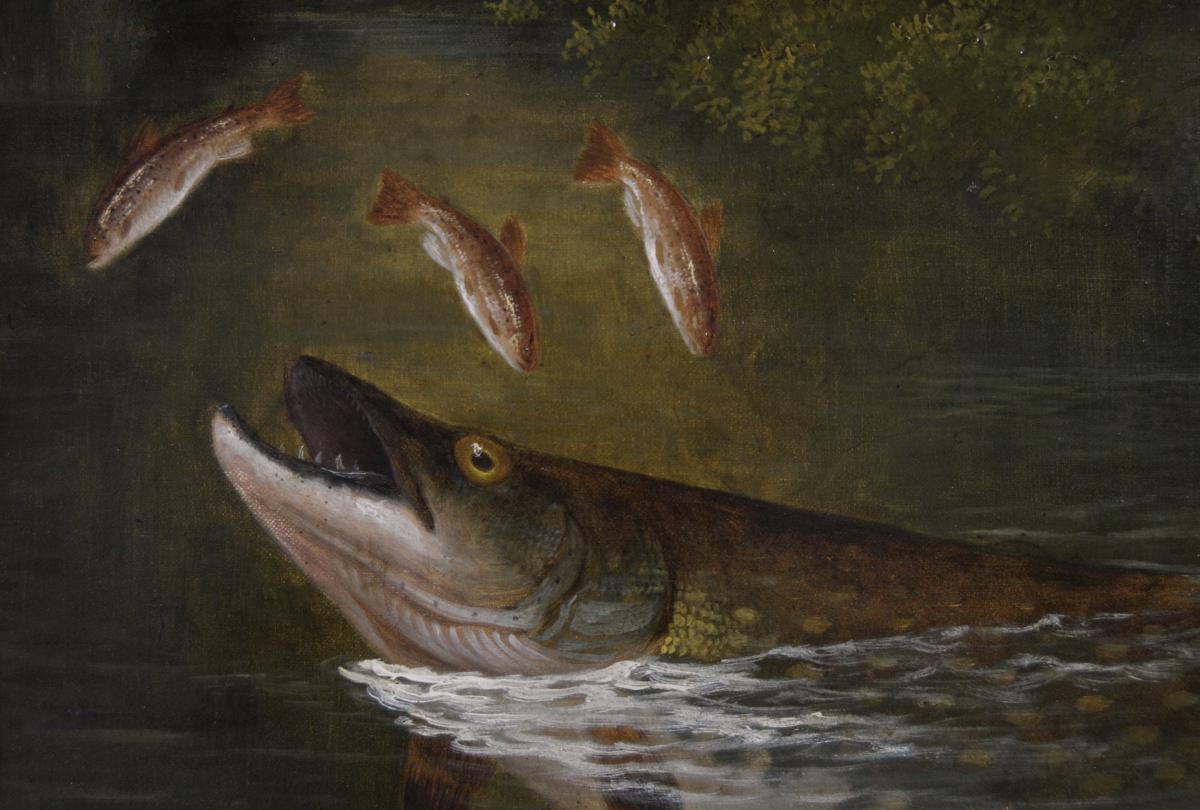 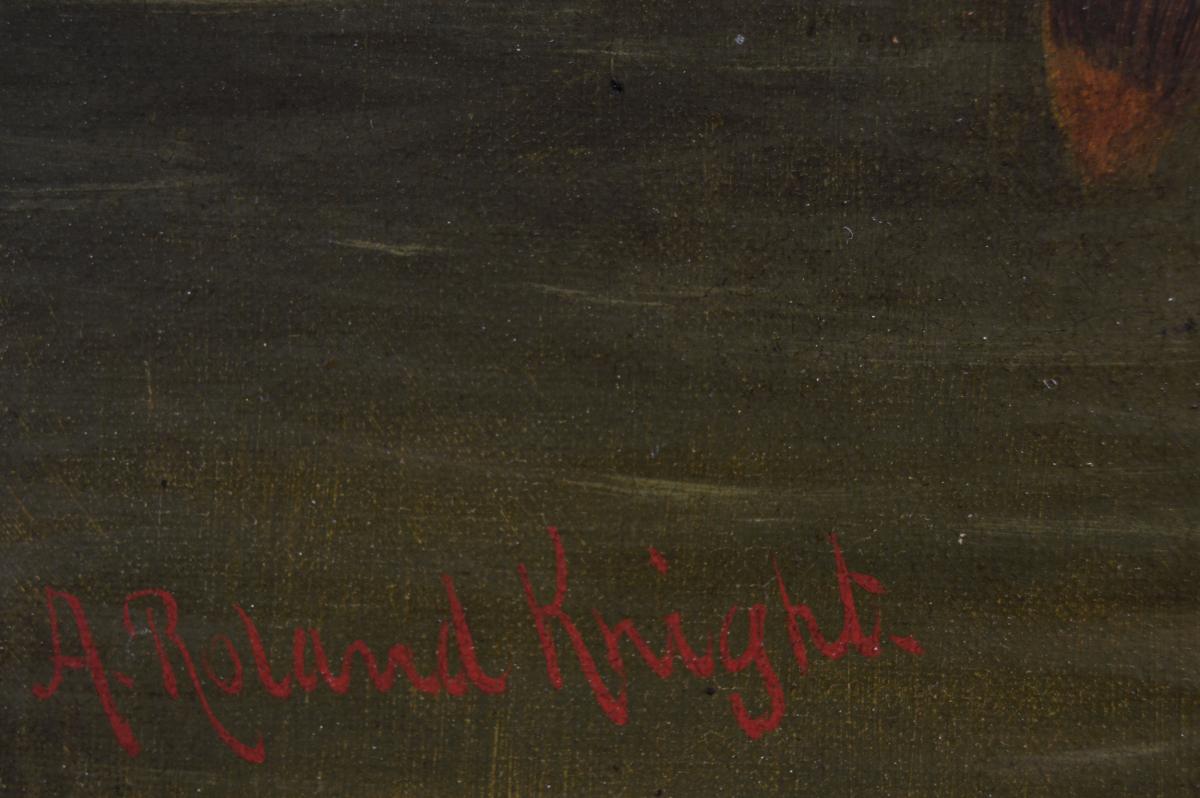 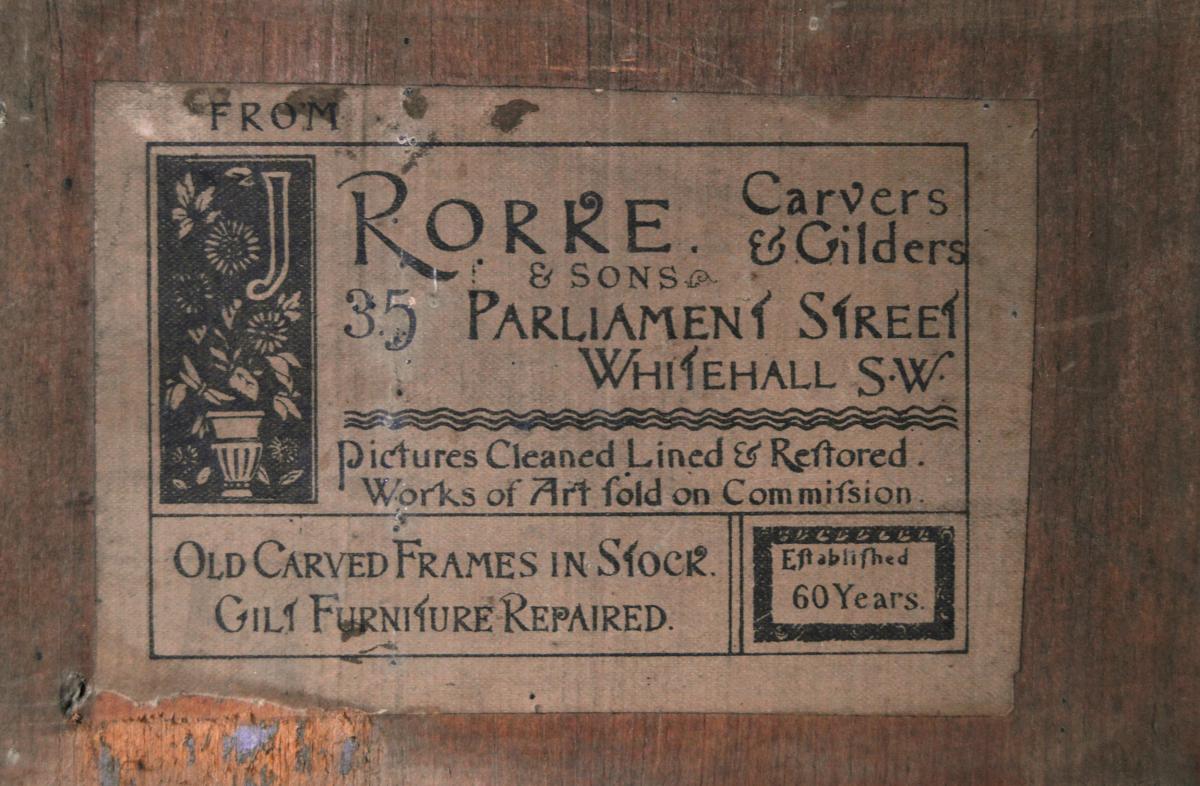 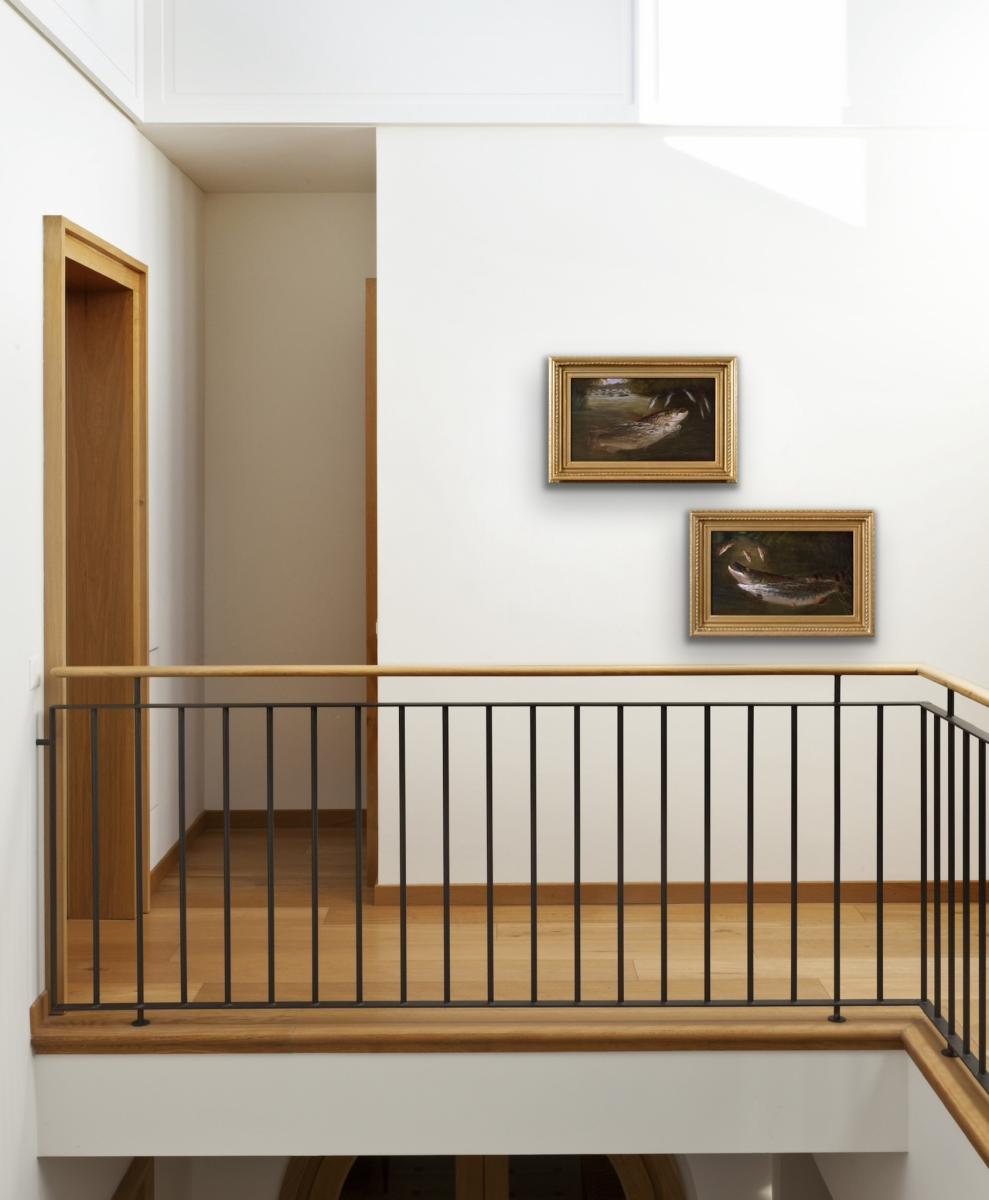 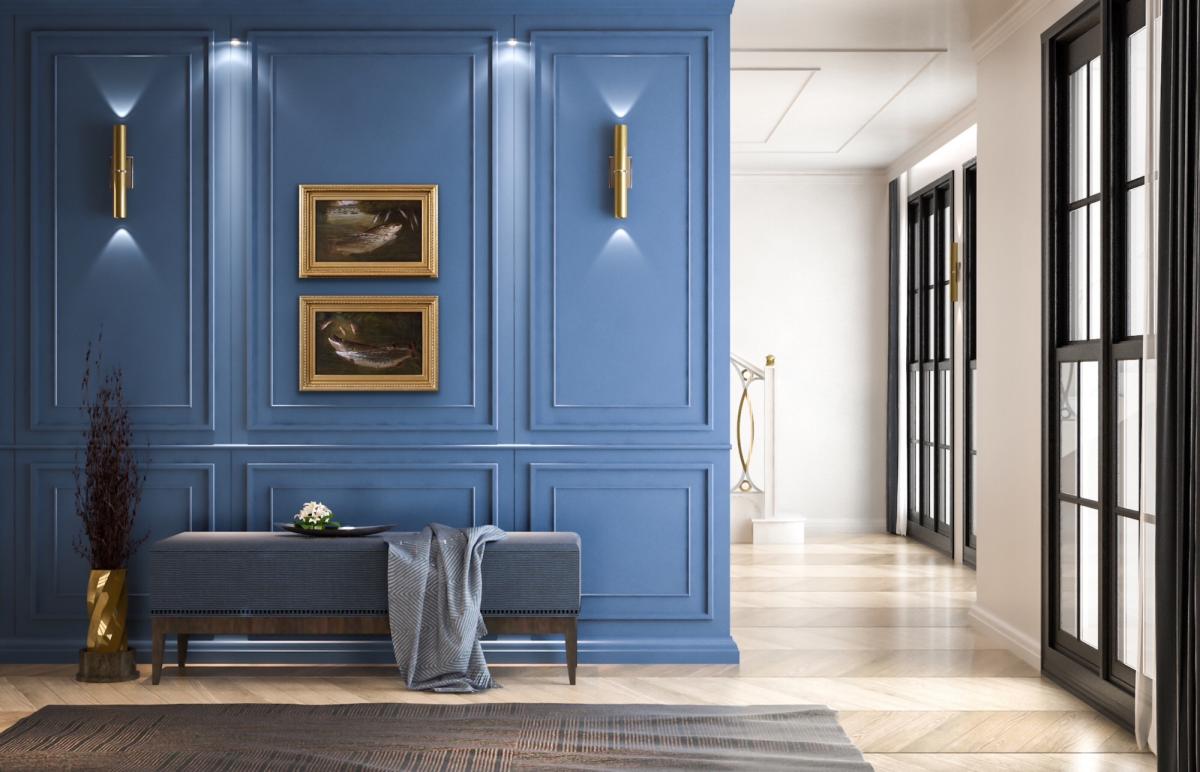 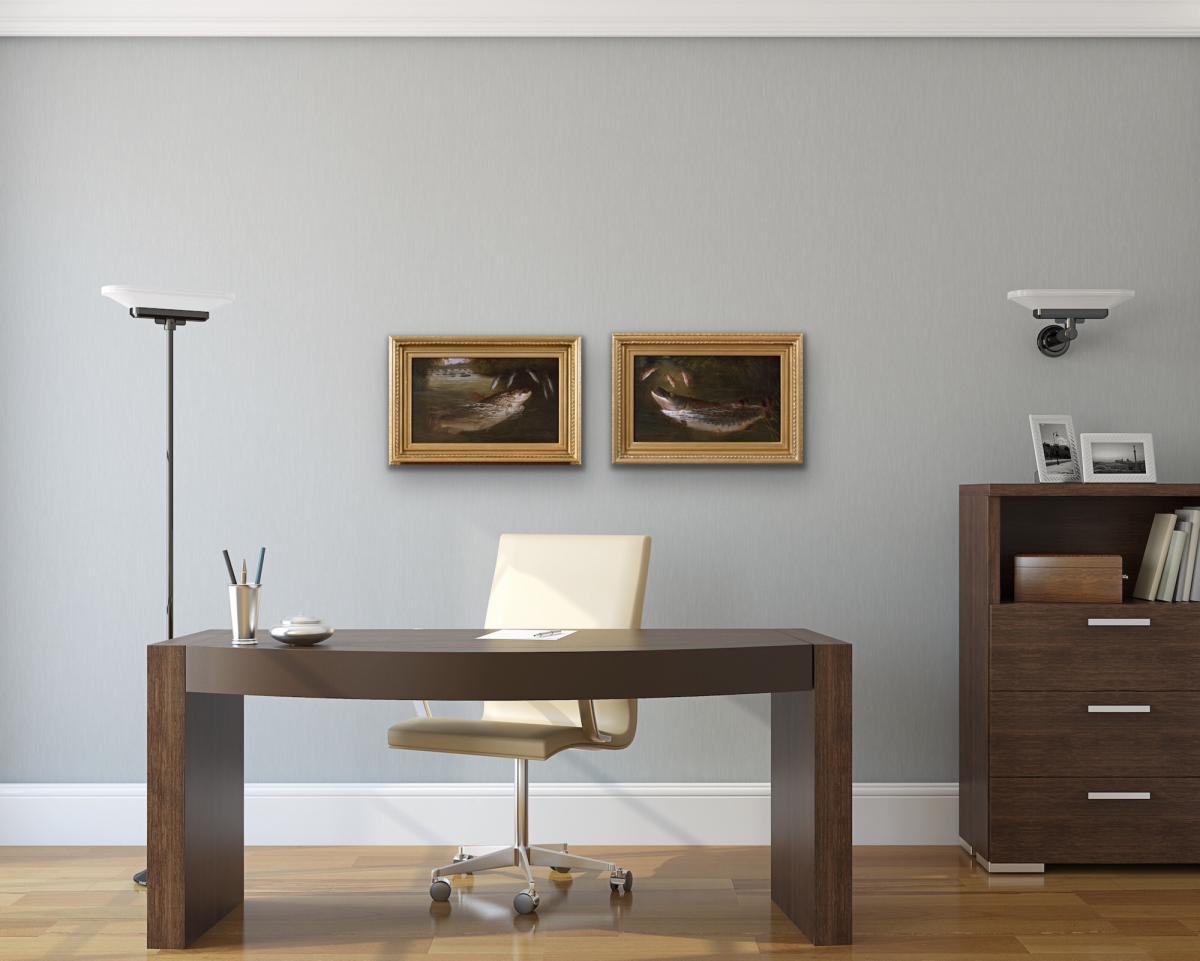 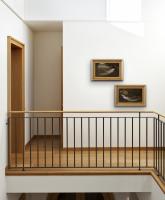 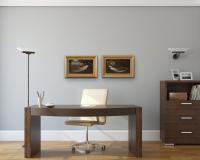 Arthur Roland Knight was born in 1845 in Aston, Birmingham to Edward, a chemist and Ann Knight. By 1871, he had become a professional artist and had moved to Tottenham, London.  He specialised in angling paintings often including Trout, Pike or Perch, but also produced a number of landscape and wildlife paintings.

Knight married Harriet Amy Golding on 8 April, 1882 at St Bartholomew’s Church, Moor Lane in the City of London. They lived at 9 Helena Road in Walthamstow which their two children, Katherine and Arthur Roland Jnr. He spent the rest of his life at Helena Road where he died in 1914 aged 68. He was buried at Queens Road Cemetery, Walthamstow.

During the early 19th century angling as a sport had increased in popularity amongst the leisure class, with many travelling to areas such as the Highlands to fish. Knight was one of a group of artists who were able to capitalise on the growth in demand for paintings of angling and fish subjects, often travelling around to paint commissions.  Due to the knowledge of his subject and attention to detail, it is highly likely he was a keen angler himself.

His paintings remain highly collectible and examples of his works are held by Chertsey Museum and Vestry House Museum.

Presentation: The paintings are housed in new, English made gilt frames which are in excellent condition. The paintings each bear an old label for J Rorke & Sons to the reverse. J Rorke & Sons were a carver and gilder and picture restorer business spanning three generations, from 1839 until the 1970’s. They operated as J Rorke & Sons from 1885-1914, however, were at 35 Parliament Street from 1876 until 1887. This puts the date of these paintings as being from 1885 to no later than around 1887.
Condition: As with all of our original antique oil paintings, these works are offered in ready to hang gallery condition, having been professionally cleaned, restored and revarnished.