A pair of settees, 1980, custom-made by Terence Conran, from Sutton Place, Guildford 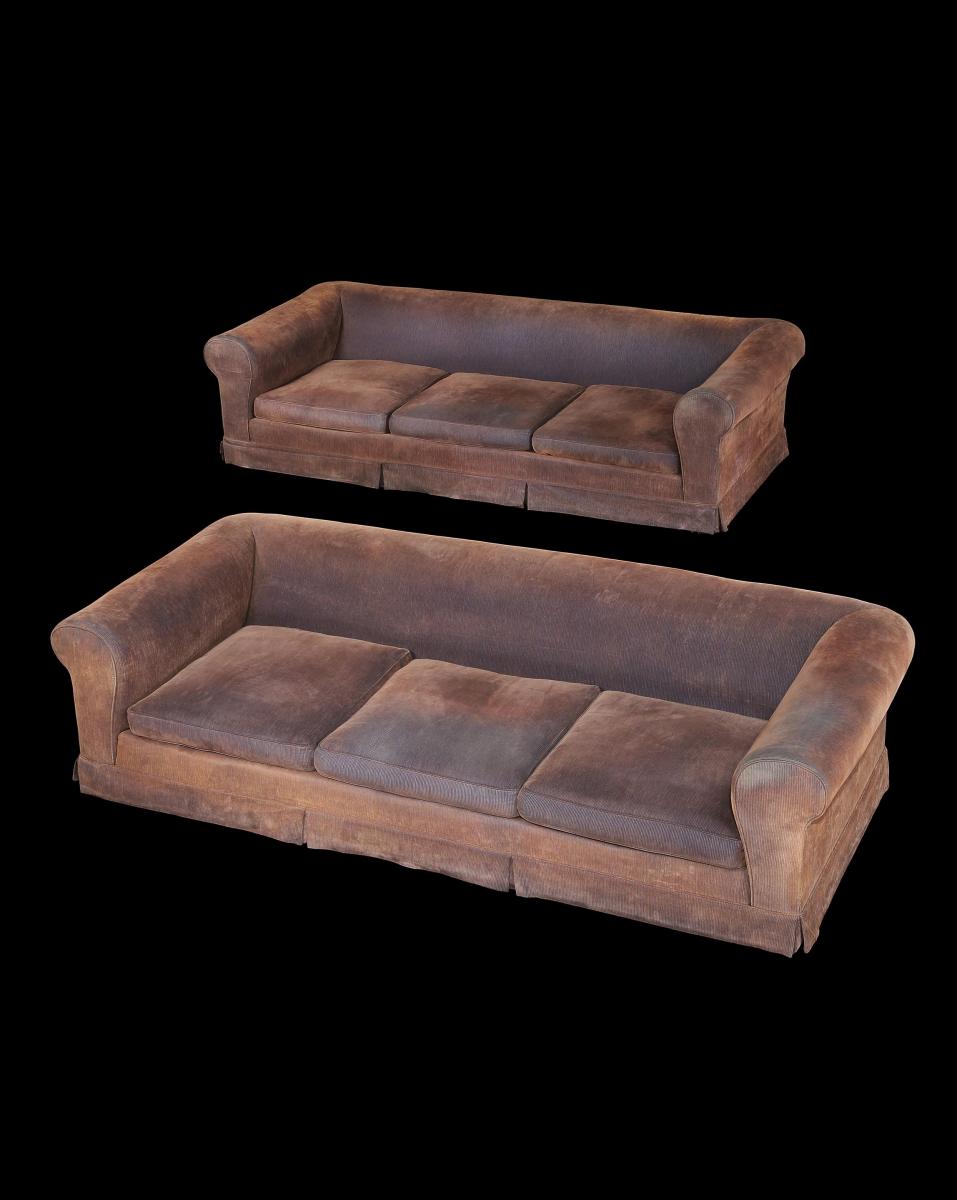 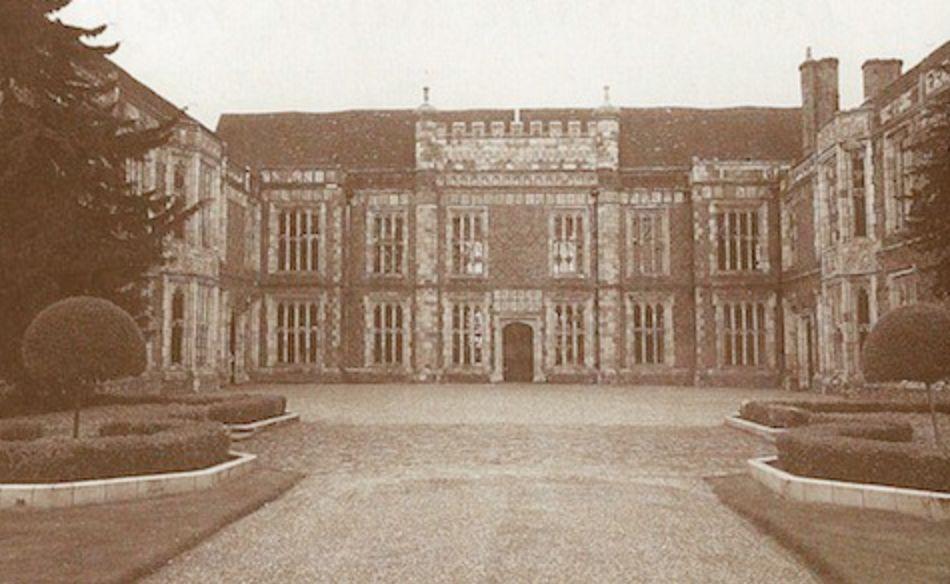 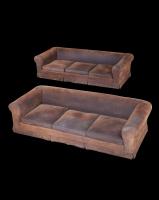 This massive pair of sofas were commissioned as part of Stanley J Seeger’s remodelling and grand redecoration of Sutton Place. They are upholstered in two-tone brown and blue corduroy fabric, with rounded arms and three squab cushions.

PROVENANCE : Stanley J Seeger Collection, commissioned for the drawing room at Sutton Place, Guildford, designed and made by Terence Conran in 1980.

SUTTON PLACE, GUILDFORD
In the early 1520s the manor of Sutton was granted by Henry VIII to courtier and statesman Sir Richard Weston (1476-1542), who had been knighted in 1514.

In the late 1520s Sir Richard began building a new house enclosing a courtyard on a virgin site some distance away from the old house which stood in Manor Field. Sir Richard entertained Henry VIII at Sutton Place in 1533.

Following Sir Richard's death the estate remained in the ownership of the family, and Queen Elizabeth visited in 1560 during her first Royal Progress.

During the mid C17 Richard Weston III, who was a noted agriculturist, altered the River Wey which ran through the estate, to make it navigable.

In 1900 Sutton Place was leased to the newspaper proprietor Lord Northcliffe. The Duke of Sutherland bought the estate in 1919 and sold it to the American oil baron J. Paul Getty in 1959.

In 1980 it was sold for £8 million to Stanley J Seeger who set up the Sutton Place Heritage Trust opening it to the public for concerts, exhibits, lectures and tours.

Seeger sold it in 1990 to an another American, Frederick R Kosh, who also made it available for public events, but who is said to have never spent a night there.

He also owns a major stake in mobile phone company MegaFon and the Russian internetgroup mail.ru.