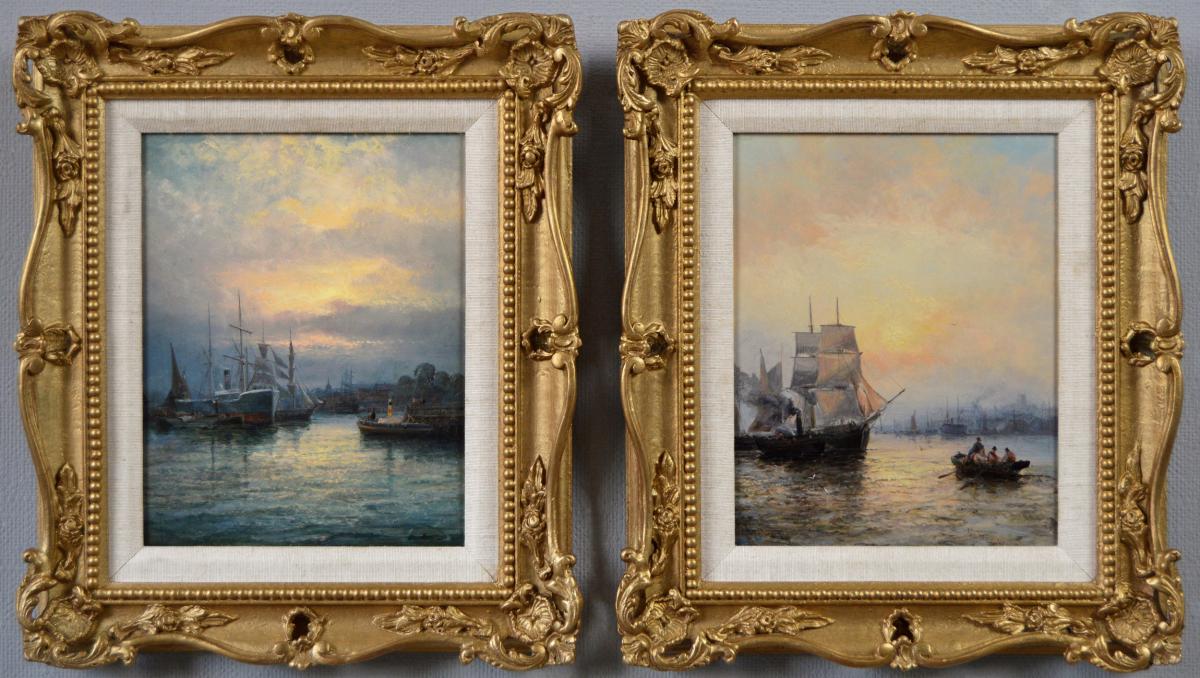 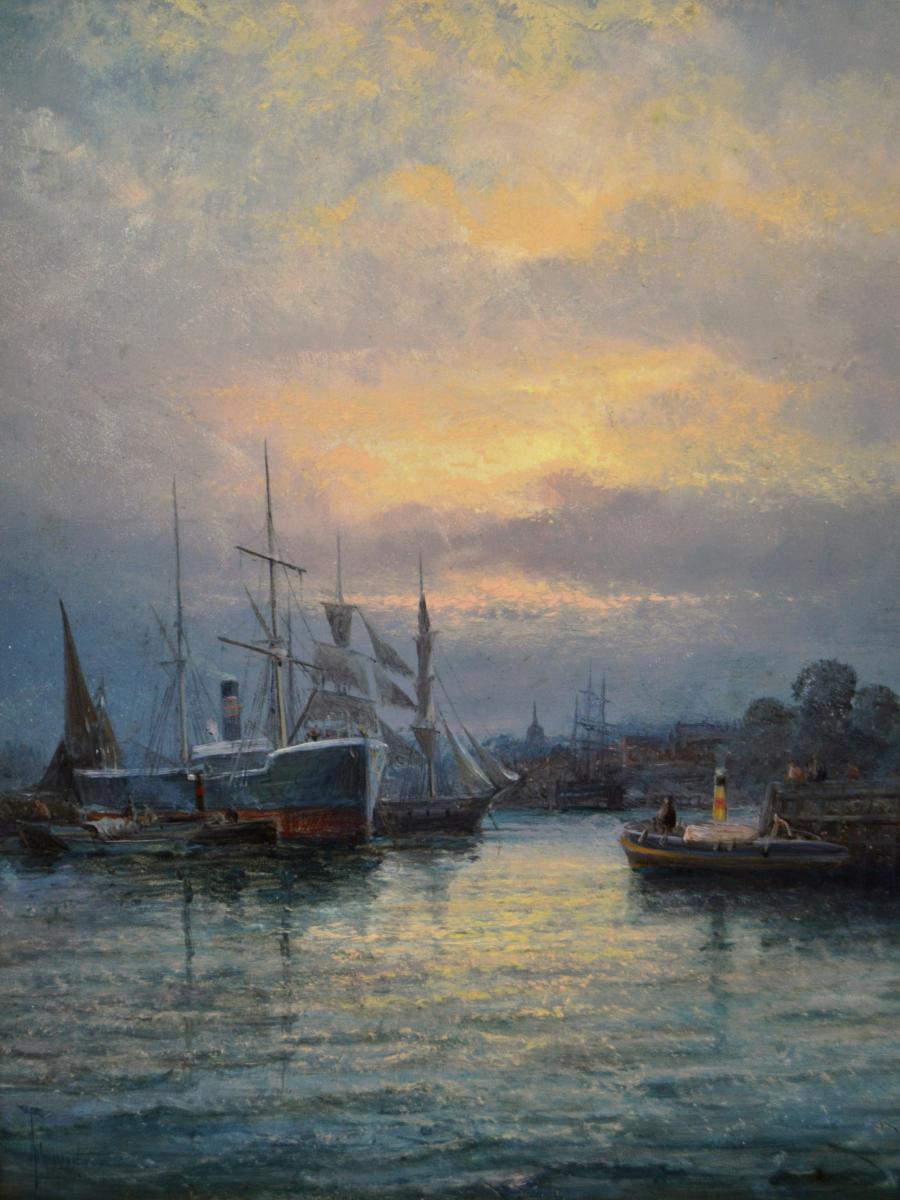 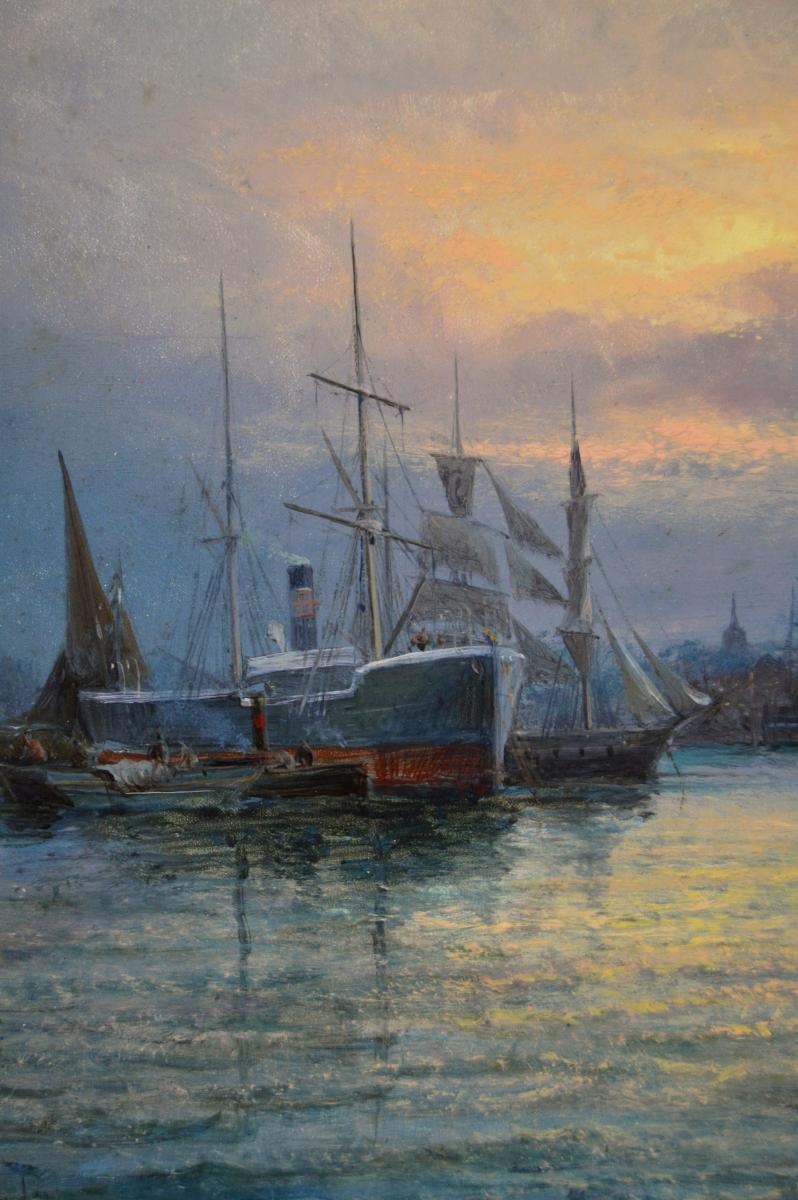 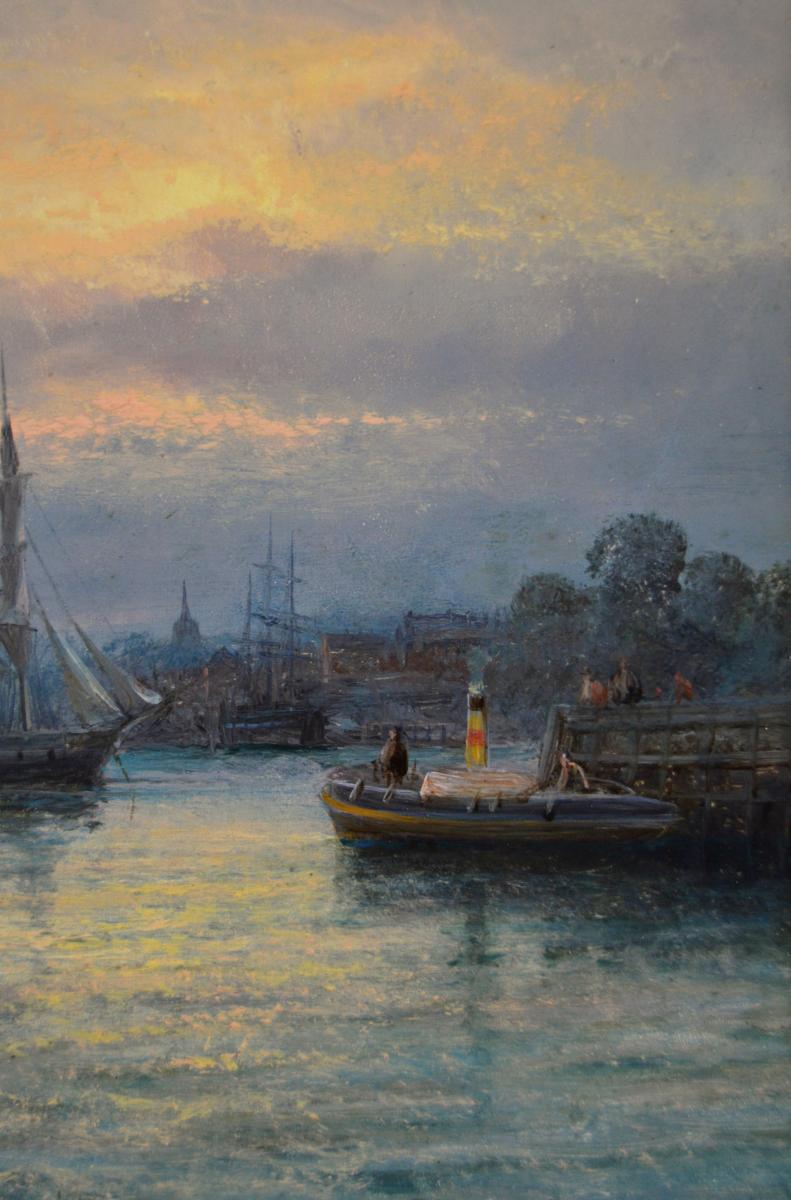 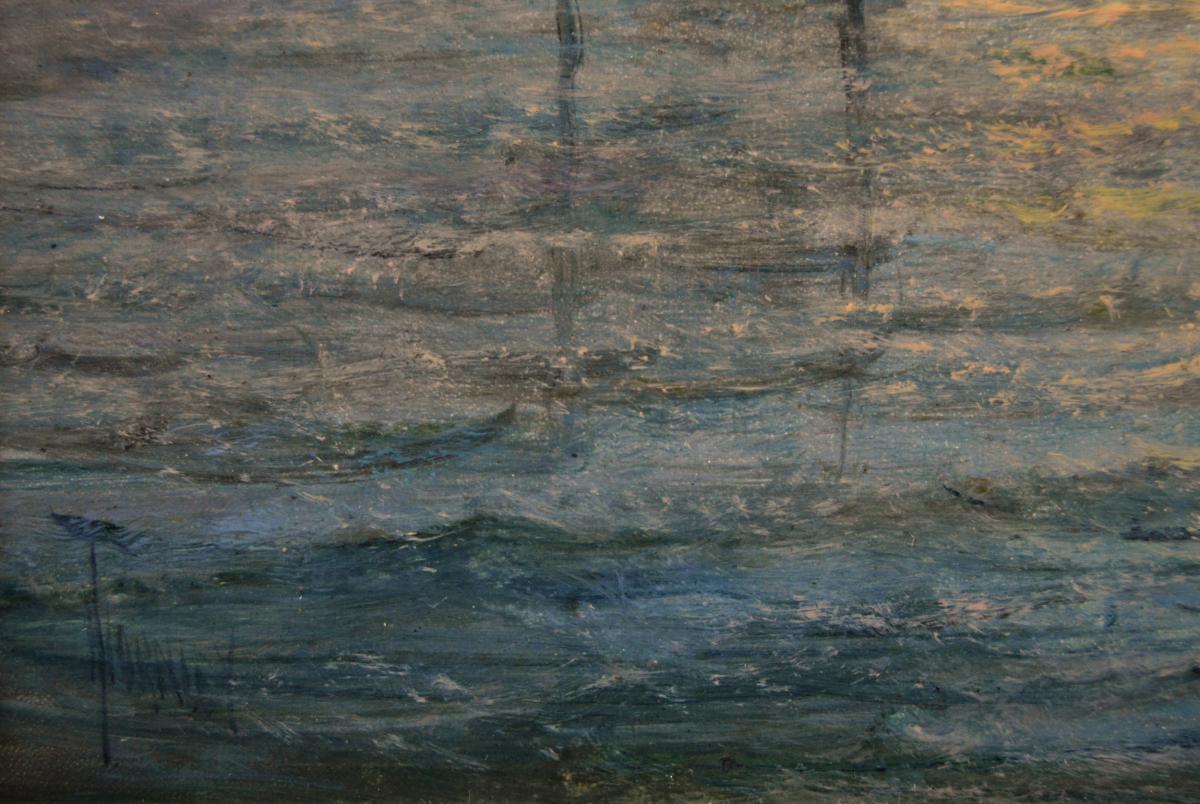 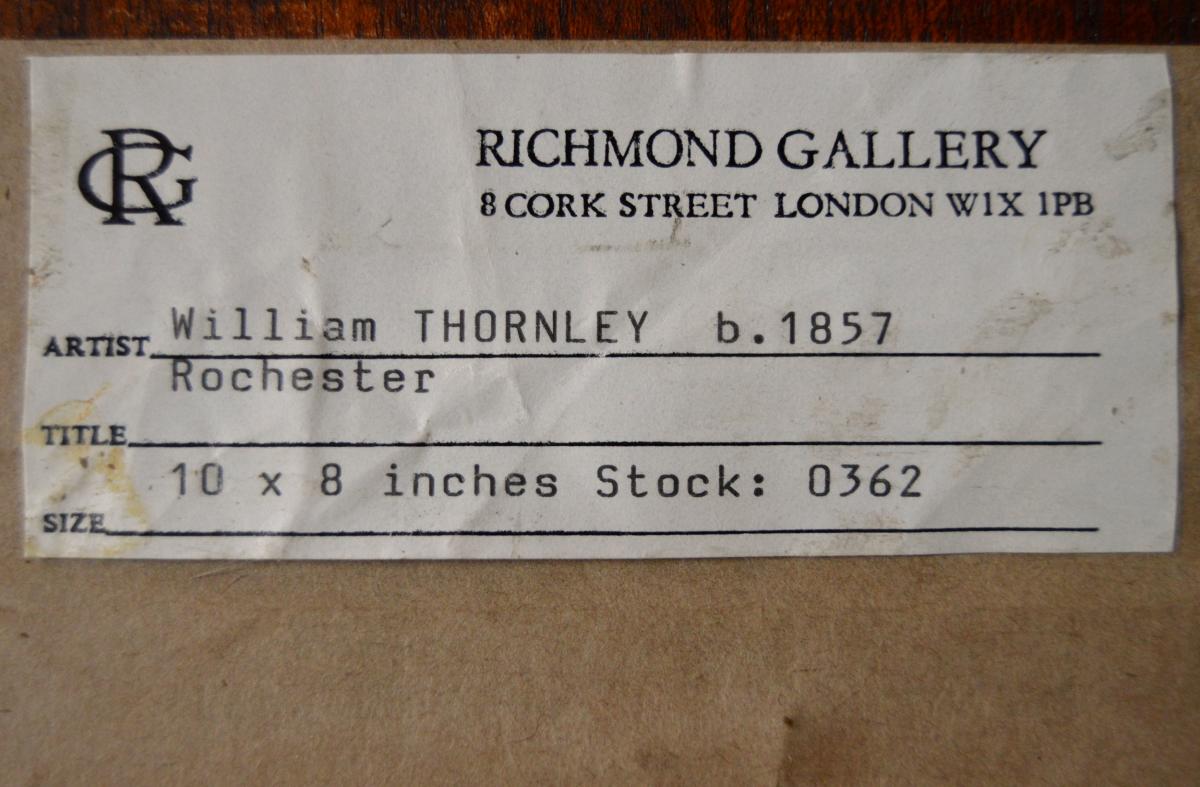 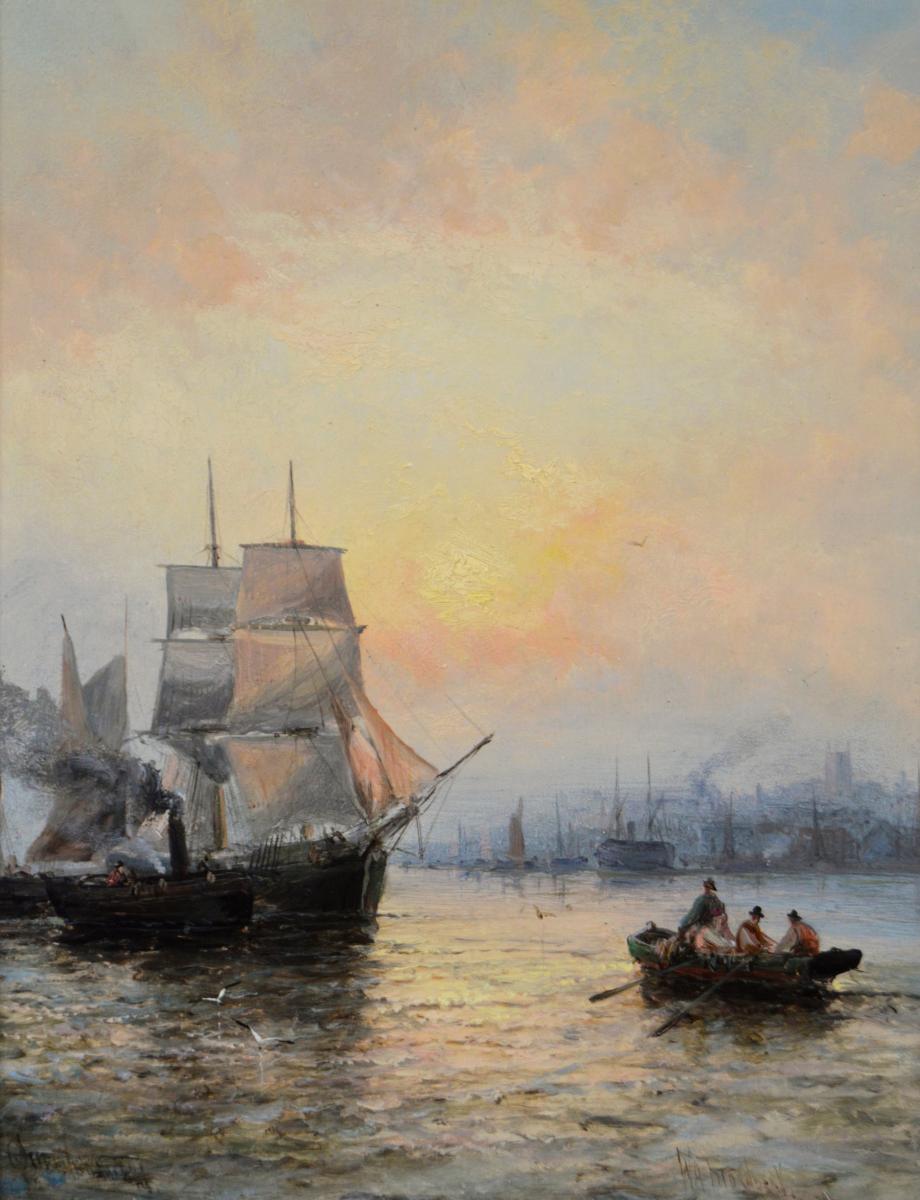 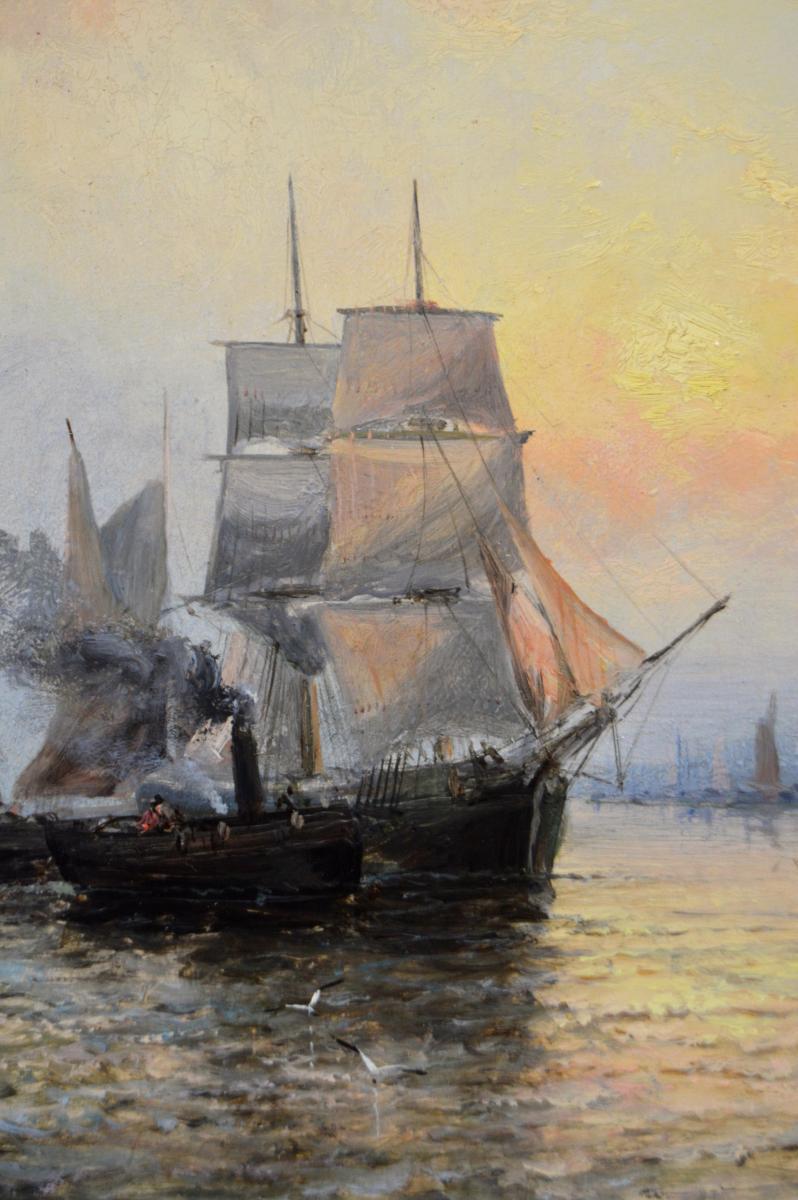 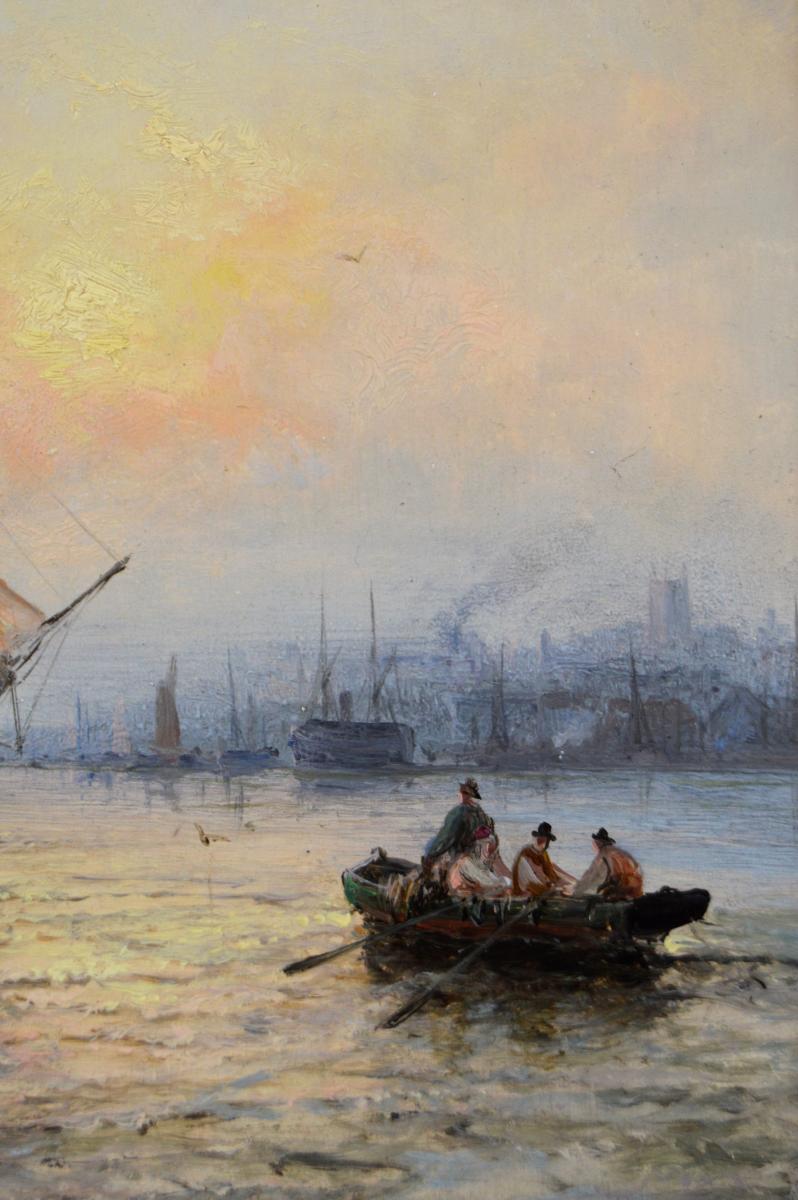 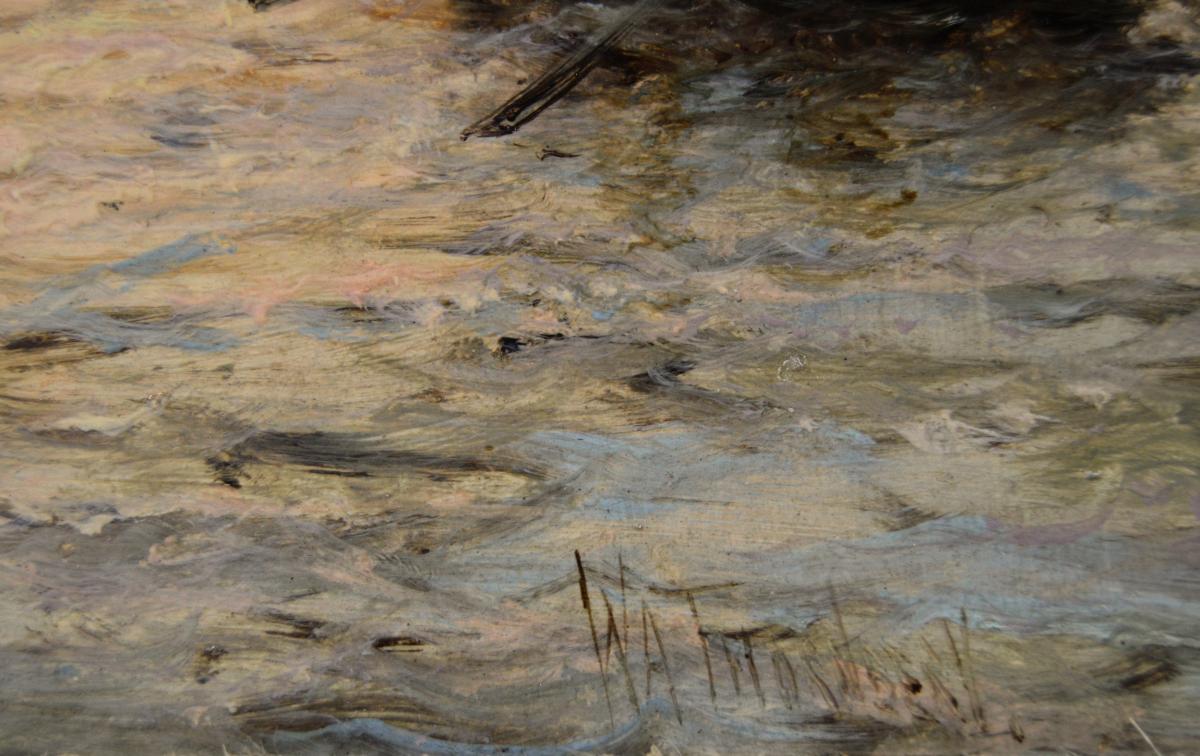 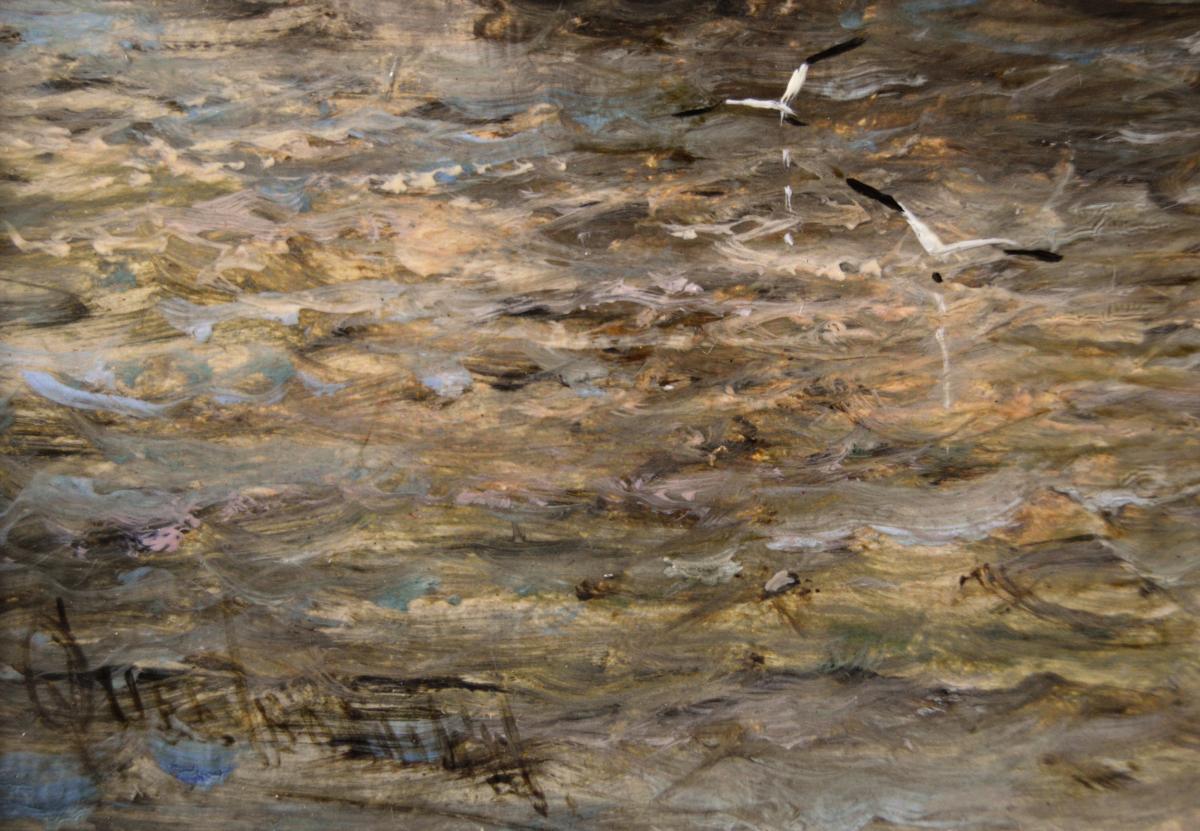 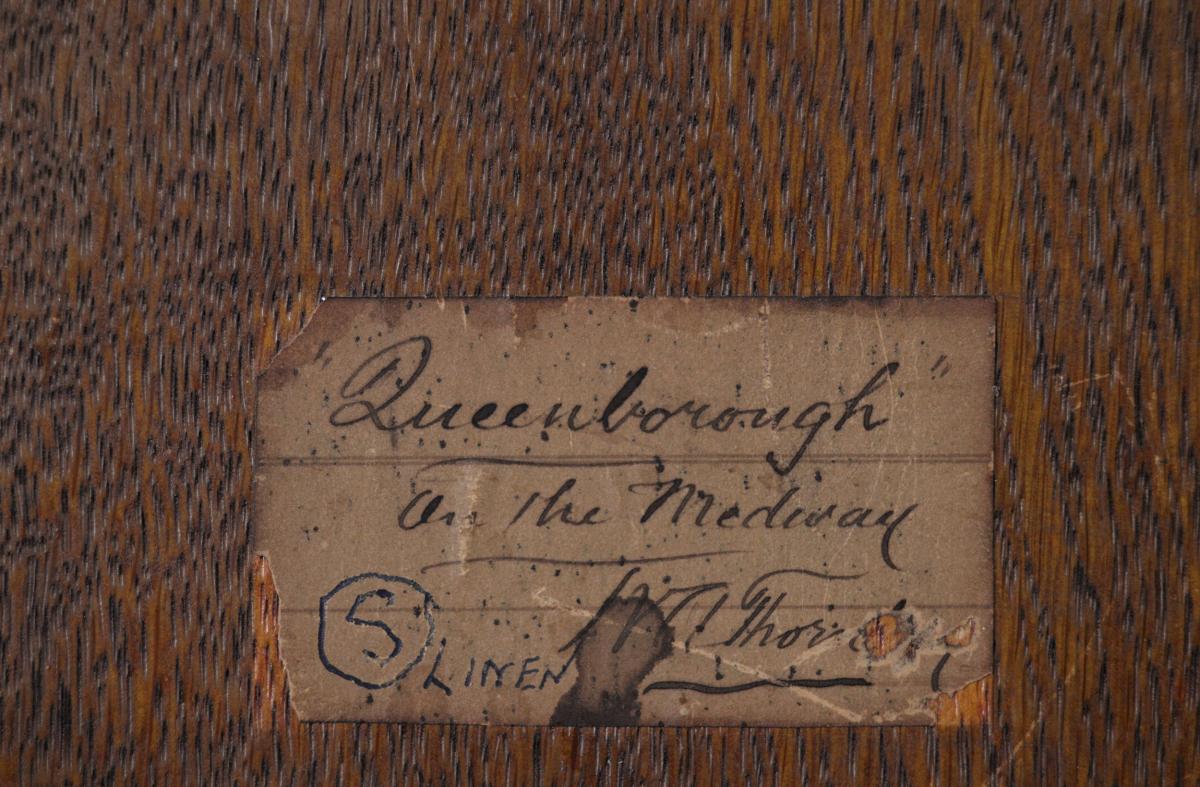 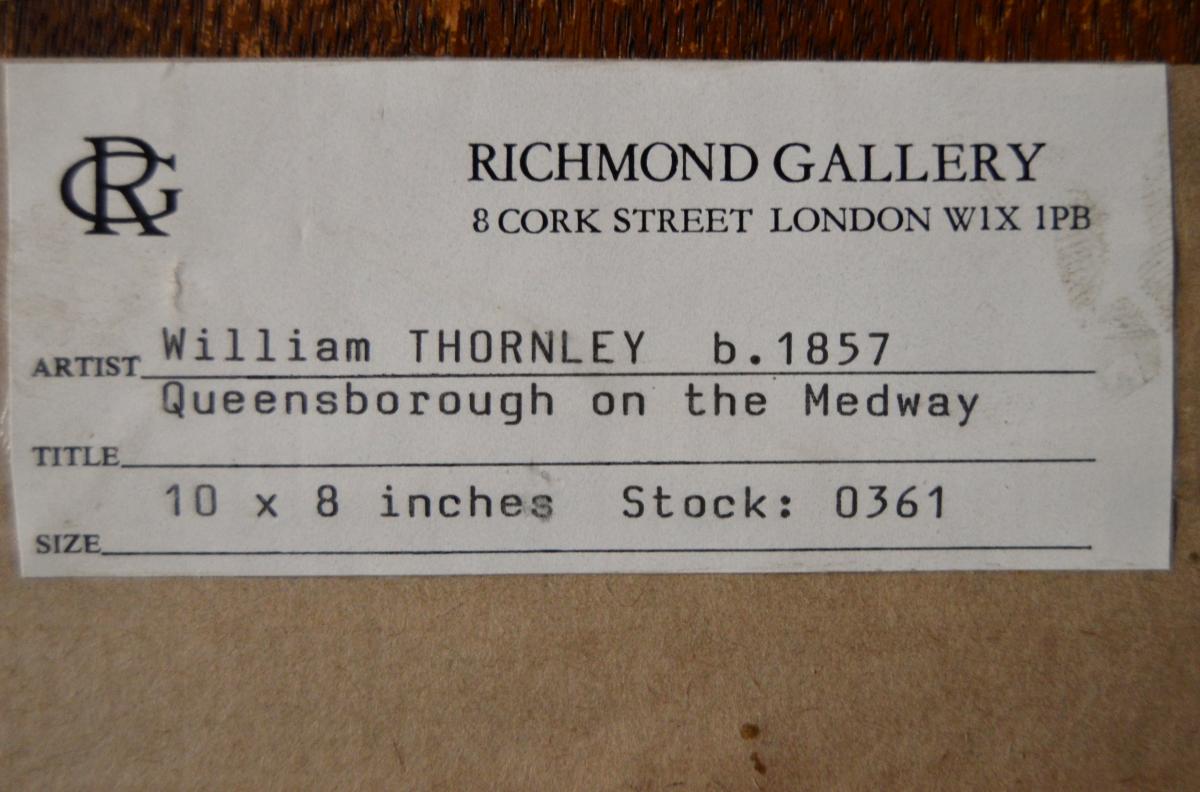 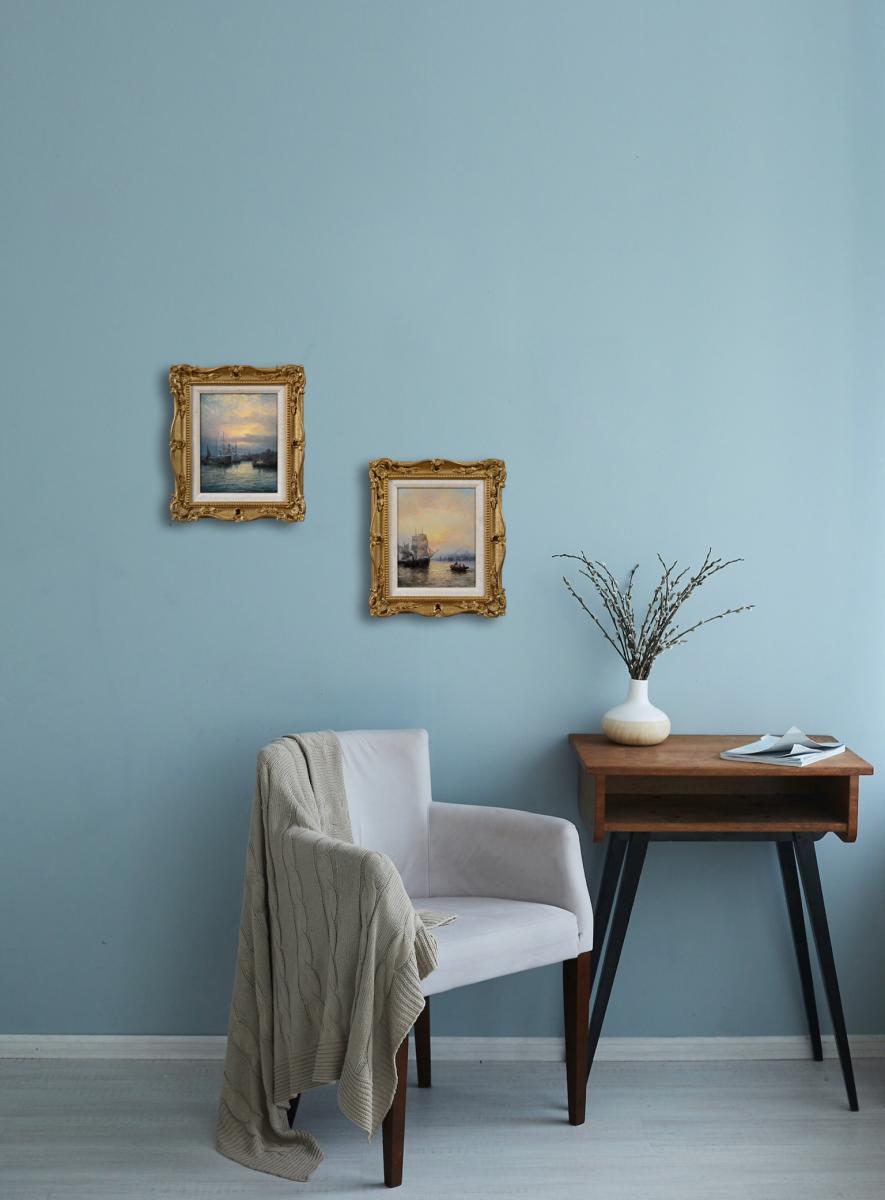 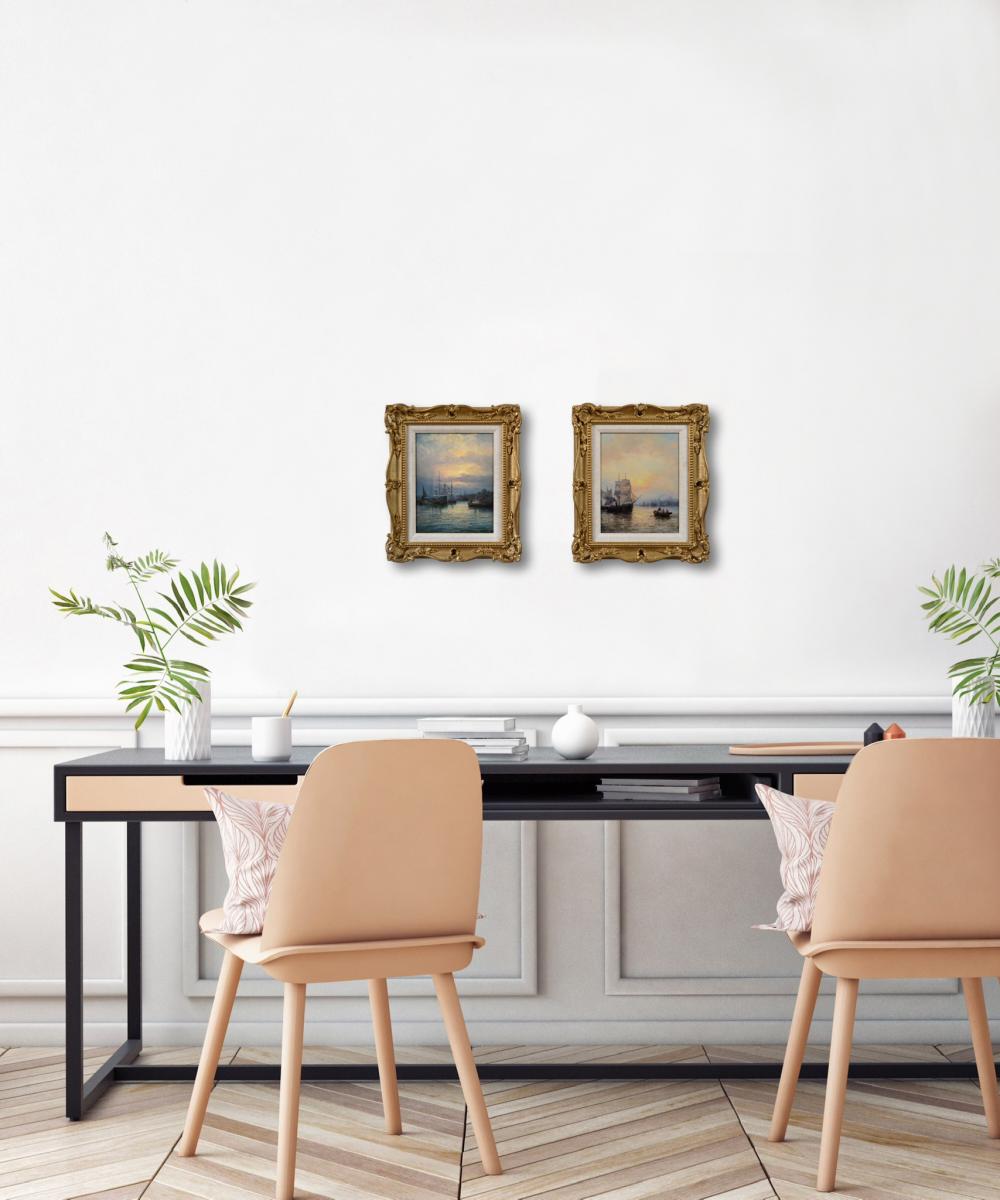 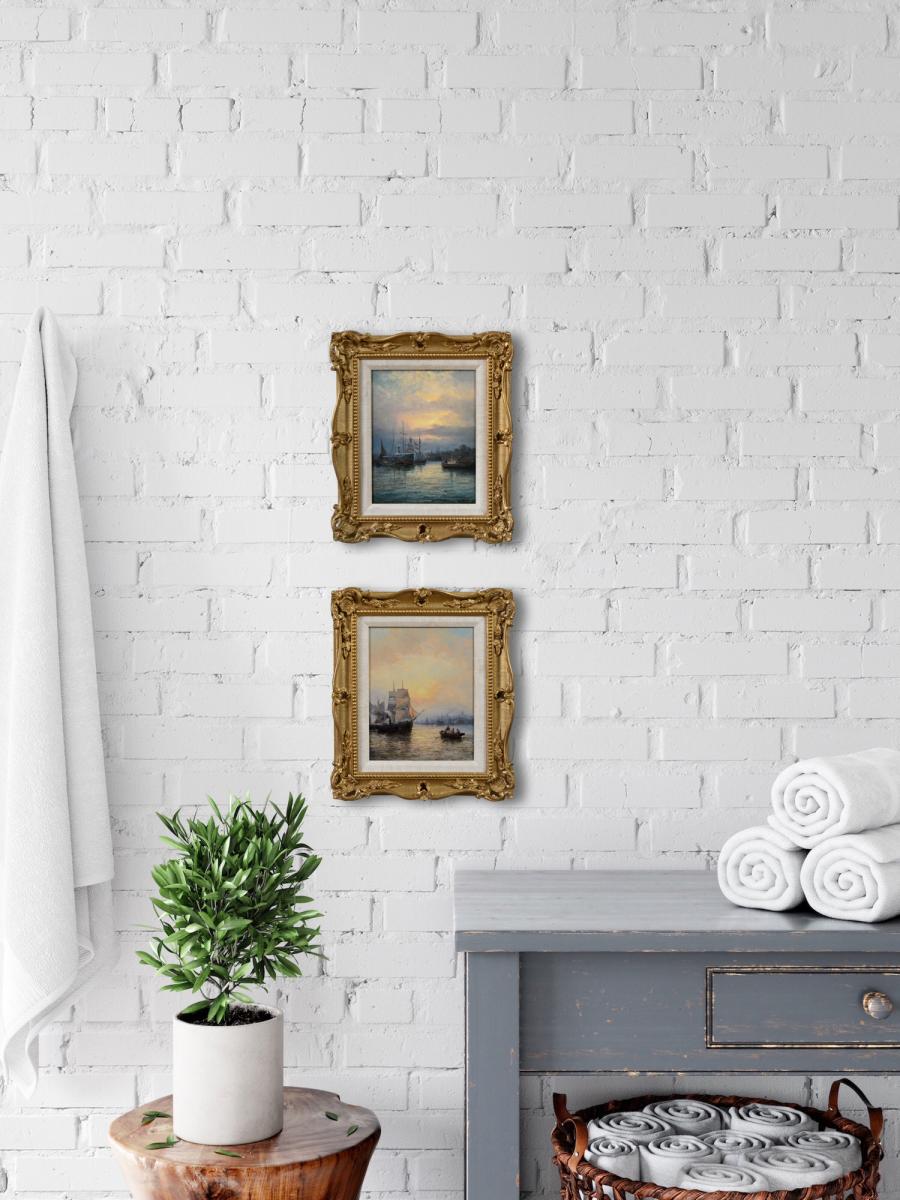 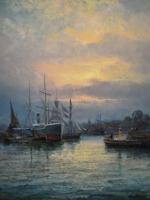 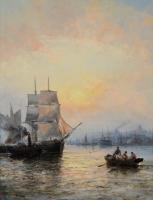 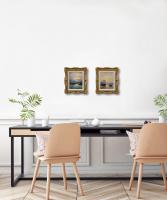 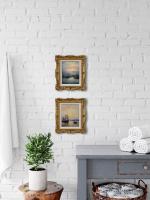 William Thornley
British, (exh. 1858 -1898)
Near Rochester on the Medway & Queenborough on the Medway
Oil on panel, pair, both, signed
Provenance: Richmond Gallery, London

William Thornley was a painter of coastal scenes and marines who lived in Greenwich and for many years had a studio overlooking the Medway near Rochester in Kent. According to art historian Denys Brook-Hart, he was actually born Charles Thornley and exhibited under this name from an address in Paddington, London.

Although called Charles, his best known name was William Thornley. He would also exhibit and sell paintings under other variations of his name such as Hubert Thornley, William Anson Thornberry and William Anson. He was a prolific exhibitor with 53 works shown at the Royal Academy, and 82 at other venues. He also exhibited at the British Institute until its closure in 1867, and at the New Watercolour Society.

His works are highly distinctive and finely detailed, often painted on a small scale. No matter what name he used, his works bear all the hallmarks of his artistry and masterful understanding of the moods of both weather and sea.

These two paintings of the Medway in Kent are set at dusk and dawn, beautifully reflecting the colours and play of light on the water. In the painting of Queenborough, located on the Isle of Sheppey, the Holy Trinity Church can be seen in the far distance to the right.

Presentation: The works are housed in new, English made gilt frames which are in excellent condition.
Condition: As with all of our original antique oil paintings, these works are offered in ready to hang gallery condition, having been professionally cleaned, restored and revarnished.