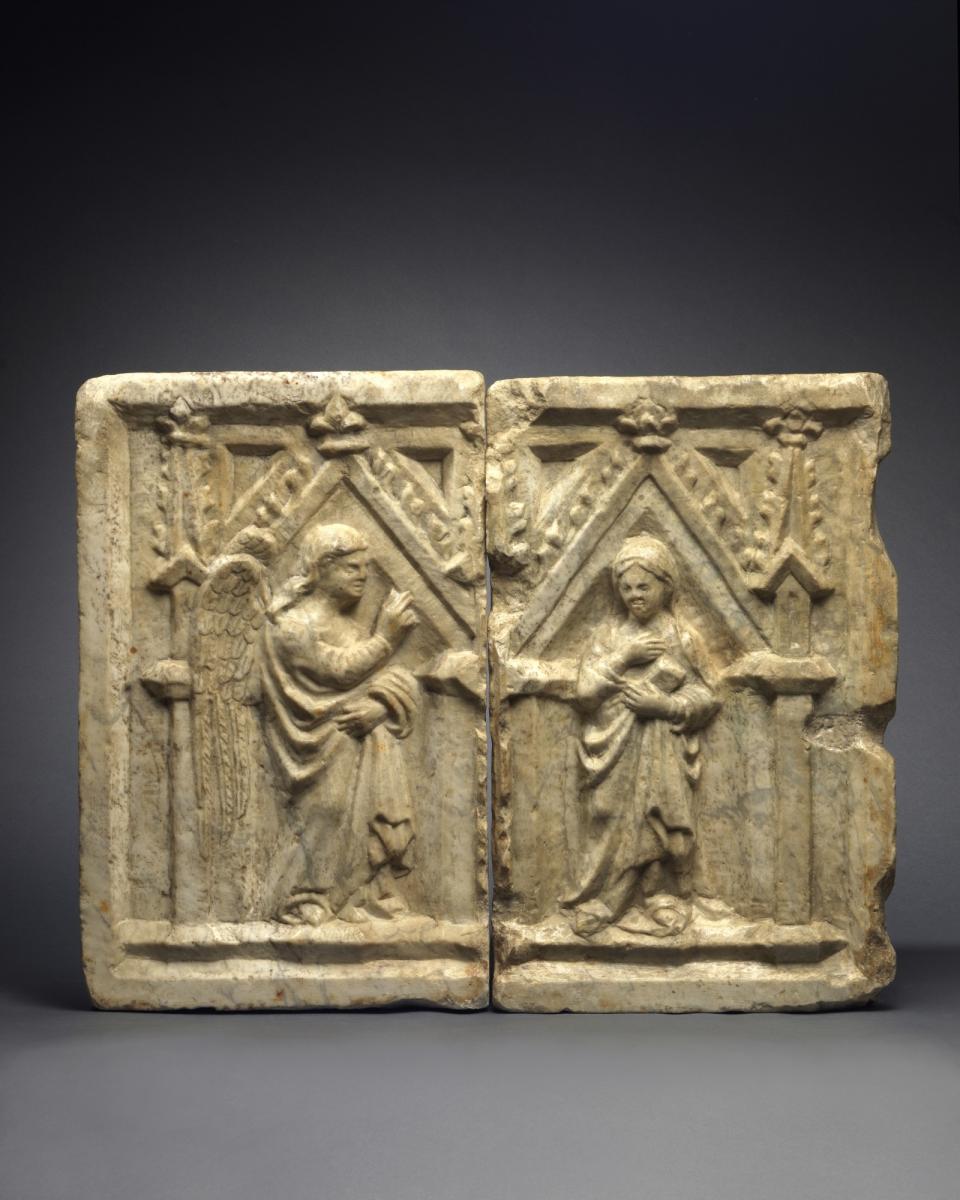 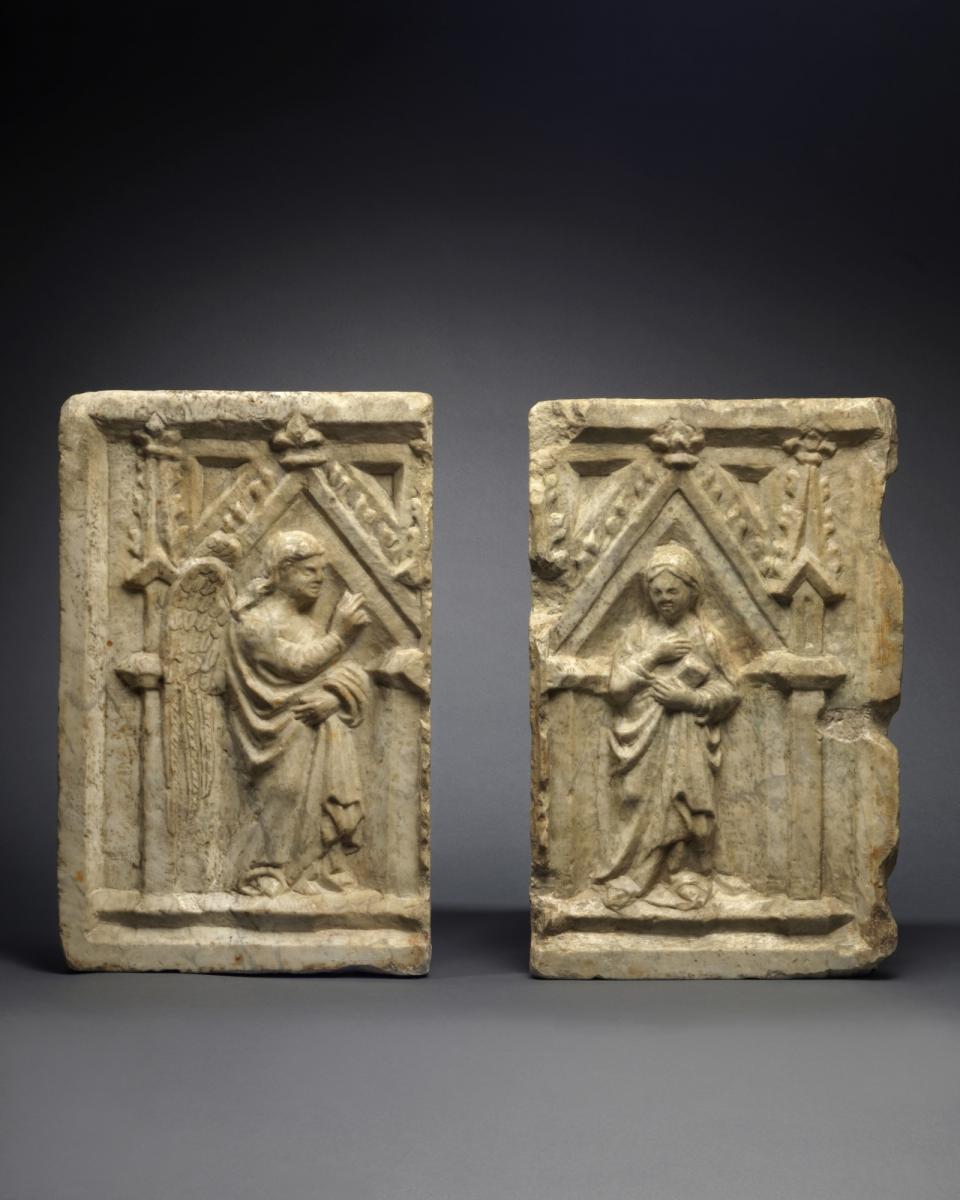 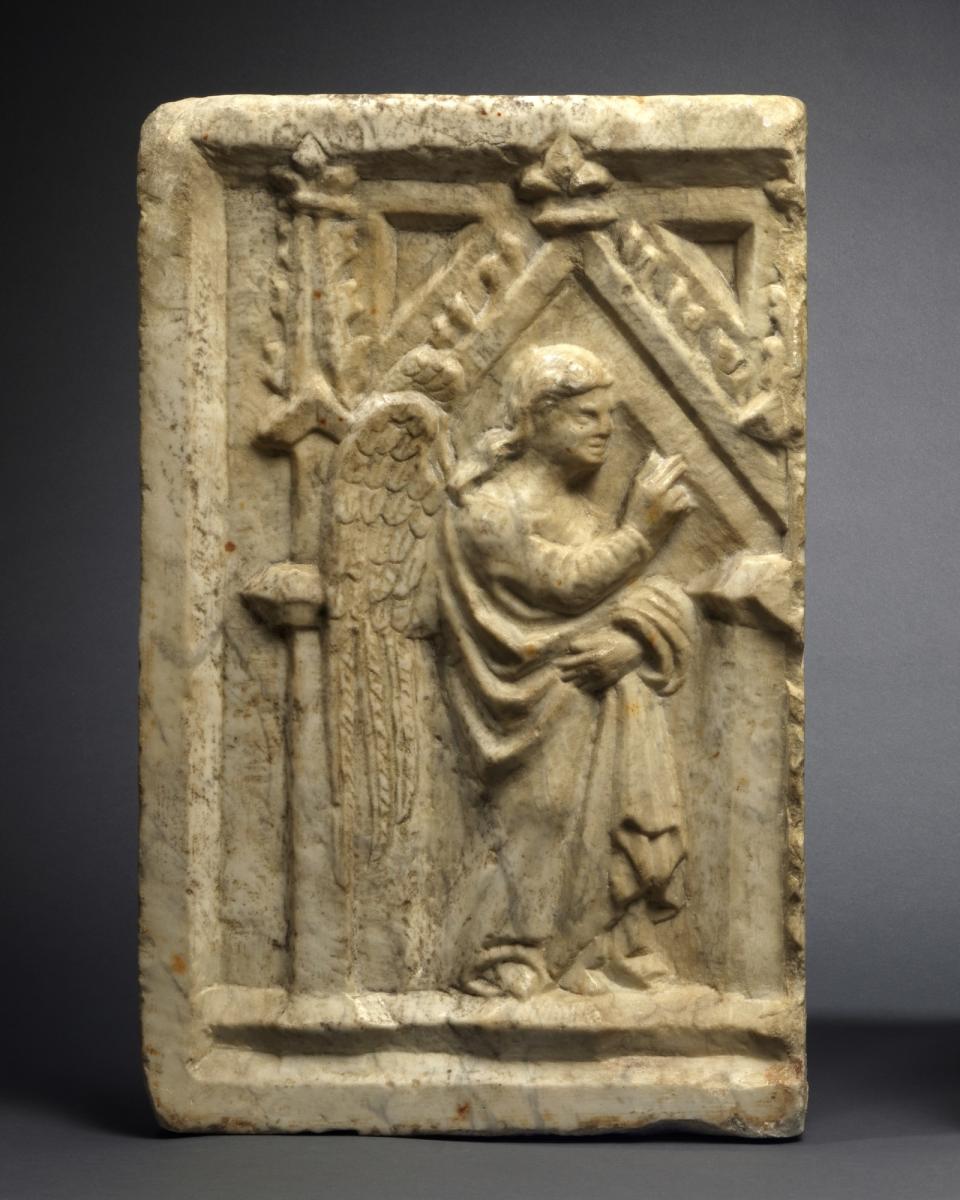 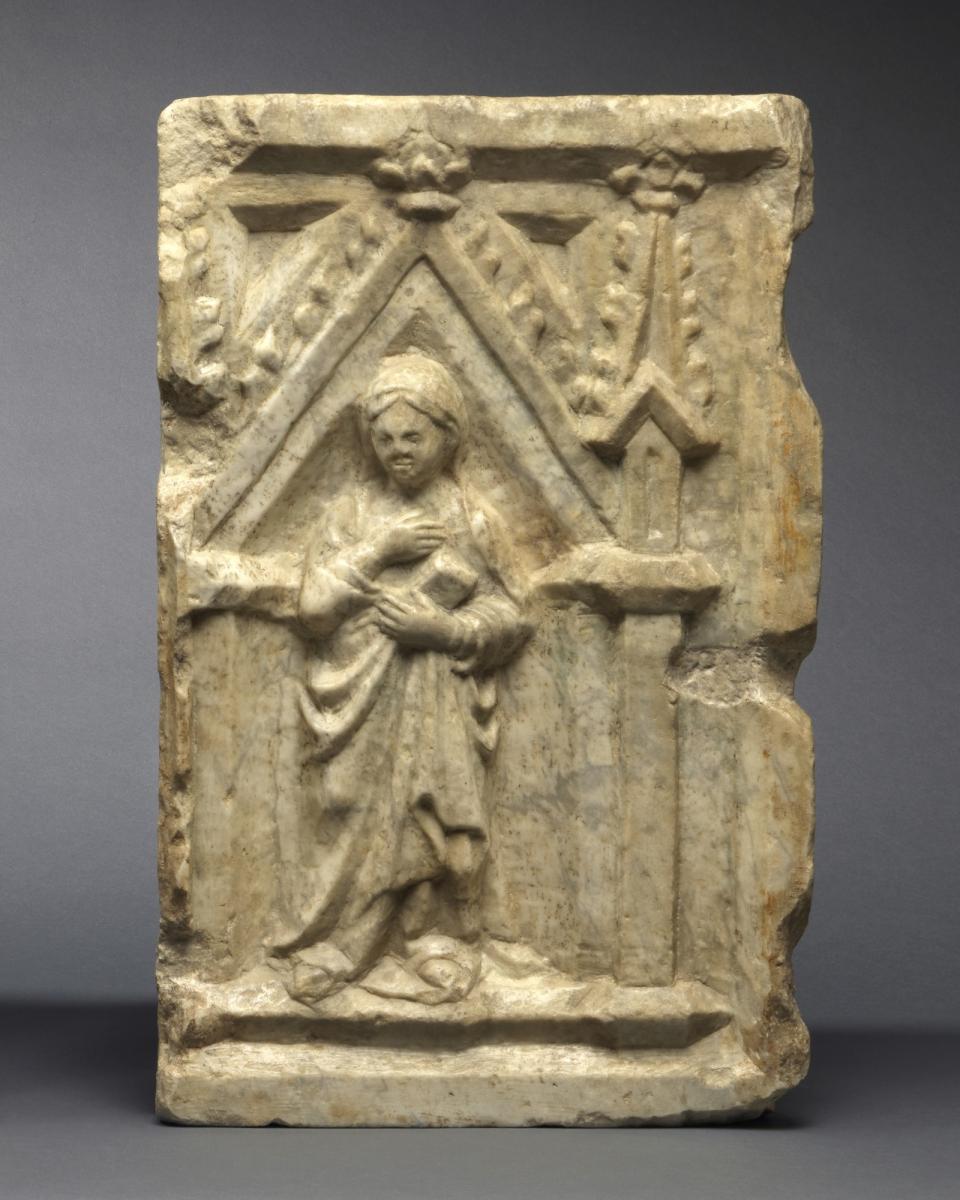 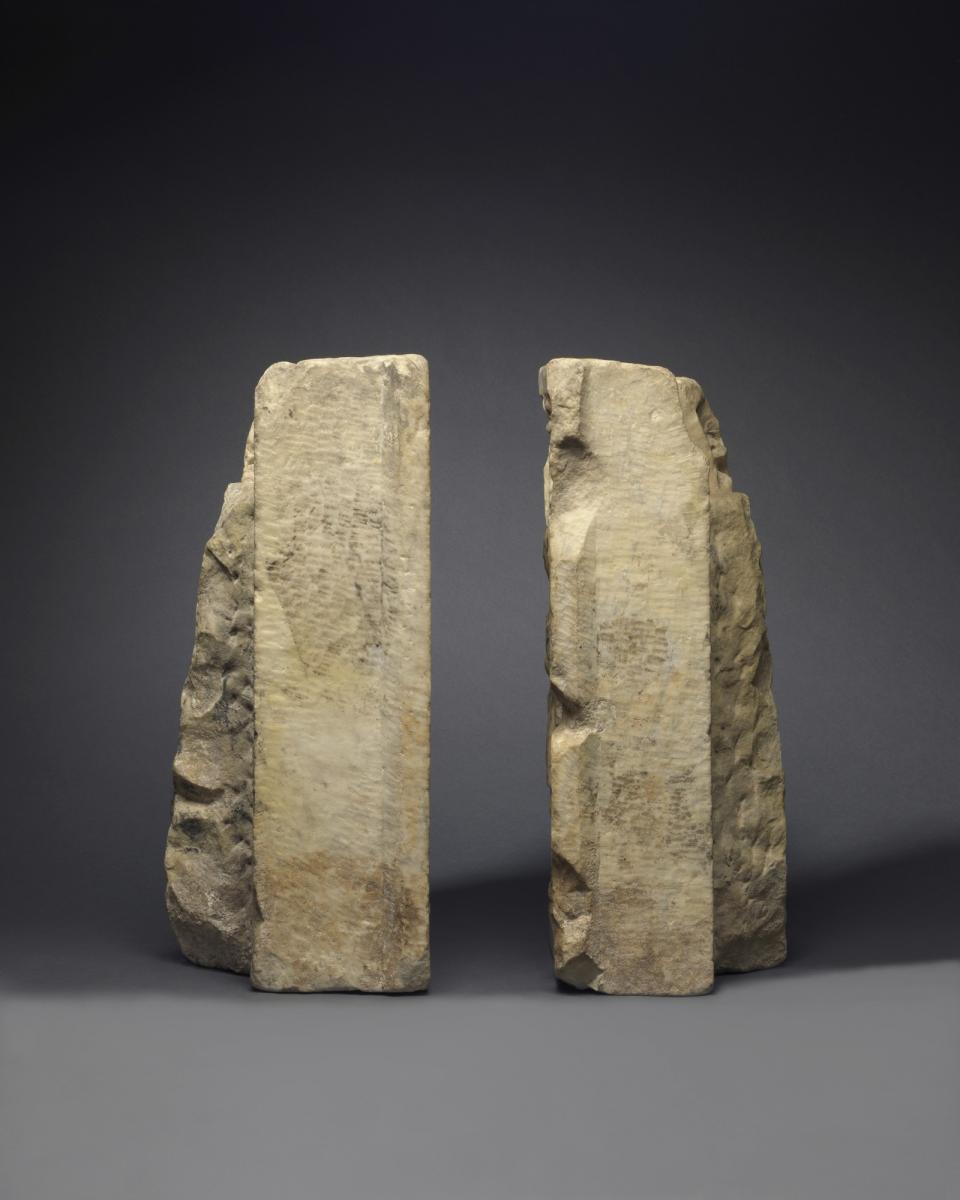 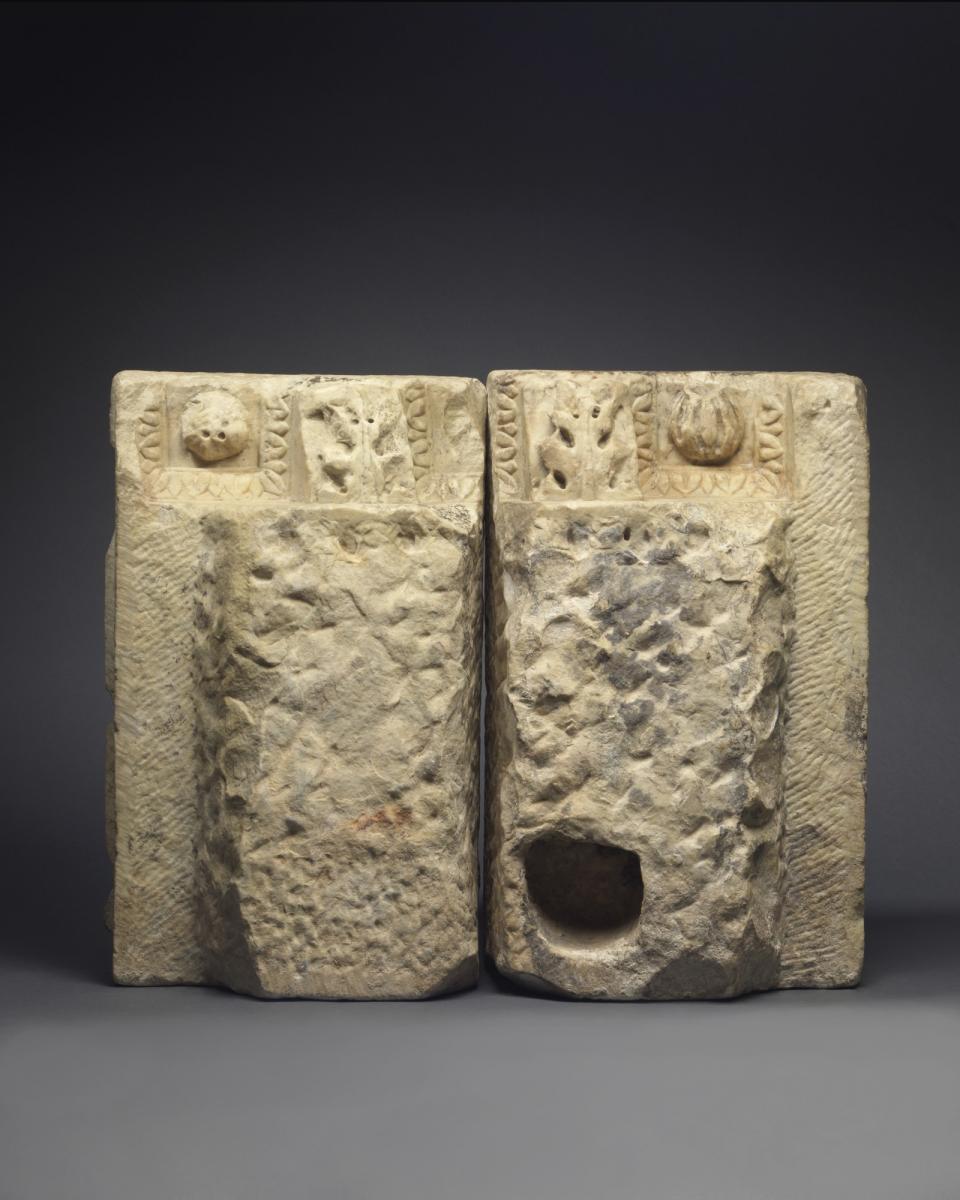 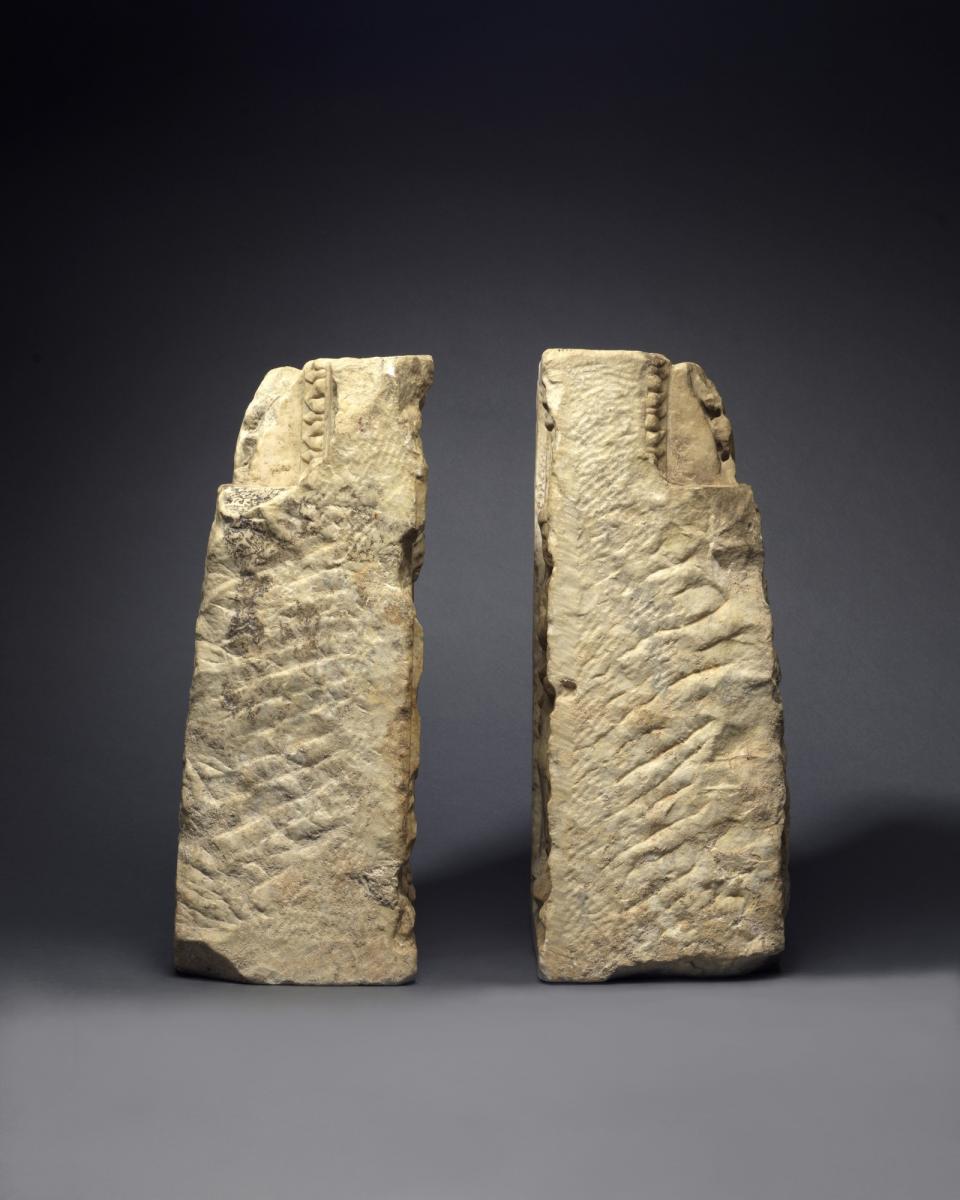 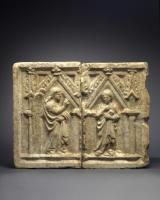 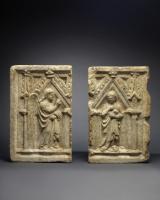 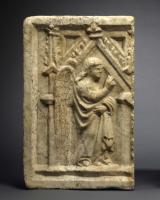 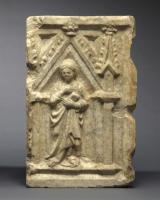 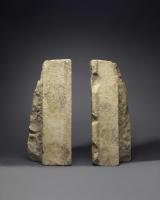 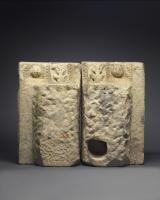 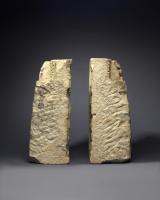 These two extraordinary marble reliefs depicting the Annunciation to the Virgin are fascinating examples of the appropriation in early gothic Tuscany of ancient architectural elements and the conversion of classical remains into Christian works of art.

Technical analysis of the marble blocks reveals the material to be Carrara in origin and dating from the 1st – 2nd century. The lower four-fifths of the reverses of the reliefs are roughly carved with protruding sections (one with a deep cavity) and flat finely chiselled strips next to the outer edges.

The upper fifth of the blocks comprises the ends of two ornamental bands (one with acanthus leaf), both of which are framed by small leaf friezes. Ornamental marble blocks of this type were used in Roman buildings as pendants as part of ceiling structures.

The Romans built temples, basilicas, baths and theatres in many places around the Mediterranean with Carrara marble having been used more in the western Mediterranean. In all these locations such buildings were used as marble and stone quarries in post-ancient times.

The use of ancient marble as spolia continued throughout the middle ages, the medieval representations of the reworked material often providing, as with the present reliefs, an indication of the location where the stone or marble was first used and its original purpose or function. 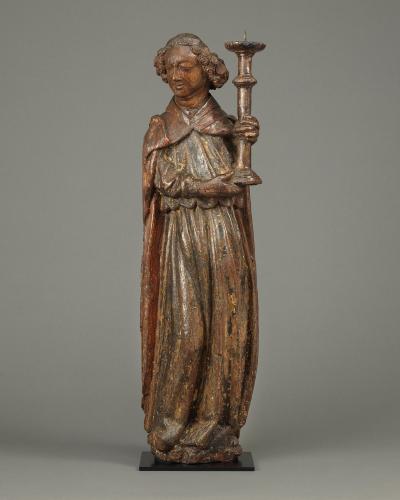 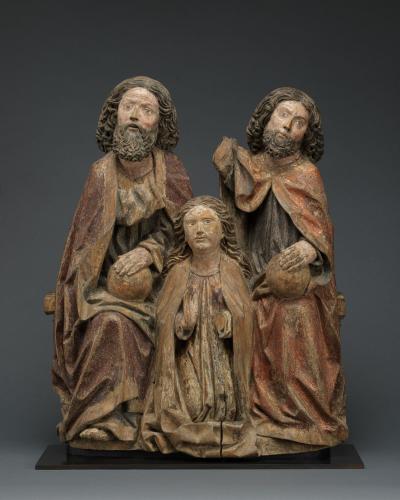 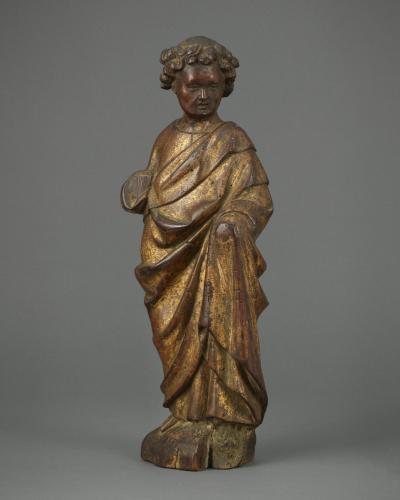