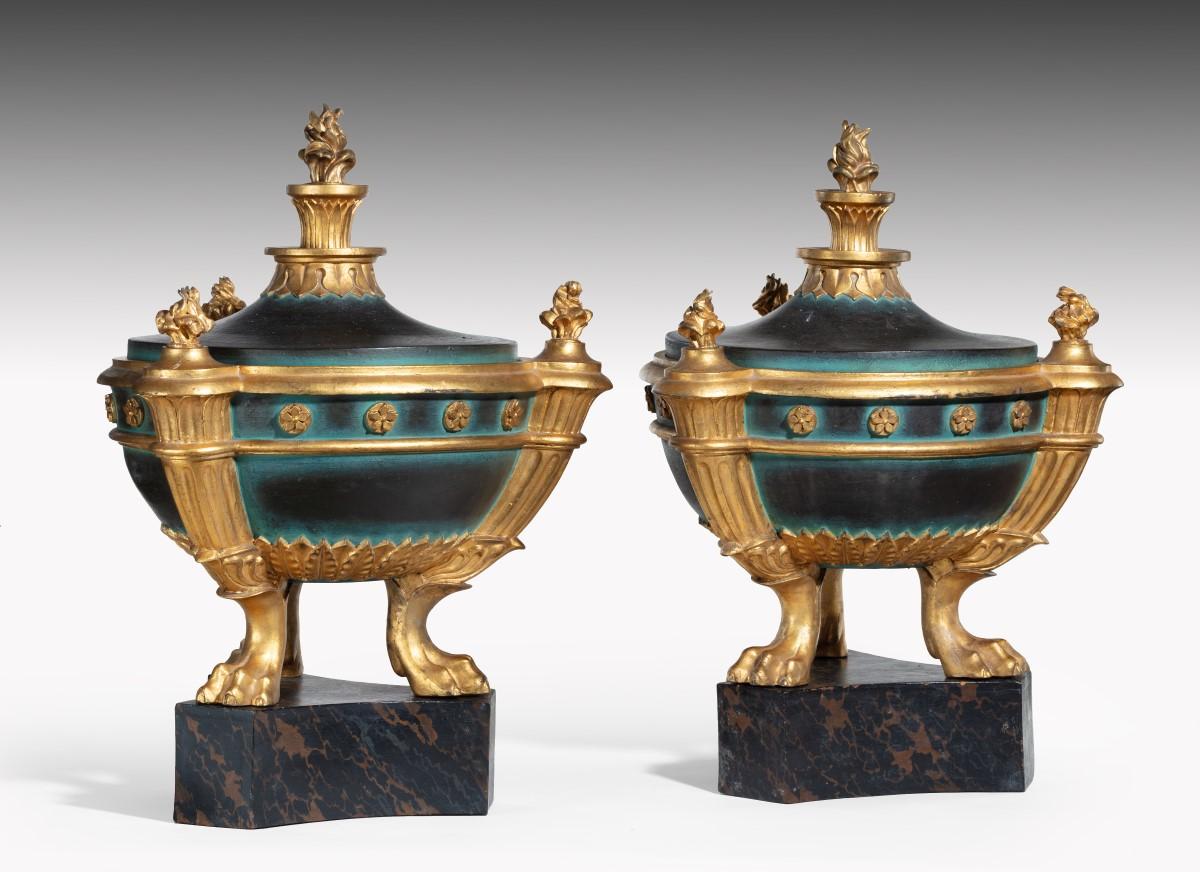 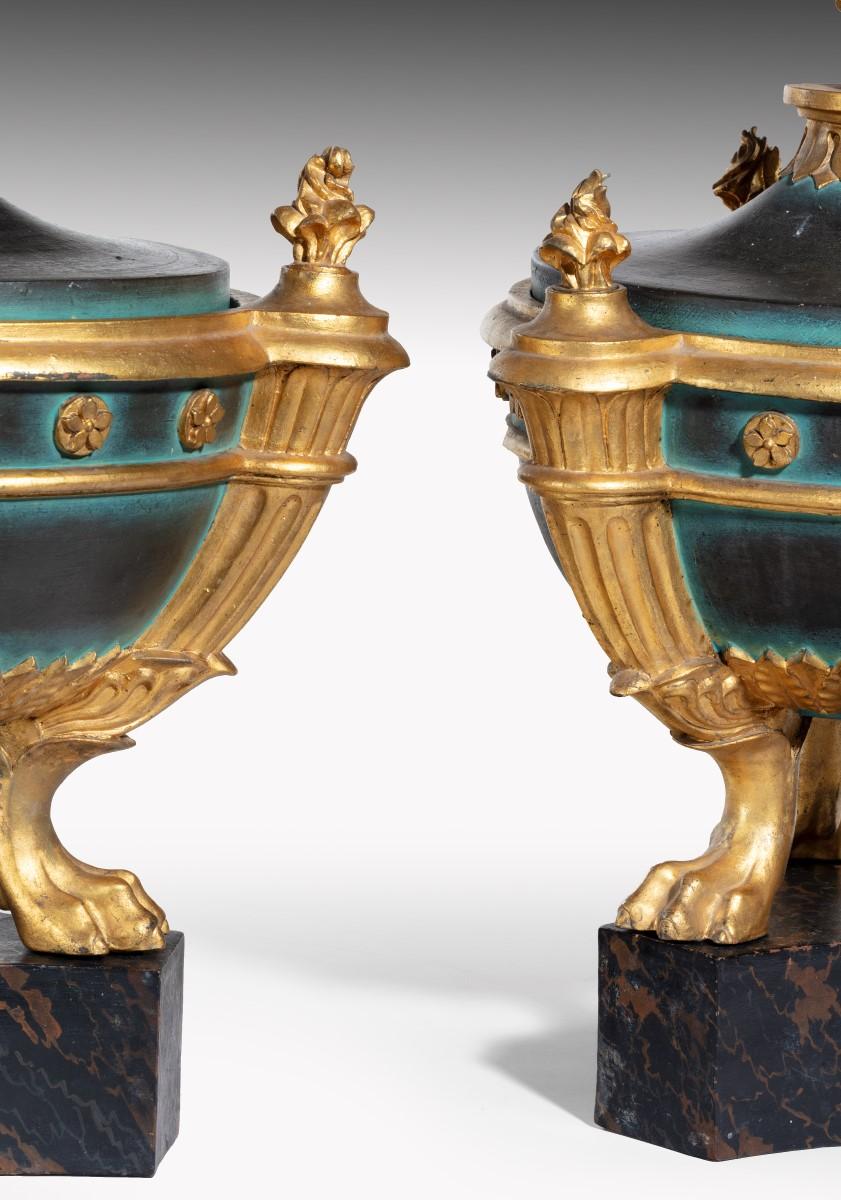 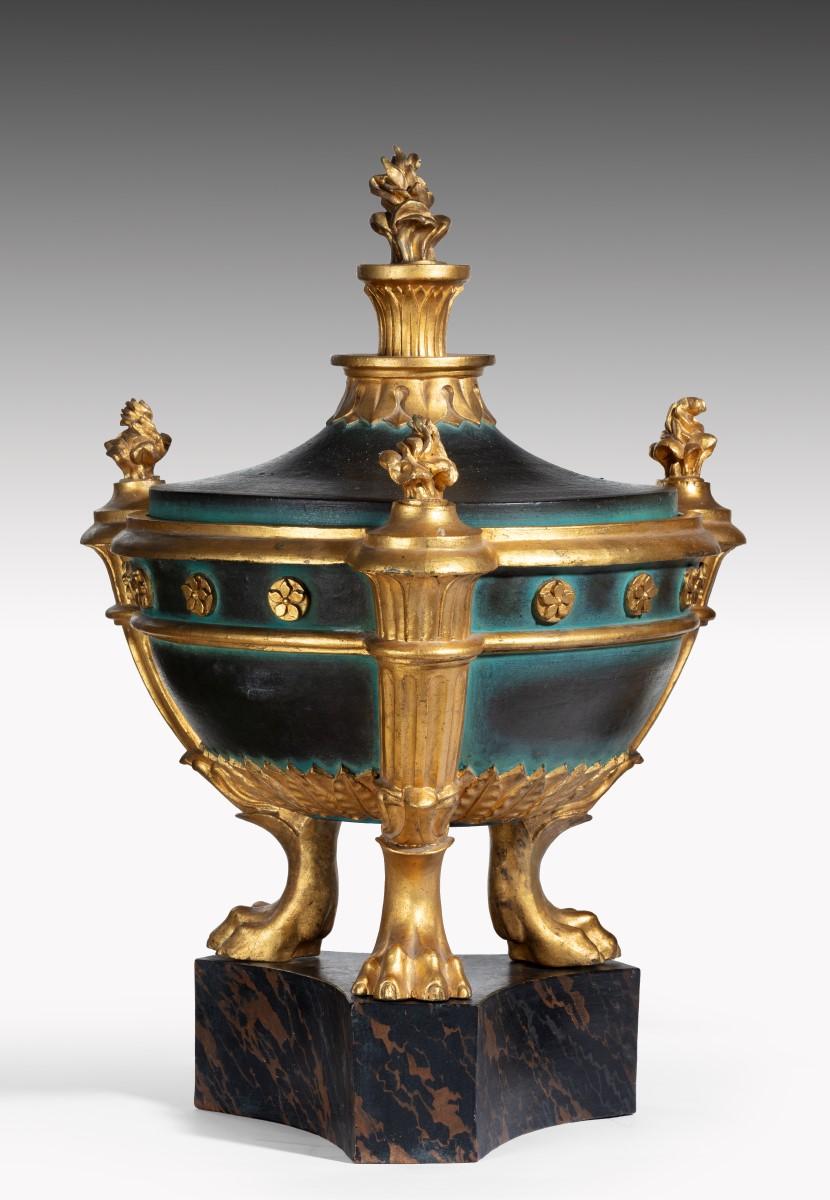 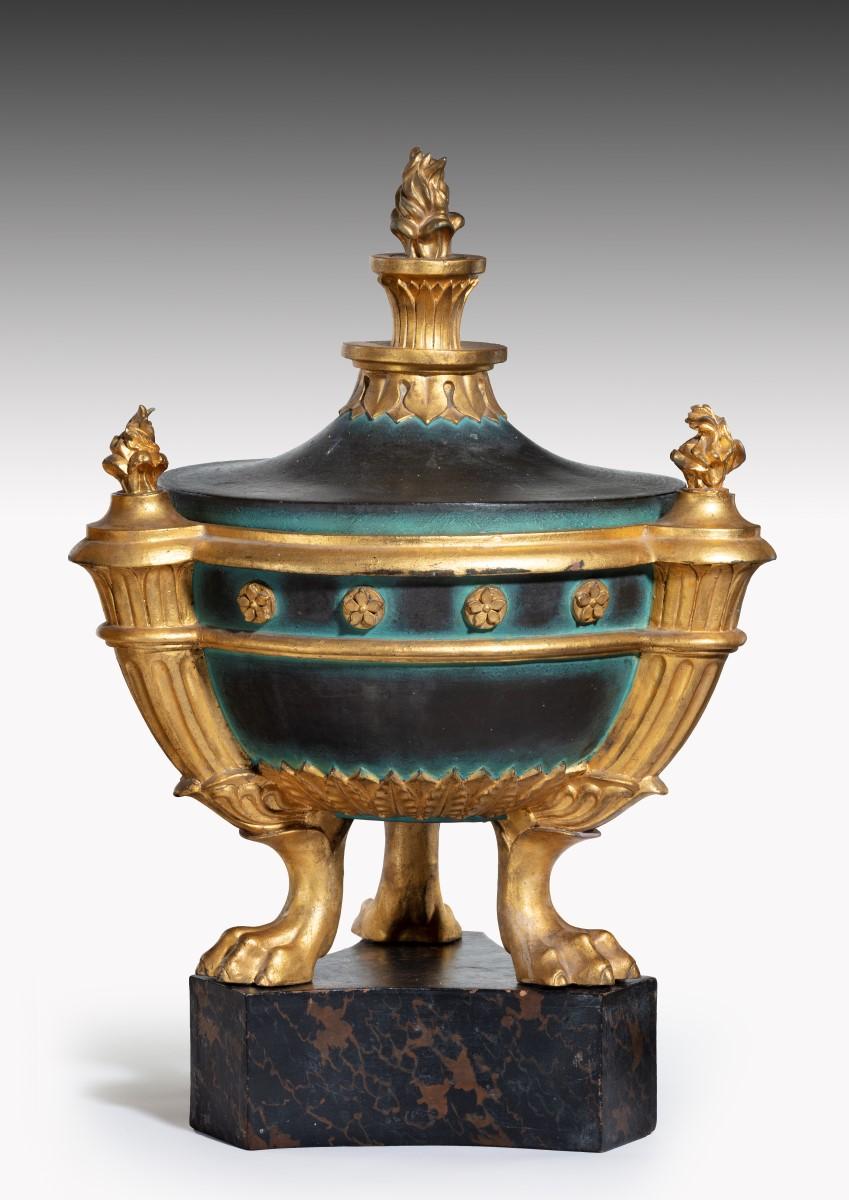 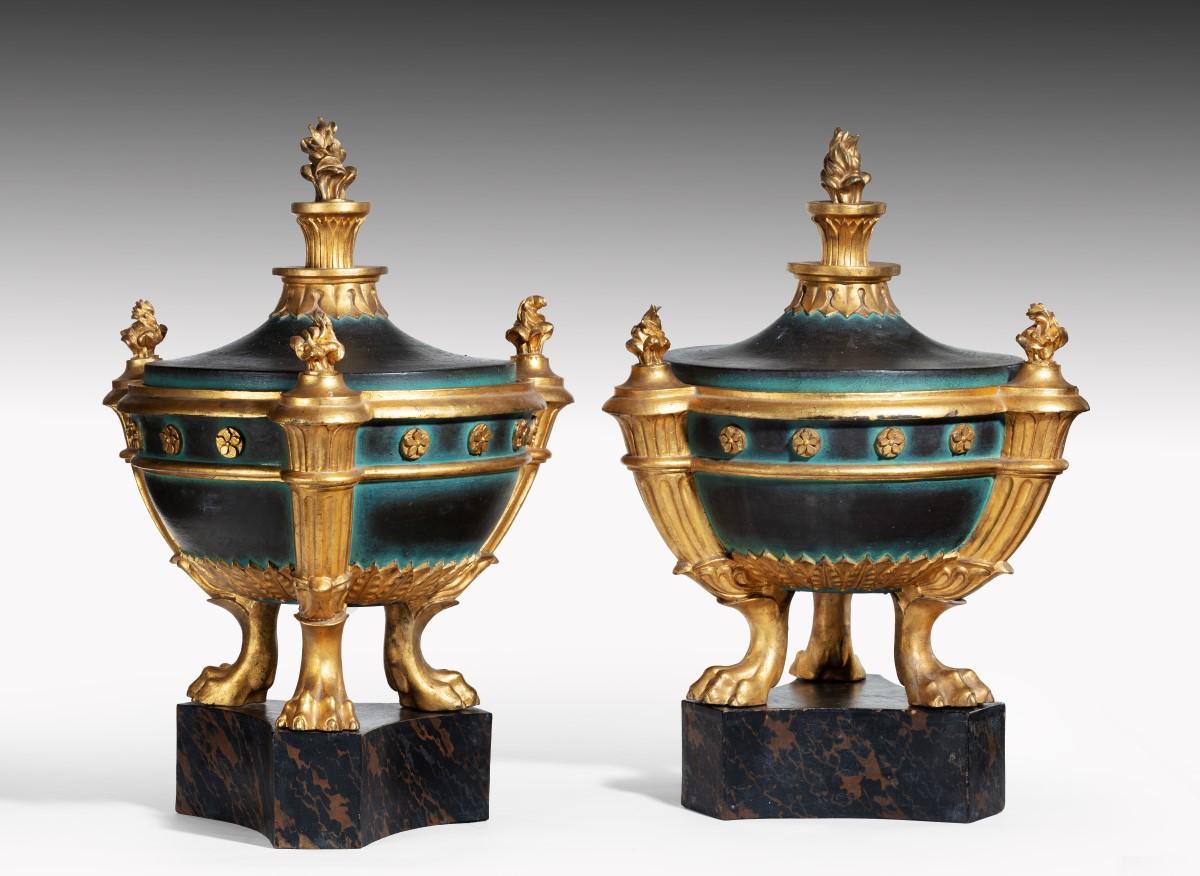 Each of ovoid form, with four removable flame finials, on simulated marble bases.

These rare terracotta vases reflect the Swedish taste for French and Italian neoclassical and Empire furniture which had such a profound impact on the interior decoration in Northern Europe.

Skottorp Castle, Sweden: Skottorp Castle was completed in the 1670s for the Royal Secretary Frans Joel Örnestedt, designed by Nicodemus Tessin the Elder on the model of Vaux-le-Vicomte in France. In 1813 it was purchased by the Commercial Councillor Peter Möller (d.1831), who had made his fortune during the Napoleonic wars as a result of Napoleon’s blockade, which prevented Britain from trading with the rest of Europe. At this time Skottorp was in poor condition, and Möller commissioned the architect and Court Intendant Carl Fredrik Sundvall (1754-1831) to completely redecorate the castle between 1816-1828, resulting in some of the finest Empire interiors in Sweden. The design for these vases is in all probability attributable to Sundvall, who designed all the elements in the castle’s salon.