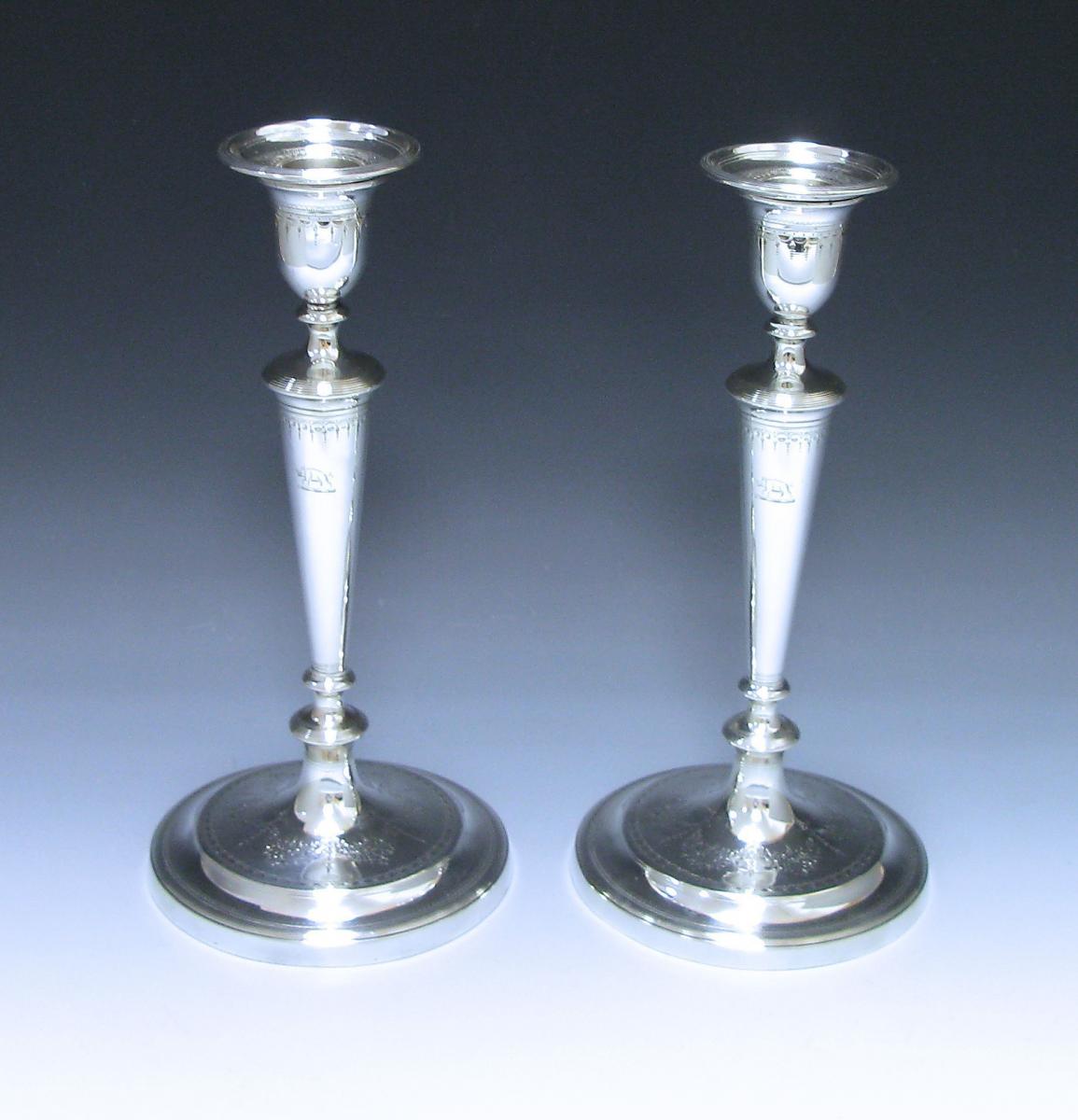 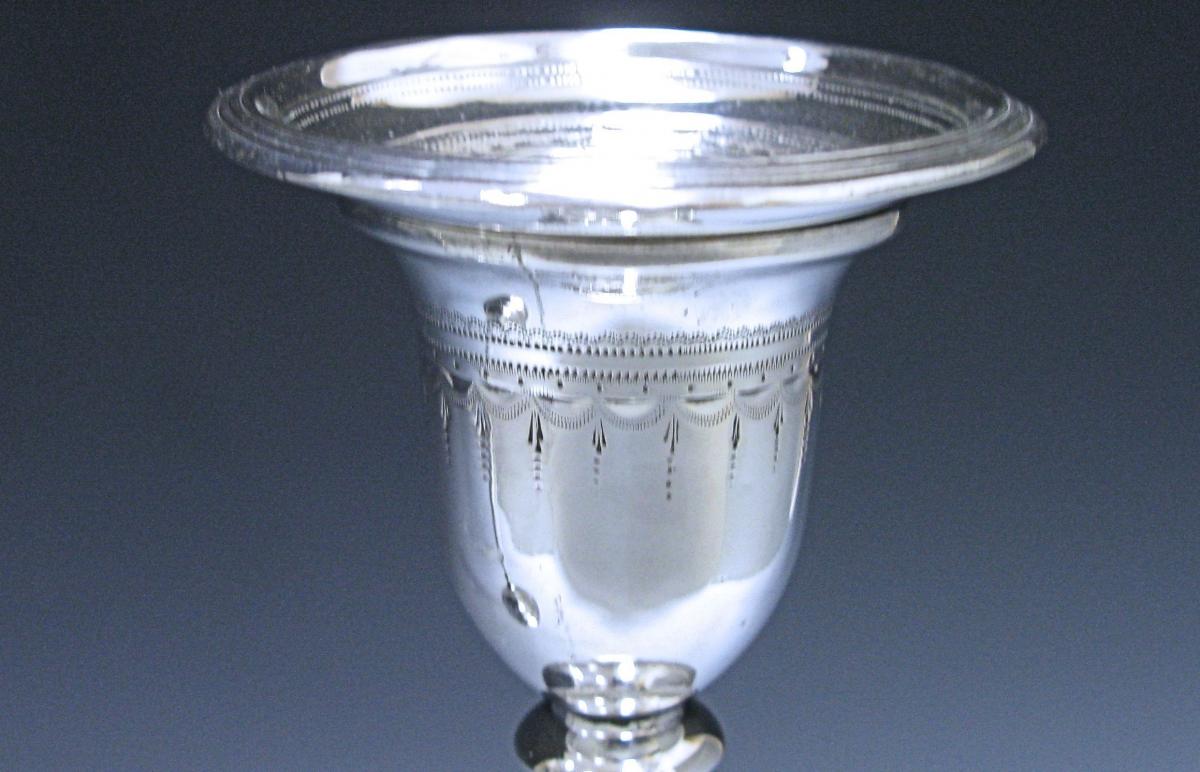 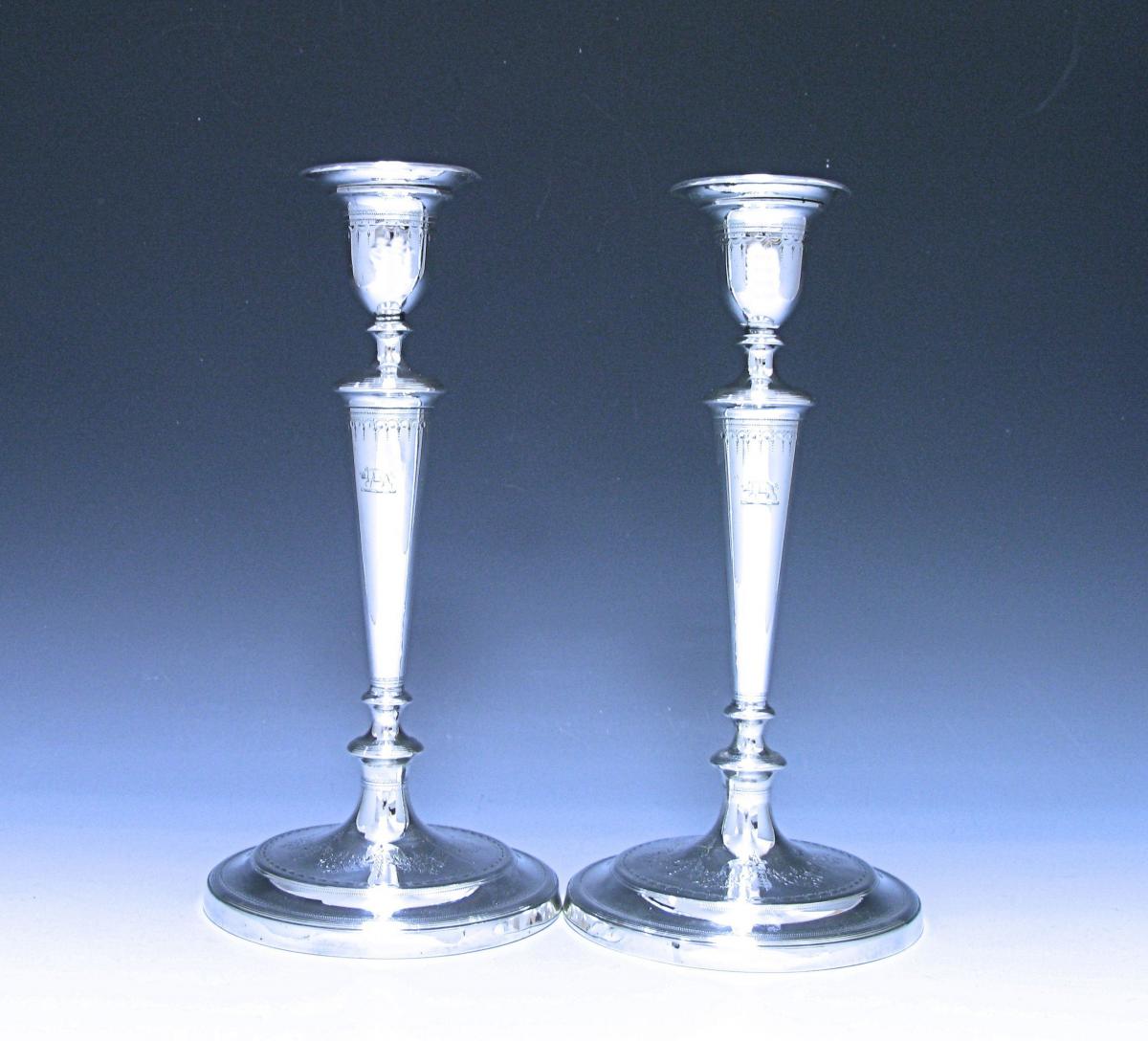 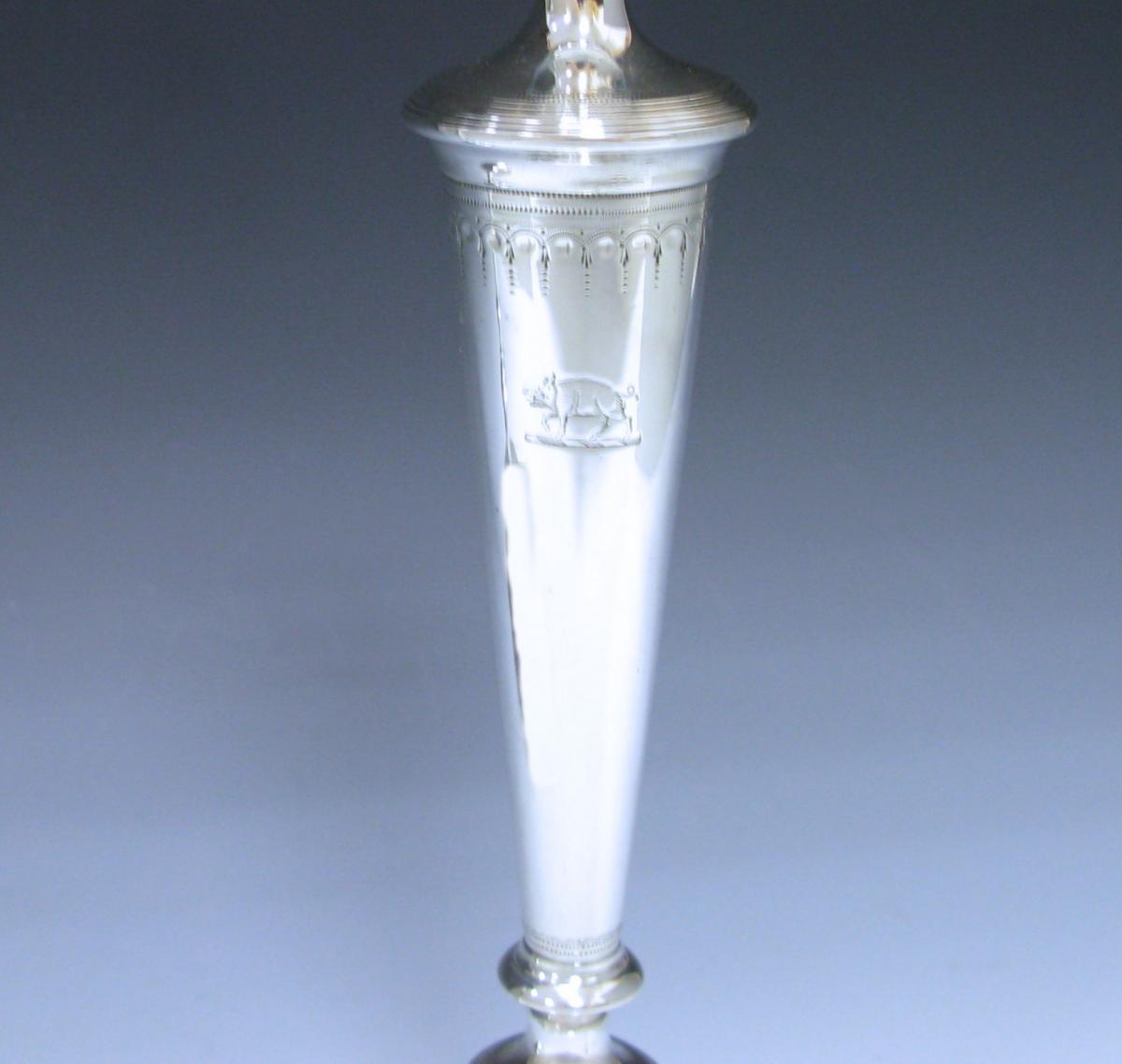 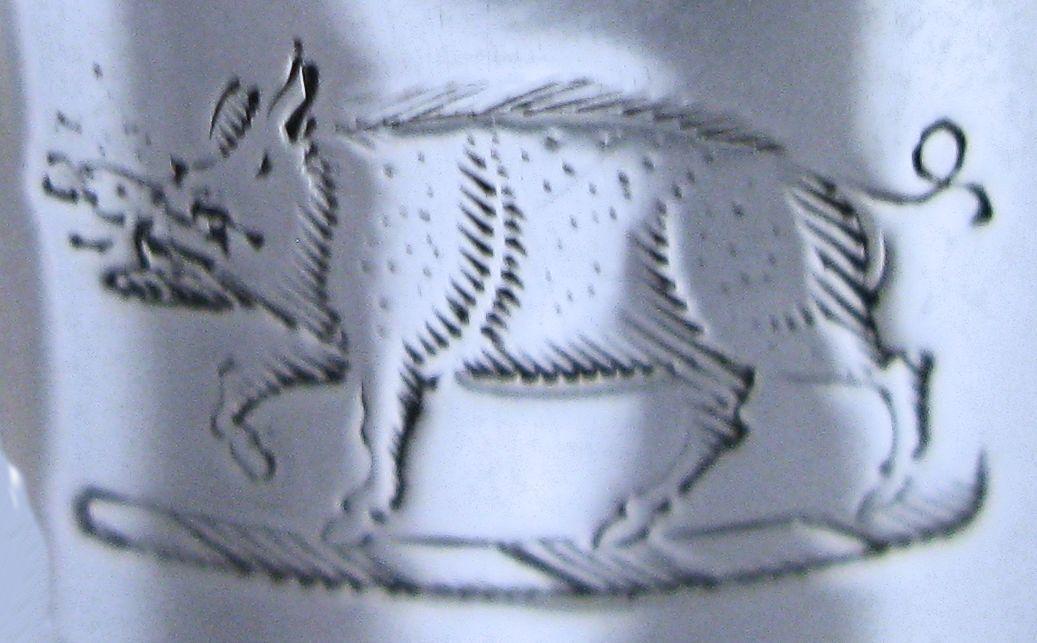 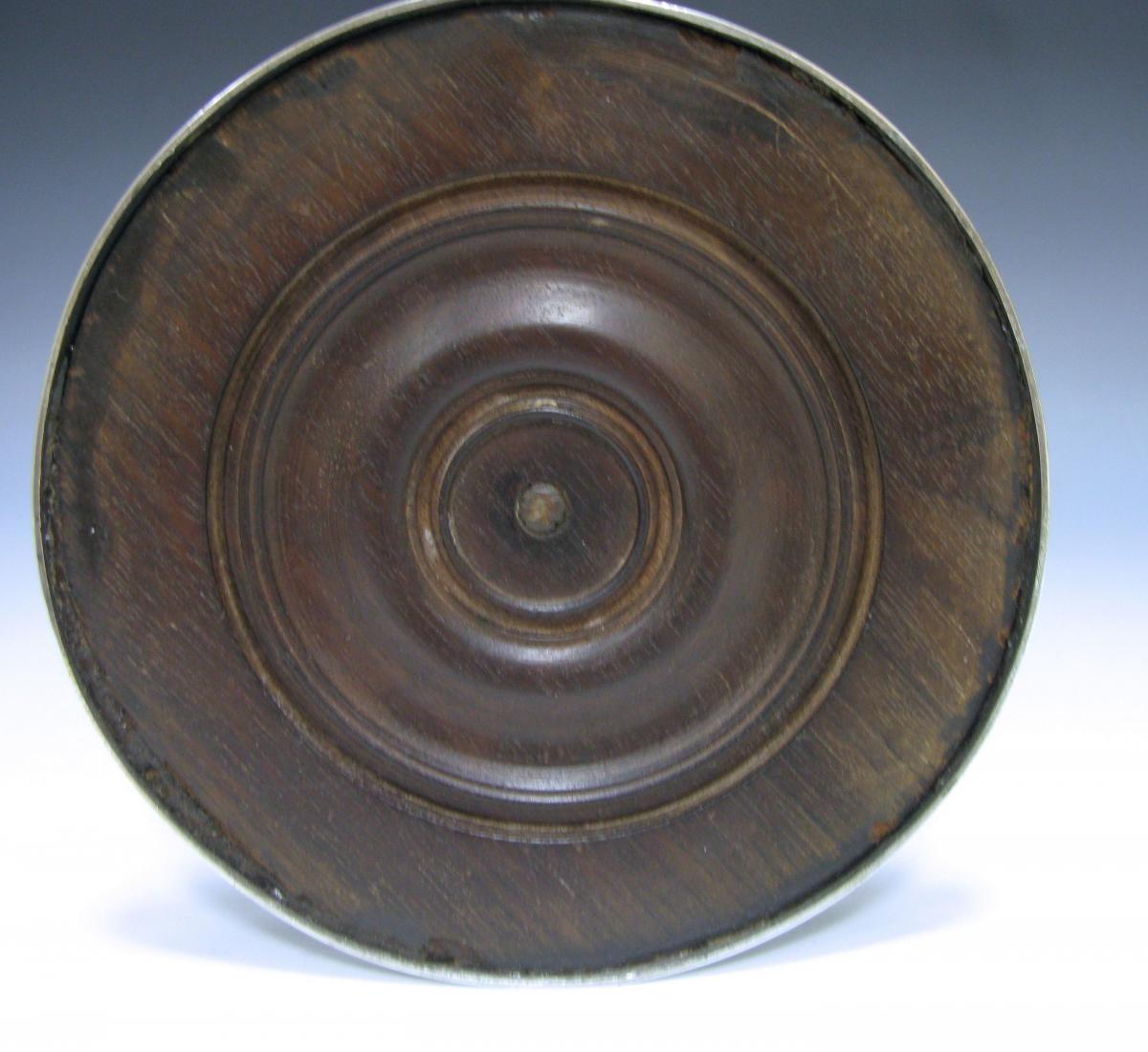 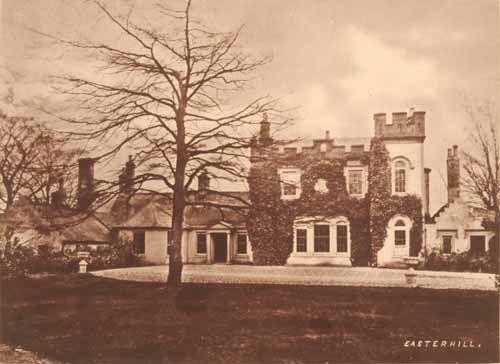 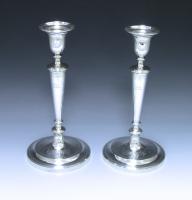 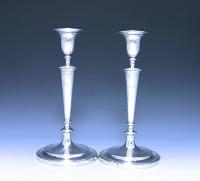 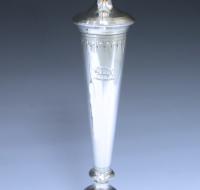 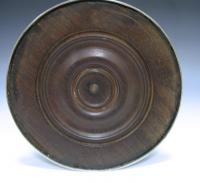 This impressive pair of George III Sterling Silver Candlesticks, have V shaped columns which surmount the round bases, each of which have bright cut engraving, depicting bows, swags and foliage. The engraving is quite superb and not often seen on candlesticks - engraving was more common on tea ware and Salvers and trays.

The underside of the bases still bears the original wood. The upper portion of each column is encompassed with further bright cut engraving, reflecting that on the sconces. The columns are also engraved with crest of the tobacco merchant Robert Findlay, of Easterhill Glasgow .

EASTERHILL is situated on the right bank of the Clyde, about three miles eastward from Glasgow, on the London road. In ancient times, the lands formed part of easter Dalbeth, by which they are bounded on the west. Easterhill property extends to about seventy acres, and in the reign of Queen Anne it belonged to John Wardrop of Dalbeth.

Mr. Findlay was son of the Rev. Dr. Robert Findlay, Professor of Divinity in Glasgow College. He entered the Merchants' House in 1778, and in 1797 was Dean of Guild. Mr. Findlay espoused a daughter of Robert Dunlop of Househill, (3) fourth son of James Dunlop (the second) of Garnkirk, and one of the original partners of the Ship Bank.