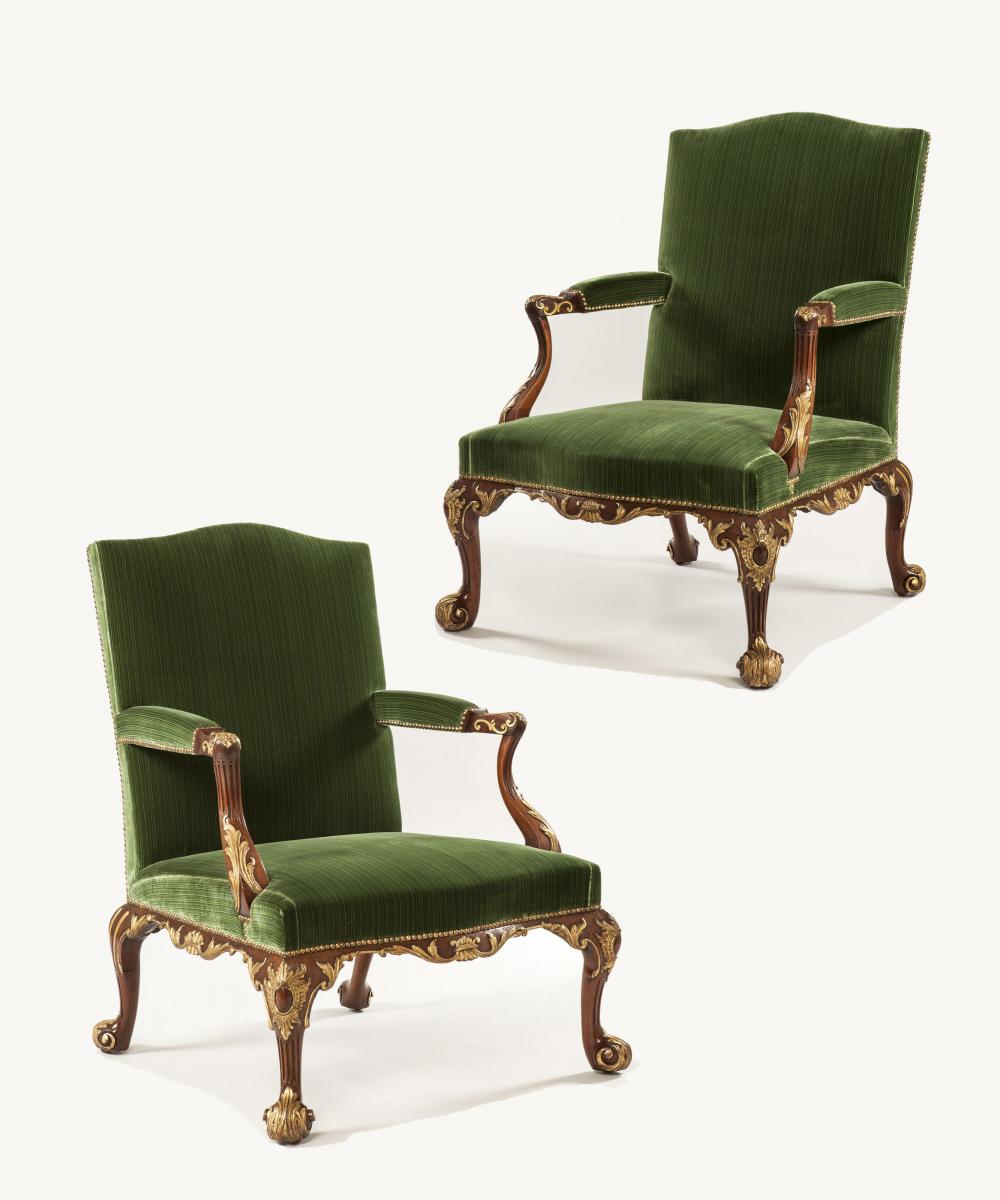 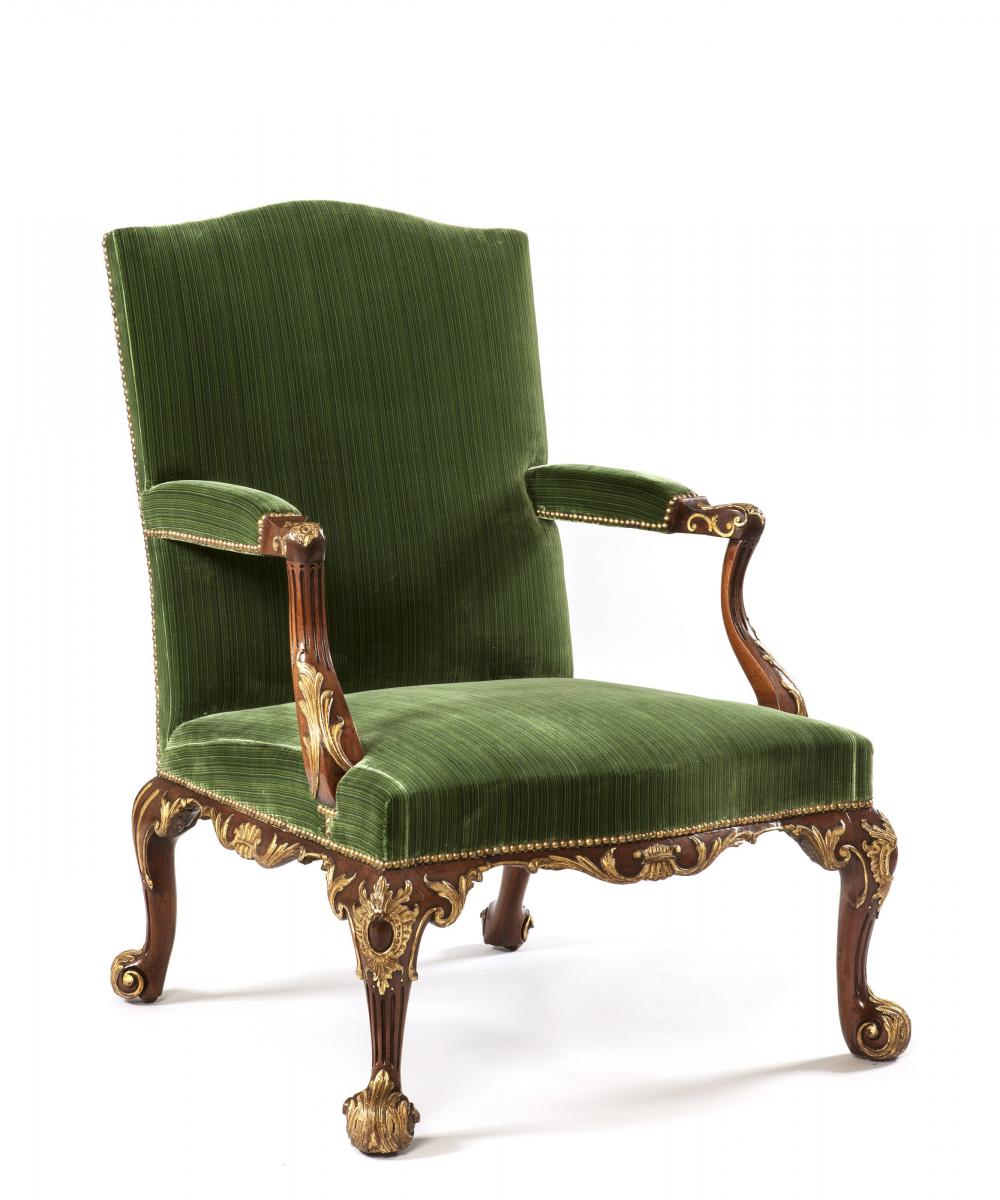 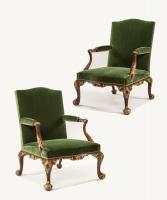 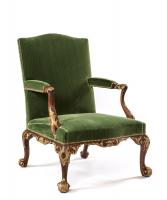 This pair of chairs were almost certainly part of a suite comprising at least eight armchairs and two sofas that were in the possession of Charles Joel Duveen in the early 20th century and subsequently with Phillips of Hitchin in 1948. By 1978 the suite had been divided and this pair were sold by the dealer Trevor in 1978.

Their design bears such a close resemblance to a suite supplied in 1757 for the 1st Earl of Leicester at Holkham Hall, Norfolk by the leading cabinet-maker, upholsterer and 'Tapestry Maker to His Majesty' Paul Saunders, that he is believed to be the maker of both suites.

Saunders was likely to have been introduced to Lord Leicester through another cabinet-maker William Bradshaw, who was recorded working at Holkham in the 1740s.

It is certainly possible that he was influenced by Bradshaw's work, which is strikingly similar as may be seen in comparing Bradshaw’s set of four armchairs from Chesterfield House, now in the Metropolitan Museum of Art in New York.