A Pair of George III Carved Mahogany Side Chairs 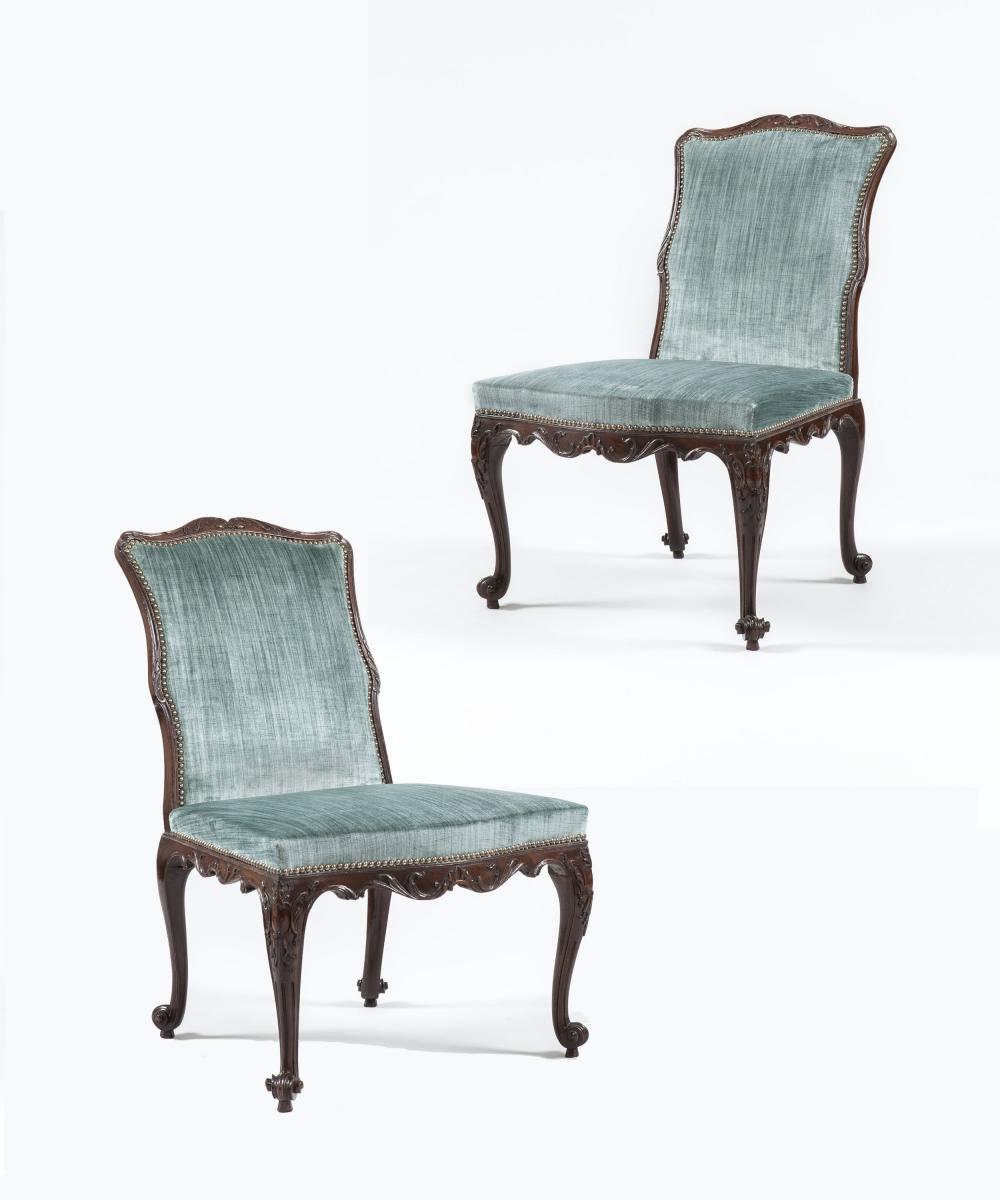 The chairs are of a design described in contemporary pattern books such as Thomas Chippendale’s Director and Mayhew and Ince's Universal System as 'French Chairs'.  This example bears a number of characteristics associated with the work of Paul Saunders.

An attribution can be considered on the grounds of close affinities with a set of six armchairs and a set of nine single chairs probably supplied to the 1st Earl of Leicester for Holkham Hall, Norfolk by Paul Saunders in 1757 (see: Anthony Coleridge, Chippendale Furniture, 1968, pls. 378-379).

Paul Saunders (b.1722-d.1771) supplied furnishings for both London and country house clients in the 1750s and 1760s, including Holderness House, London, Petworth House, Sussex, Holkham House, Norfolk and Stowe, Buckinghamshire. His initial training was as an apprentice to the upholsterer Michael Bradshaw in 1738.

The latter was probably related to George Smith Bradshaw who became his business partner after 1750. The partnership ended in 1756, but Saunders was able to maintain part of the workshop located in Sutton Street near Soho Square. In 1757 he was appointed 'Tapestry Maker to the King' and in 1761 he attained the additional role of 'Yeoman Tapestry Taylor' in the Great Wardrobe, both of which positions he held until his death.