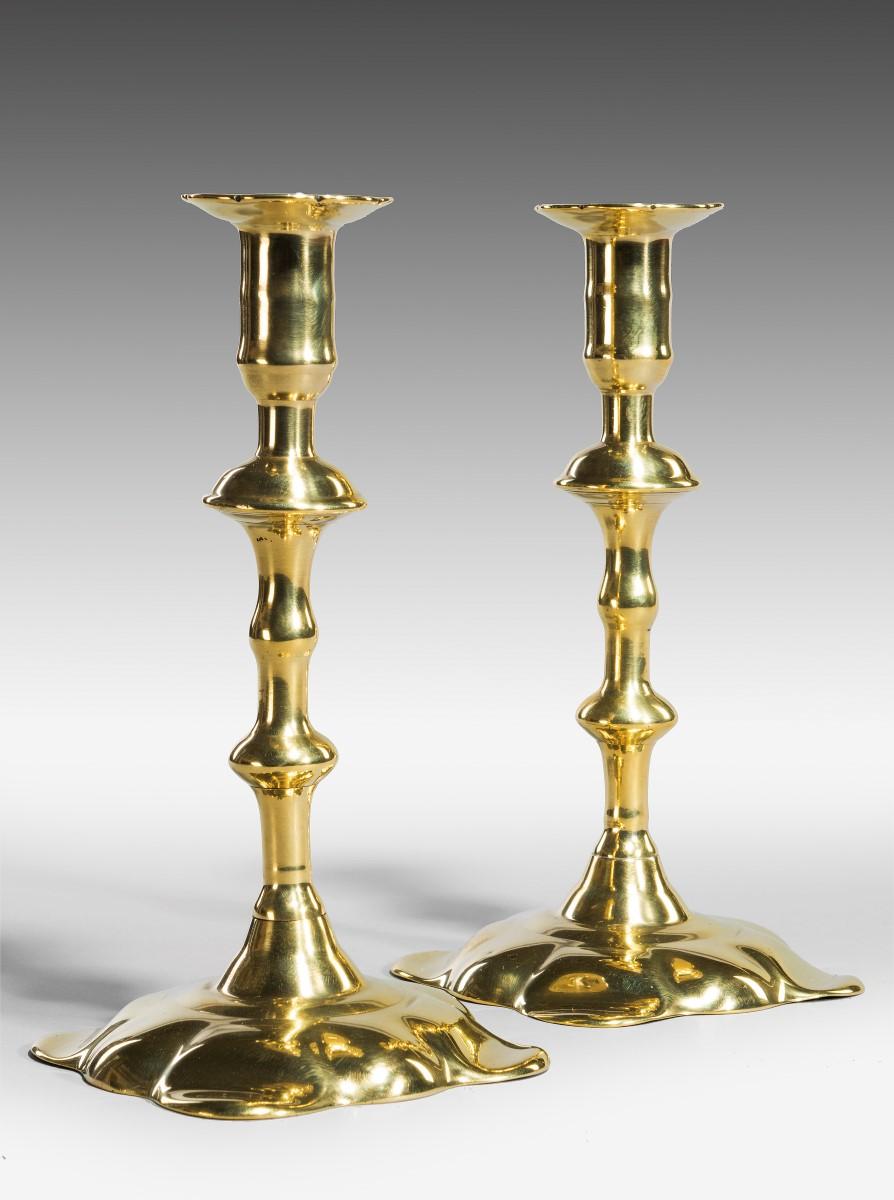 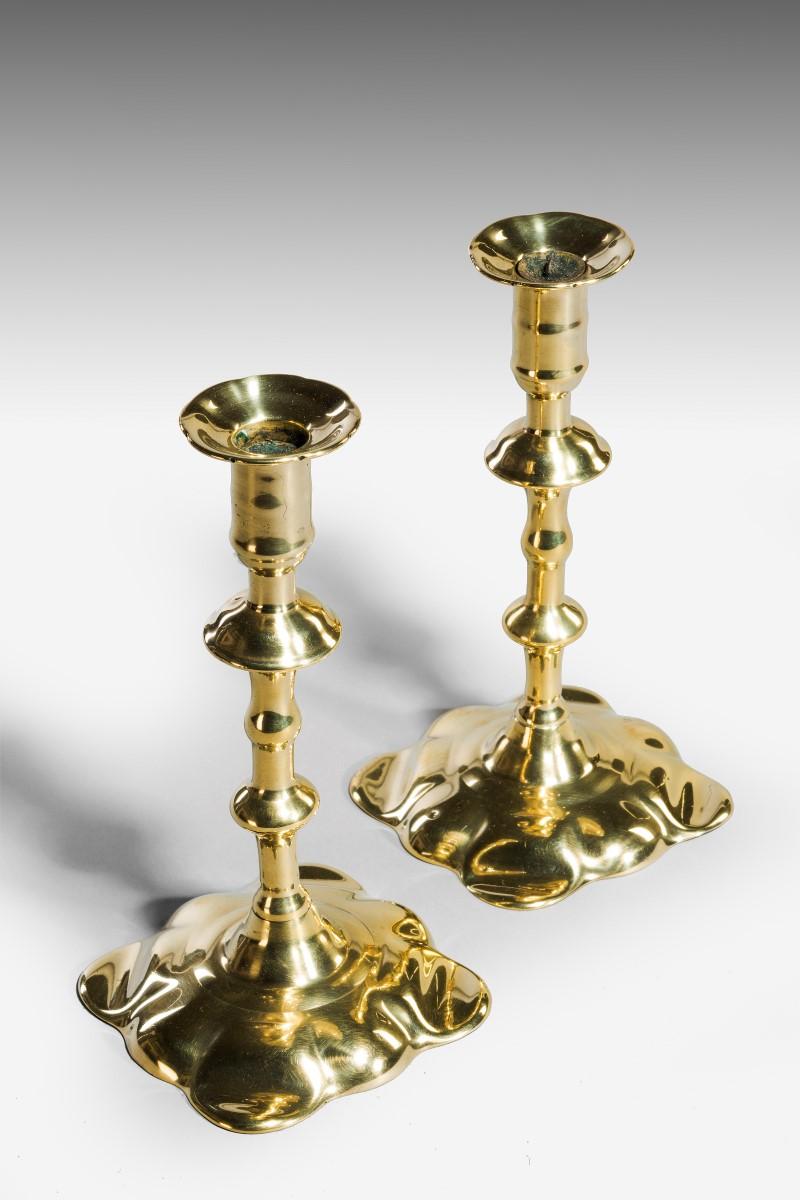 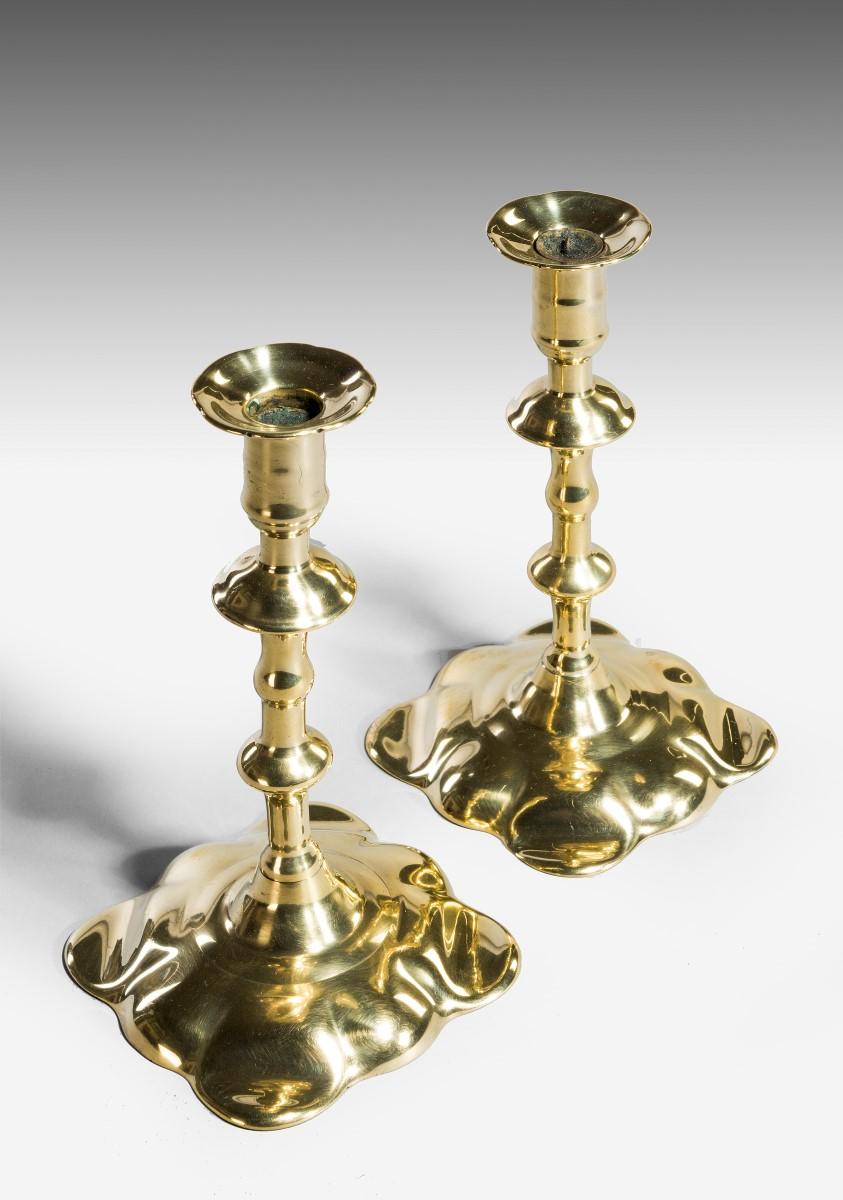 Both cast with maker’s mark, stamped on the base: ‘GEO. GROVE’.

In A Study Collection of Marked Domestic Brass and other Base Metalware c.1600-c.1900 (Marwood House, Devon, 2001), Roderick Butler records the marks of the maker George Grove of Birmingham (fl.1748-1768), revealing that this pair of candlesticks are stamped with Grove’s mark II (image below).

Butler explains that George Grove is variously recorded from 1748-1768, and that the earliest extant ‘Birmingham Directory’ of 1767 lists him as a candlestick maker, just a year before his death. Butler illustrates four candlestick patterns made by Grove (figures 60-63, p.42). Figure 63 shows a similar candlestick design (see image below).

Eloy Koldeweij’s ‘The English Candlestick: 1425-1925′ (Christie’s, London, 2001) illustrates a comparable pair of brass candlesticks made by George Grove, also stamped and with petal bases, cat. 103, p.126 (see image below). These are also both cast with maker’s name, stamped in a semicircle on the inside of both bases: ‘GEO. GROVE’.