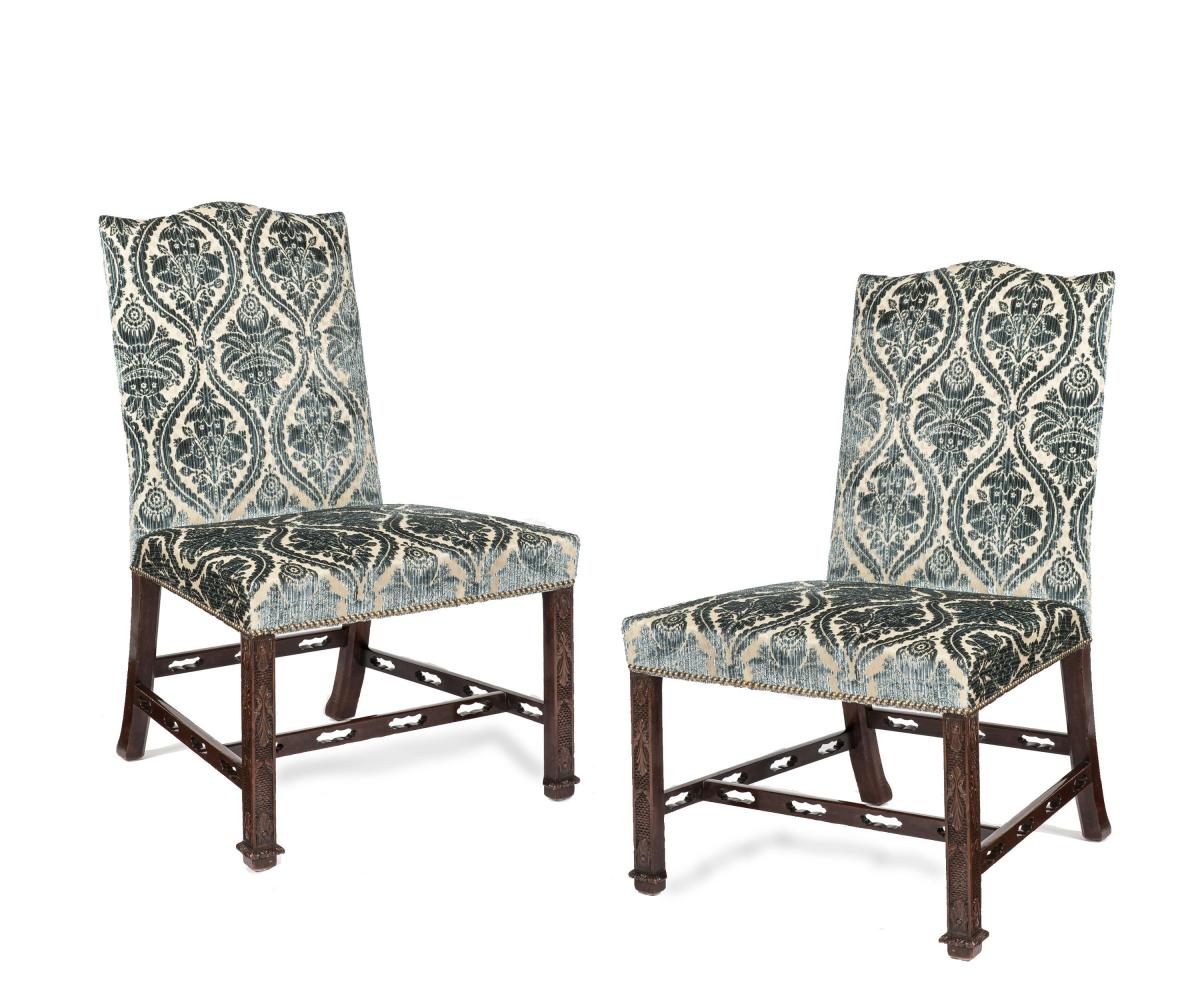 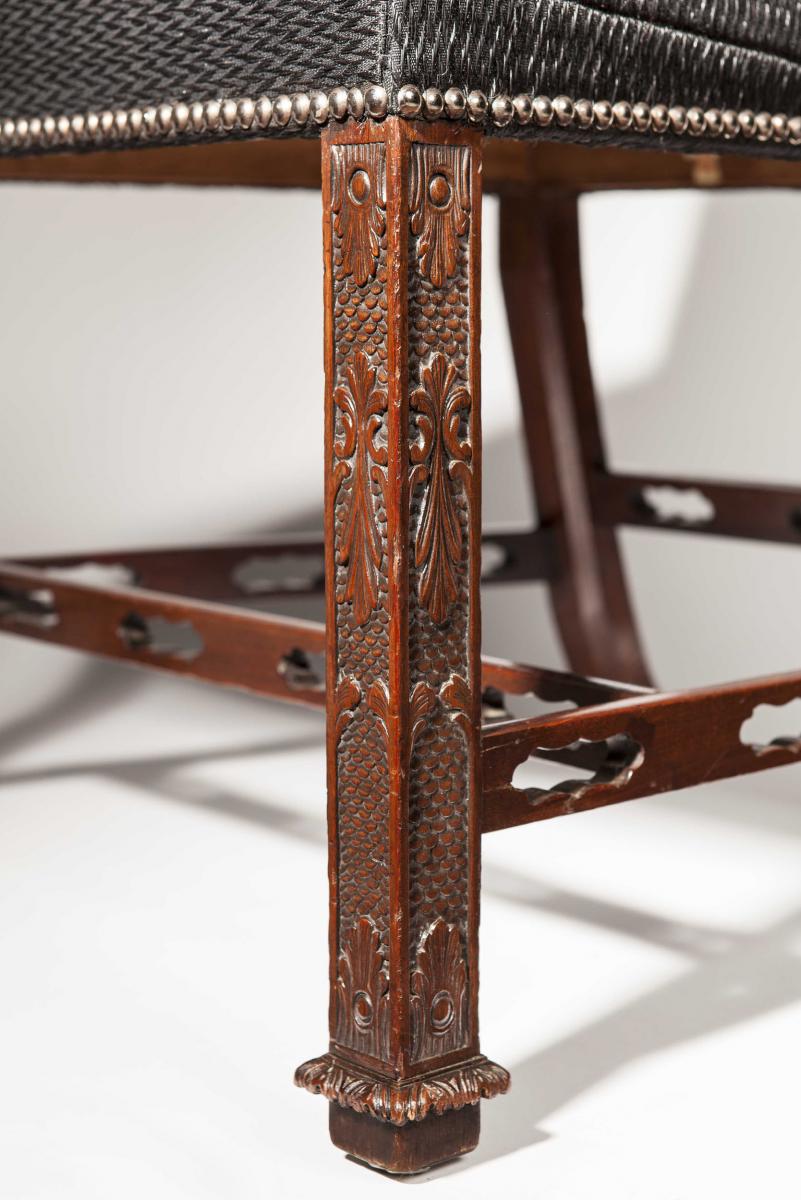 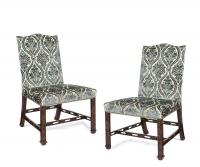 These upholstered and serpentine back chairs are supported on four square cut legs united by pierced stretchers.  The rear legs have chamfered edges and sweep backwards.  The front legs are superbly carved in relief with acanthus leaves on a background of 'dolphin' scales.

'Dolphin' scales were a motif favoured during the first half of the eighteenth century by the country's top architects and designers and may be seen in the work of John Vardy and William Kent (he employed them on no lesser commission that the Royal Barge).

The principal cabinet makers on whose work one sees these scales are Benjamin Goodison, the scales appear on his work at Hampton Court Palace, Longford Castle and Windsor Castle and John Gordon, who supplied a suite of approximately 24 chairs to  George Brudenell, 4th Earl of Cardigan (d.1790), at  Ditton Park, who was created 3rd Duke of Montagu in 1766.

Exactly which cabinet maker was responsible for these chairs is not clear at the moment, but the leaf carved moulding at the bottom of the front legs is such an unusual feature that it may well enable us to identify a maker as further research is carried out.